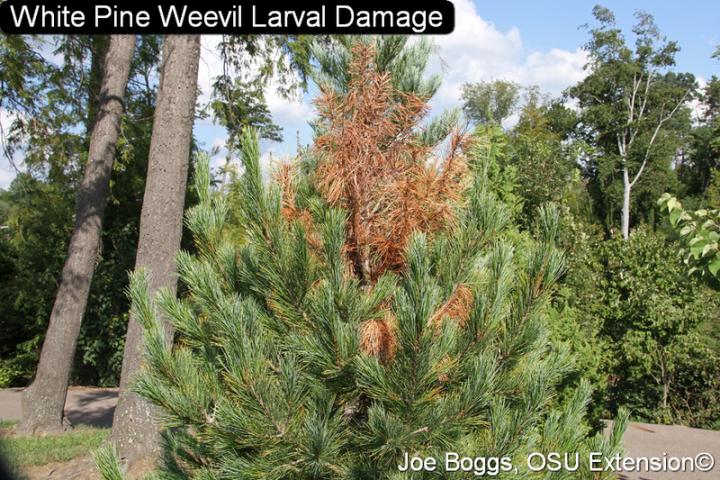 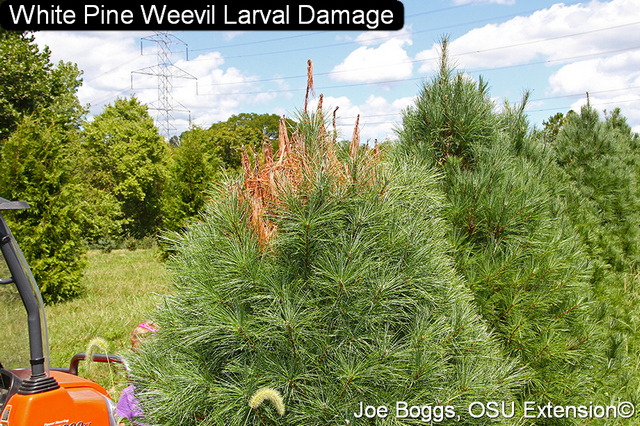 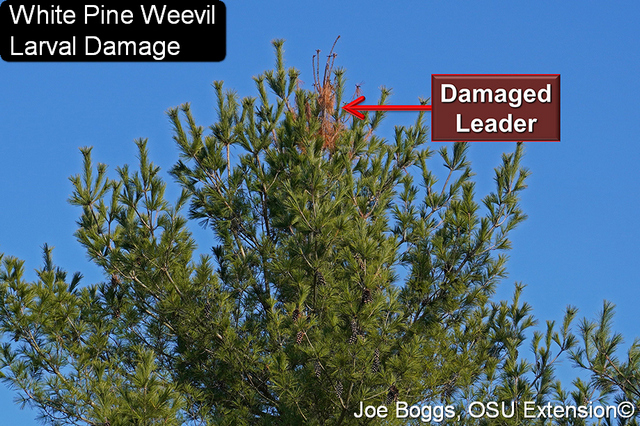 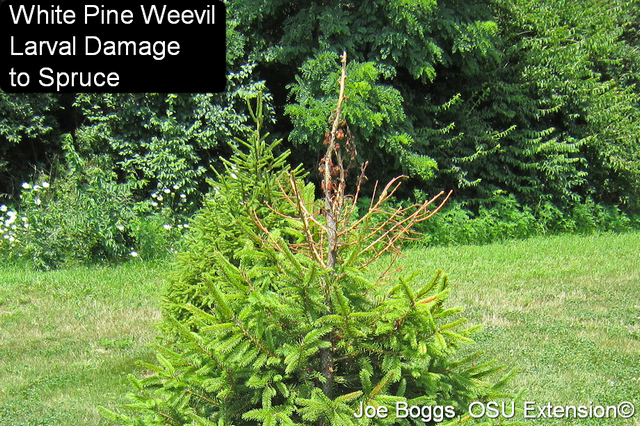 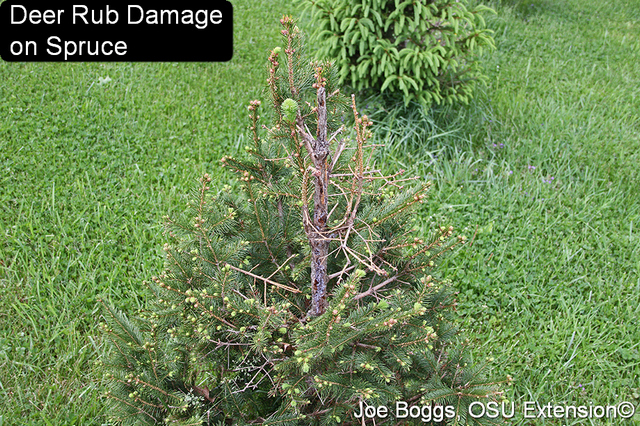 Overwintered females deposit eggs in early spring in the terminals of a wide range of conifers including Douglas-fir, all spruces, as well as Scotch, jack, red, pitch, and eastern white pines.  After the eggs hatch, the resulting white, legless, slightly curved, grub-like larvae tunnel downward just beneath the bark feeding on phloem tissue until pupation.  The tops of weevil-infested trees become wilted, turn brown, and die.  Main leaders are often curved into a "shepherd's crook." 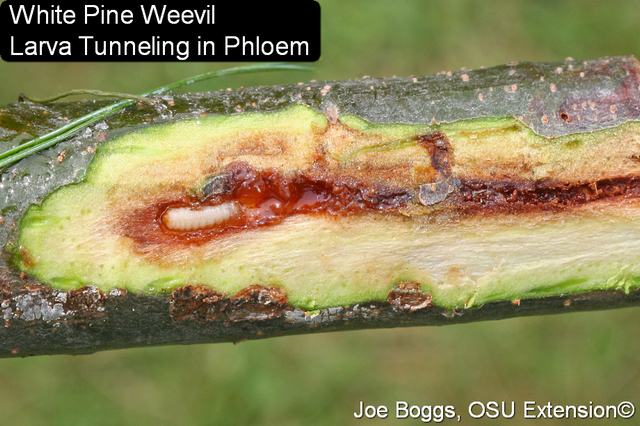 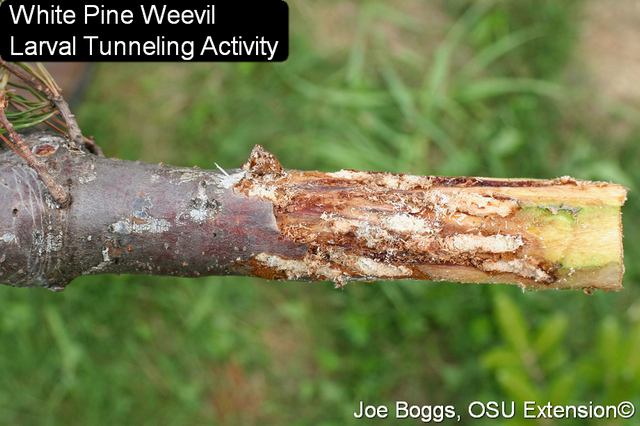 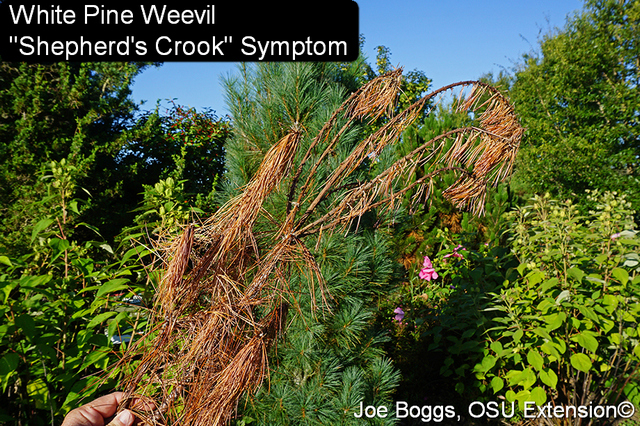 Removing the paper-thin bark from infested leaders will reveal reddish-brown frass (insect excrement) and weevil larvae.  As the larvae near pupation, they form so-called "chip cocoons" by excavating tub-shaped chambers in the xylem and surrounding themselves in Excelsior-like wood fibers. 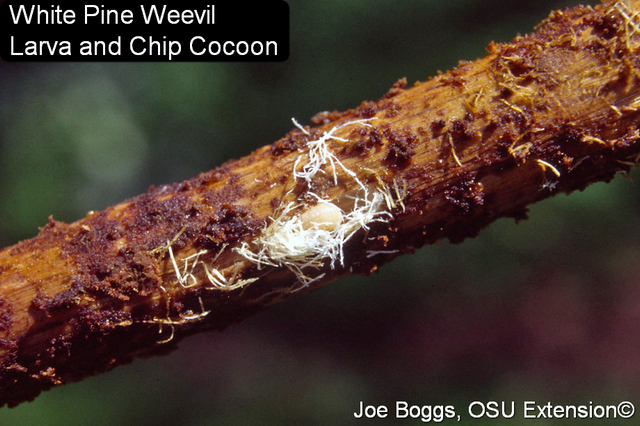 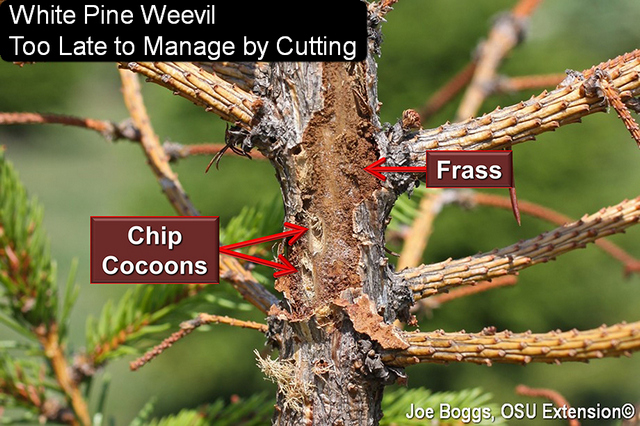 New adults emerge through the bark creating small, round exit holes.  The adults mate and feed on bud and twig tissue; however, their damage is inconsequential.  The weevils then move to the duff beneath conifers to spend the winter. 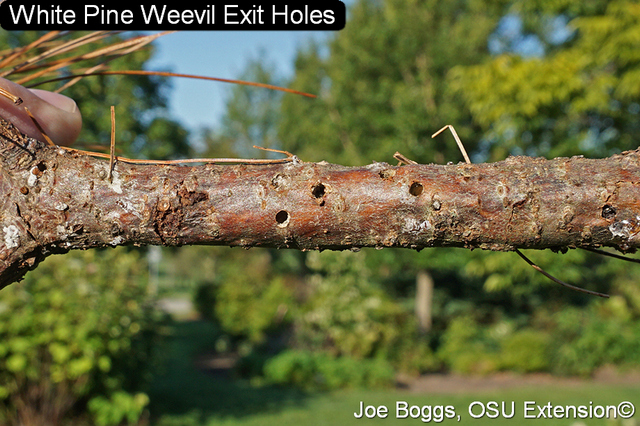 There is one generation per year and populations may be reduced by removing the infested terminals before adult weevils emerge.  Wilted terminals should be pruned from trees and the cut ends closely examined to determine if the cut top contains all of the weevil larvae.

Larval tunnels appear as round to oblong holes in the phloem ring that are filled with reddish-brown frass.  If larval tunnels are found in the portion of the terminal that remains on the tree, another cut should be made further down on the stem.  Infested material must be destroyed since the weevils will complete their development in cut tops left on the ground.  Young conifers typically respond well to training a lateral branch to become a new terminal. 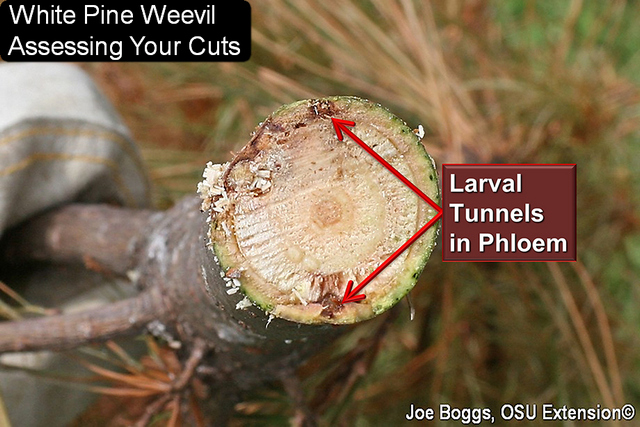 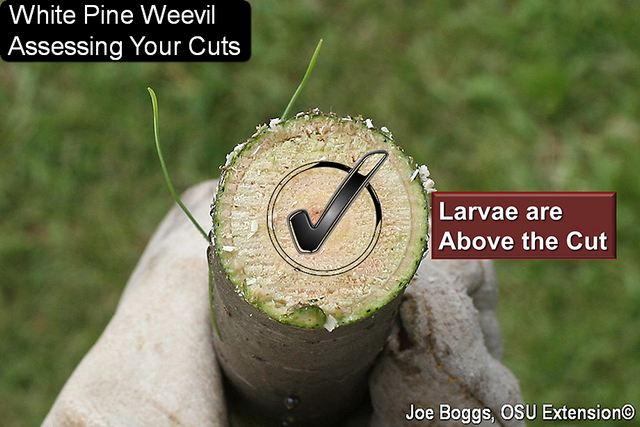 Years of successive weevil damage to terminal leaders in landscape and forest trees will eventually create "cabbage trees" which are short, squat trees with multiple terminal leaders.  The weevil has long been a commonly recognized conifer pest in the northeast part of Ohio, particularly in nurseries and Christmas tree plantations.  But it was considered rare in the central and southern parts of the state.  That has changed in recent years; however, the weevil damage may be misdiagnosed as being caused by other problems such as root injury or drought stress, or symptoms may go unnoticed allowing localized populations to expand. 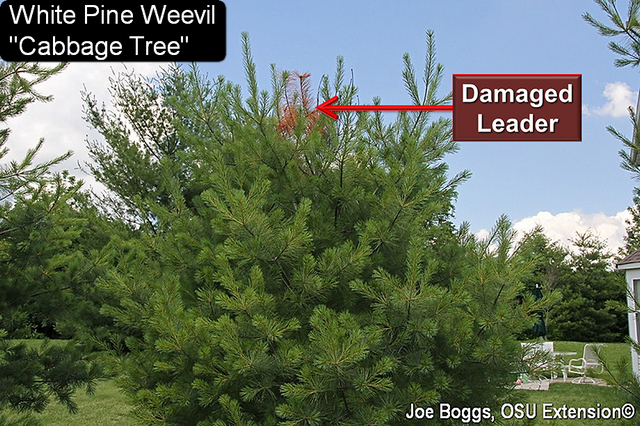