The Splendors of Spring - Part 1 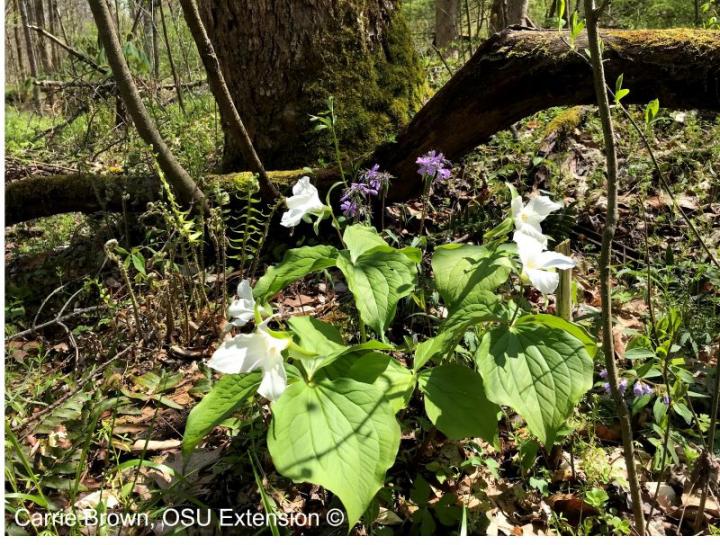 Is this wintery weather keeping you from your spring wildflower hike? This virtual tour is the next best thing! View these splendors of spring from the comfort of your browser in this two-part series on Spring Ephemeral Wildflowers.

*Species are arranged in order of bloom time. The bloom window for each species is indicated on the photo. 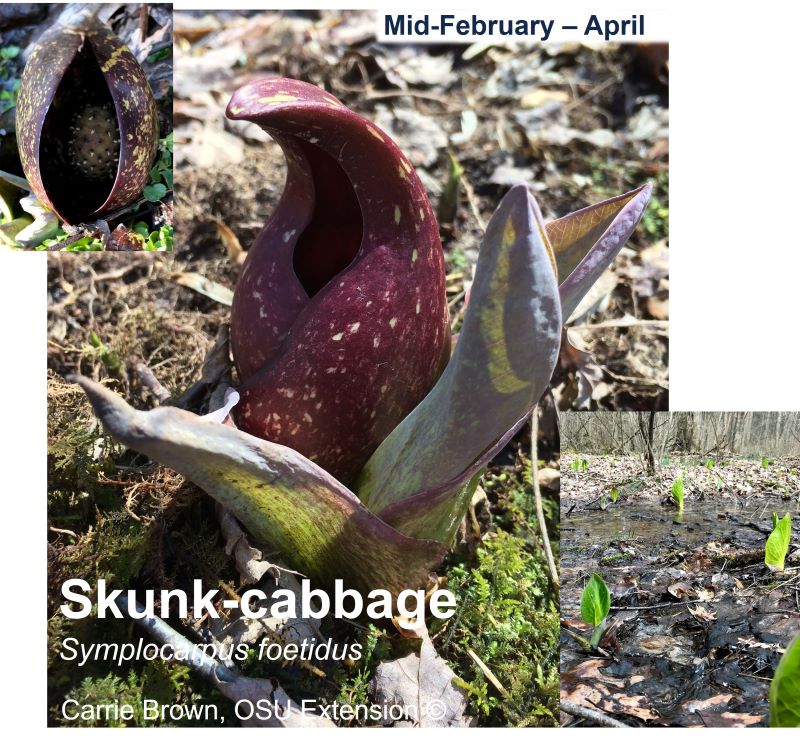 One of our earliest (and smelliest) native plants, skunk cabbage begins appearing in late winter. Looking remarkably alien-like, this unique plant can emerge when snow is still on the ground. How can it manage such cold temperatures? By producing its own heat, of course! Known as thermogenic, this adaptation allows skunk cabbage to melt surrounding snow and ice to get an extra early jump on flowering. This heat also helps to spread its pungent odor into the air, attracting early pollinators, including scavenging flies. Eventually, large, shiny, green leaves emerge, growing up to 2 feet tall. Look for this curious native in wetlands, marshes, and other low-lying areas. 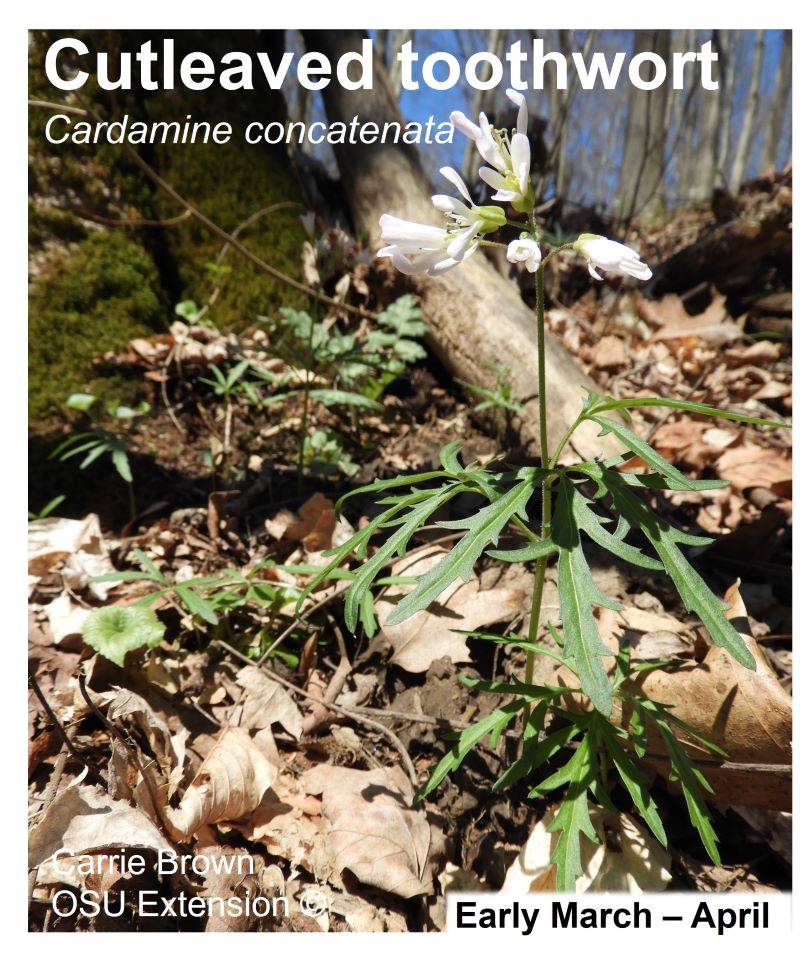 Cutleaved toothwort is one of earliest and most common spring ephemerals and can be found in both rich woodlands, as well as regenerating or disturbed sites. Flowers range from white to light pink or purple. You may have guessed by its four petals that it is a member of the mustard family. Because of its early emergence, this plant is an important nectar source for early pollinators. Unfortunately, cutleaved toothwort, as well as many other spring wildflower species, have been displaced by another member of the mustard family, the non-native and invasive garlic mustard. 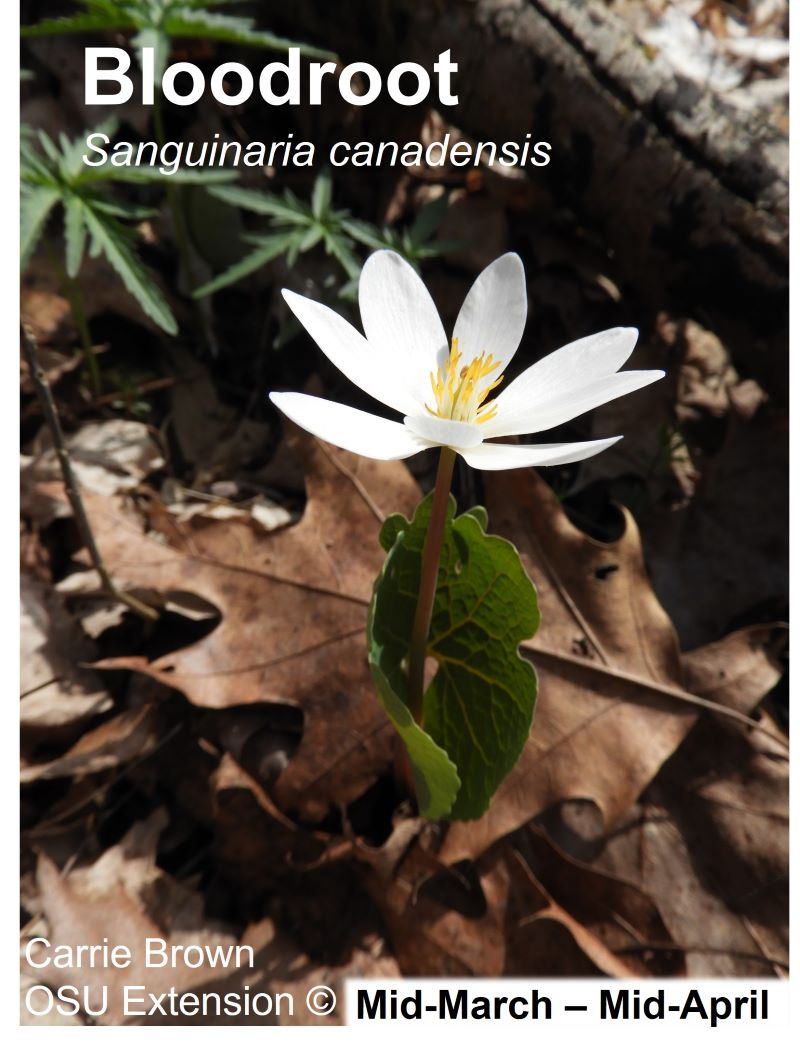 Not nearly as grotesque as its name might suggest, bloodroot is a large, showy flower that begins its emergence in mid-March. Named for the reddish orange sap found in its root and stem, this species is known to possess many medicinal qualities. A member of the poppy family, the white flower arises on a single stem that is hugged by a large, lobed leaf that eventually expands. 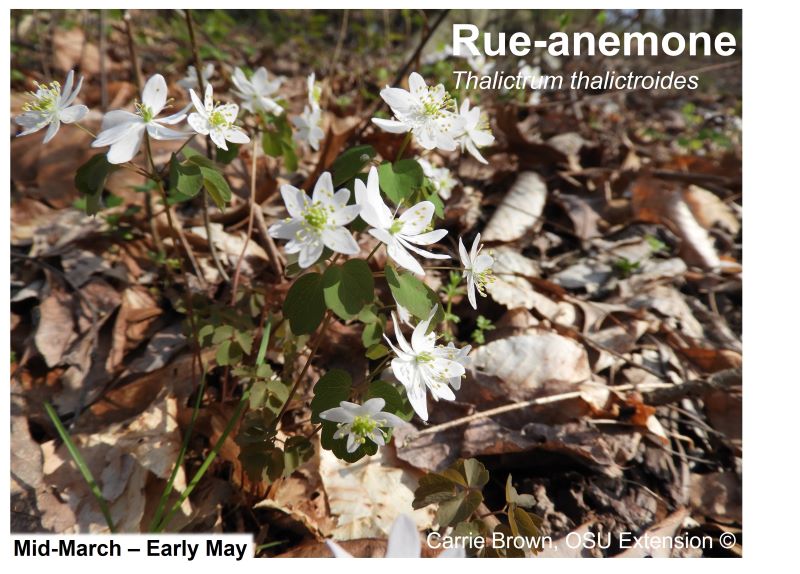 Nothing short of adorable, this member of the buttercup family is easy to miss due to its small, delicate nature. It is found in a variety of woodland habitats, from floodplains to drier uplands. Occasionally, you may notice a stand with pinkish flowers, though they are typically brilliant white in color. Rue-anemone offers no nectar reward to visiting pollinators, but the species is still frequented by small bees and flies that will dine on its pollen. 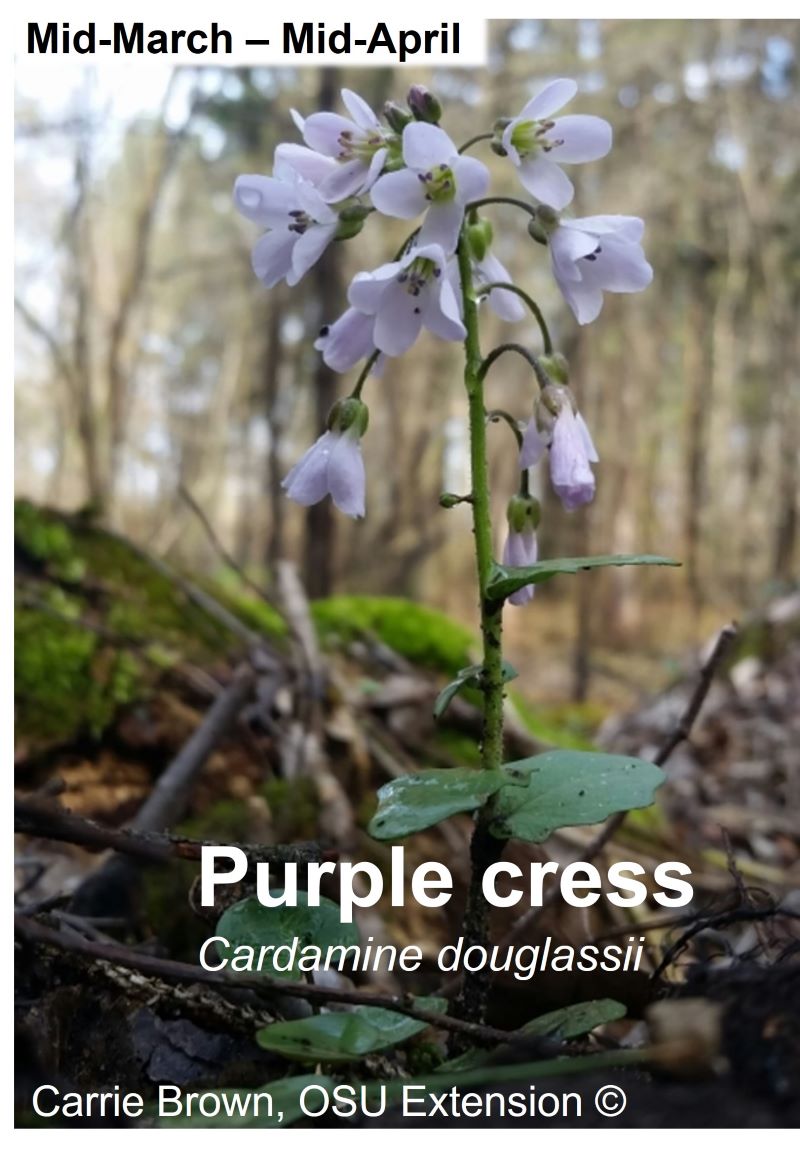 Another member of the mustard family, purple cress is a cousin to cutleaved toothwort, as they are both in the genus Cardamine. White to light purple and reaching about a foot in height, this species is widely distributed and can be found in every county in Ohio. Like its cutleaved cousin, purple cress prefers rich soils but can tolerate disturbed habitats better than many. 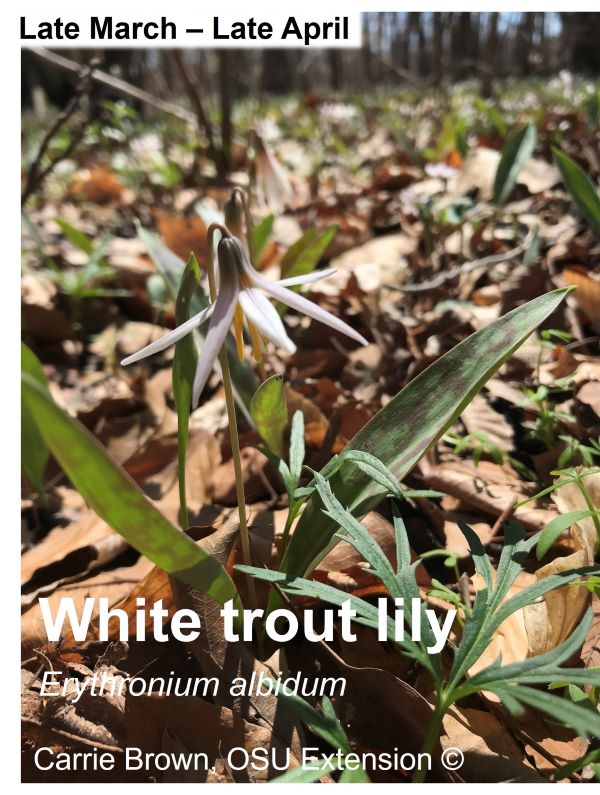 Just as its name implies, trout lily is a member of the lily family. The immature plants consist of a single, green & brown mottled leaf, while flowering plants have two leaves of unequal size. This impressive species can form massive colonies that take up to eight years to flower! Trout lily prefers rich soils and can be found in a variety of woodlands. Its yellow cousin, Erythronium americanum, also known as yellow trout lily, can be found growing in the same habitats. 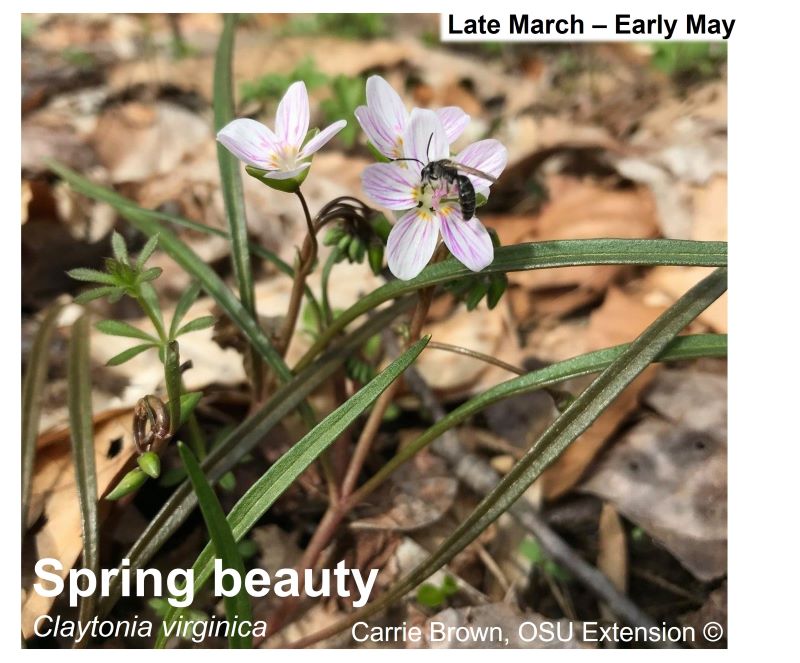 If you ask me, the saying should be cute as a spring beauty, (as I personally don’t find buttons nearly as endearing). Regardless, this small, delicate spring ephemeral can frequently be found in woodlands, pastures, and even untreated lawns. Its white petals are often generously tinged with a variety of pink shades. Interestingly, these colored nuances serve the same purpose as the lines on an airport runway, acting as guides for visiting pollinators and leading them straight to the nectar reward (and providing a pollination service for the plant, of course). A native mining bee, Andrena erigeniae, is a spring beauty specialist and can be observed in the photo above.

Stay tuned for a continuation of our virtual spring wildflower series next month!