Spotting the Signs of Spring: A Vernal Pool Exploration 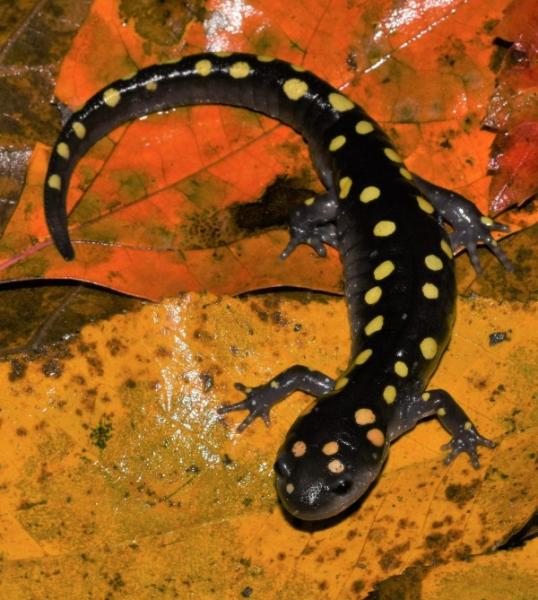 Though the cold weather is making a comeback, the first weekend of March reminded us that spring is quickly approaching. Perhaps the warm temperatures invited you outdoors for a bike ride or a game of pickup basketball at your local park. Or maybe you’ve noticed phenological signs of the season changing in your own backyard, such as the red maples starting to live up to their namesake, with their rosy flowers beginning to emerge. Furthermore, if you are a woodland enthusiast and happen to be at the right place at the right time, you may be rewarded by catching a glimpse (or hearing the chorus) of a fleeting spring habitat – the vernal pool. 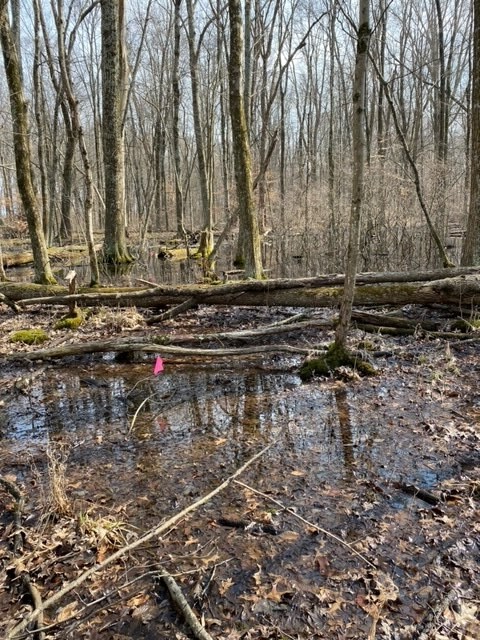 What is a Vernal Pool?

A type of wetland, vernal pools are seasonal in nature and generally do not hold water year-round. Typically found in deciduous woodlands, these pools form early in the year due to precipitation, run-off, or groundwater. Because these pools eventually dry out as summer advances, they are not able to support aquatic animals such as fish that require water year-round. However, vernal pools provide the perfect breeding ground for many of the animal kingdom’s hidden wonders. From spotted salamanders and wood frogs to spring peepers and swamp darners, these creatures all require standing water for a portion of their development; thus, vernal pools provide the resources necessary to sustain their lifecycles.

Let’s take a closer look at one of the habitat’s amphibious superstars, the mole salamander.

From the genus Ambystoma, mole salamanders spend most the year in a similar manner as the moles that may wreak havoc on your backyard lawn. But rather than turf, mole salamanders prefer to bury themselves in leaf litter and decaying logs, burrowing into the forest floor. In fact, this is where they spend most of their lives. That is, until we begin to experience the first inklings of spring.

Upon the end of winter when temperatures average at least 45 degrees Fahrenheit and rain is abundant, these fascinating amphibians will start moving in mass. Breeding season is on the horizon, love is in the air, and a nearby vernal pool is the destination. It is not uncommon to see a small-mouthed salamander or a Jefferson salamander as early as February in some years. These species are often an indication that a larger migration is on its way…if you are lucky enough to have a population of spotted salamanders in the area.

Salamander Migration – Love is in the Air

While we often discuss the migratory behavior of birds or even monarch butterflies, we often neglect to mention a migration that may be happening right now in your own backyard woodland.

On a warm, wet night in late winter or early spring, adult spotted salamanders will complete their trek to their breeding pool, typically no more than 100 meters from their woodland burrow. Males will migrate first and will prepare for the females’ arrival by releasing a pheromone into the water that will trigger a breeding response from their ensuing mates. And once those female mates migrate a few days later, what follows can only be termed a mating frenzy.

After the females lay as many as 200 fertilized eggs a day or two after mating, the adult spotted salamanders will migrate back to their woodland haunts in waves. The lingering progenies will eventually hatch and begin their lives a free-swimming larva with feathery, external gills. However, soon these gills are absorbed, lungs grow, and within 2-4 months of hatching, the juveniles no longer require the vernal pool and are able to live on land. In 2-5 years, spotted salamanders reach sexual maturity and often return to the vernal pool in which they started their lives to begin the cycle over again. 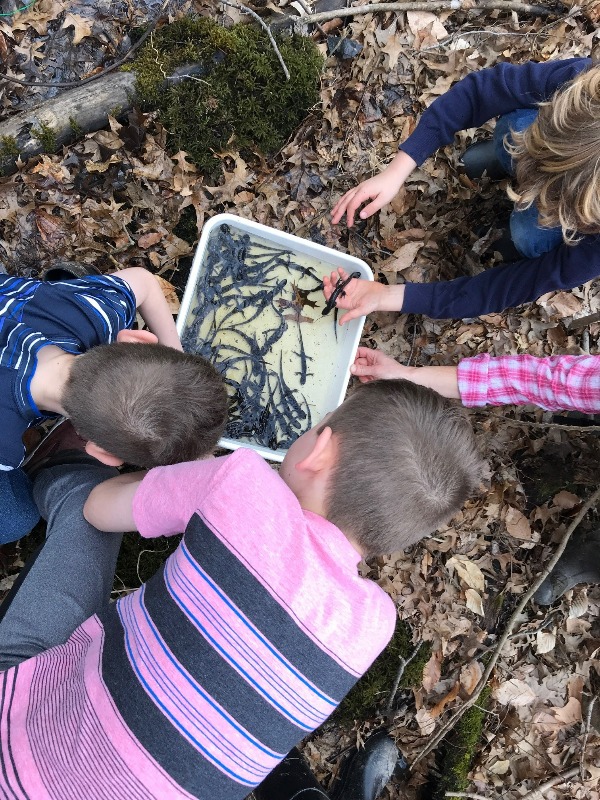 Conserving a Habitat in Decline

Unfortunately, the mole salamander and many other amphibians are experiencing global declines in populations. This is largely due to forest fragmentation, loss of wetland habitat, lack of corridors, disease, and pressure from exotic/non-native species.

Furthermore, in terms of habitat loss, Ohio has lost approximately 90% of its original wetlands, much of which were vernal pools. Because critters such as spotted salamanders often migrate less than 100 meters, the woodland in which their breeding pools are located also needs protected.

The good news is that there are ways for us to help. Many watershed groups and nature centers are increasingly recognizing the role vernal pools and other wetlands play in maintaining a healthy ecosystem. Organizations such as the Ohio Vernal Pool Network provide educational outreach opportunities to give landowners the tools and knowledge to protect, restore, and enhance these important seasonal habitats.