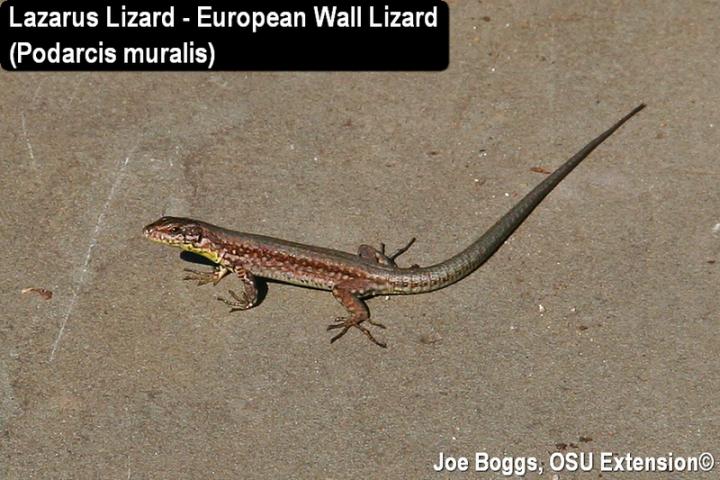 I’ve posted several BYGL Alerts over the years about the so-called Lazarus Lizards (Podarcis muralis, family Lacertidae).  However, I’m resurrecting these fascinating reptiles based on spotting a few skittering around on a rock retaining wall near my home in Butler County, just north of Cincinnati. 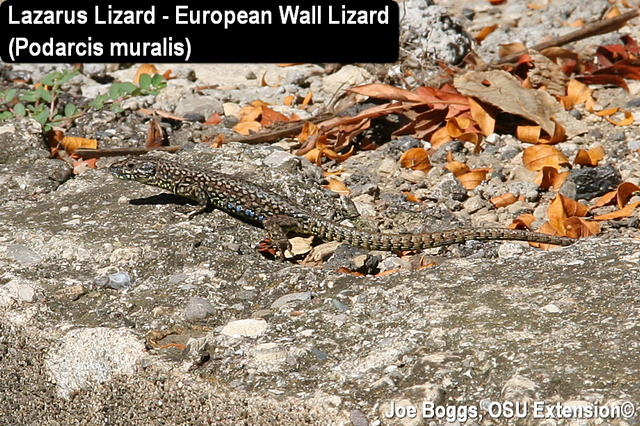 My long fascination with these non-native natives (that’s not a misprint) began several years ago when I observed lizards that I could not identify scurrying around a landscape on Reading Road (SR 42) near downtown Cincinnati.  I asked a native Cincinnatian if they could identify the lizards and was told they are “Lazarus lizards” and they have detachable tails.  She also said they had migrated throughout the city from Lizard Hill. 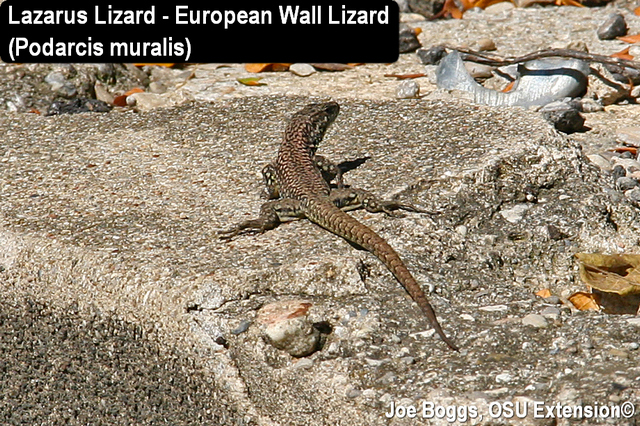 I’m a non-native.  However, I thought that I had become familiar with most of the eccentricities of the Queen City.  I had enjoyed Cincinnati Chili, which is served on a spaghetti plate, not in a chili bowl.  I had developed a taste for goetta after visiting Goettafest across the Ohio River in Covington, KY.  I knew how to find Over-the-Rhine, Columbia-Tusculum, and Carthage.  But I could not find the saurian outpost known as Lizard Hill on any map. 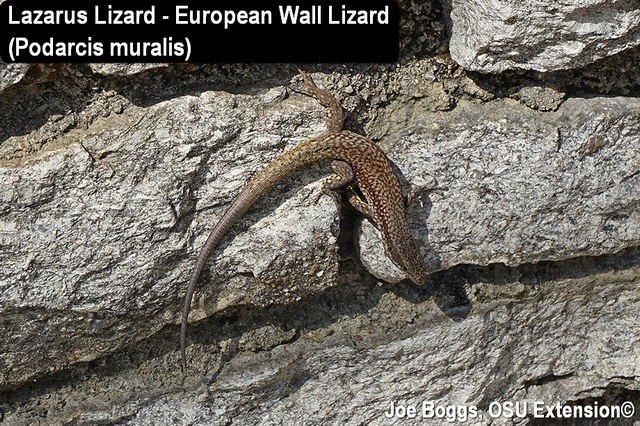 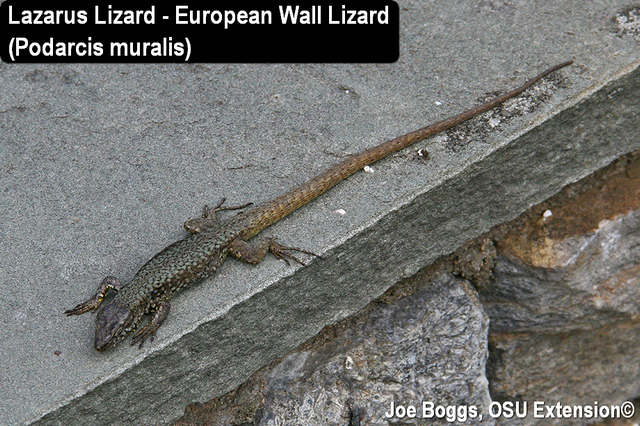 The ability for an animal to shed appendages if seized by a predator is called autotomy which is derived from the Greek words for “self” and “severing.”  Lazarus lizards don’t turn tail and run, they drop tail and flee.  In a scene reminiscent of H.P. Lovecraft, their break-away tail continues to writhe and wiggle long after it’s severed.  This further confuses predators and no doubt gives them nightmares. 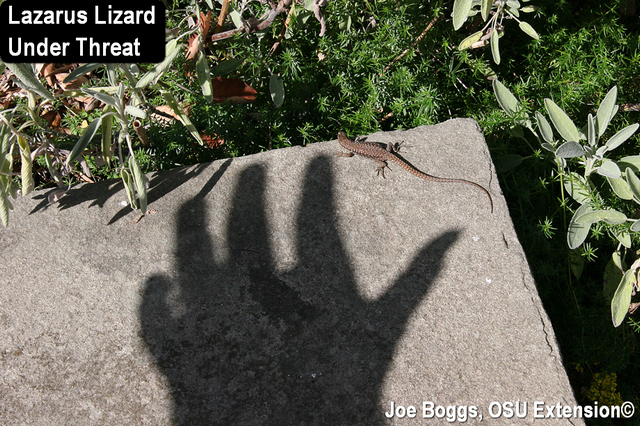 If you're visiting Greater Cincinnati in the summer or early fall, keep your eyes peeled for small lizards scurrying over rock walls, darting across sidewalks, and lurking in landscaping.  You may spot a lizard with a slight swelling at the base of its tail.  The swollen area is most likely where the old tail broke off allowing the Lazarus lizard to survive an attack by a predator. 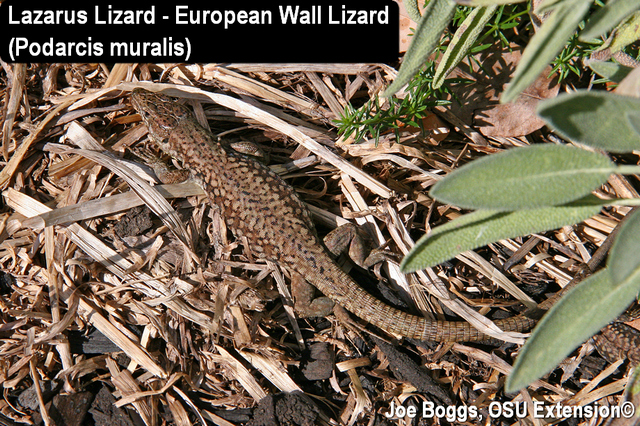 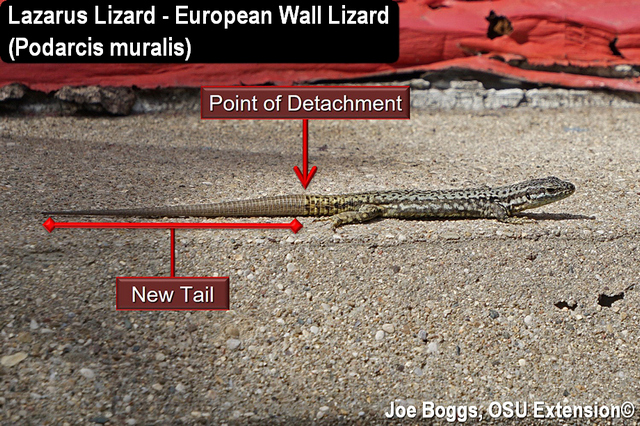 The name "Lazarus" has nothing to do with sacrificing a tail to escape death and rise again.  It's associated with the Lazarus family best known in Ohio for their connections with department stores.

In 1951, 10-year-old George Rau Jr., step-son of Fred Lazarus III, came across some common wall lizards scurrying across rocky slopes while on a family vacation to Lake Garda in northern Italy.  George smuggled a few (6 to 10 depending on the reference source) through customs to release them into the landscape at his family's home on Torrence Court located in the eastern Cincinnati suburb of East Walnut Hills. 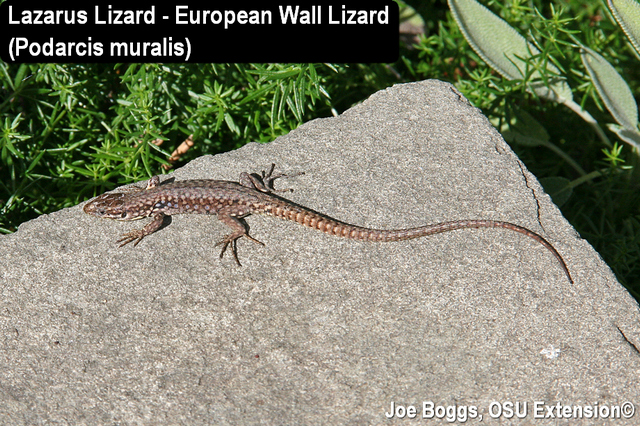 Some of the European scaly ex-pats thrived to eventually become so numerous that Torrence Court became known as Lizard Hill.  Local residents called them "Lazarus lizards" in misplaced recognition of the lizard's perceived sponsors.  Of course, they should have been named "George's Lizards" in honor of their true patron.

The lizard story may ring like local folklore; however, George Rau wrote a letter in 1989 to herpetologists at the Cincinnati Museum of Natural History detailing his role as the lizard leader.  He also repeated his story in several interviews with the news media.

Research conducted by Cassandra Homan for her 2013 University of Cincinnati M.S. Thesis added credibility to Rau's saurian saga.  She compared genetic samples collected from the Cincinnati lizards to samples taken from the reported source population in Europe and confirmed a substantial loss of genetic diversity indicating a genetic bottleneck.  Her computer simulations suggested the bottleneck was likely associated with only three individuals surviving their release to become the founders of the Cincinnati populations. 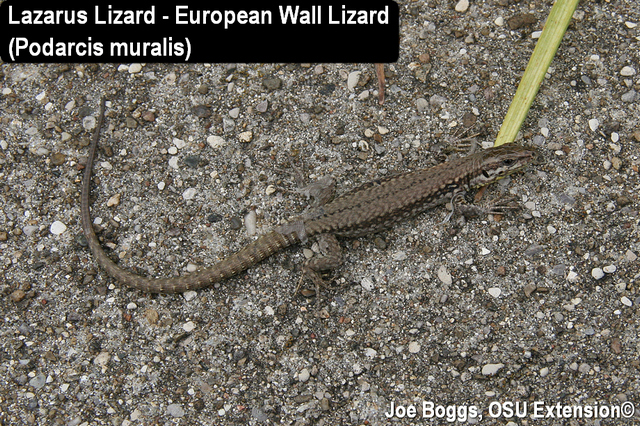 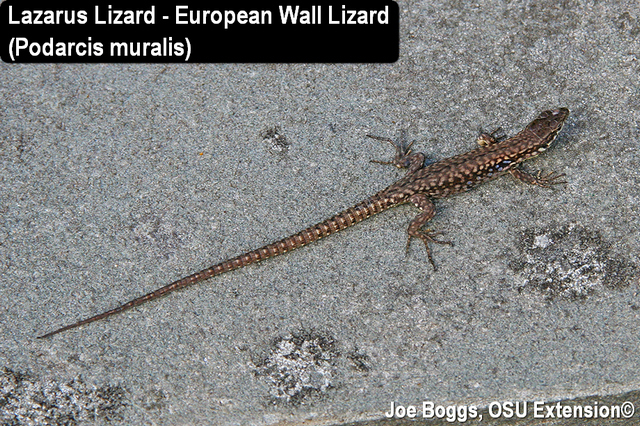 The European wall lizards mostly feed on insects.  They are now found in pockets throughout much of Greater Cincinnati and parts of the adjoining states of Kentucky and Indiana.  Although their spread has been patchy owing to their need for protective winter quarters in stone walls (= “wall lizards”) or on south-facing rocky terrain, localized population densities may be as high as 1,500 per acre. 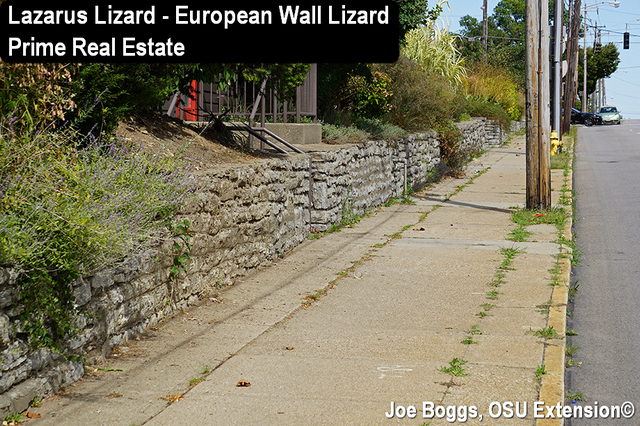 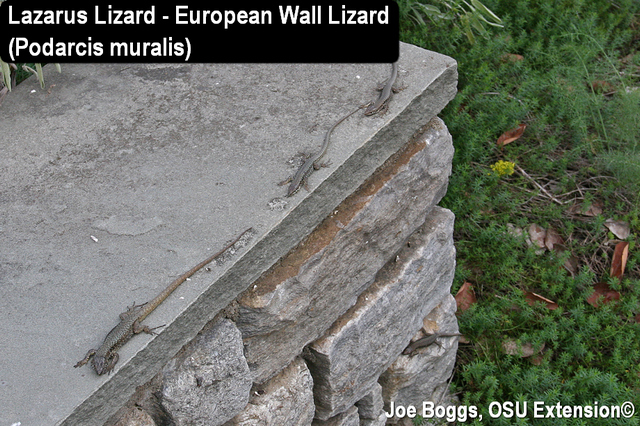 The species has been so successful in colonizing southwest Ohio, it has achieved a rare status for a non-native.  The Lacertidae family includes around 300 species of lizards in 39 genera.  Lacertids are native to Europe, Africa, and Asia.  The Lazarus lizard is the only species found in the U.S. and intriguingly, the only non-native lizard to ascend to equal treatment with native reptiles in the Ohio Revised Code.

The "European wall lizard (Podarcis muralis)" is listed among the names of our native reptiles such as the Common Five-Lined Skink (Eumeces [Plestiodon] fasciatus) in Chapter 1531: Division of Wildlife; Section 1531.01, Division of wildlife definitions, (WW) "Reptiles".  It’s the only non-native reptile to appear on the list which is quite an achievement for these diminutive lizards, or any non-native animal. 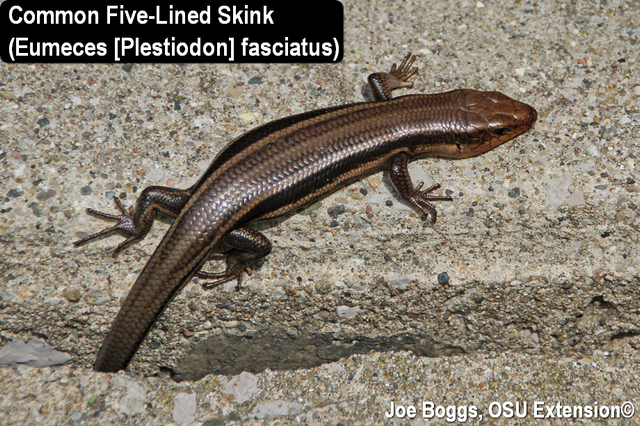 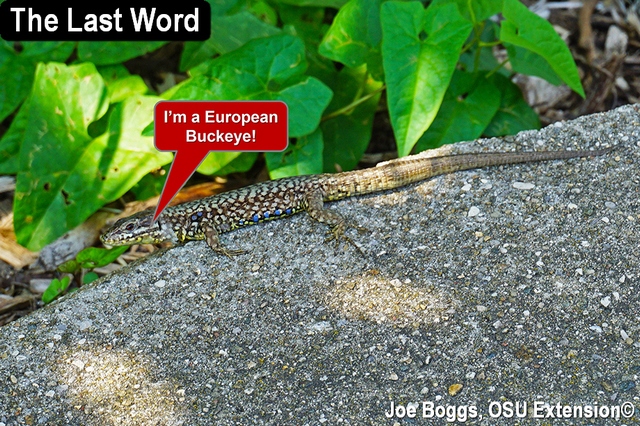