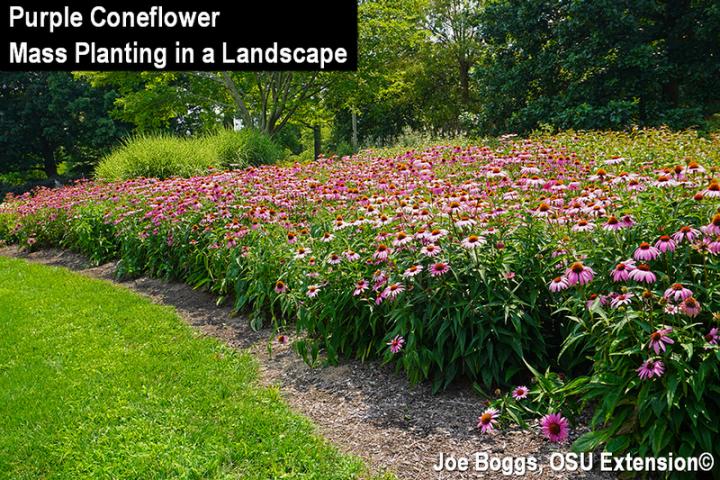 Coneflowers (Echinacea spp., family Asteraceae) have long been a popular perennial favored for use in naturalized areas and mass plantings in landscapes because of their attractiveness to pollinators of all sorts.  However, coneflowers may suffer from two problems that will only get worse with each new growing season unless they are properly managed. 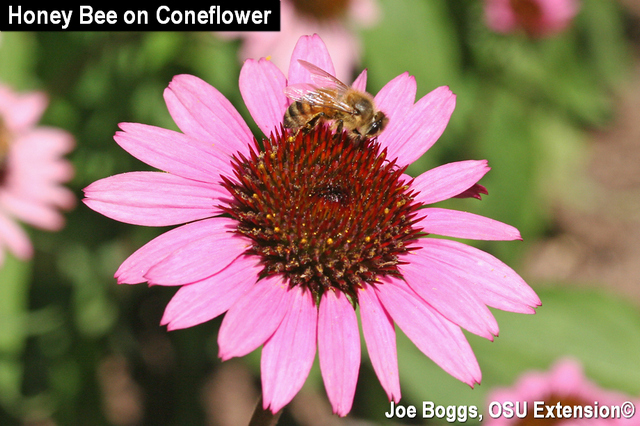 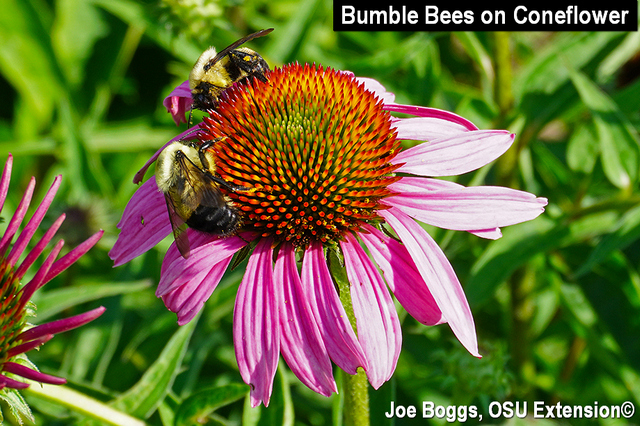 Tufted flower parts that rise rosette-like from coneflower cones are symptoms of an eriophyid mite (family Eriophyidae) that has yet to be taxonomically categorized, so it has no scientific name or approved common name.  However, the mite is generally referred to as the Coneflower Rosette Mite based on the damage it causes to coneflowers. 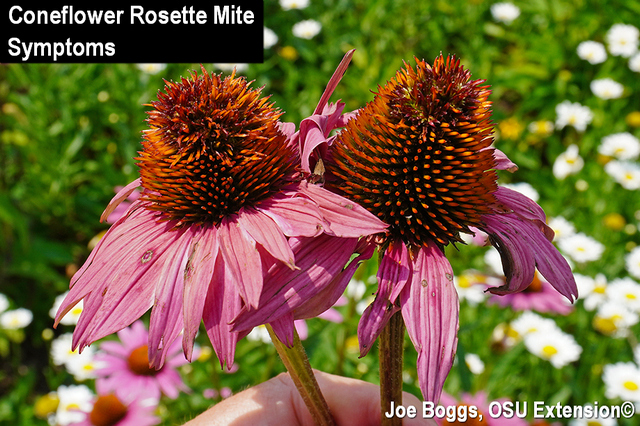 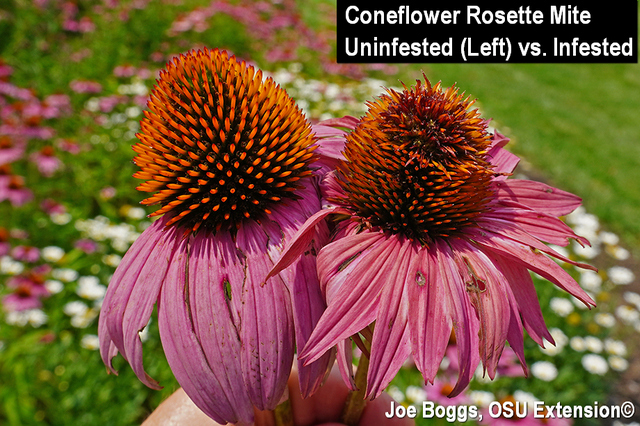 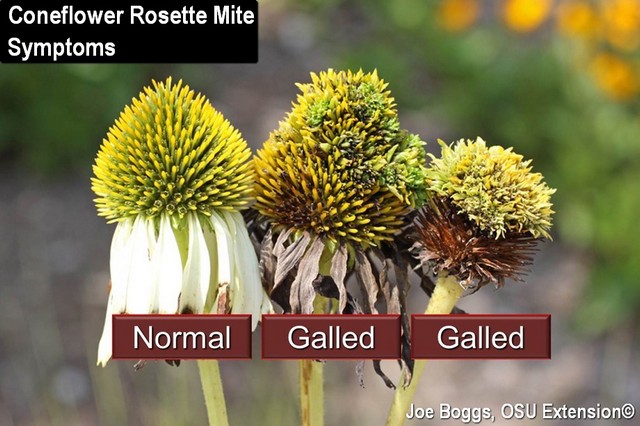 Eriophyid mites are unique among other mites both in their size and anatomy.  Spider mites can be seen clearly with a 10x hand lens; however, you need a higher magnification to see the details of the unusual eriophyid mite body plan.  On the other hand, large collections of eriophyids may appear as a sprinkling of “dust particles” as illustrated in the image below. 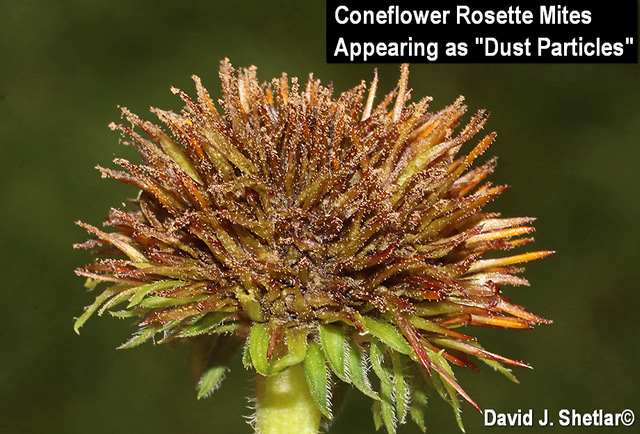 The coneflower rosette mites live inside the developing flower buds and suck nutrients from the base of the flowers.  As a result, elongated rosette-like tufts of stunted and distorted flower parts will sprout from the tops or sides of the cones of coneflowers. 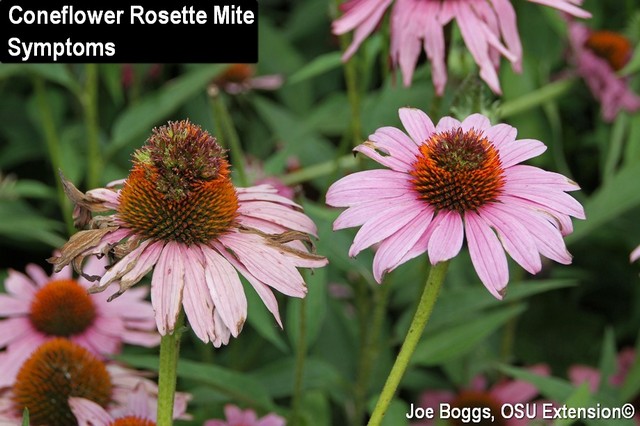 Eriophyid mites can be spread by the wind or by animals.  Coneflower rosette mites practice an interesting behavior to increase their chances of being moved to new locations.  As you see in the images below, the mites crawl to the tips of the florets and hold on with their tail end so their legs are hanging in the air to snag a passing ride or so they can be blown to neighboring plants. 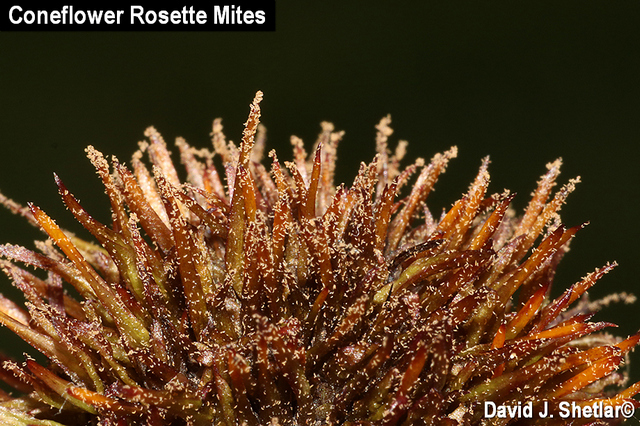 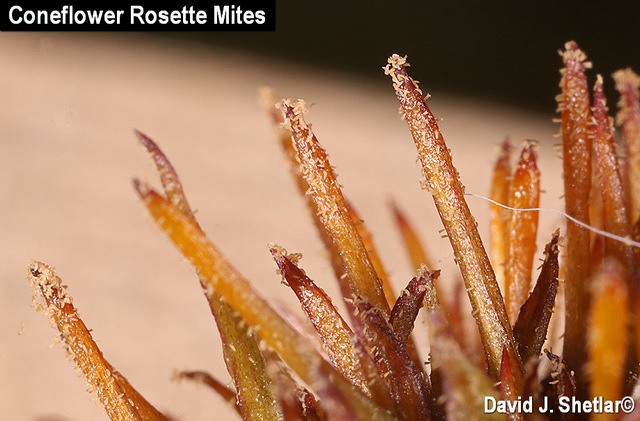 The damage caused by the coneflower rosette mite is not only unsightly; it can also seriously reduce seed production and thus natural re-seeding.  However, miticide efficacy studies targeting this eriophyid are lacking.  Thus, sanitation is key to managing the mite.  Cutting and destroying flower heads deformed by mite activity before the mites seek new horizons will reduce mite populations.  Anecdotal reports indicate this management tactic can be highly effective in eliminating mites from a coneflower planting if applied annually at the first appearance of the rosette symptoms. 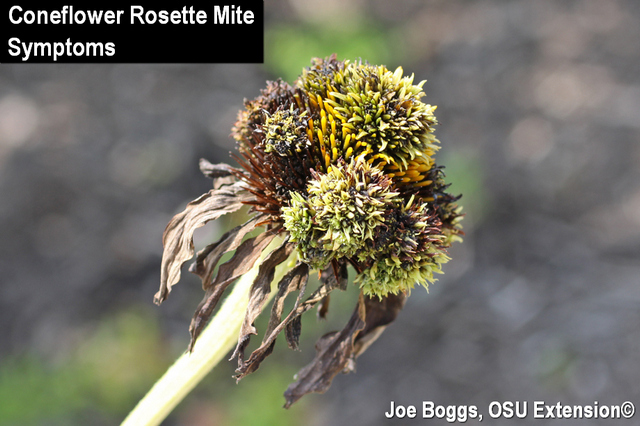 This serious, chronic disease occurs throughout North America and may affect over 300 species of plants in 38 families including several vegetables such as carrots and potatoes.  However, as its common name implies, aster yellows occurs most often on members of the aster family and coneflowers are particularly susceptible. 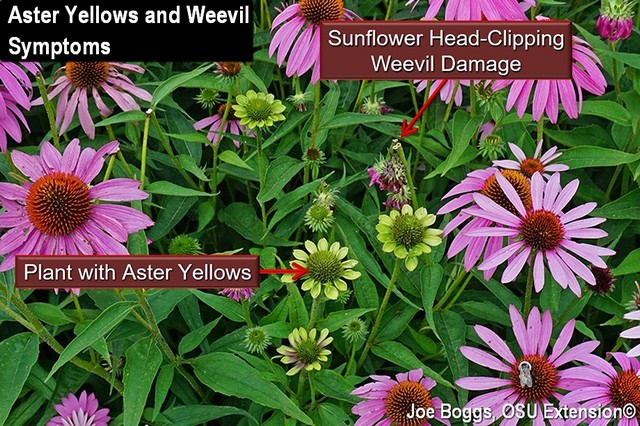 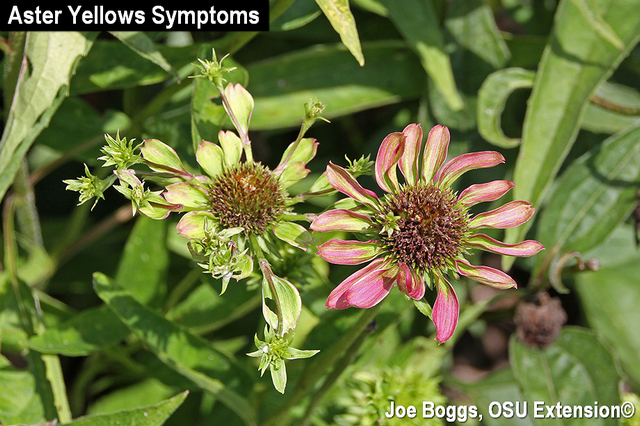 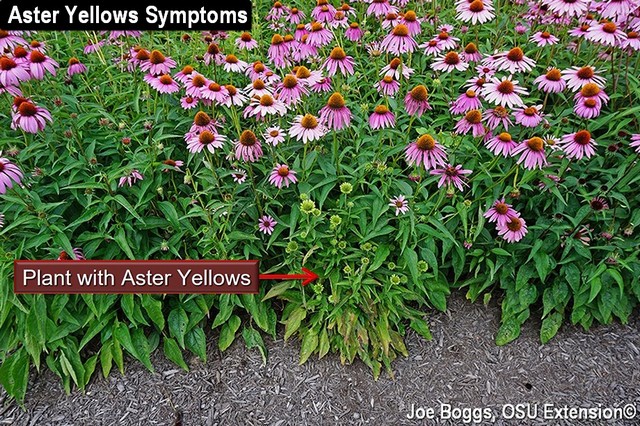 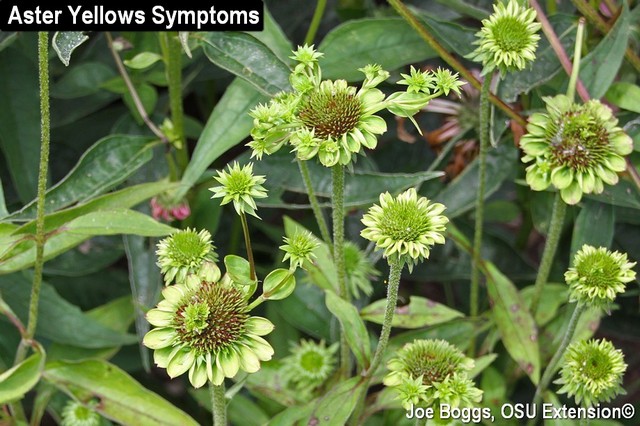 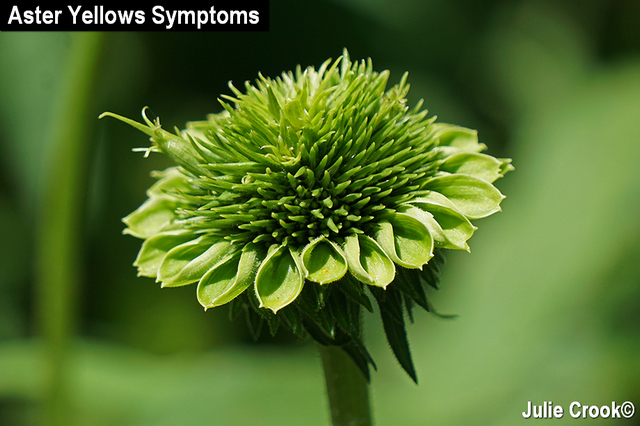 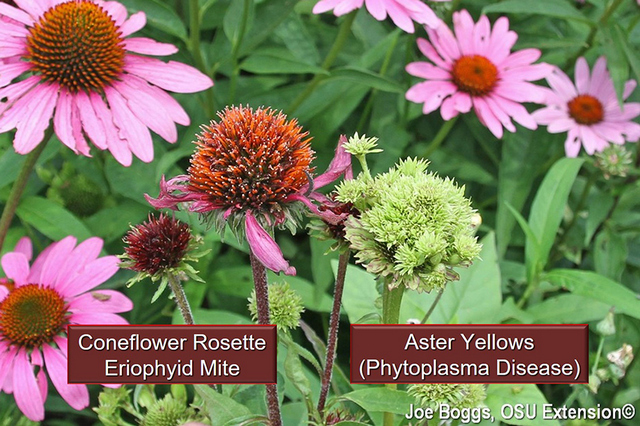