Bagworm Season Drawing to a Close 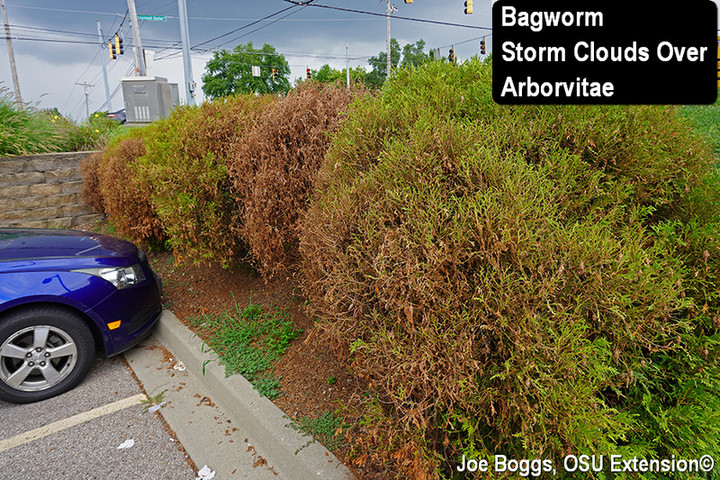 This "bagworm season" which began in early June has been marked by damaging localized infestations throughout Ohio.  Images showing heavy defoliation from bagworms (Thyridopteryx ephemeraeformis) were commonly shared during our weekly BYGL Zoom Inservices.  Populations appeared to be higher than has been seen for several years.

Thankfully, a high percentage of the bagworm caterpillars in southwest Ohio have completed their annual "tie-off" in preparation for pupation.  The caterpillars tie silk to a twig or other anchorage point and then close-up shop by tightly closing their bags. 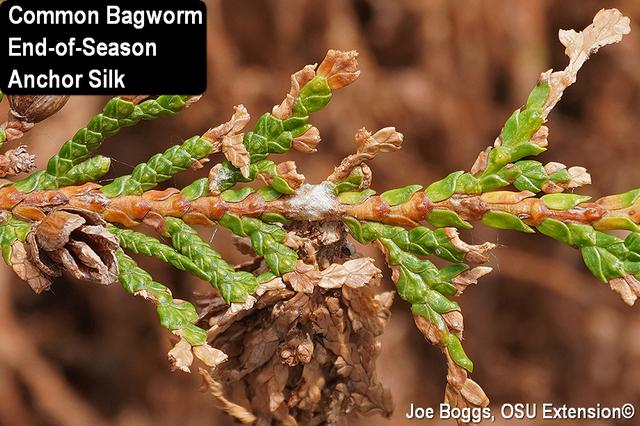 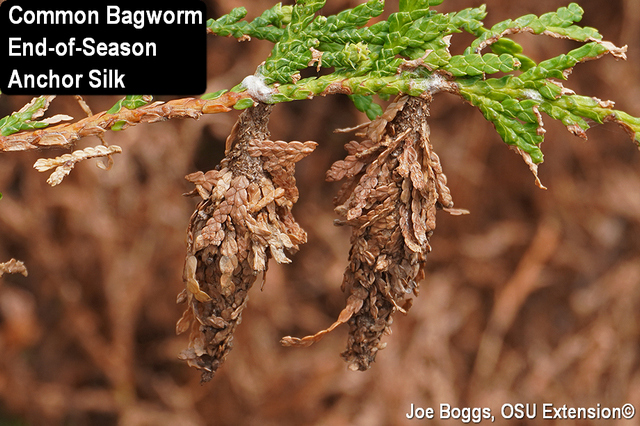 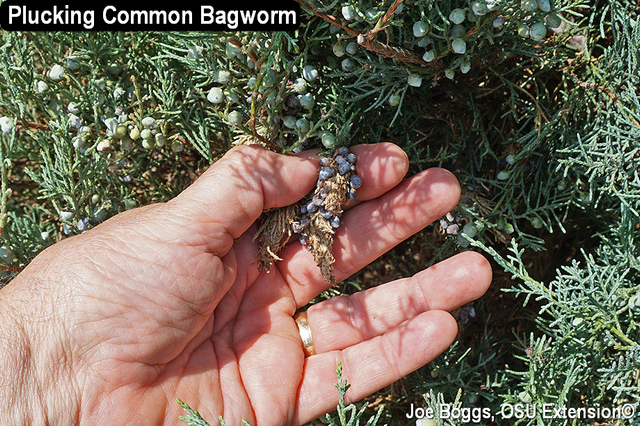 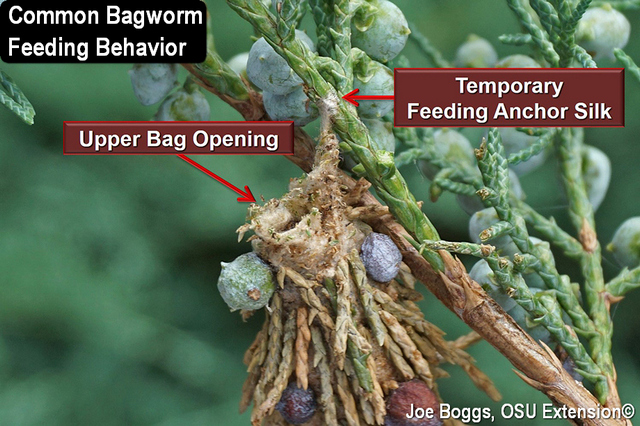 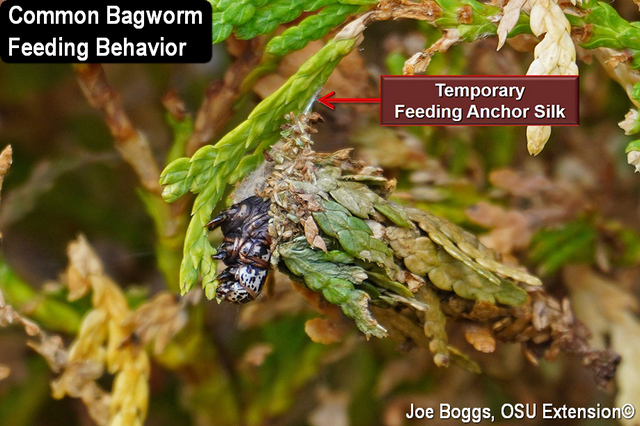 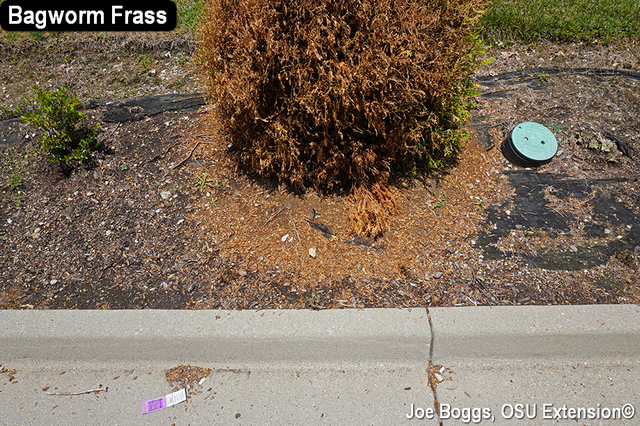 The male and female caterpillars take very different paths as they develop.  First, male caterpillars, pupae, and bags are much smaller compared to females.  Second, male pupae look much like other moth pupae and the resulting male moths have wings and are capable fliers.  Their wings lack scales causing them to superficially resemble dark-colored flies. 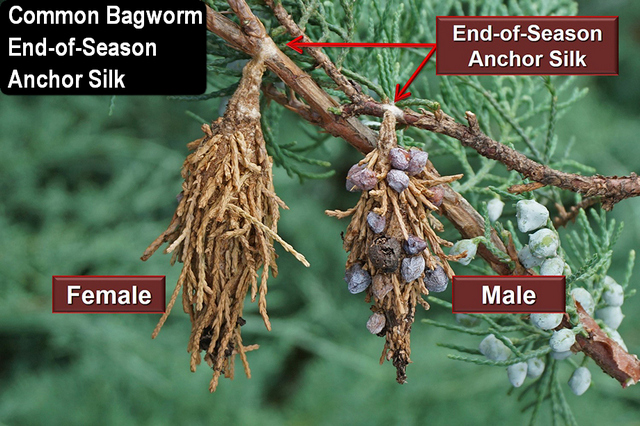 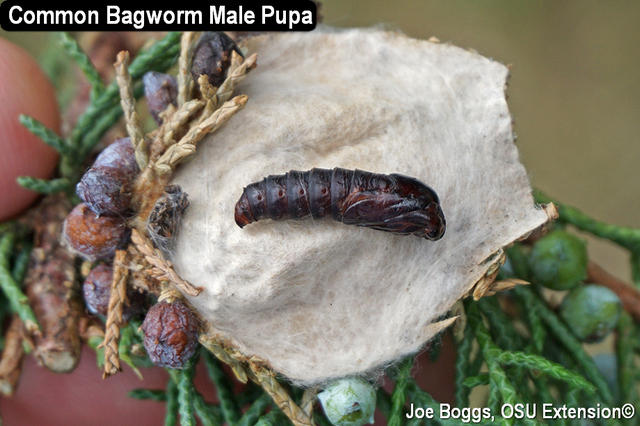 The males also have large antennae used to detect and track the Eau de l’ amour wafting from the female bags.  Male bags will soon be identifiable by pupal skins sticking out of the bottom of the bags. 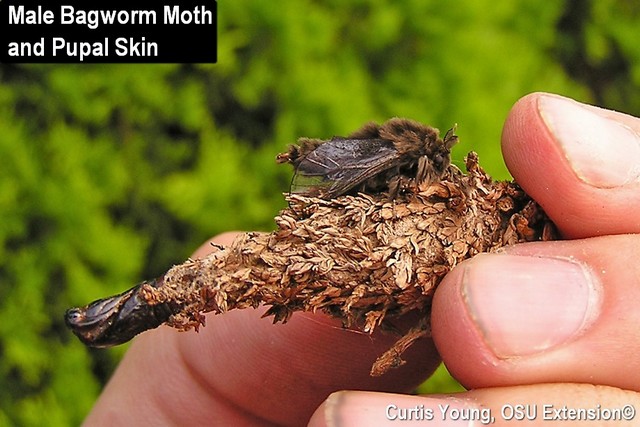 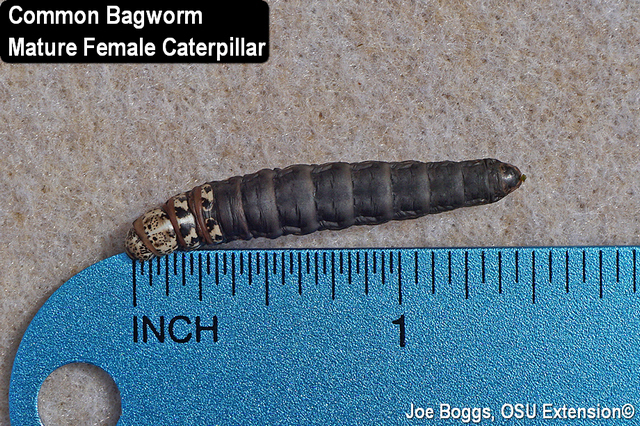 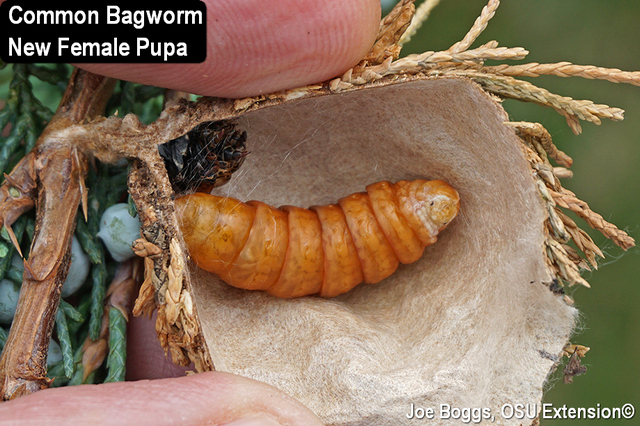 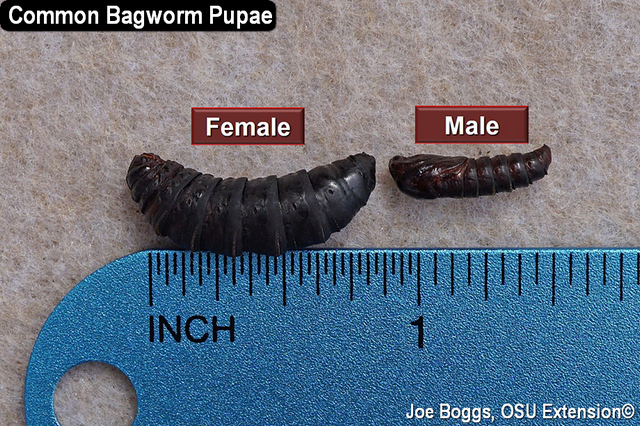 The mature females emit a chemical attractant (sex pheromone) that draws-in the males and mating occurs with the females remaining in their bags.  Soon after mating, the female produces overwintering eggs that are laid snug inside of their mother's old bag.  Each female is capable of producing 500 – 1,000 eggs which explains why populations can build rapidly. 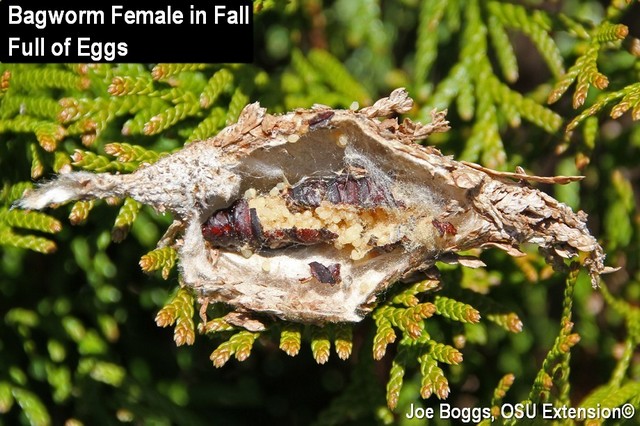 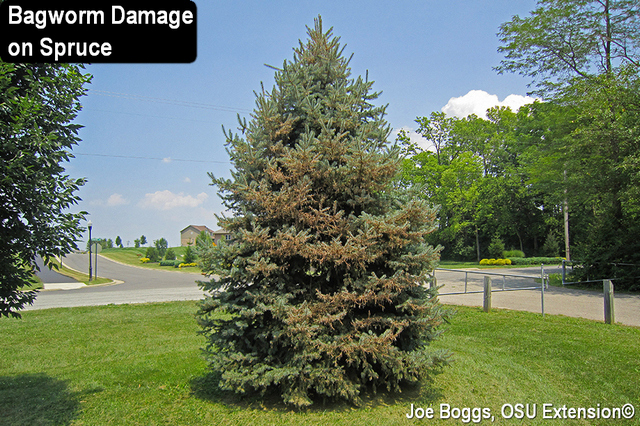 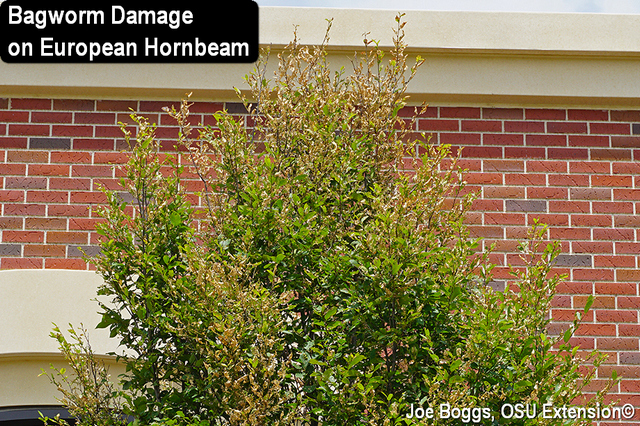 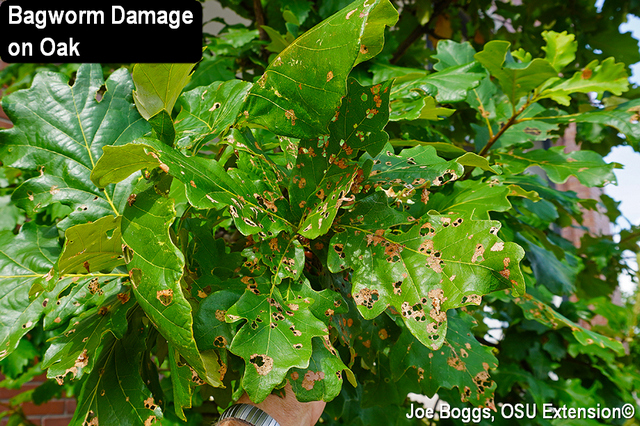 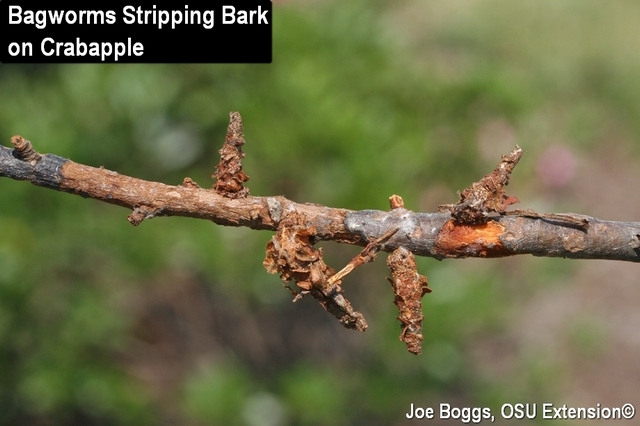 It's too late for insecticide applications to have any meaningful impact.  The vast majority of the plant damage has already occurred.  Also, the bagworms are out of the reach of insecticides once they sequester themselves in their bags. 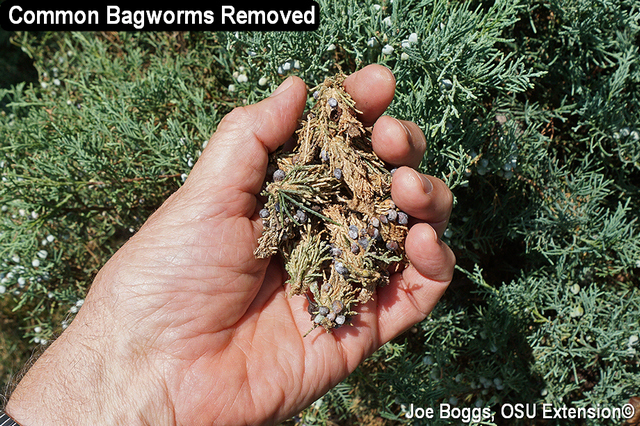 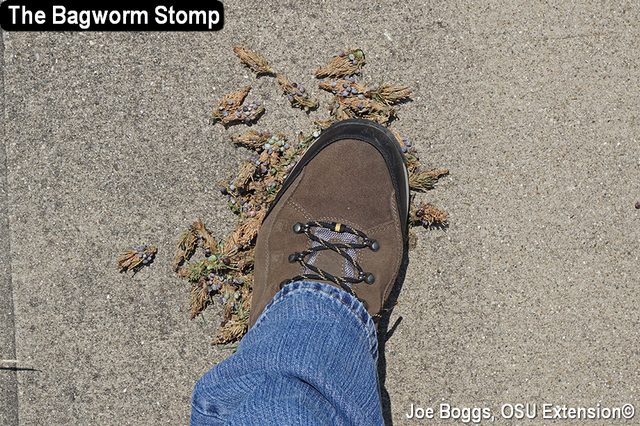 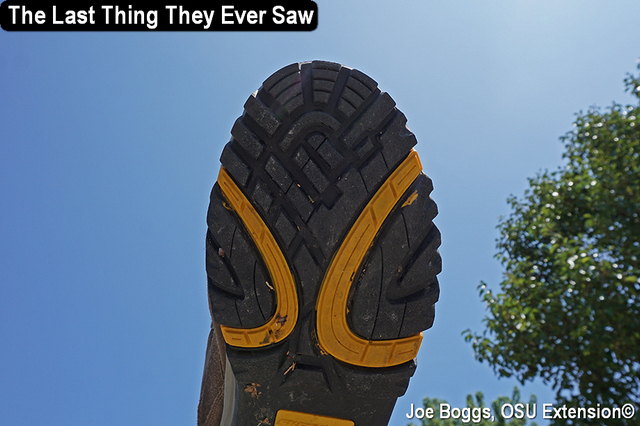 Since females don't fly, early bagworm infestations are often concentrated on a few plants; sometimes just a single plant.  This is why it's important to concentrate your bagworm-picking efforts on point-source plants so those plants don't support a much wider infestation next season.

There is a wide range of insecticides that kill bagworms; however, it's common for caterpillars that are exposed to a toxic dosage to tie their bags to their hosts before succumbing.  It's deceptive because the bags containing dead caterpillars look just like bags with live caterpillars that pupate and carry on the population next season. 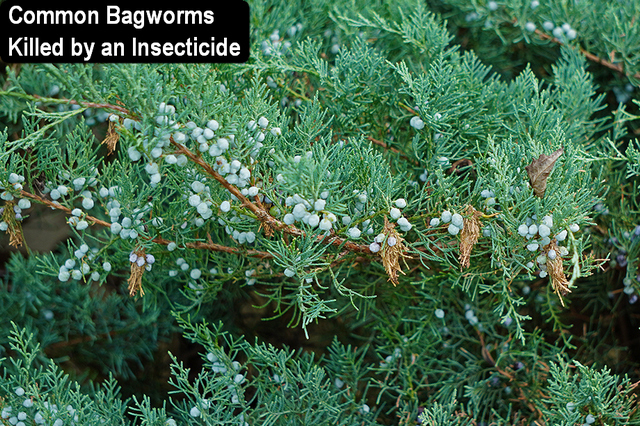 The bottom line is that if bagworms were sprayed earlier in the season, don't assume the insecticide application didn't work if plants remain festooned with bags.  I sprayed a juniper in my landscape on July 27 but still have bags containing dead caterpillars hanging beneath the stems.  That's why we recommend opening some bags a few days after an application to see if the caterpillars are dead or alive.