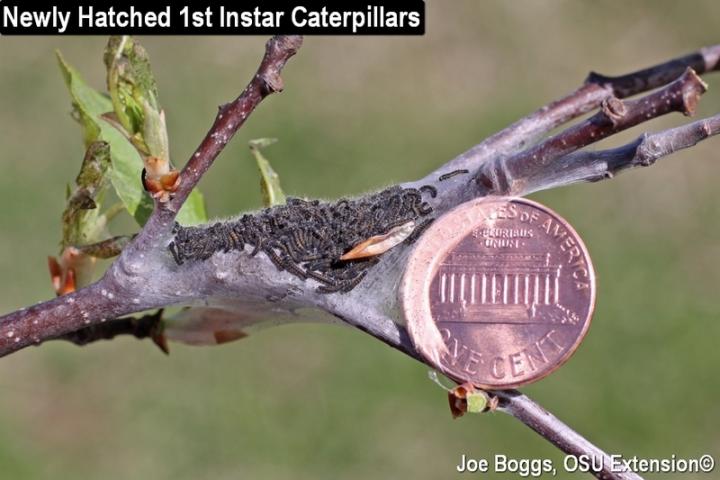 The accumulated Growing Degree Days (GDD) that predicts eastern tent caterpillar (ETC) (Malacosoma americanum) egg hatch is 92.  Cincinnati has reached 89 GDD meaning that ETC eggs are poised to begin hatching in southwest Ohio.  ETC spends the winter in shiny, blackish-brown egg masses wrapped around twigs on their host plants.  A close examination will reveal that the eggs are encased in a structure that resembles bubble-wrap. 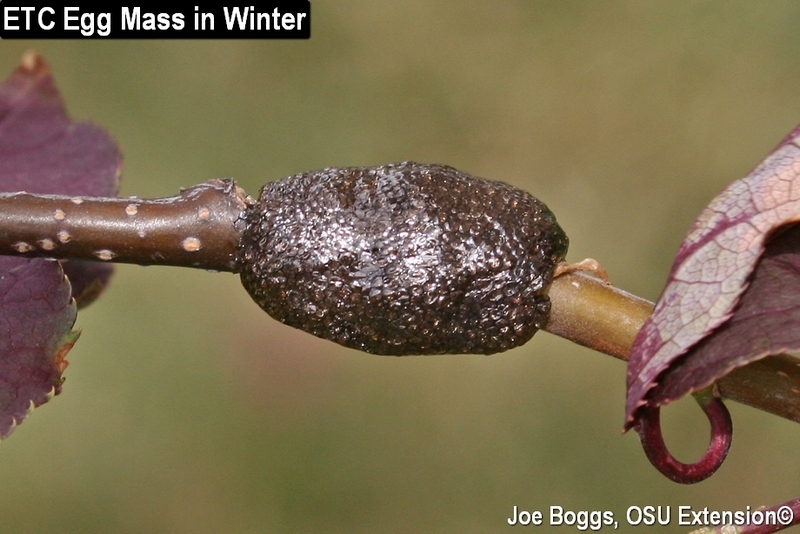 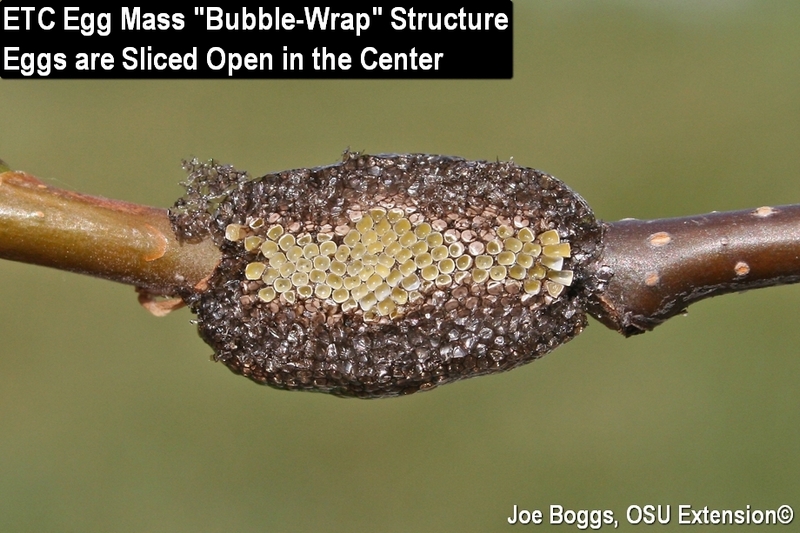 ETC caterpillars are accomplished and prolific tent-makers producing highly visible silk nests in the forks of branches.  They begin producing silk nests immediately upon hatching from eggs. The caterpillars prefer to feed on trees in the family Rosaceae, particularly those in the genus Prunus, such as cherries.  They also occasionally feed on ash, birch, maple, and oaks.  The caterpillars are covered in short; grayish-white hairs and they have a distinct, unbroken white stripe down their backs. 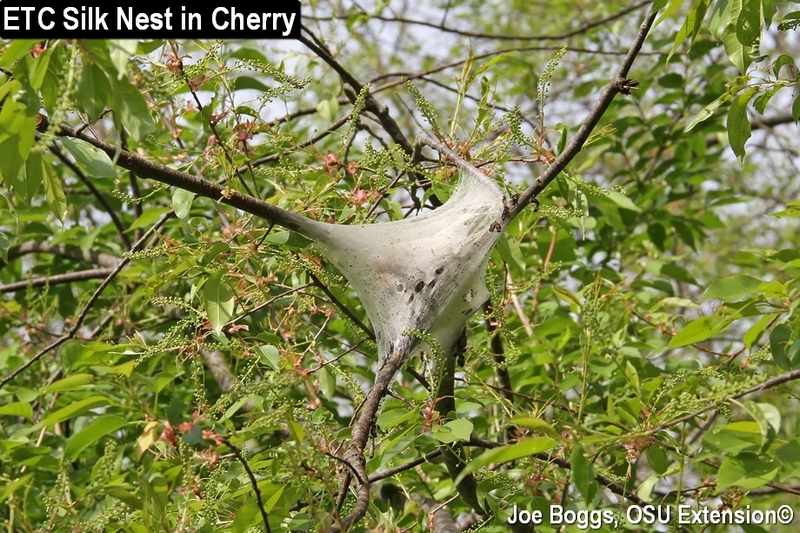 The caterpillars are capable of causing serious stress to their host trees; newly planted trees are particularly vulnerable.  Leaves lost to caterpillar feeding this spring must be replaced using energy stored from last season.  Small nests can be eliminated digitally using five-fingered "smash and/or smear" techniques.  Less hands-on methods include applications of the naturally occurring bacterium, Bacillus thuringiensis (Bt), applied to early instar stages, as well as standard insecticides labeled for general caterpillar.  These cats may only meow now, but they will roar later in the season!