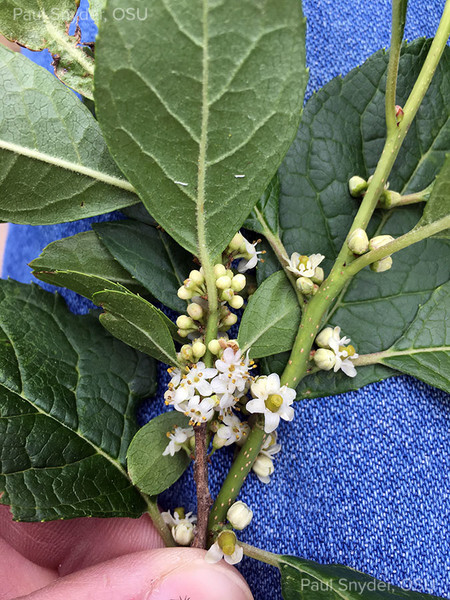 "Is my winterberry a male or female?" "I thought I bought a female and a male but I don't have any berries."

Comments and questions like the ones above usually come during the fall or winter when the bright red berries begin to show up on Ilex verticillata, winterberry. But at that point in the season it is too late to tell. If you purchase a female but don't have a male (or the right male) and end up with no berries, you may think that you bought a male and go out and buy another female.

Winterberry is dioecious, meaning there are separate male and female plants.

Male flowers will be staminate, that is they will lack the female pistil. Moreover, male flowers are borne in clusters of seven to twelve.

Female flowers are pistillate and borne singly or in clusters of three.

Now that you know the differences between the flowers you can solve the puzzle of no berries.

Look for more on winterberry this fall.