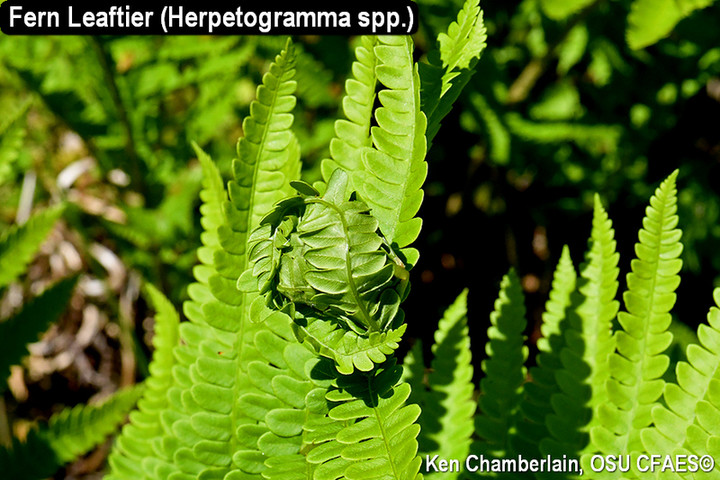 However, a closer look revealed that the tips of the fronds were not just curled; they were rolled and tied together to form tight ball-like structures.  I first came across these oddball fern-balls last year in a landscape planting of ostrich fern (Matteuccia struthiopteris). 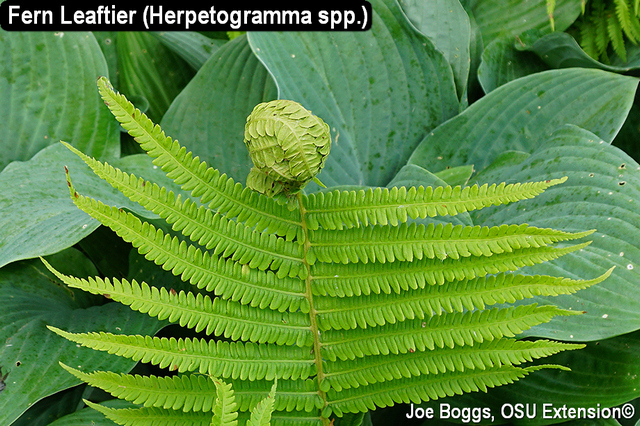 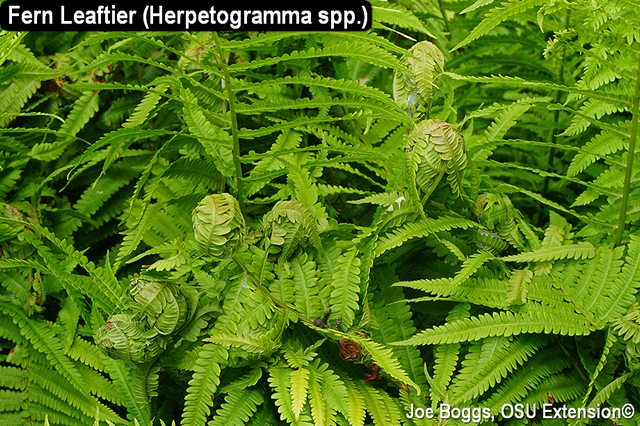 Caterpillars of at least three native species of moths belonging to the genus Herpetogramma (family Crambidae) practice this unusual leaftier feeding behavior on ferns.  Although some online references link the moths to specific ferns, I could find no research quantifying the host ranges of the different moth species.  It's possible each moth species may feed on a number of fern species as well as other forest understory herbaceous plants. 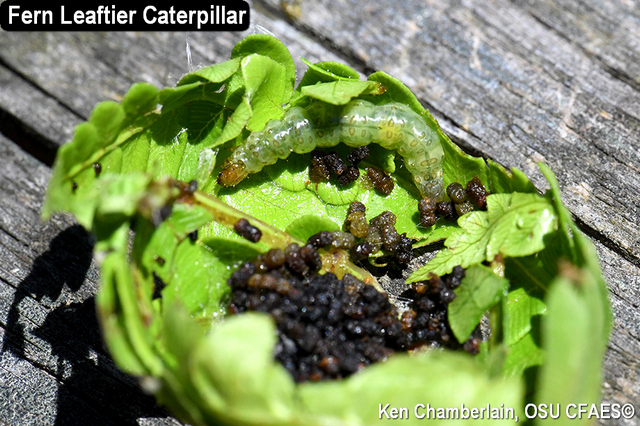 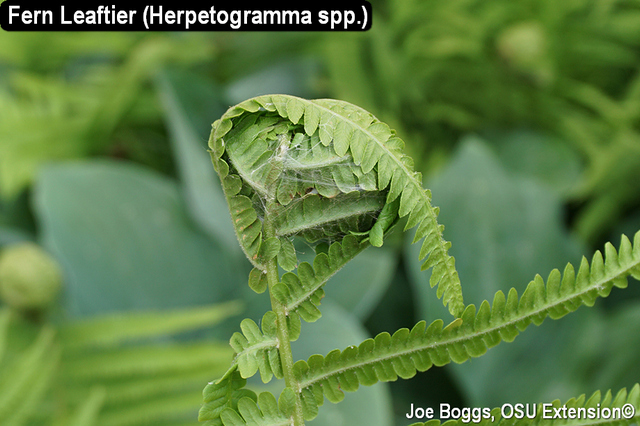 The caterpillars construct multiple frond-balls during their development.  It is not unusual to find 2 – 3 silk-bound balls tied closely together.  However, they appear to cause no significant harm to the overall health of a fern colony.  Usually, the vast majority of the fern fronds were unaffected and the caterpillars only damage the tips of the fronds with a significant portion of the affected fern leaves remaining functional for photosynthesis. 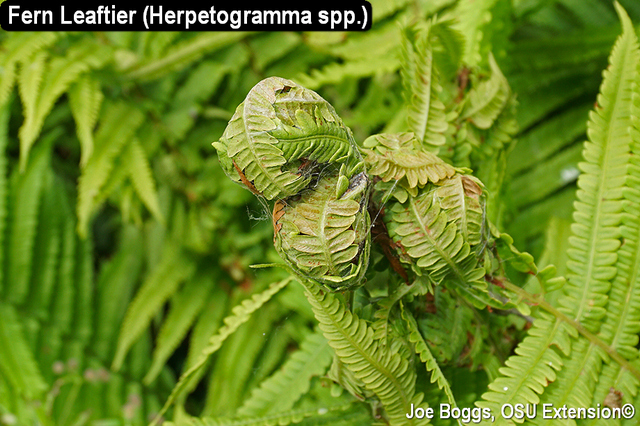 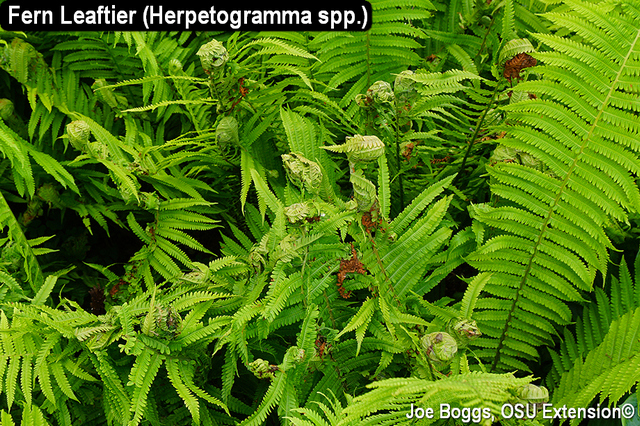 Of course, if control is deemed necessary, the caterpillars can be dispatched by simply squeezing the fern structures.  However, you should open up a few to see if the fern-balls are in fact still occupied by the moth caterpillars or pupae. 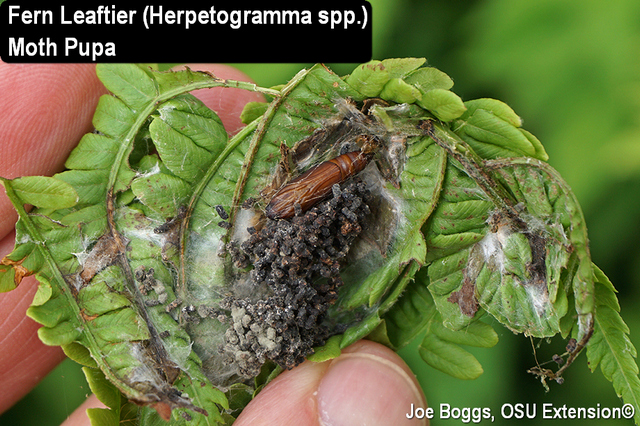 That's because the fern leaftier moth caterpillars aren't the only arthropods to benefit from the odd-ball fern-balls.  Apparently, leaf shelters constructed by these and other lepidopterous larvae play an important role in the ecology of eastern forests.  Spiders take over the protective leaf-abodes once the caterpillars pupate and vacate the premises.  The shelters play an important for the survival of a number of different species of spiders.

A research paper published in 2017 titled, "Spiders (Araneae) inhabit lepidopteran-feeding shelters on ferns in Maine, USA," describes studies done in and around Bangor, ME, on the relationship between fern-feeding nest-making caterpillars and spiders.  You can read this fascinating paper by clicking this hotlink: