Reverting Back to "Normal" 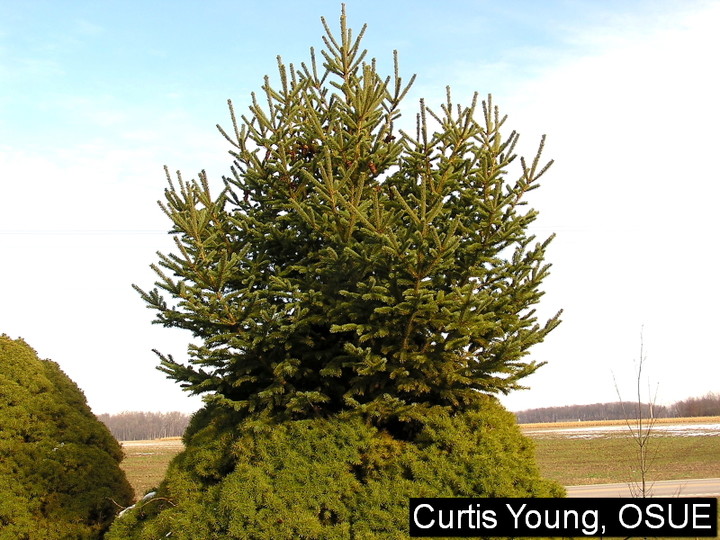 Many variegated plants have arisen from a genetic mutation within the parent plant, often called a “sport”.  This variegated portion of the plant can be removed and propagated as an entirely new cultivar (cultivated variety) from the parent.  It is important to remember that the sport must be propagated by vegetative means – divisions, cuttings, tissue culture, etc - to maintain these distinct characteristics. These plants will not come true from seed that is grown, although seedlings may produce equally interesting progeny.

Another unique source of dwarf conifers is the phenomena of witches’ broom. A plant with witches’ broom develops growth featuring highly congested shoots with shortened internodes – hence appearing like twigs bundled into a witch’s broom. These brooms can be found on a wide variety of tree and shrub species and can be caused by genetic mutations, but more commonly from insects or disease infestations. Only those developed from a genetic mutation can be propagated by vegetative means to maintain the mutation. Growing out the seedlings of these mutated plants can also yield progeny with varying degrees of dwarfism. For more reading on the subject – see this 1967 article from the Arnold Arboretum on “Dwarf Conifers from Witches’-Brooms”.

Sometimes these unique mutations are not stable and return to their previous “normal” growth – a condition known as reversion.  Gardeners often find that all-green portions of a plant are more vigorous than the variegated portion. Also of note, dwarf conifers typically grow more slowly than their standard forms. Reversions can quickly outgrow and take over the variegated or dwarfed portion of the plant. Green leaves contain more chlorophyll and have a competitive advantage in harvesting sunlight over variegated leaves. 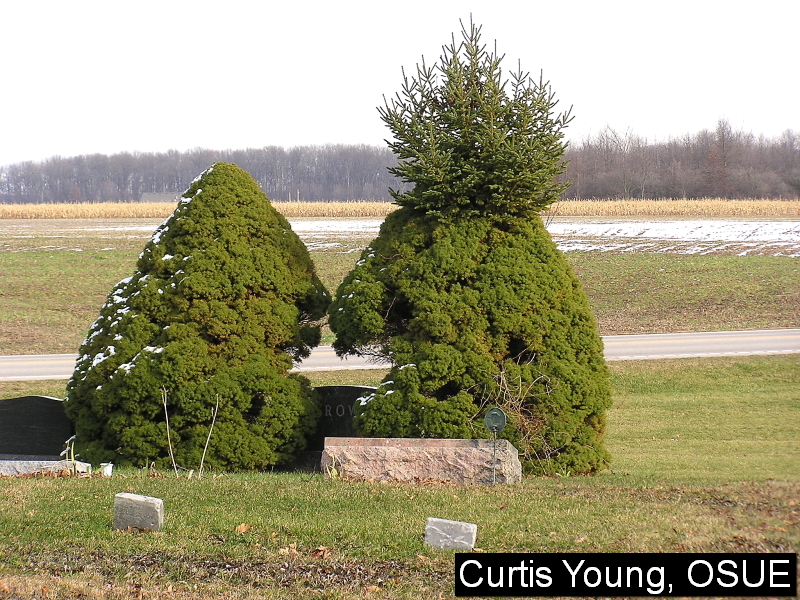 Reversion of a dwarf Alberta spruce (Picea glauca 'Conica' ) back to Picea glauca. 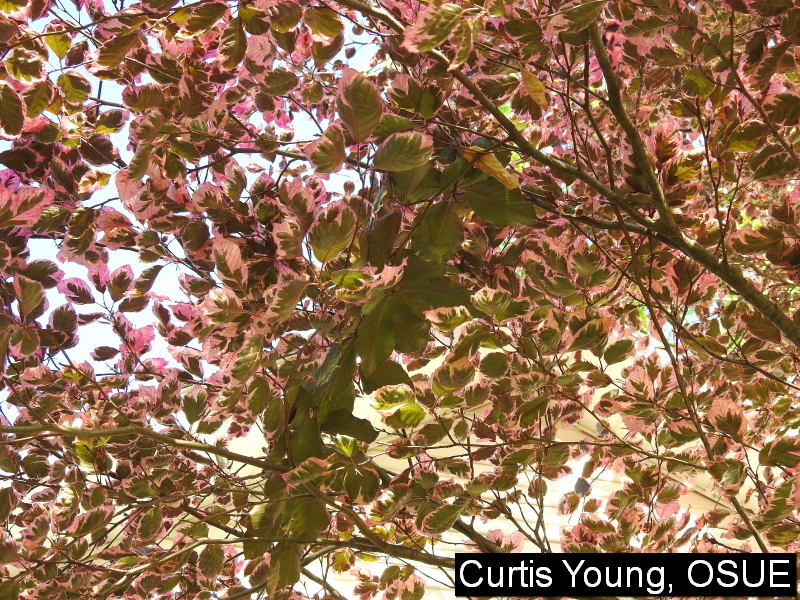 One branch of this tricolor beech has reverted to an all-green form.

Reversions are common in herbaceous perennials as well. Hosta ‘June’ is a sport of Hosta ‘Halcyon’, a beautiful and sturdy blue variety.  Hosta 'June' has won numerous garden awards over the years including the Hosta of the Year (2001), Royal Horticultural Society’s Award of Garden Merit (2004), among numerous others. 'Halcyon' also an award winner, for its form and superb blue foliage. 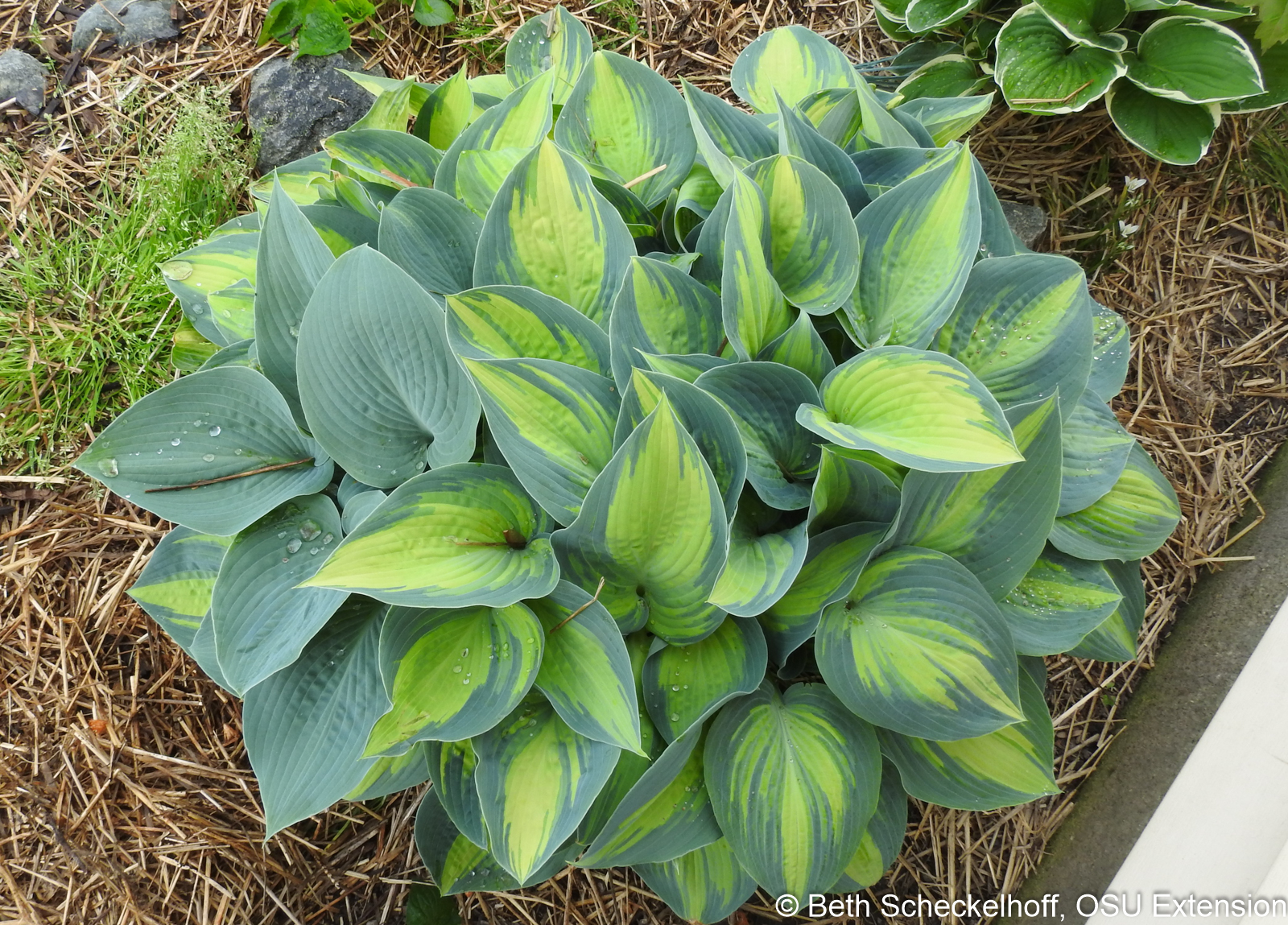 Clump of Hosta 'June' shows reversion of one shoot to Hosta 'Halcyon', which can be removed and planted for two unique hosta varieties in the garden.

Lysimahcia punctata ‘Alexander’ is a variegated form of yellow loosestrife in the Primrose Family featuring green and white variegated foliage and yellow flowers. This lysimachia has the common name of “yellow loostestrife”  though is not related to the infamous invasive purple loosestrife (Lythrum) in the Loosestrife Family.  'Alexander" can be more aggressive in moist soils and is known for reverting to the all-green form. The variegated form is compact and tidy while the all-green form spreads without apology. 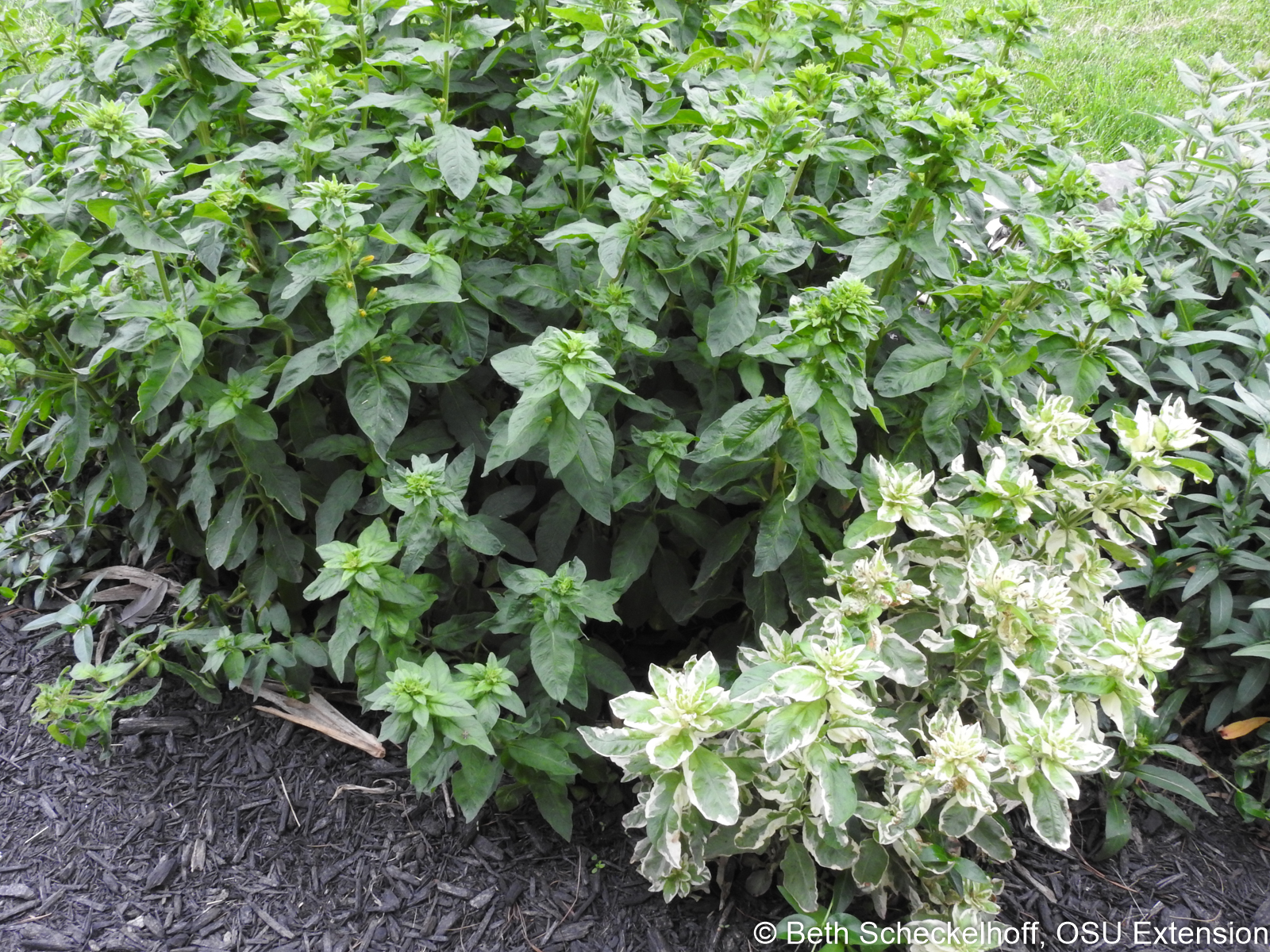 The all-green lysimachia quickly outgrows the variegated 'Alexander', which is prized for its "tidy" garden habit. To maintain variegation, the green foliage needs to be removed as quickly as possible - or the variegated form can be lost.

If you notice portions of beloved variegated plants or dwarf conifers reverting to their standard form, it is best to remove the reversion as soon as you are able. This will prevent the reversion from taking over and maintain the unique characteristics indefinitely.