In Flanders Fields: Poppies Remind Us of Those Lost

Authors
Beth Scheckelhoff
Published on
May 25, 2020 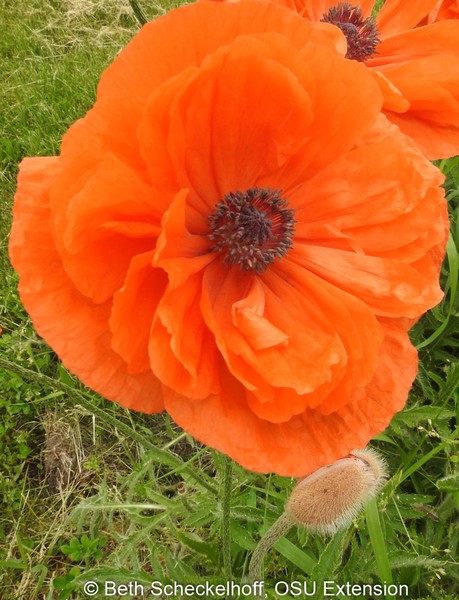 There is a round patch of poppies in the small town I live in. It sits at the edge of a drive just off the main road. You would never even know it is there – unless you happened by in late May around Memorial Day. Then you can catch a glimpse of the breath-taking blooms and fuzzy flower buds of the oriental poppy (Papaver orientale). 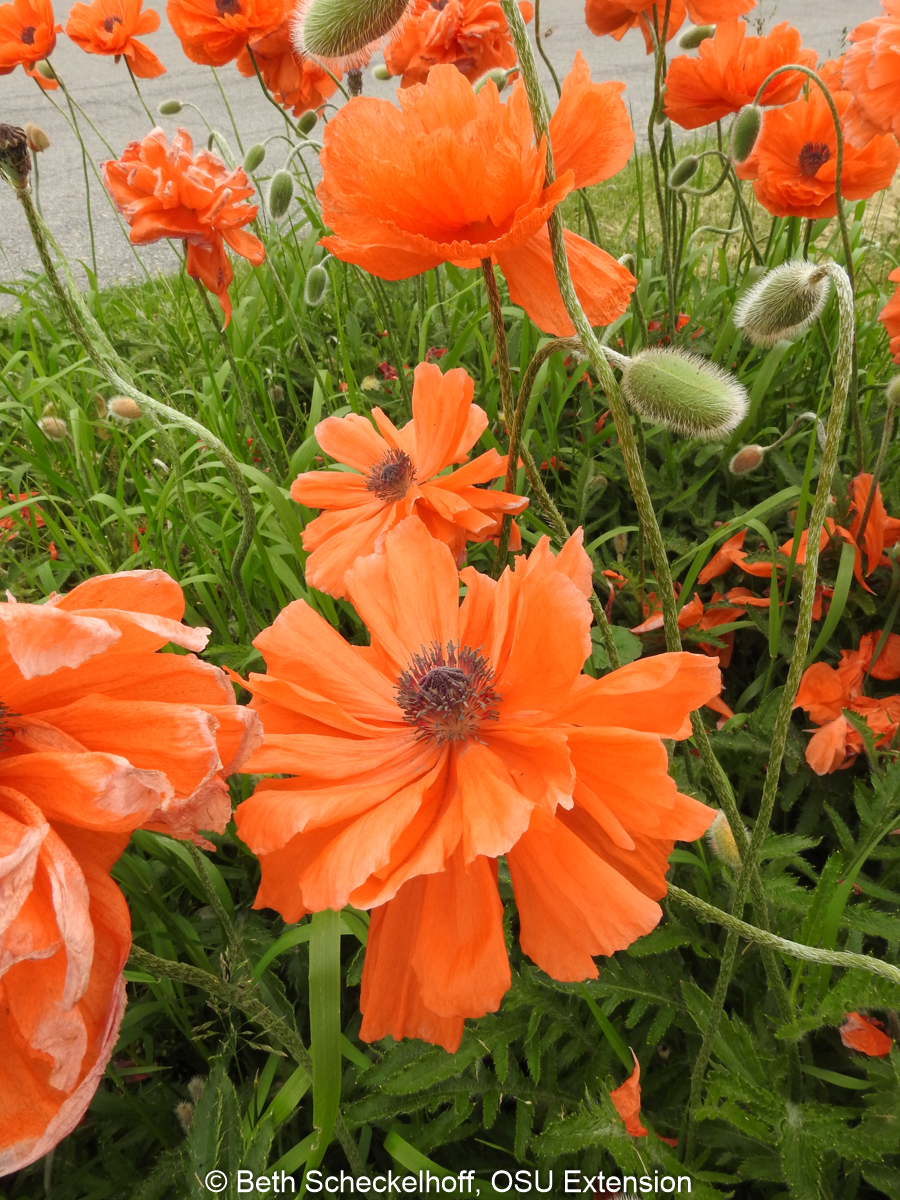 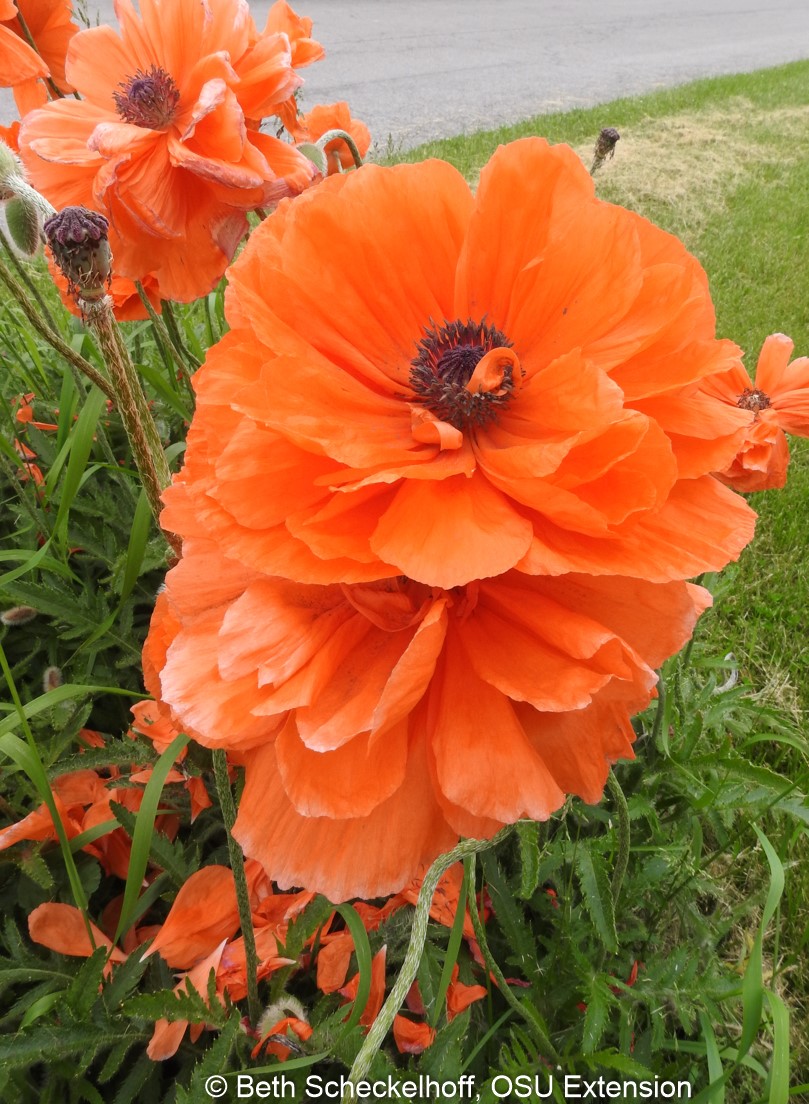 P. orientale is a mainstay herbaceous perennial in many Midwest gardens. It blooms in late May through early June and then goes dormant through the summer. The poppy patch that I admire each year has brilliant orange-red flowers. If brilliant orange is not your color, there are numerous hybrids available in varying shades of salmon, red, pink, and white. Some are available via seed while others are propagated by division.

I have long known that the poppy is a widely recognized symbol for Memorial Day but had not delved into the history of how that came to be. There are many sources on the subject, and if intrigued, I suggest you begin by reading this article from the History Channel.

A look back in history reveals how World War I ravaged the landscape of Europe while claiming millions of military lives from 1914 to 1918. Despite the immense destruction, red poppies (Papaver rhoeas; also known as the common poppy, Flanders poppy, field poppy, corn poppy and corn rose) grew among the carnage. Their presence inspired a poem written by Canadian Lieutenant Colonel John McCrae titled “In Flanders Field”.

In Flanders fields the poppies blow
Between the crosses, row on row,
That mark our place; and in the sky
The larks, still bravely singing, fly
Scarce heard amid the guns below.

We are the Dead. Short days ago
We lived, felt dawn, saw sunset glow,
Loved and were loved, and now we lie
In Flanders fields.

Take up our quarrel with the foe:
To you from failing hands we throw
The torch; be yours to hold it high.
If ye break faith with us who die
We shall not sleep, though poppies grow
In Flanders fields.

Interestingly, P. rhoeas is an annual plant (hardy to USDA Zone 8) considered to be an agricultural weed throughout much of Europe, northern Africa and temperate Asia. Red poppy seeds remain viable in the soil for long periods of time until the soil is disturbed – hence their prolific growth and flowering in war-torn areas during and following World War I.

Papaver rhoeas in bud, flower, and fruit. Image courtesy of Alvesgaspar via wikimedia.org.

Though the oriental poppy is not technically "the" poppy that symbolizes Memorial Day, its unrivaled bloom in both beauty and timing make it a fitting substitute for the red poppy in every Ohio garden. May all poppies serve to remind us of those who bravely fought for our freedoms, yesterday, today and tomorrow. 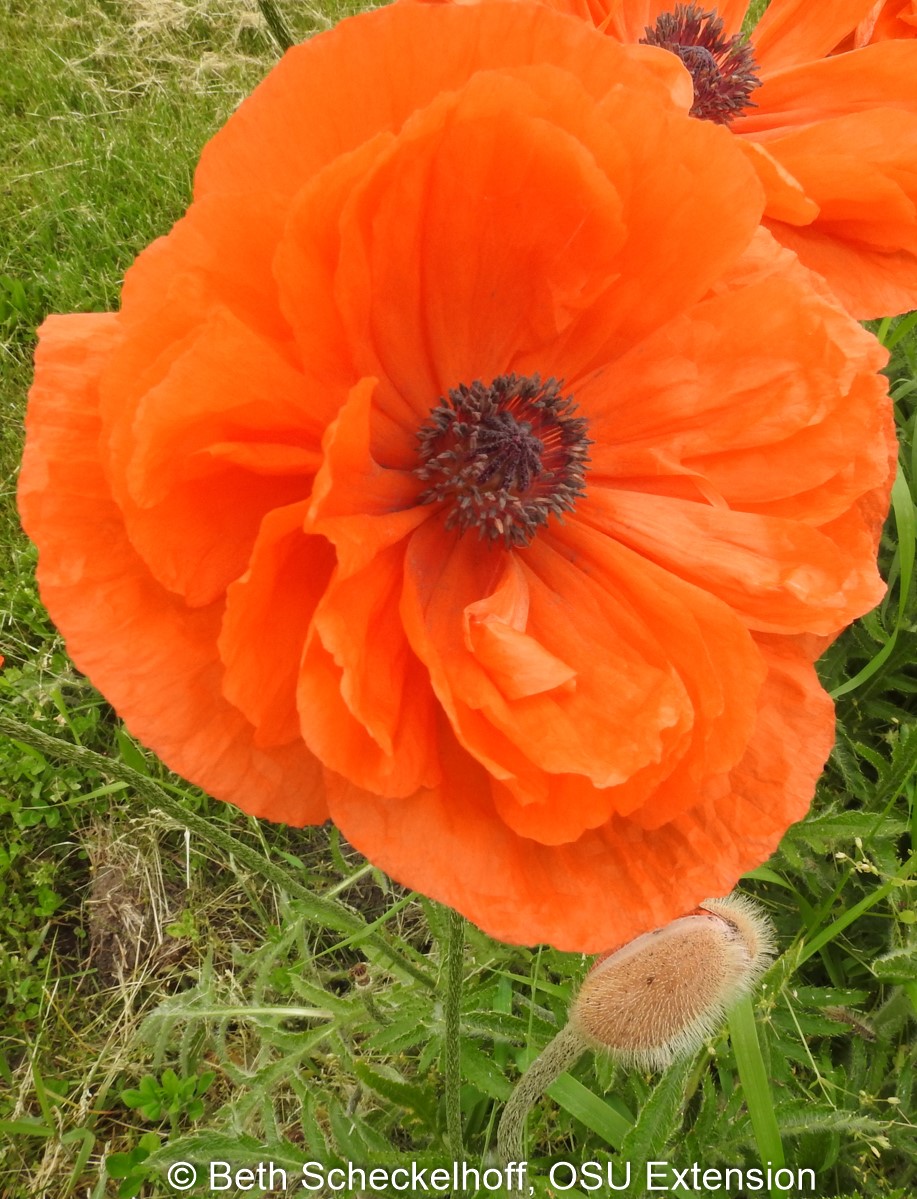