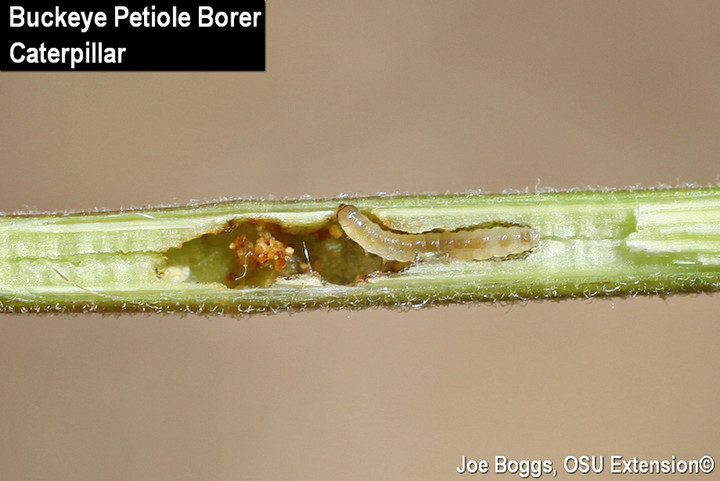 A number of trees and shrubs in Ohio suffered frost/freeze damage this spring with symptoms ranging from blasted flowers to wilted, blackened leaves, to twig dieback.  Wilted leaves on buckeyes may mimic frost/freeze damage, but a close look at the petioles will reveal the true culprit:  the buckeye petiole borer (Zeiraphera claypoleana, family Tortricidae). 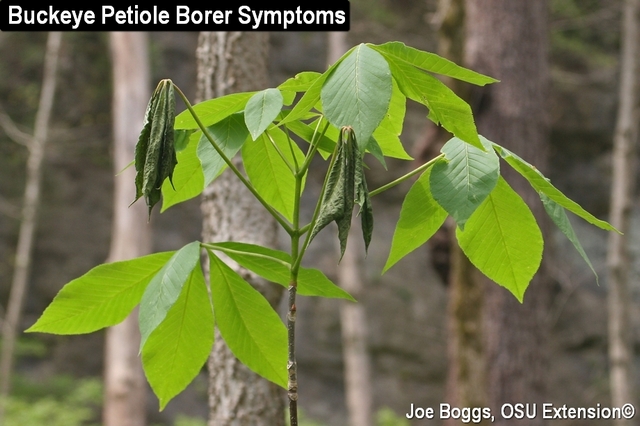 Buckeye tree (Aesculus spp., family Sapindaceae) canopies tend to be remarkably free of insect pest damage except for the depredations of some general defoliators and oddballs like buckeye lace bug (Corythucha aesculi).  However, if you're cruising Ohio woodlands this spring, you may run across the depredations of the petiole borer.  Although the literature notes this native moth is specific to Ohio buckeye (A. glabra), I've also observed petiole boring activity on yellow buckeye (A. flava). 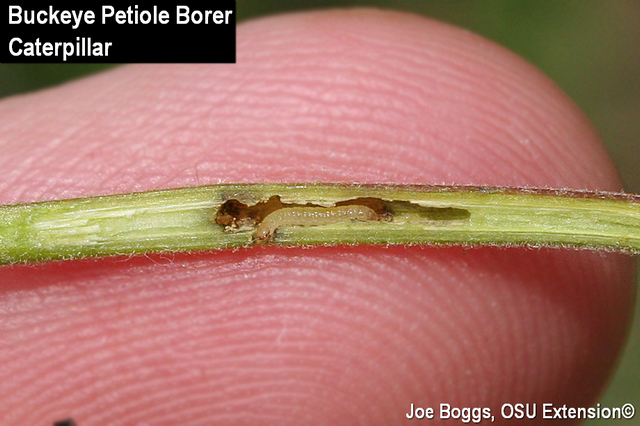 Look closely for a slight swelling, a spot-like discoloration, and a small hole in the petioles of affected leaves.  Small quantities of sawdust-like frass (insect excrement) may hang from the hole.  Clean holes usually indicate the caterpillars have completed their development and have exited for pupation. 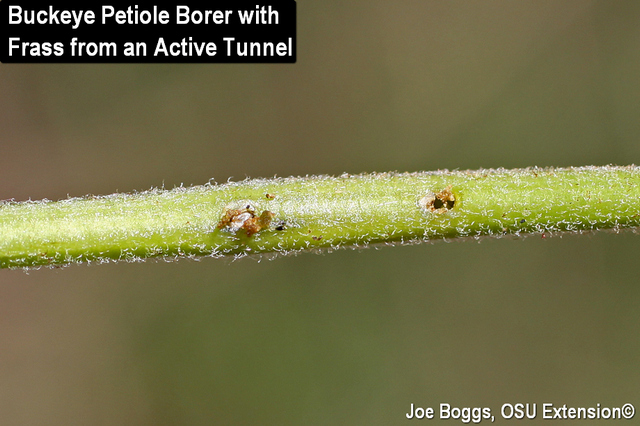 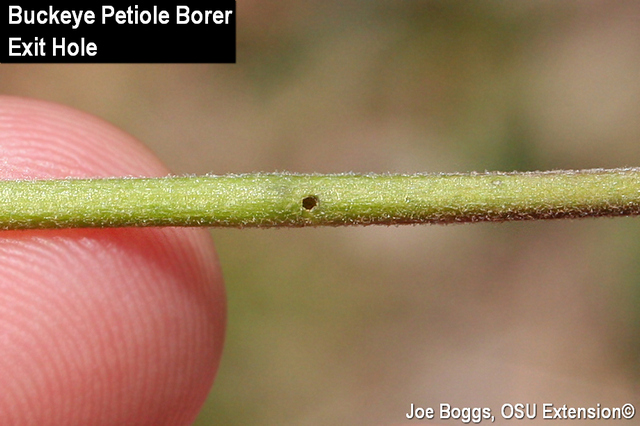 Trees usually only suffer a few damaged leaves.  The hit-or-miss nature of the wilted leaves provides good evidence that it's not frost/freeze injury. 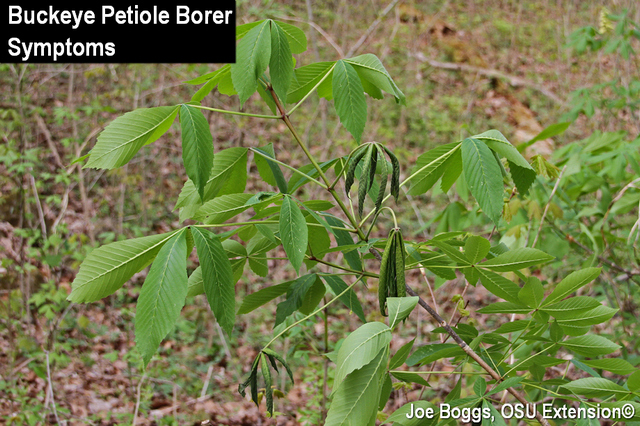 Beth Scheckelhoff (OSU Extension, Putnam County) has reported that the handiwork of the buckeye petiole borer has been very evident this spring in northwestern Ohio.  I'm seeing the same thing in the southwest part of the state.  Both of us have observed something that's been reported in past BYGL's:  the moth appears to select understory trees growing in wooded areas along streams.  Neither of us is seeing the damage on trees in landscapes. 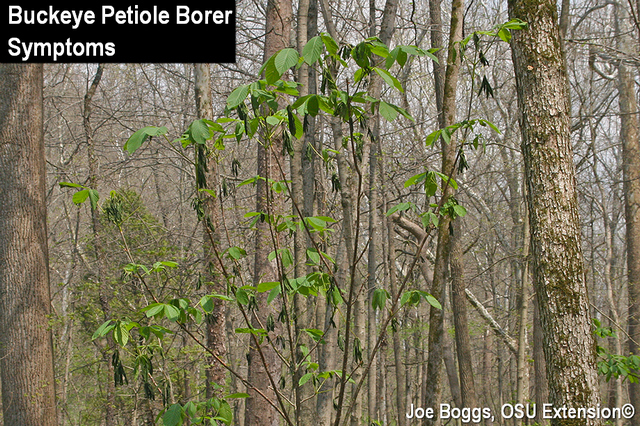 Damage by this borer may appear conspicuous; however, the caterpillars seldom cause enough leaf loss to affect the overall health of infested trees.  So, no chemical control recommendations are currently available.

On the other hand, there are two generations per season in Ohio with the damage caused by the second generation becoming more severe.  However, populations can be effectively reduced through digital suppression.