Authors
Beth Scheckelhoff
Published on
May 18, 2020 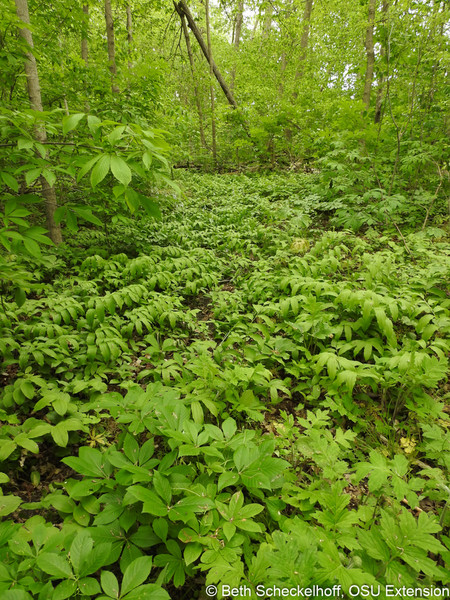 Many woodland plants are prized for their ornamental and edible attributes for wildlife and, in some cases, humans. Some of these magnificent plants can now be found among the woodlands and woodlots of Northwest Ohio. More specific information on human use of many native plants can be found on Penn State’s Virtual Nature Trail. While some have been used by ancient cultures, none should be consumed unless identification is certain. 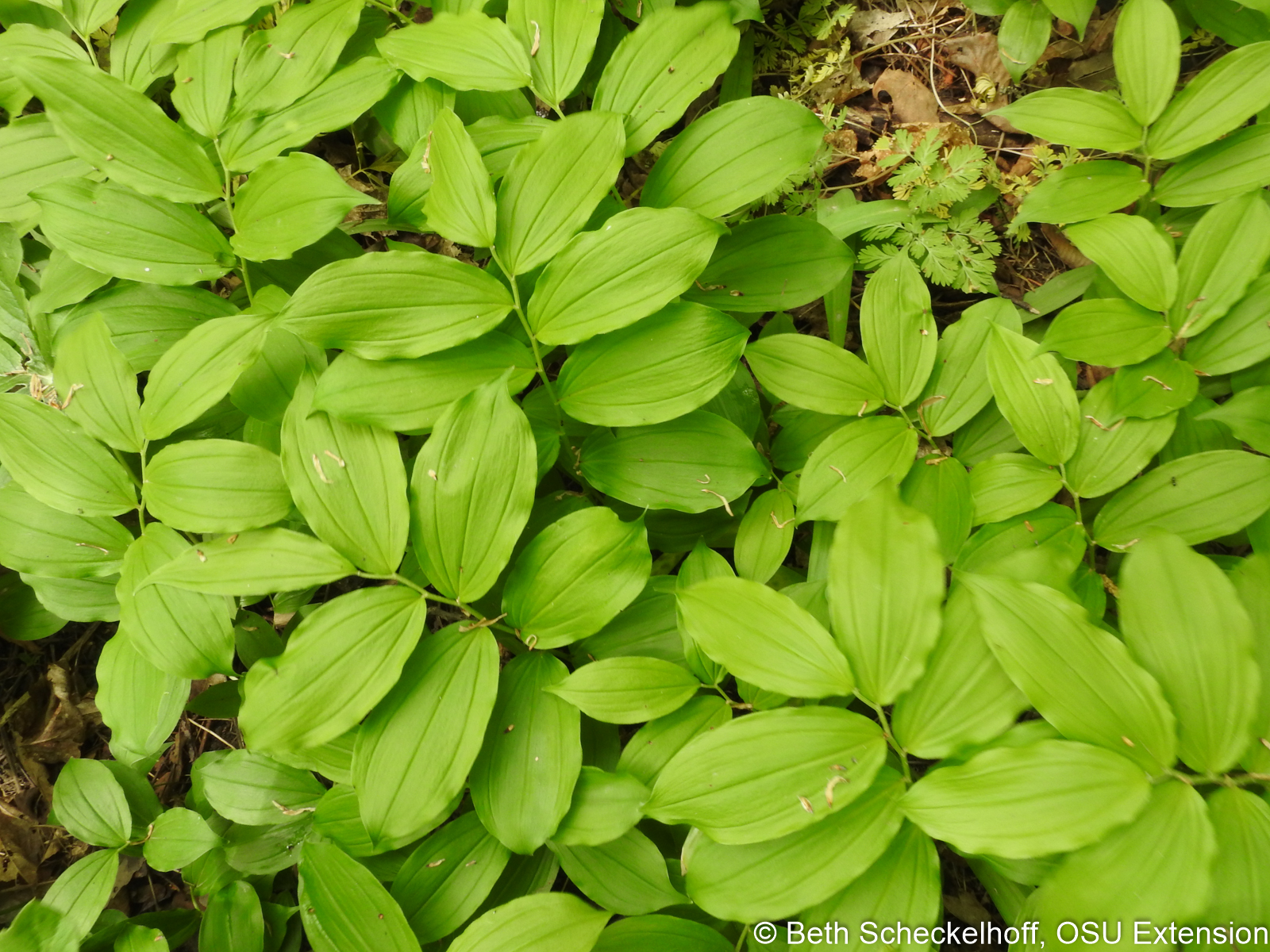 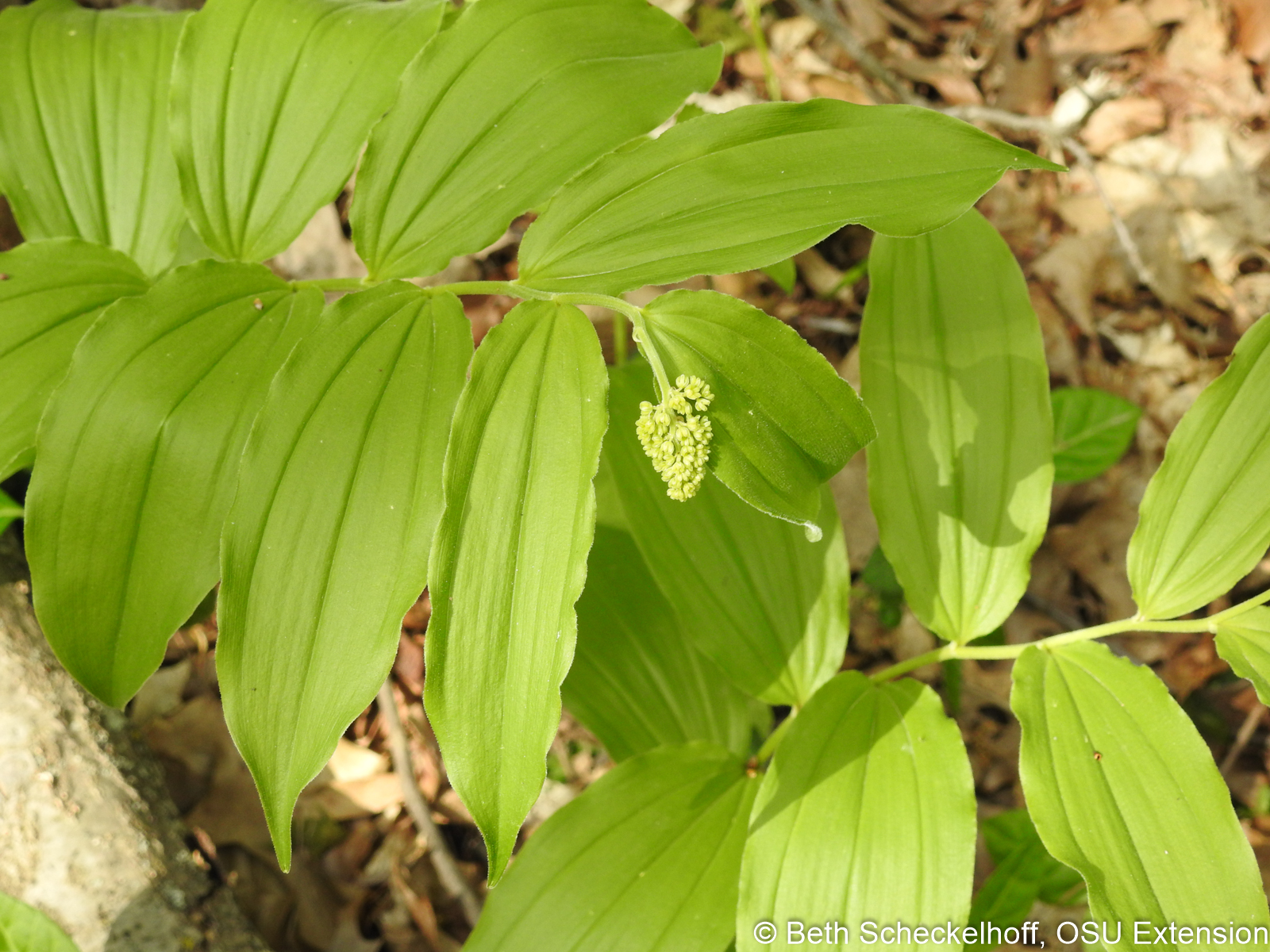 Wild Ginger (Asarum canadense). Wild ginger is not the same plant as true ginger used for culinary purposes (Zingiber officinale). Wild ginger roots impart a ginger-like smell and were used by early Americans as a ginger substitute. This native plants makes an excellent groundcover for shaded areas, though is slow to grow. Flowers appear close to the ground and are generally obscured from view. 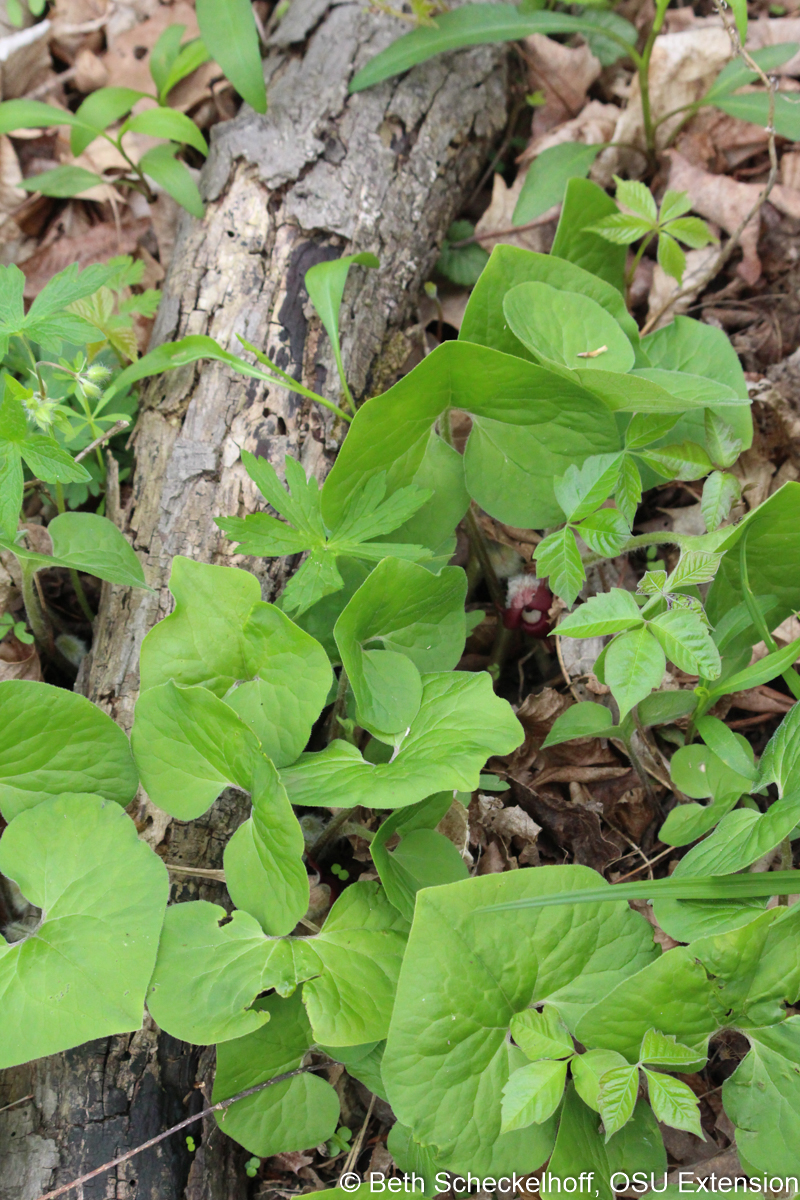 Wild ginger on the woodland flower. But where, o where are the flowers? 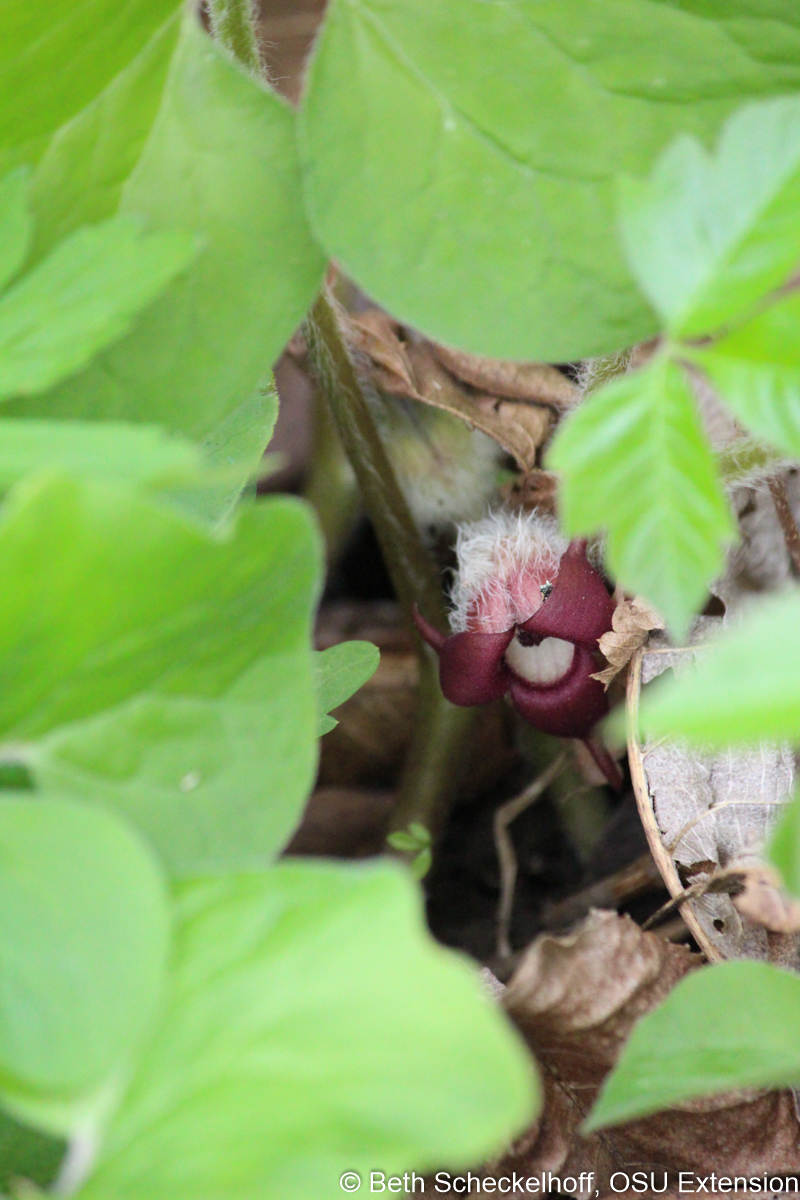 Wild ginger flowers tucked away and resting just above the ground.

Wild Gooseberry (Ribes rotundifolium). Also known as Appalachian gooseberry, this native currant can be found throughout the mid and eastern US from Tennessee to New York. Interestingly, it is considered a species of special concern (low population level) in Connecticut while a noxious weed in Michigan. It can be used to make jams, pies, and in pickled goods. 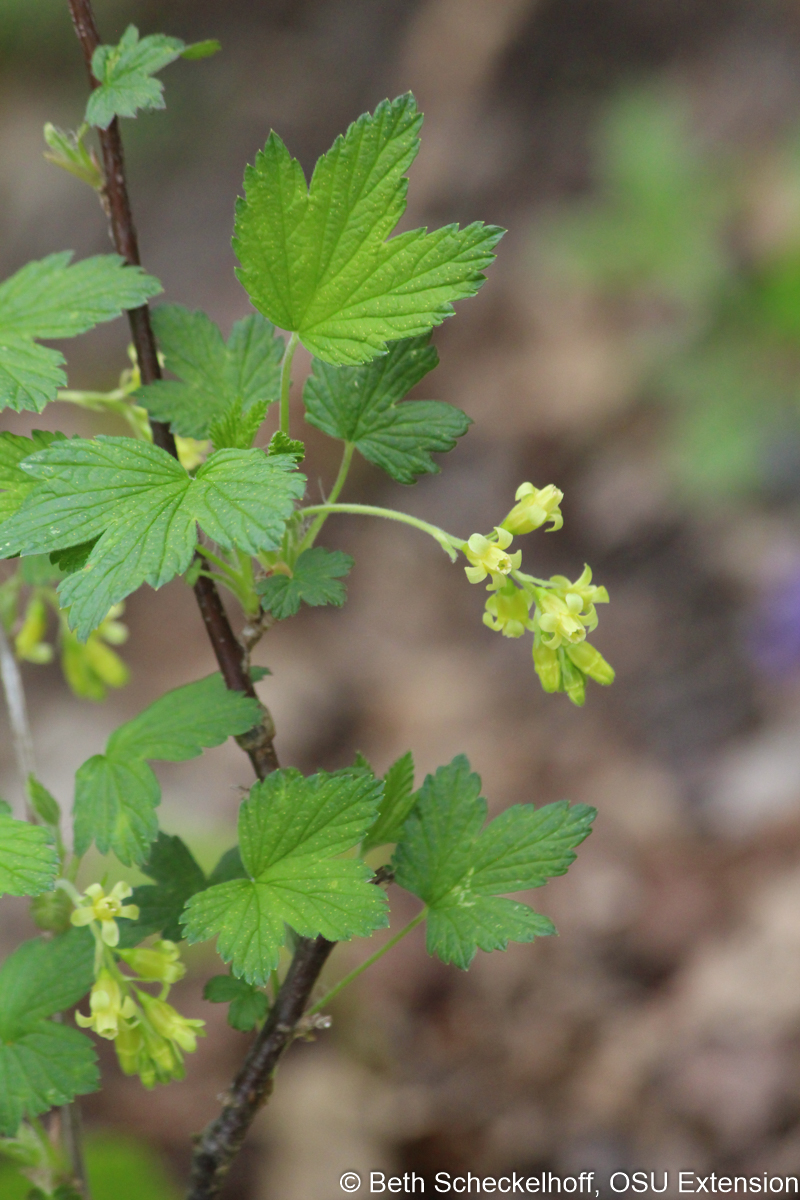 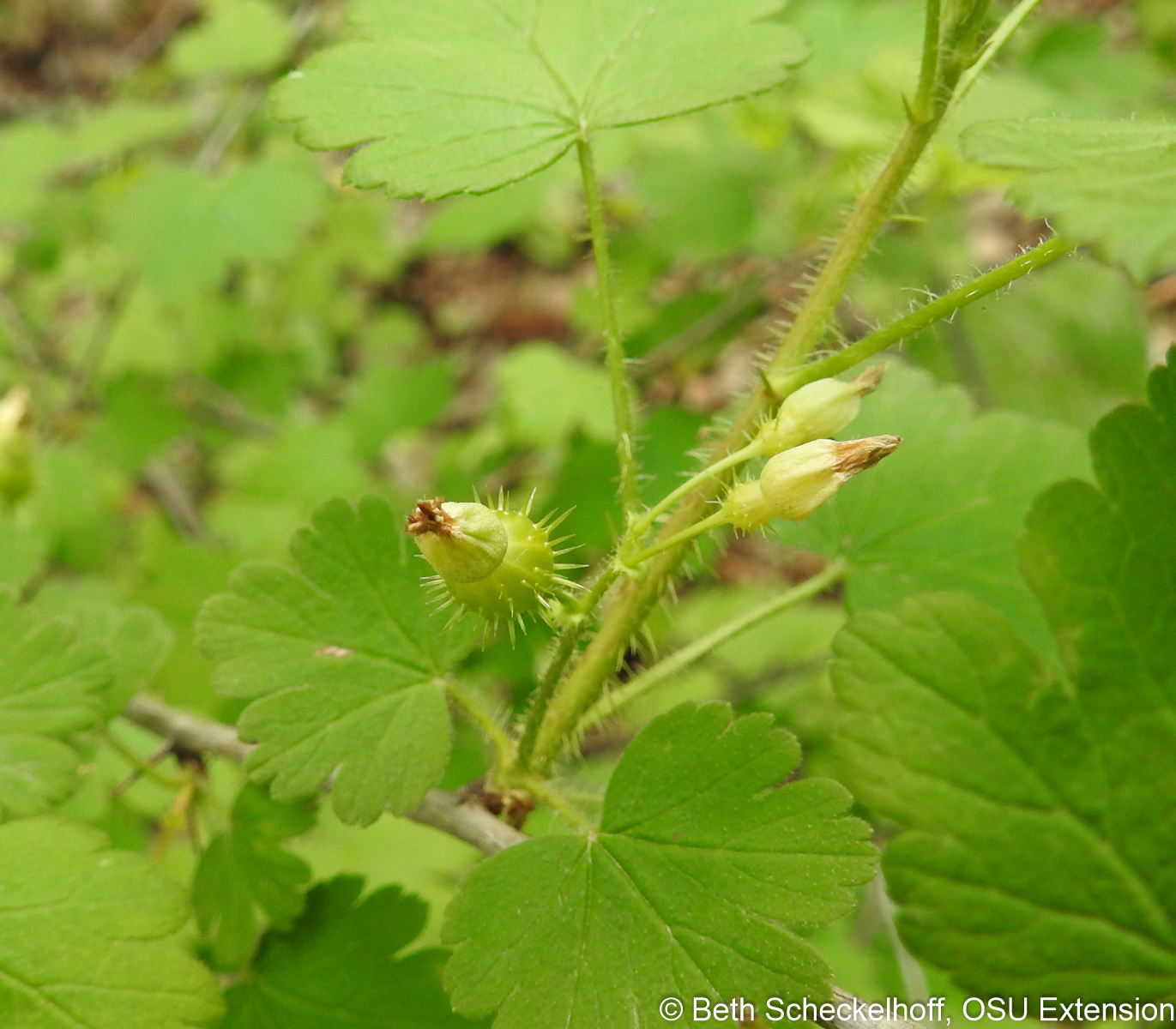 The developing fruit appear to intimidate, perhaps hinting of their tart flavor?

Wild Strawberry (Fragraria virginiana). Wild strawberry is a parent of the modern-day hybrid market strawberries we all know and love. These low growing perennials form a sprawling groundcover that grows best during the cooler temperatures found in the spring and fall. Wild strawberry generally grows on woodland edges and in open meadows. Plants may form small, tart berries in the early summer. 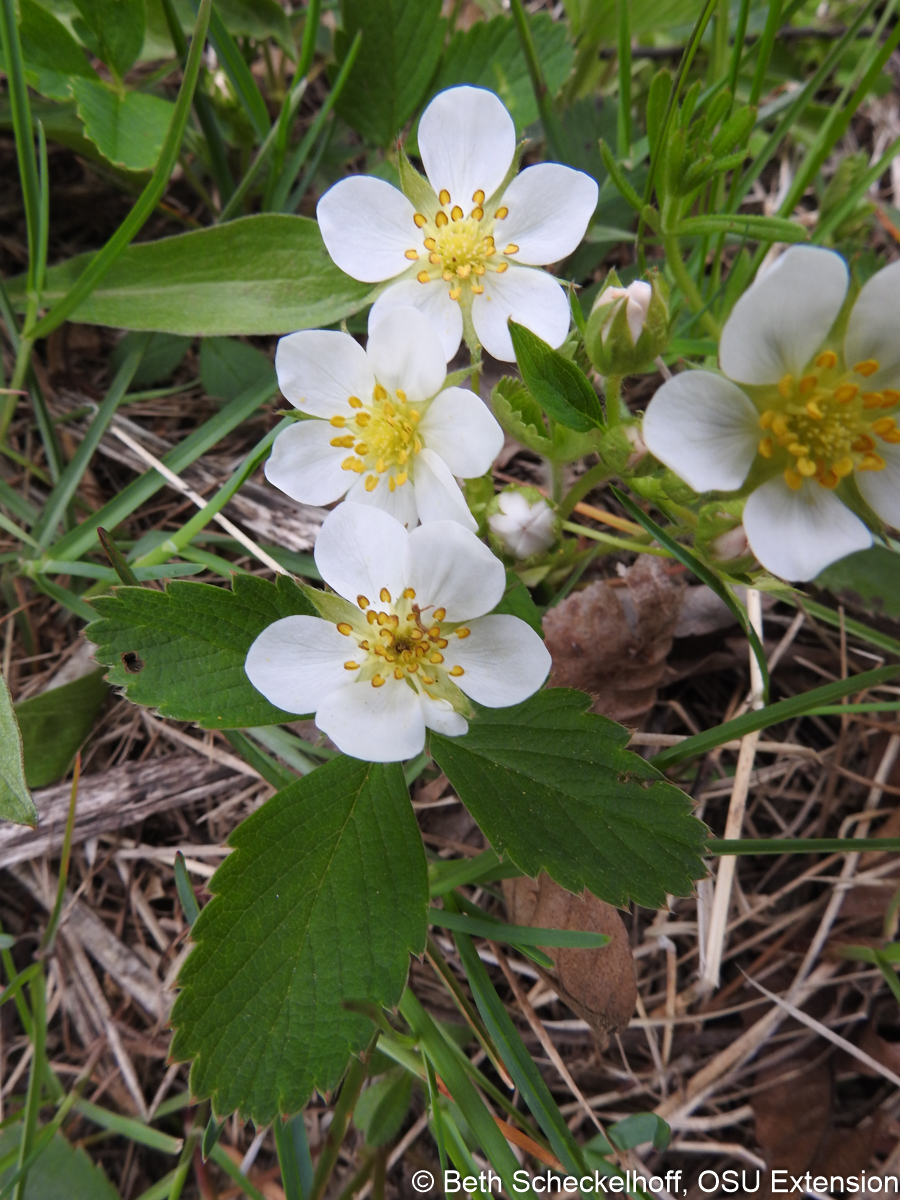 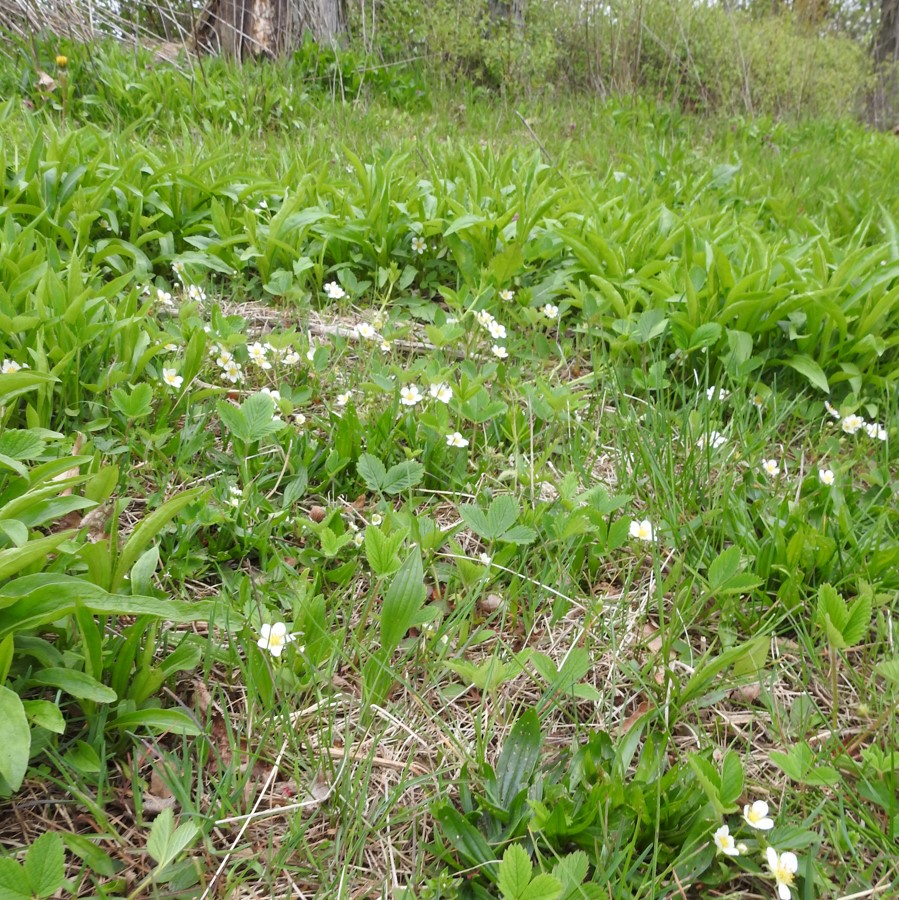 Wild strawberry sprawling along the edge of a woodlot.