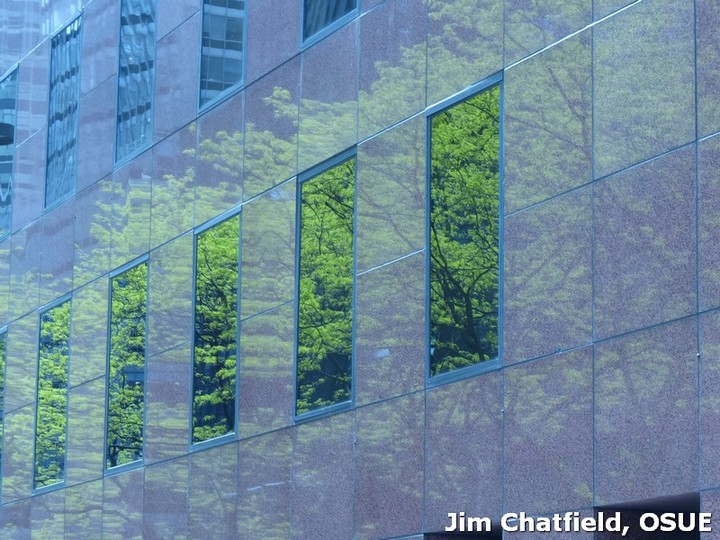 {The bygl-alert writers love to receive input on the alerts we send, especially in this time of social distance. To paraphrase Robert Frost: “Tree at my Windows, never let there be sash drawn between thee and me”. Here are a few recent BYGLmails from you.

The first note comes from a friend and reader of the alert on “Infectious Disease Host Range” How Wide Is It” (https://bygl.osu.edu/index.php/node/1454). She writes of her own experience with a soilborne fungus that does not cause plant disease, but does cause a human disease – sporotrichosis, caused by the pathogen Sporothrix schenckii. This is sometimes called “Rose Gardener’s disease” because one way the pathogen is inoculated into humans is through rose thorns after spores are splashe up onto the thorns, but other plants have spores of the fungus that get on stems and if they puncture human tissue, may cause infections.}

“A word about sporotrichosis, I have had it.  I got it from a Halesia.  The symptoms were a prick that did not heal for several weeks and the skin around it started peeling, no redness except initially.  I went to a dermatologist about something else and when I showed him the wound, small as it was, he swung into immediate action calling an infectious disease doctor for me to see within the hour.

I was put on an anti-fungal, not antibiotic, for six months....at great expense to the health insurance company, like $1000 a month or maybe it was more, apparently antifungals are enormously expensive.  Even after I had been on the medication for a week, nodules began forming in all the glands going up my arm into my armpit.  Very scary.  Anyway, six months on meds took care of it and now I most certainly do try hard to remember never to go out into the garden without gloves on, especially if I am pruning.

And I never ever ever shrug off any wound I receive in the garden, I try to make the site bleed profusely to clean out whatever might have entered.  Just thought you would want a report from the front line.  Everyone should take this disease very seriously, especially if their prescription insurance is less than robust.”

{Thanks from all for this input}.

{Another recent BYGL response was from Chrissy Moore, Horticulturist for the National Herb Garden at the National Arboretum. This garden, a gift from the Herb Society of America is adjacent to another wonderful treasure at the Arboretum (the Bonsai Garden and Penjing Museum).  The National Herb Garden has its 40th birthday this year, and it is deemed the largest designed herb garden in the United States.

According to their website, The Garden "showcases plants that enhance people’s lives as flavorings, fragrances, medicines, coloring agents, and additives in industrial products”. There are four gardens of seasonally changing beds, an Elizabethan-inspired knot garden of evergreen shrubs in a knotted pattern, a rose garden, and themed gardens of herbs such as rosemary.}

Chrissy’s e-mail in response to the “Pathogen vs. Disease” alert (http://bygl.osu.edu/index.php/node/1450):

“Just read your article on BYGL. Really enjoyed it, I and passed it along to my garden volunteers as well. And, because I’m ever the good student, I sent it on to my microbiology professor at my alma mater. Even though his focus is on E. coli, I still send him plant-related things in the hopes that he will have good stories to teach his students that aren’t mammal-related. I’m always pushing the plants!”

{It’s been too long since myself or our Extension team has visited the Herb Garden and the National Arboretum, so I sort of invited us and Chrissy welcomes us when time and COVID-19 permits. It is a great place for all plant lovers to enjoy. To prove that I have failed to visit, I find that I have no lavender pictures, except one from (I kid you not) The Denver Botanic Garden at Chatfield.}

{Long-time friend and Lake County nurseryman Mark Gilson, an English major in college and his wife enjoyed the poetic references in some of the bygl-alerts. He also had a comment about “Ten Questions About Planetrees: The First Five” (https://bygl.osu.edu/index.php/node/1462), and how to tell the difference between American planetree (sycamore) and the hybrid London planetree. I had listed one vs. two fruits per peduncle, more khaki colors in the bark of London planetree, and droopy ears on the lower part of the leaf blade for sycamores.}

I thought there was another way to tell London Planes and Sycamores apart...one usually retains heavy bark near the base.  I just can't remember which one!

{The last BYGLMAilbag item for now is from Richard Cowles of the Connecticut Agricultural Research Station in Windsor, CT.  The University of Connecticut (“The Huskies”) is the 1862 land-grant university for Connecticut, like Ohio State University is the 1862 land-grant university for Ohio.  OSU was formally founded in 1870 as Ohio Agricultural & Mechanical College, so this year is OSU’s Sesquicentennial (more on that in a future bygl-alert).

Connecticut is known by many as the Nutmeg State, possibly due to it receiving spice-laden ships early in its history as a colony, or as some say, because of locals enjoying little wooden gee-gaws called “nutmegs”.  Part of what we now know as northeast Ohio was part of the Connecticut Western Reserve of the Colony of Connecticut and the State of Connecticut; so, we have great affinity.

As for nutmeg, the sweet nutmeg plant, Maristica fragrans, (Myristicaceae) does not come from Connecticut, but rather from the Spice Islands (Moluccas) in Indonesia.  For good reading some time, check out books on the fascinating Spice Wars. I do not know this for a fact, but I suspect that somewhere in the National Herb Garden (see above) or the U.S. Botanic Garden Conservatory, both in Washington D.C., there is some Maristica fragrans.

Now, as indicated in “Ten Planetree Questions, Part Two” (https://bygl.osu.edu/index.php/node/1464), Richard Cowles made note of the Pinchot Sycamore then miles from his home (also a wonderful invite for the future). He also posed a very interesting question}:

“Joe Boggs (a colleague) signed me up for the BYGL blog, which I am enjoying.  Now for the really deep question about “sick-a-mores”.  With all the repeated defoliation, how on earth are sycamores able to put on as much biomass as they do?  My workplace is only about 10 miles or so from the Pinchot Sycamore (see https://en.wikipedia.org/wiki/Pinchot_Sycamore), which is a testament to this odd fact.”

{It is a great question. Sycamore anthracnose arrives every year, but it is far worse in years when there are extended cool, wet conditions during leaf emergence, as the fungus overwintering in twigs easily infects leaves.  Yet. Yet, the trees keep coming back with new foliage, and typically, even in years with severe early disease, the tree looks pretty normal by late June.

We know that trees produce their own food in their leaves via photosynthesis, and to a limited extent in bark tissue, and to an even more limited extent in flower parts (flowers are modified leaves). We also know that trees lose some of that food to the extent leaves have been lost and that producing new leaves require some of the tree’s stored food.  So, how are sycamores still so successful?  Thoughts?}