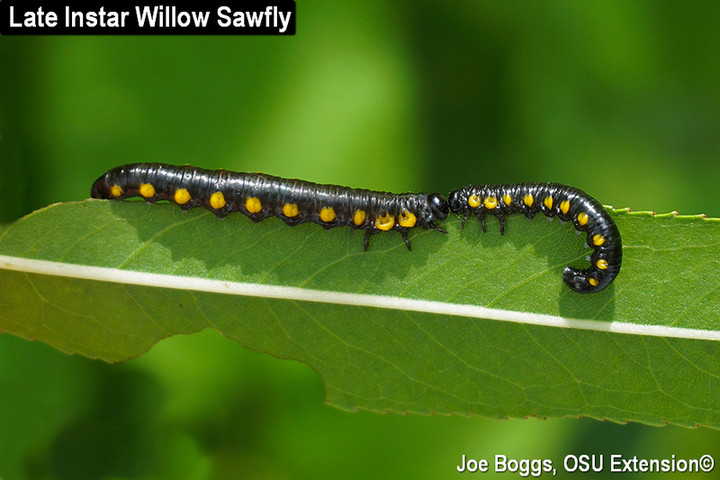 Kris Stone, Director of the Boone County Arboretum and horticulturist extraordinaire, texted images this past Friday of Willow Sawfly (Nematus ventralis) larvae chowing down on the leaves of a Dewystem Willow (Salix irrorata) in his home landscape.  It's a reminder that although the plant pest season may be drawing to a close, it ain't over 'til it's over.

Despite their common name, this non-native European sawfly may also feed on poplars (Populus spp.).  Although the sawfly is considered somewhat rare, occasional population outbreaks have been observed on both poplars and willows.

Willow sawfly has at least two generations per season with the heaviest leaf damage typically produced by the second-generation late in the season.  This means willow sawfly larvae usually cause little damage to the overall health of established tree hosts.  Affected trees generally have enough time before leaf-loss to produce and store sufficient carbohydrates to support leaf and stem growth next spring. 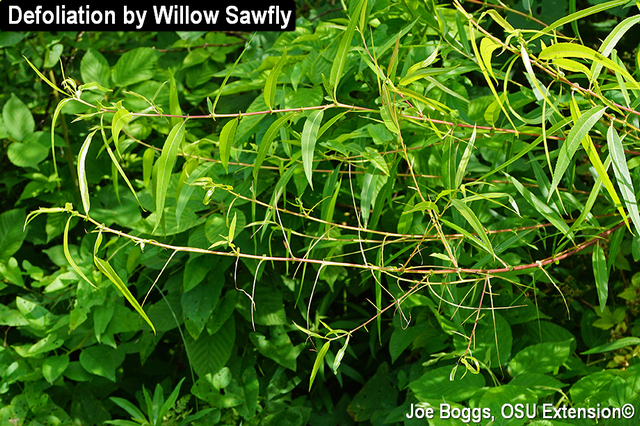 It may be a different matter for newly planted trees.  Reduced stem growth has been observed on young trees that suffered heavy defoliation by this sawfly the previous season.

Kris noted the larvae are "rather Halloween-ish in color."  Indeed, the striking-looking larvae are shiny black with a row of slightly raised orangish-yellow spots along the sides of their bodies.  As with many types of sawfly larvae, when disturbed willow sawfly will form their bodies into an "S" shape (S for sawfly?). 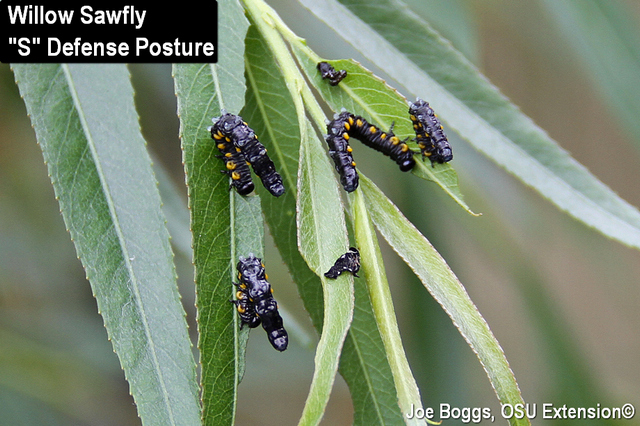 Don't confuse this species with another sawfly species found in North American that also feeds on willow.  Nematus oligospilus has no approved common name; however, it is also commonly referred to as the "willow sawfly."  Larvae of this species are much less colorful; their head capsules are flesh-colored and their bodies are light green with faded green and white longitudinal stripes.

Willow sawfly larvae feed in colonies that typically include 5 - 10 individuals.  Early instars produce holes and notches in leaves while later instars consume entire leaves except for the midveins. 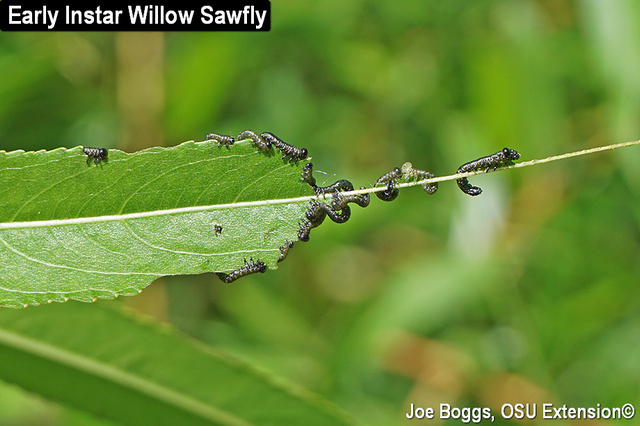 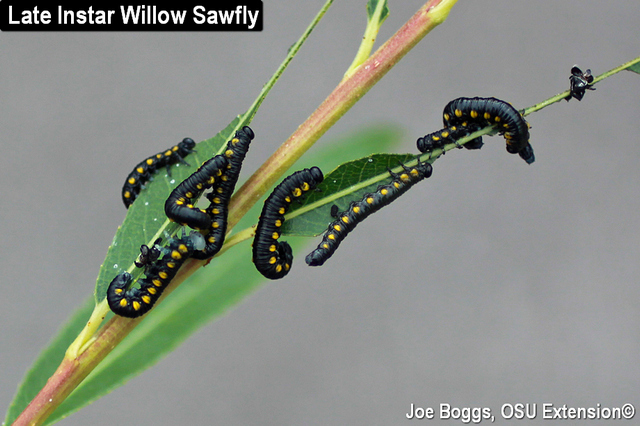 The sawfly larvae in Kris' text image were late instars meaning feeding damage will soon cease once larvae drop to the ground where they pupate prior to winter.  However, it's not too late to reduce the population for next season knocking the colonies into a bucket of soapy water or onto the ground and doing the "sawfly stomp dance."  Thus far, no populations have become resistant to stomping. 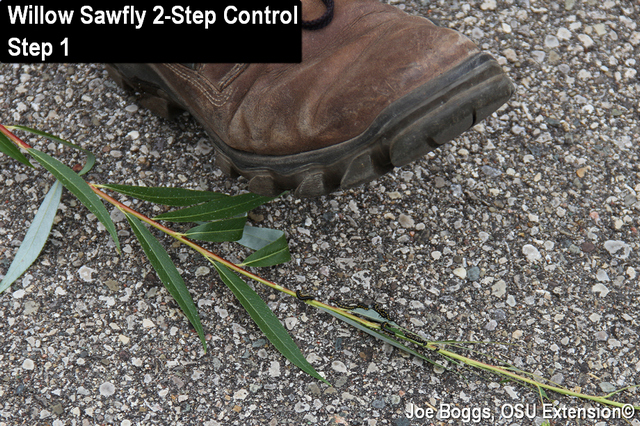 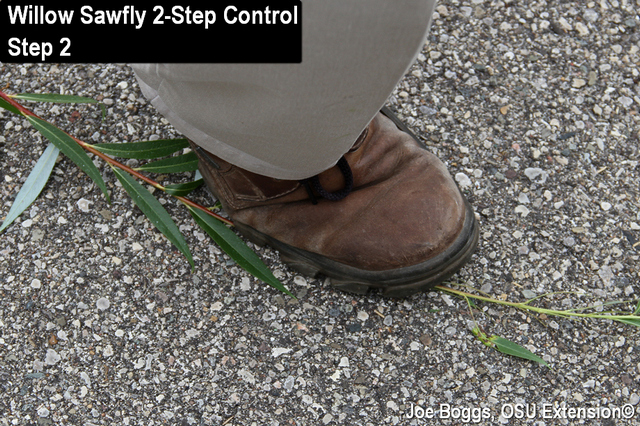