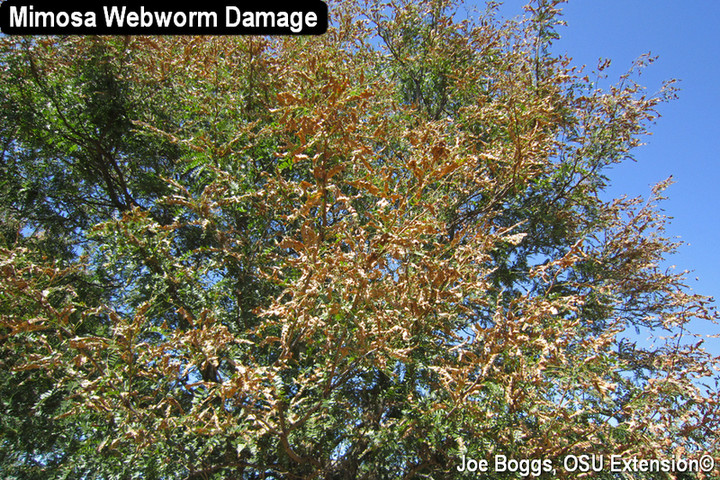 Damage by non-native Mimosa Webworms (Homadaula anisocentra, family Galacticidae) was a topic of discussion during today's BYGLive! Zoom Inservice.  Curtis Young reported high localized populations in northwest Ohio and we both saw flaming honeylocusts last week in Knoxville, TN, as well as along I-75 in Kentucky as we each made our way back from the ISA International Conference. 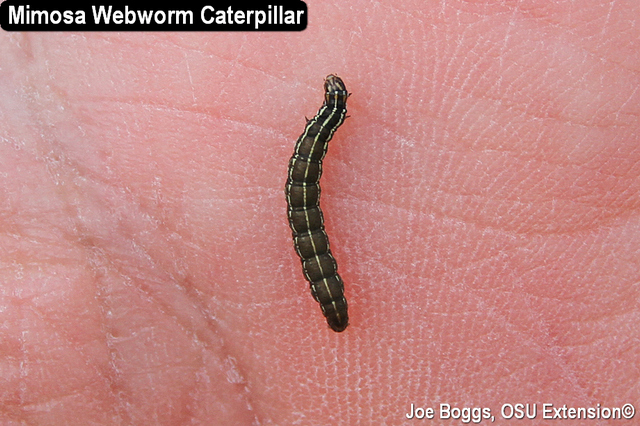 Despite their common name, mimosa webworms are most often found on honeylocusts.  This non-native nest-maker was accidentally introduced into the U.S. from China in the early 1940s.  The first infestations were found on honeylocust in Washington, D.C. landscapes that had been planted to replace American elms killed by Dutch elm disease. Since that time, the webworm has spread across much of the eastern and Midwestern U.S.

There are typically two overlapping generations per season in Ohio; however, a third-generation may occasionally occur in the southern part of the state.  The caterpillars vacate infested trees in the fall to construct cocoons in protected locations where they spend the winter.  Pupation occurs in the spring with adults appearing in late-spring. This is considered a "summer pest" with first-generation caterpillars appearing sometime in June.

The caterpillars feed gregariously as skeletonizers within webs spun over the foliage; they only feed on leaflets enveloped by their silk nests.  Attention is usually drawn to an infestation by clusters of orangish-brown "torched" leaves and leaflets that are tightly encased in webbing. 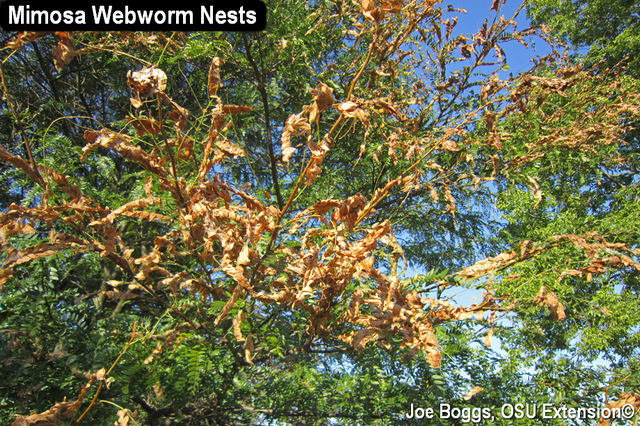 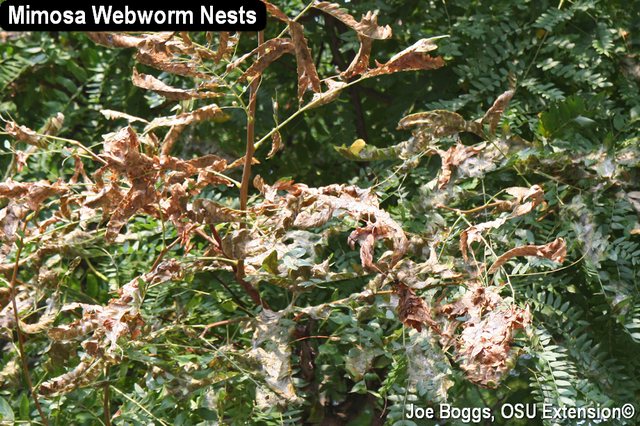 Female moths often lay eggs on nests from which they developed.  Consequently, first-generation nests are expanded by second and sometimes third-generation caterpillars.  Eventually, the nests become so dense that topical insecticides will fail to penetrate to kill the caterpillars. 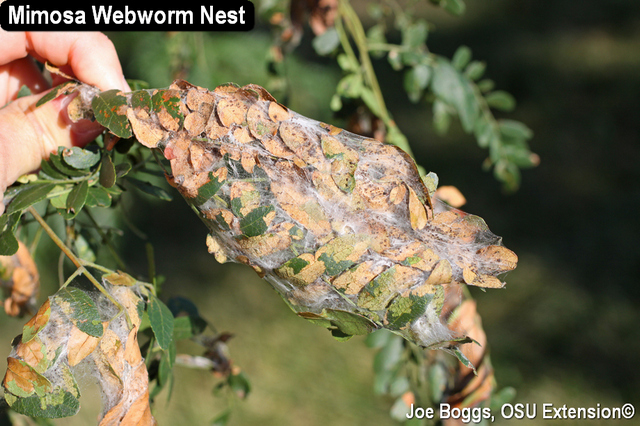 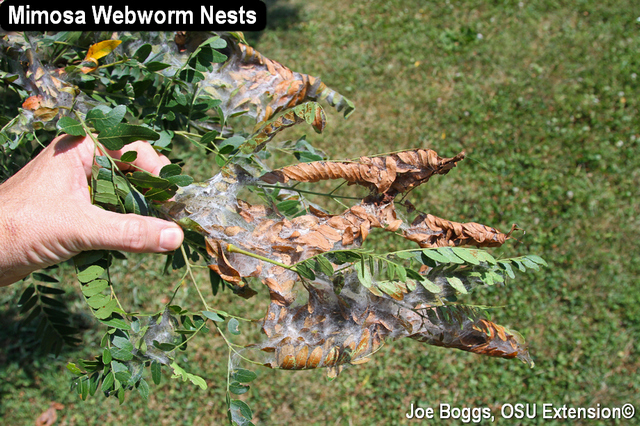 This means that management strategies involving insecticide applications should focus on targeting first-generation caterpillars that are present in mid-summer.  Also, preventing first-generation nests to fully develop will reduce the attraction of trees to second and third generation female moths. 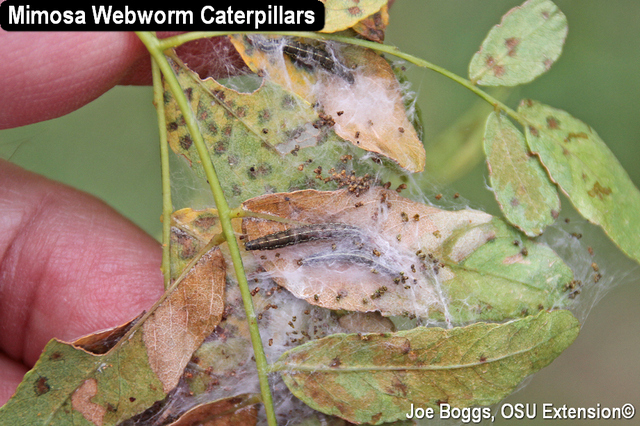 Significant leaf damage usually occurs late in the season as a cumulative effect of nests being expanded or new nests being created with each successive generation.  Consequently, there is seldom enough leaf loss early in the season to cause long-term weakening of established trees.  Newly planted trees are at greater risk and should be closely monitored for webworms early next season. 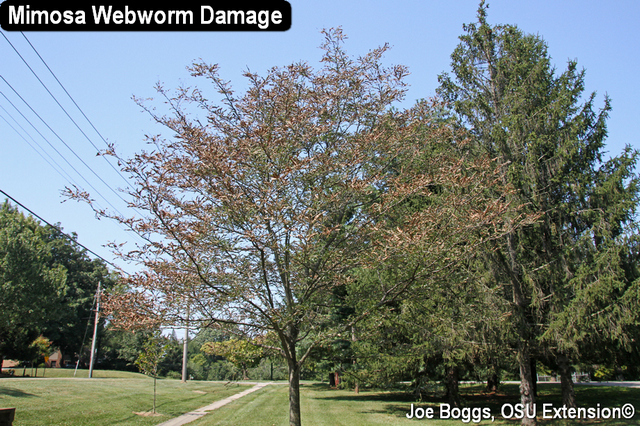 Fortunately, there are numerous predators and parasitoids as well as several pathogens that naturally suppress webworm populations.  These bio-allies are responsible for the widely fluctuating year-to-year population densities observed in Ohio and elsewhere.  Locations that suffer through a few successive years with high webworm populations typically enjoy a number of years with almost no webworms.