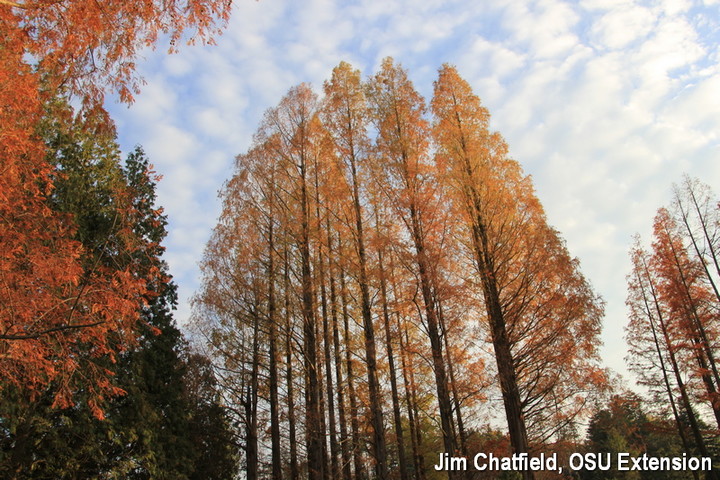 Since the publication of Andrea Wulf’s “The Invention of Nature: Alexander Von Humboldt’s New World” in 2015, I have loved the story of this man, once the world’s most famous “natural philosopher” (predating use of the term “scientist”) that we have all but forgotten. No longer.

The Science and Culture of our Senses: Floral Aromas, The Taste of Fruits, the Textural Feel of Leaves and Stems, The Sights of Secrest, the Sounds of Birds

Climate Change and the Politics of Federalism – Sara Chatfield

The Nurture of Edmund Secrest – Jason Veil and Paul Snyder

***And the night before…The Ohio premiere of “Humboldt Unbound”, a play performed by assorted wandering minstrels, in the amphitheater at Secrest Arboretum.***

…It was two hundred fifty years ago today…Well, almost (five more weeks), but Sgt. Pepper notwithstanding, on September 14, 2019 Secrest Arboretum on the OSU Wooster Campus, OSU Extension, and the Davey Tree Expert Company will host the birthday celebration (September 14,1769) for Alexander von Humboldt.  Hundreds of thousands of people around the world celebrated on the centennial of his birth in 1869, from Adelaide to Argentina, from St. Petersburg to San Francisco. And according to Andrea Wulf’s wonderful 2015 book, The Invention of Nature, 8000 people poured out into the streets of Cleveland, Ohio!

We do not expect that many this time, but hope many of you will come to the Secrest Center and the Arboretum grounds for a day of science and the senses. From the aromas of Secrest flowers to the flavors of Ohio produce, from the biological, geophysical and political sciences of climate change, to the sights of Secrest plantings and natural areas and the sounds of seasonal songbirds.

There is no cost for the program; bring your own picnic lunch but we will provide morning and afternoon refreshments.  Let us know you are coming (not required) by sending your name and contact information to: go.osu.edu/chatfield (must be lower case “c”). Or you can contact Sarah Mays of OSU Extension at mays.201@osu.edu or 330-263-3831, fax: 330-263-3667.  Prizes (books, plants, foodstuffs, and more), some especially reserved for those who let us now you are coming, will be part of the fun.

As noted, Dan Herms on the evidence and horticultural significance of climate change, Sara Chatfield on climate change and the politics of federalism, Jason Veil and Paul Snyder speaking of Edmund Secrest and the Nurture of Nature, John Pojacnik and friends speaking on the Nature of Northeast Ohio, Matt Shultzman and Jim Chatfield with an introduction to Alexander von Humboldt. And poetry. And music. And flowers and trees. Charles Darwin said “he would not have sailed on the Beagle if it had not been for von Humboldt”. Goethe said “spending a day with Humboldt was like having lived several years.”

Come stand on the shoulders of this giant. In her equally wonderful new book (a graphic novel), The Adventure of Alexander von Humboldt, Andrea Wulf speaks of von Humboldt’s early realization of man’s role in a Nature not simply to be conquered or feared, but one in which we are deeply imbedded. And, “Unlike other scientists, Humboldt insisted that we should understand nature not only through reason but also through our imagination. So much has changed. Today, as news about climate change becomes more dire, we are constantly bombarded with dry statistics and numbers that are so abstract they’ve become almost meaningless.”

“[channeling AVH]: How can you rescue the planet when all you do is fret about the acidity of oceans but forget the beauty of the wild dance of waves?  Or what about the dawn chorus of urban birds?  Or the delicious smell of a forest after a sudden rain shower on a summer day? Why does no one dare to talk about the awe for nature anymore? In my book Views of Nature I wrote that nature is in some kind of mysterious communication with our feelings.  Isn’t that still important?”

It is. Alexander von Humboldt: you know him, even if we have sort of forgotten. The Humboldt Current. The Humboldt squid. Humboldt County, CA and the redwoods. Hmm, Humboldt Fog cheese; perhaps we shall have some. Come spend the day.