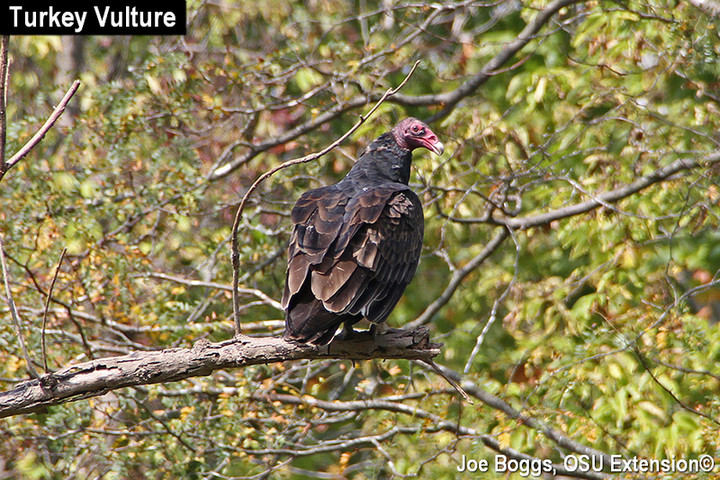 I've long had a fascination with Turkey Vultures (Cathartes aura) starting when I was a kid in West Virginia.  I liked to lay on the ground observing these avian gliders catching thermal updrafts to stay aloft for hours without flapping their wings.  This stopped when one of my uncles observed that I looked dead.

Of course, I wouldn't have sprung to my feet so quickly had I known then what I know now about turkey vultures.  While it's true that turkey vultures are carrion feeders, they rely on more than just their excellent eyesight to locate an expired meal.  They also have an exceptional sense of smell.

During a recent drive in southern Ohio, I came across another type of vulture:  the Black Vulture (Coragyps atratus).  These vultures are not as large as turkey vultures; however, they are still big birds.  Their name comes from their black, featherless heads.  Only the juveniles have feathers on their heads.  Turkey vultures have featherless red heads which makes them resemble turkeys. 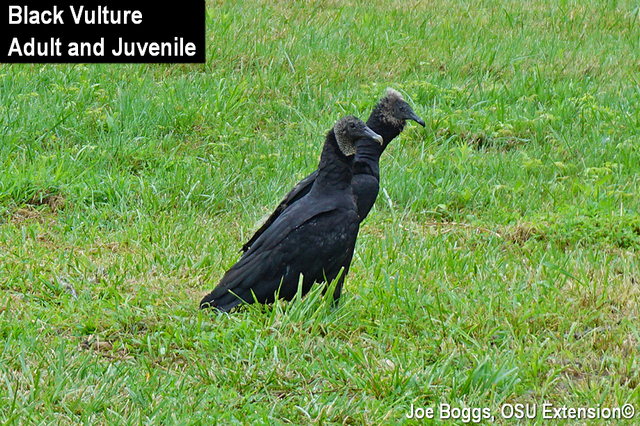 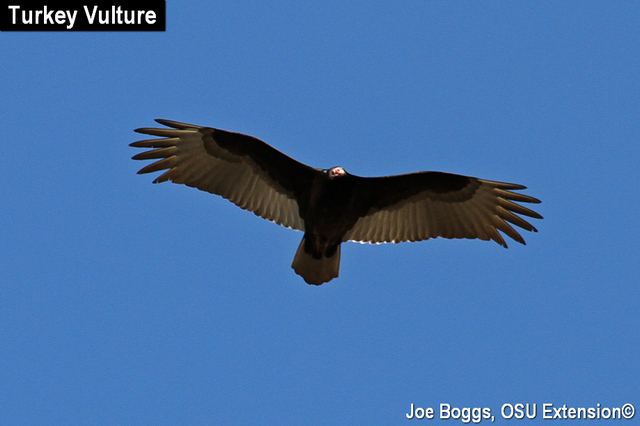 Turkey vultures live year-round throughout South America north into the middle part of North America.  Their range extends into southern Canada during the summer.  Historically, black vultures shared a large portion of this range, but they did not migrate out of the southern U.S. states.  However, that has gradually changed.  Over the past several decades, black vultures have found their way into our state as well as Kentucky and Illinois.

My uncle's tongue-in-cheek warning may have carried more weight had turkey vultures shared the West Virginia skies with black vultures.  That's because black vultures will kill things.  While they are primarily scavengers, black vultures are known to kill newborn calves, lambs, and small pets.  However, their handiwork may be blamed on other predators, particularly where they have just moved into a new area.  Prevention is not straight forward because both turkey and black vultures are protected by the Migratory Bird Treaty Act of 1918 and can only be killed under a Migratory Bird Depredation Permit through the U.S. Fish and Wildlife Service.  It is legal to harass the birds.  Perhaps laying in wait on the ground has some value after all ... 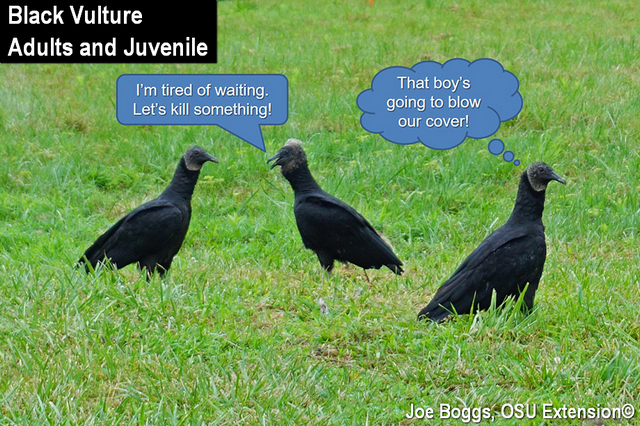 I grew up calling turkey vultures "buzzards."  However, in preparing this Alert, I came across numerous esteemed ornithological resources that failed to provide information on buzzards.  Just try typing "buzzard" into the website search engines for the Cornell Lab of Ornithology or the Audubon Guide to North American Birds.

I eventually discovered that bird people reserve the "buzzard" name for several species of birds of prey that belong to the genus Buteo and are found in Europe and Asia.  What?

Although the taxonomy is still being sorted, in general, vultures are divided into two types grouped in the order Accipitriformes.  New World vultures belong to the family Cathartidae and include seven species found in North, Central, and South America.  Two of the species are the turkey and black vultures.

Old World vultures belong to the family Accipitridae which includes 16 species.  All have "vulture" in their common name and are found in Europe, Asia, and Africa.  The family also includes eagles, hawks, and buzzards.  The eagles and hawks are found throughout the world and include our own Bald Eagle (Haliaeetus leucocephalus).  However, the buzzards are only found in Europe and Asia.  Just try telling that to the good people of Hinckley. 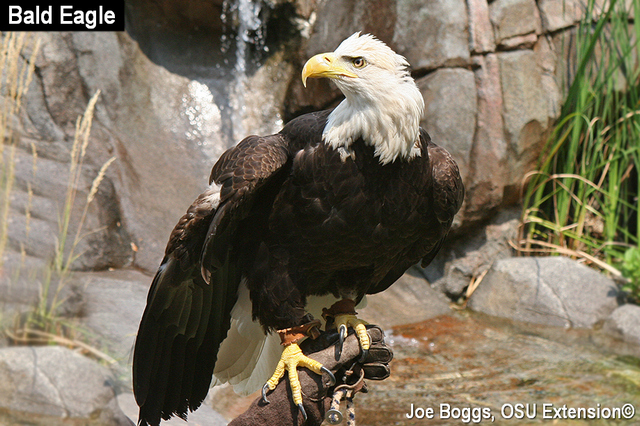