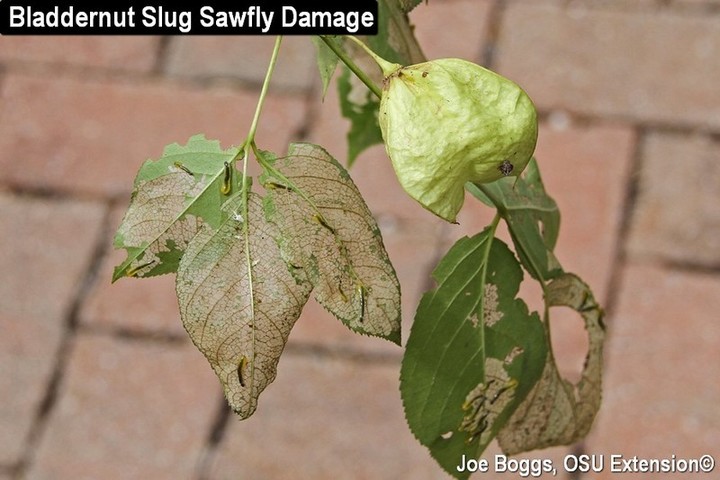 I've observed slug-type sawfly larvae skeletonizing leaves on the same American bladdernut (Staphylea trifolia) trees growing in a southwest Ohio landscape in 2015, 2017, and again late last week.  I've concluded they must cause little harm to the overall health of their bladdernut host because the trees continue to flourish despite providing some great photo ops of the sawfly larvae and their damage over the years! 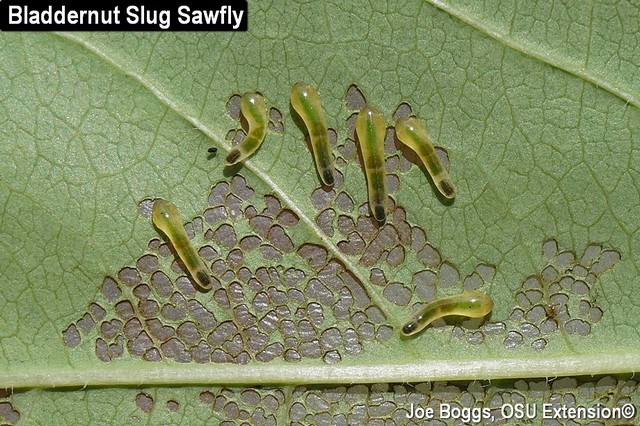 The odd thing about these sawflies is that they are the spitting image of Scarlet Oak Sawfly (Caliroa quercuscoccineae) which is sometimes called the scarlet oak slug sawfly or just oak slug sawfly.  The “slug” in the common names are based on their elongated unsegmented bodies and a covering of mucoid-like slime that presumably helps them stick to the undersides of leaves.  You can read more about oak slug sawflies in an Alert posted in early June titled, "Be Alert to Scarlet Oak Sawfly": 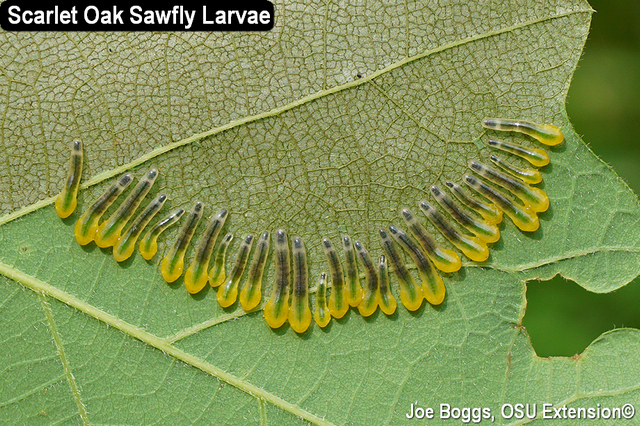 However, I have never found host records that indicate scarlet oak sawfly feeds on anything other than its namesake host as well as a few other oaks.  I've also never found information on a species of sawfly that feeds on bladdernut.  This may be undescribed slug sawfly species that is specific to bladdernut.  If so, the common name of "Bladdernut Slug Sawfly" seems appropriate.

Although bladdernut slug sawfly larvae look like the slimy scarlet oak sawfly larvae, their feeding behavior is somewhat different and their ultimate leaf damage is very different.  Scarlet oak sawfly larvae skeletonize leaves by munching side-by-side across the lower leaf surface consuming everything except the leaf veins and upper leaf epidermis.  This produces a windowpane effect that fans out as larval feeding progresses. 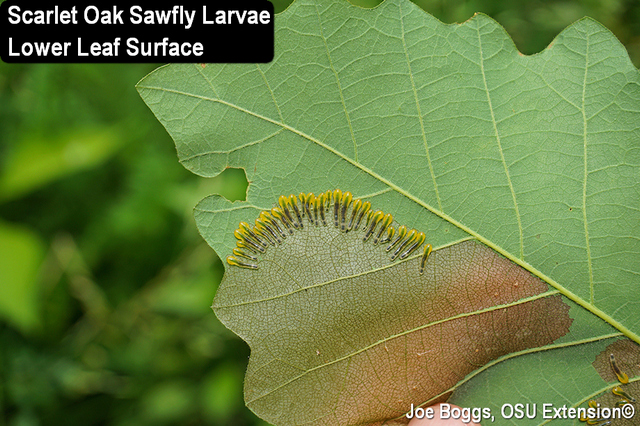 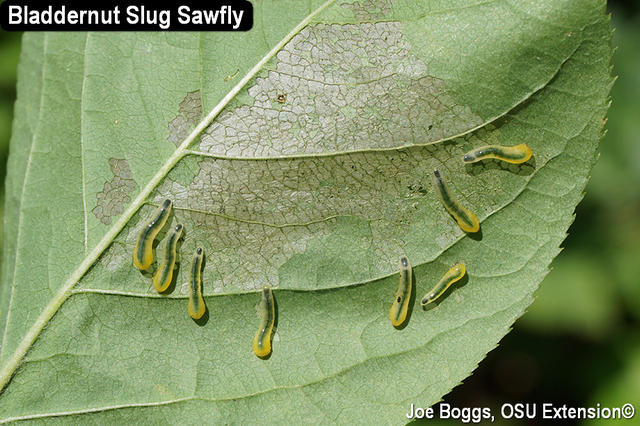 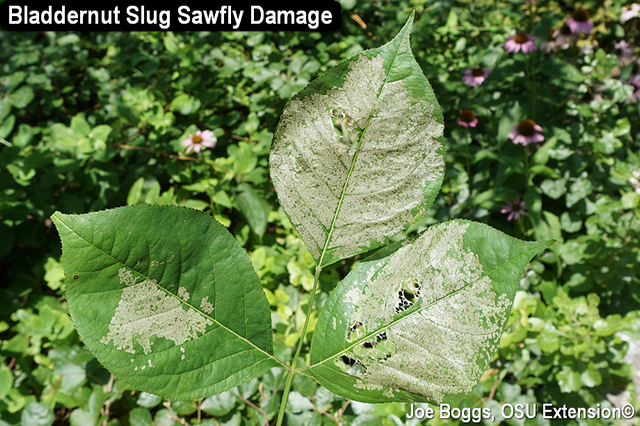 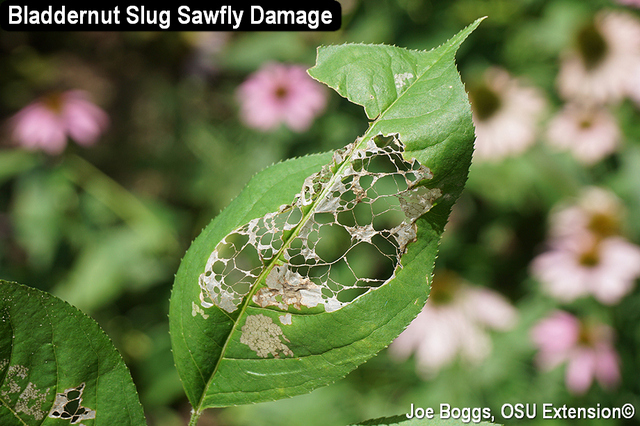 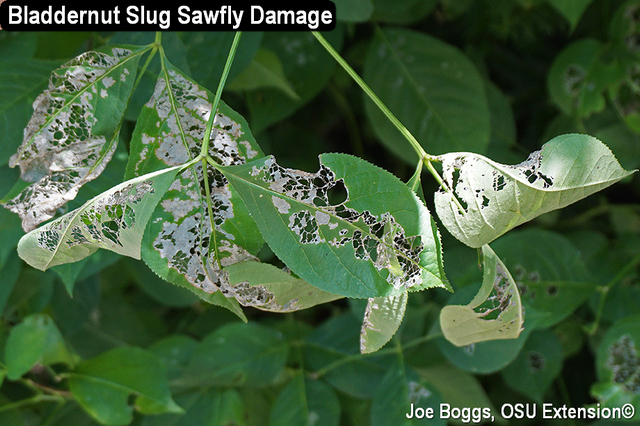 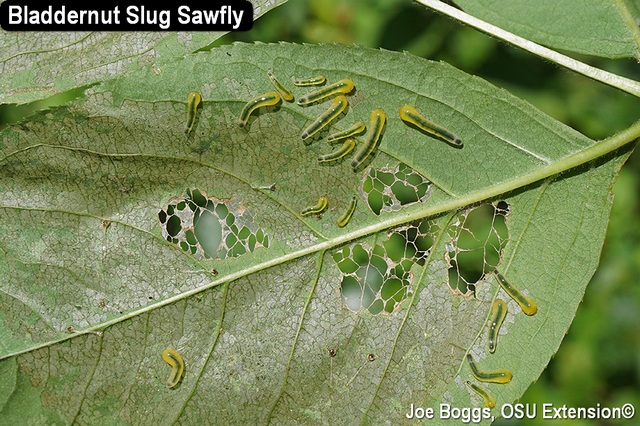 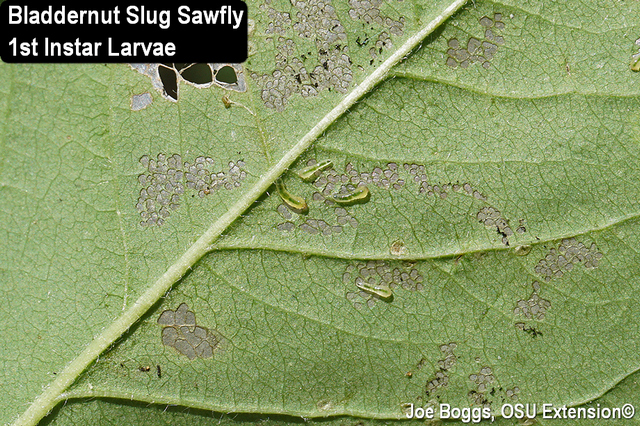 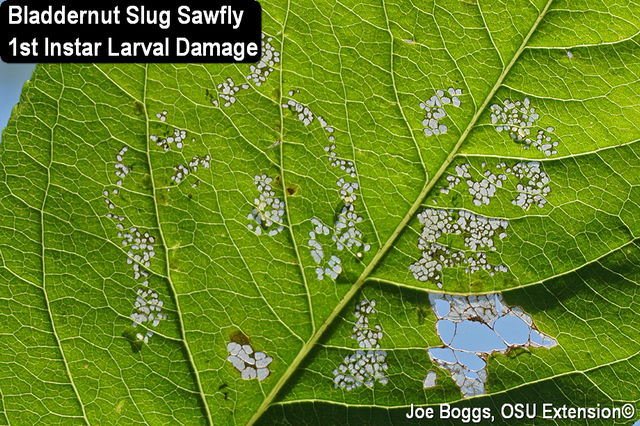