Is it a Sawfly Larva or a Caterpillar? 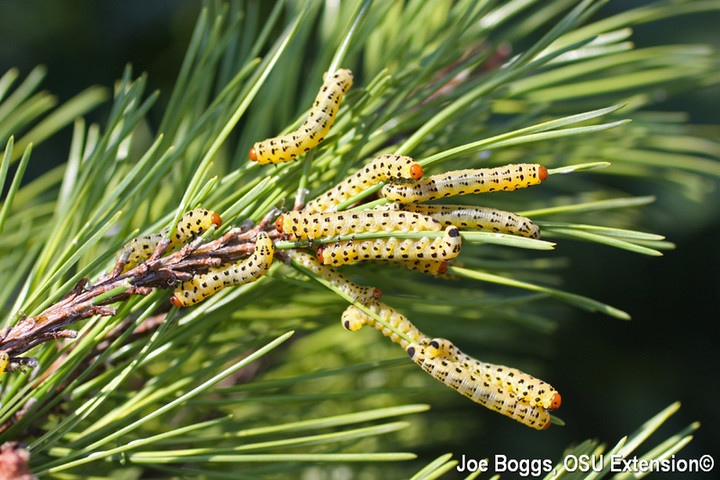 Whenever I hear that the naturally occurring biological insecticide Bacillus thuringiensis var. kurstaki (Btk) is not killing caterpillars, the first thing I try to find out is whether or not the "caterpillars" are actually caterpillars.  Btk products (e.g. Dipel, Thuricide, etc.) only kill caterpillars, they do not kill sawfly larvae. 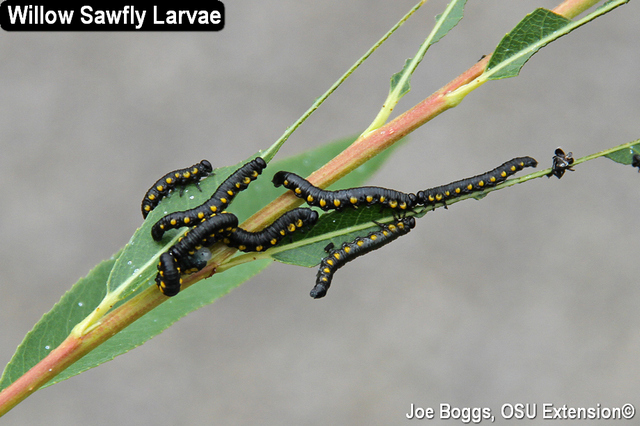 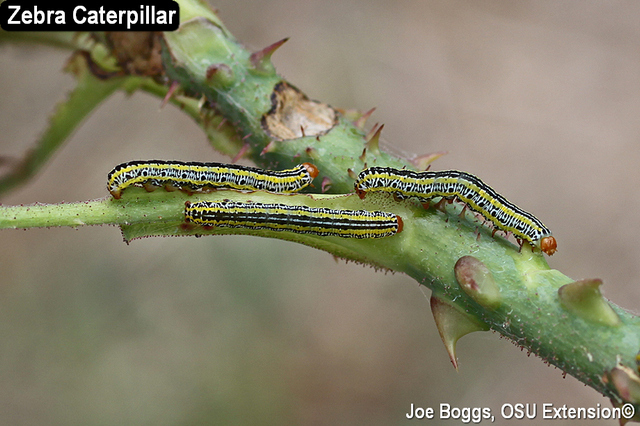 There's an easy way to tell the difference between caterpillars and sawfly larvae using a system taught to me by Dave Shetlar (OSU Entomology, Professor Emeritus).  Although others may have happened upon this handy system, I always refer to it as the "Shetlar Method." 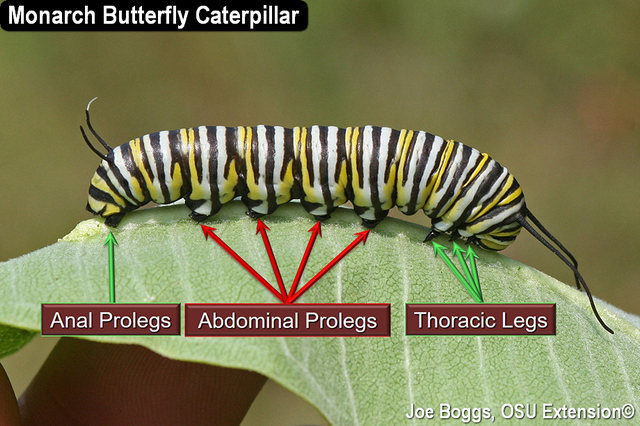 Adult insects use their legs for locomotion, or for just standing around thinking insect thoughts if insects think.  Caterpillar and sawfly larvae primarily use their thoracic legs for holding onto things; they crawl around using their prolegs. 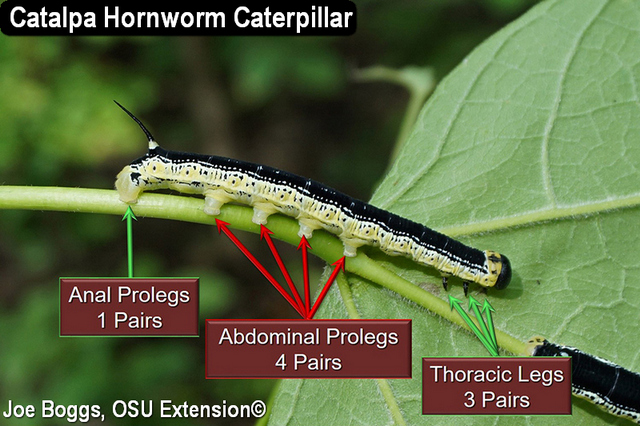 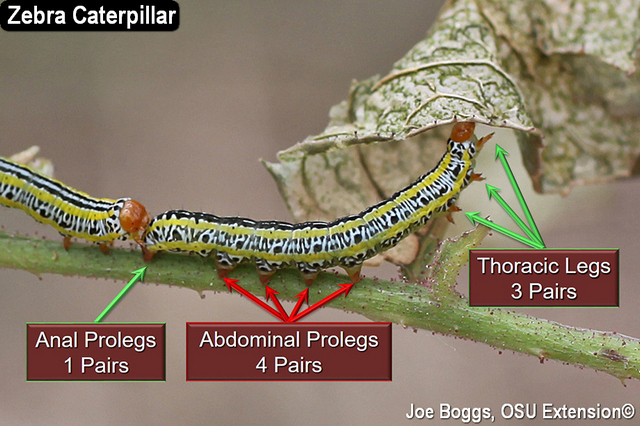 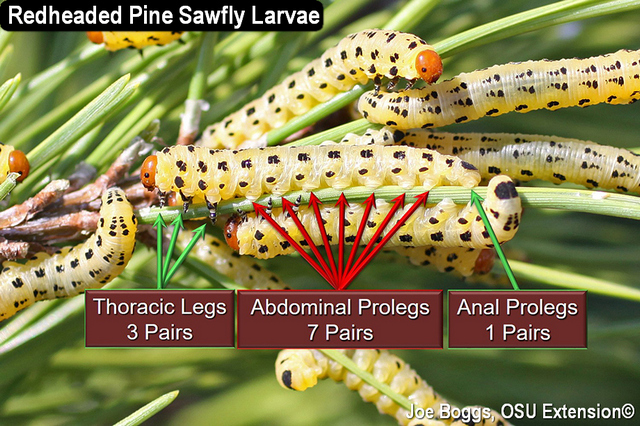 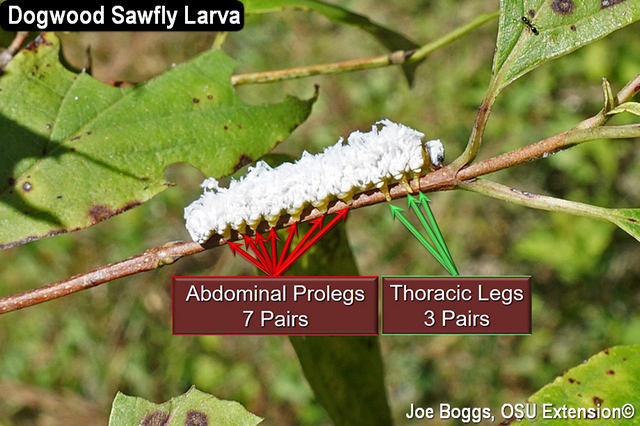 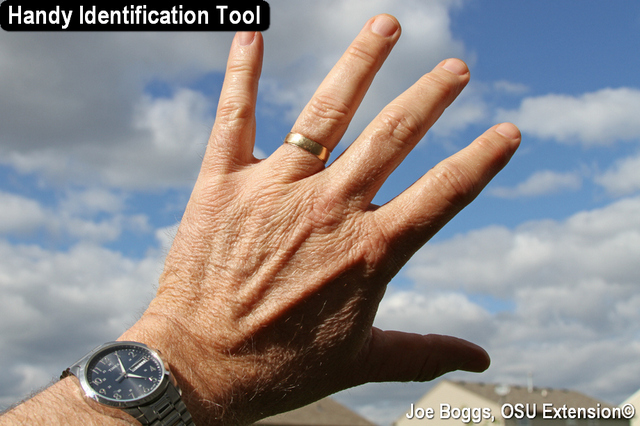