Be Alert for Dogwood Sawfly 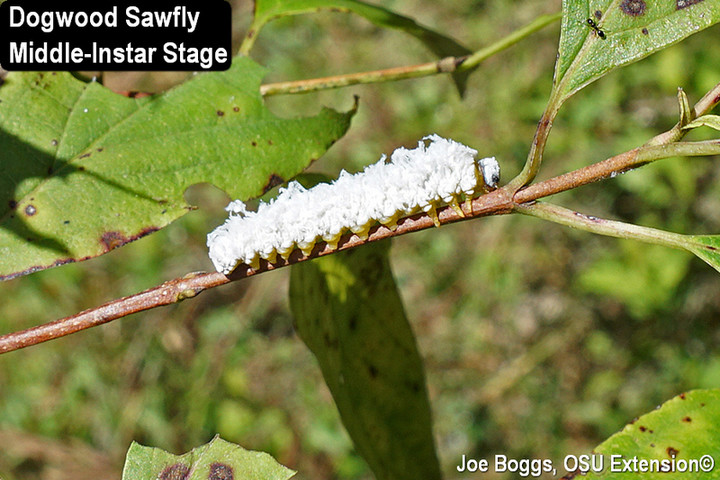 The common name of "Dogwood Sawfly" was officially assigned years ago when it was believed there was only one species, Macremphytus tarsatus.  However, taxonomists later found there are actually three species of sawflies in the genus Macremphytus that feed on dogwood leaves in the eastern U.S. including Ohio:  M. testaceus; M. semicornis; and M. tarsatus. 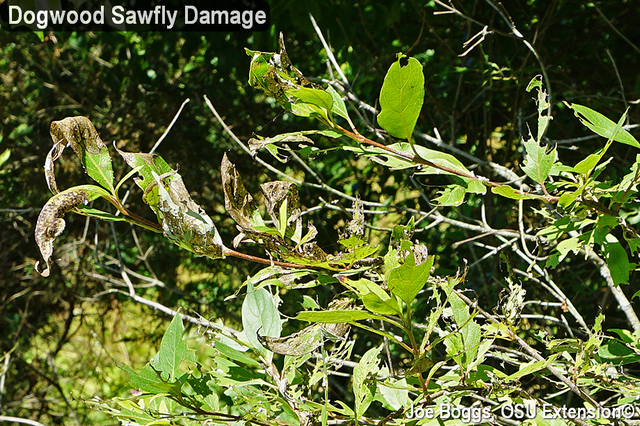 Regardless, the three species share a number of characteristics:  they have one generation per season; they are mid-season pests; they may be found feeding on several species of dogwood, and their final instar larvae often bore into wood to spend the winter.  They also change their appearance as they molt from one instar stage to the next.

However, dogwood sawfly (M. testaceus) larvae are the true chameleons.  Newly hatched larvae look like small caterpillars; they are amber in color and are somewhat transparent.  The larvae emerge from their second molt covered with a white powdery material. 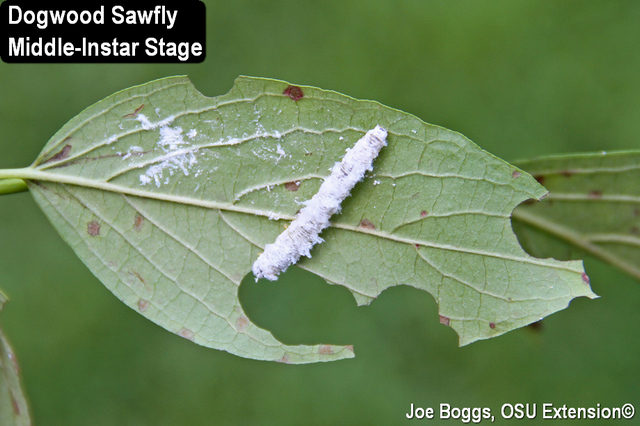 When the larvae are resting, they curl into a knot and look like bird droppings to the casual observer.  At their final molt, the larvae are about 1" in length and they lose their white powdery covering, revealing a yellow body with black patches.  This final color phase is shared with the other two species. 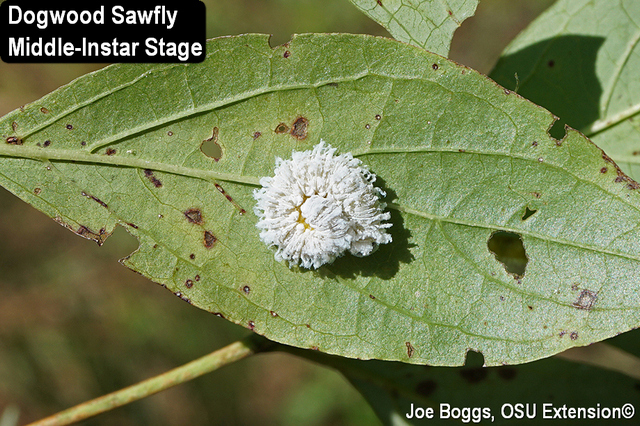 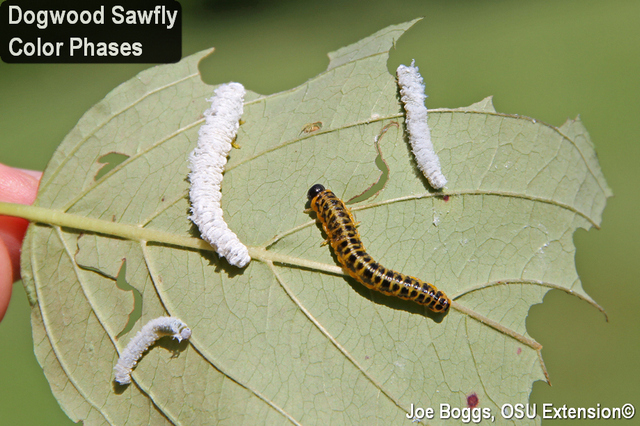 The behavior and damage caused by the larvae of this and the other two sawfly species also change as they develop.  The newly hatched larvae feed together, skeletonizing the leaves.  As the larvae mature, they consume the entire leaf, except the mid-vein.  Individual branches or entire plants may be completely defoliated.  I'm always amazed at how the snowy-white larvae can remain hidden until they've stripped all of the leaves from small dogwoods. 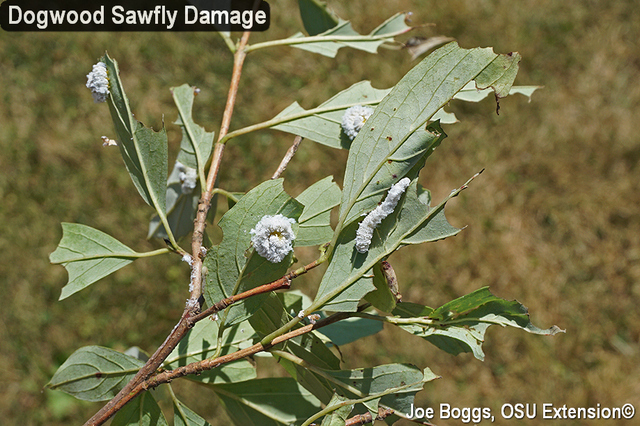 The mature yellow and black larvae crawl from their host trees in search of overwintering sites; they may be found crawling along fence rails, sidewalks, etc.  Aside from sometimes appearing in unexpected places which may produce a misidentification, the mature sawfly larvae also practice an unusual overwintering behavior which can misdirect identification. 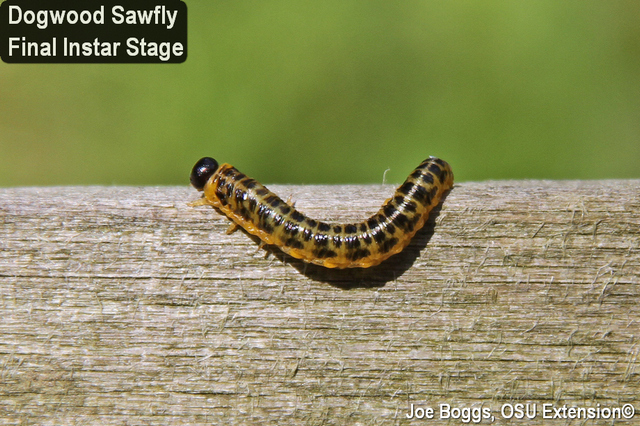 The mature larvae may bore into softwood, if available, to produce an overwintering chamber.  While they usually select decaying wood, the larvae may occasionally bore into redwood siding or outdoor furniture.  Thus, they are sometimes mistaken for a true wood-boring insect.

Dogwood sawfly damage is well underway for this season.  However, further defoliation can be halted by knocking the larvae onto the ground to stomp them or into a bucket of soapy water to drown them.  Insecticides may also be used including biorationals such as azadirachtin and spinosad or conventional insecticides such as pyrethroids (e.g. bifenthrin, permethrin, etc.).

The naturally occurring biological insecticide Bacillus thuringiensis var. kurstaki (Btk) (e.g. Dipel, Thuricide, etc.) does not kill sawfly larvae; it only kills caterpillars.  To be able to tell the difference, read my next BYGL Alert.