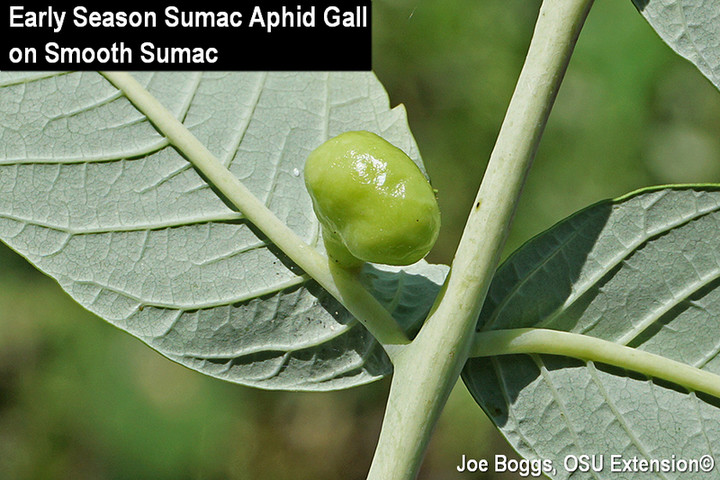 The bladder-like galls produced the Sumac Gall Aphid (Melaphis rhois) are becoming evident on the leaflet midveins of its namesake host in southwest Ohio.  They currently measure between around 1/4" to 1/2" in diameter and their size coupled with their light green color can make them difficult to detect. 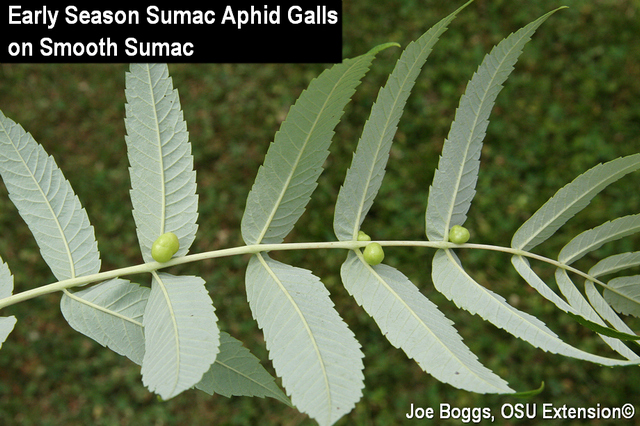 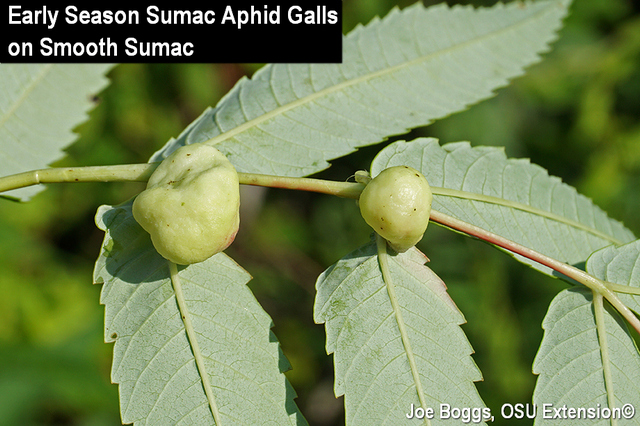 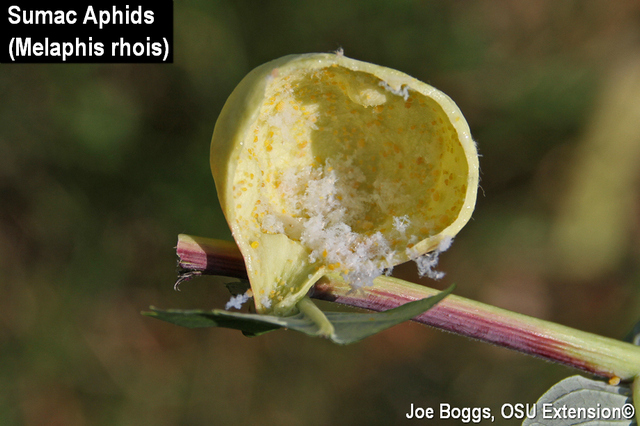 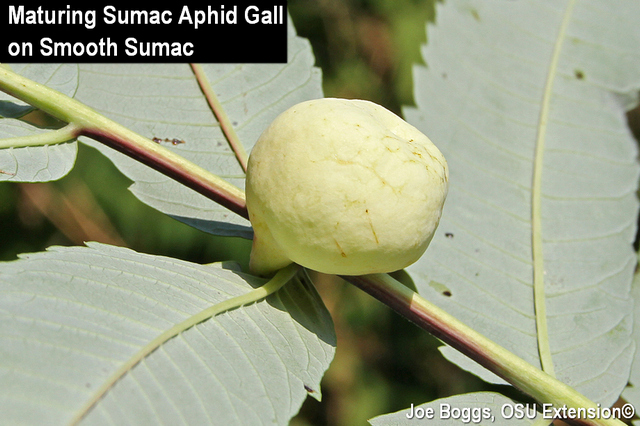 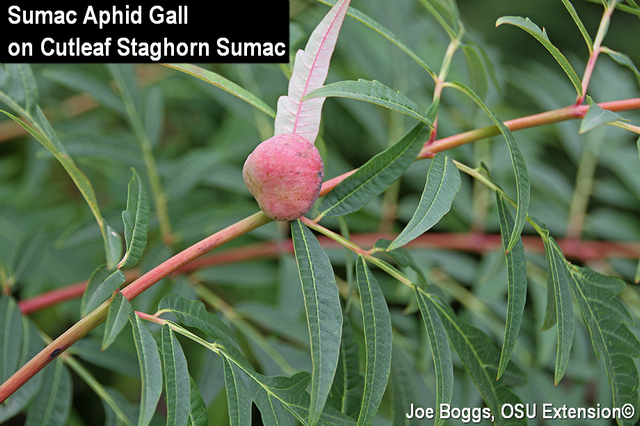 The online literature indicates smooth sumac (Rhus glabra) and staghorn sumac (R. typhina) are the aphid's primary hosts, if not the only sumac hosts.  I've never found them on any other sumac. 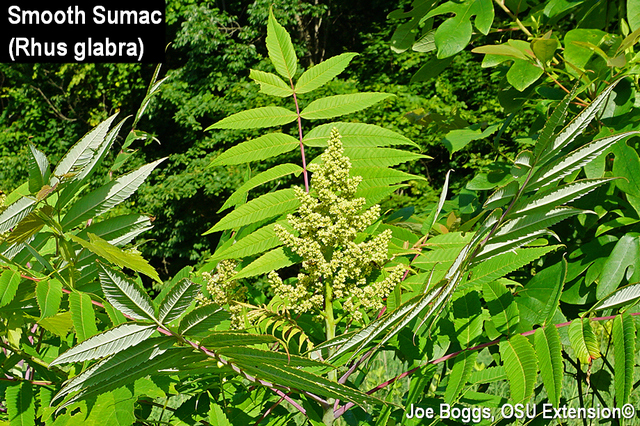 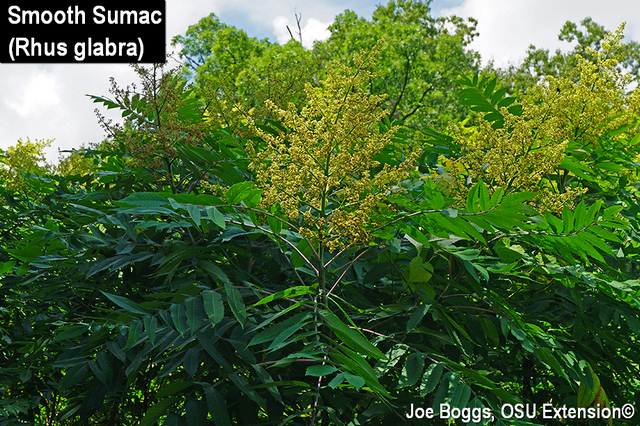 As with the vast majority of insects that produce plant galls, the sumac gall aphid appears to cause little injury to the overall health of their host plants.  Although heavy galling may cause early coloring and shedding of some sumac leaflets, the overall impact appears to be inconsequential relative to plant health. 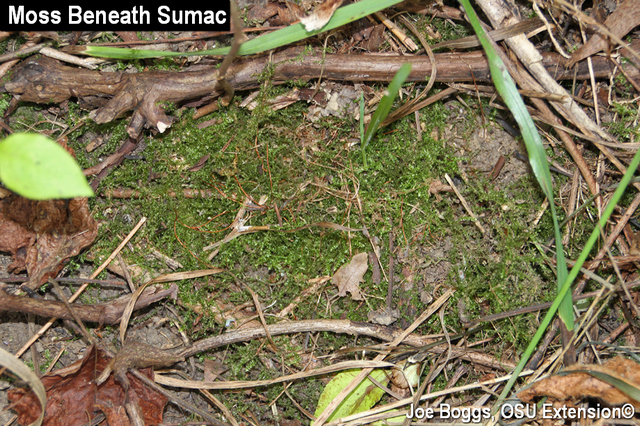 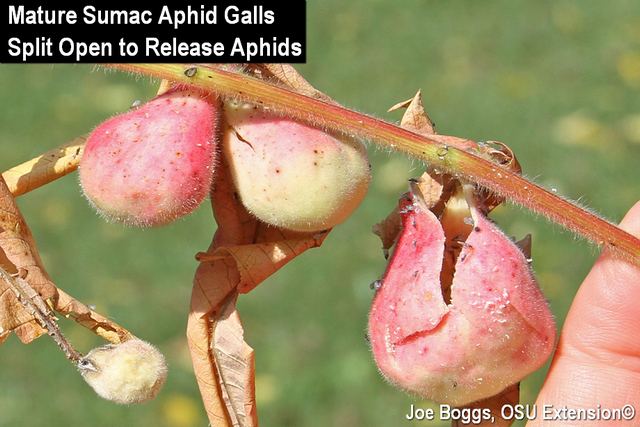 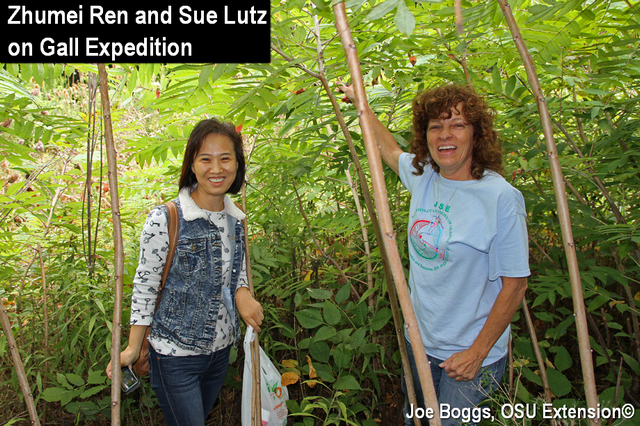 Based on aphids Ren gathered in Ohio and elsewhere in 2015, a phylogenetic study she published in 2017 showed the North American gall aphid genus, Melaphis, diverged from its Asian relatives around 64.6 million years ago during the early Paleogene Period in the Paleocene Epoch 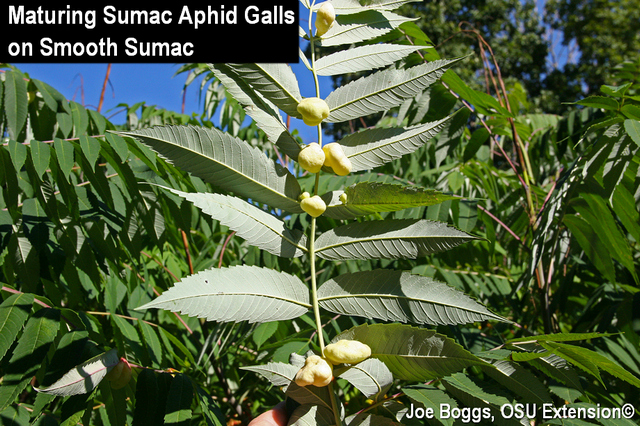 Alert readers will recognize that the timing is very close to the mass extinction that marked the end of the Cretaceous period as well as the non-avian dinosaurs (the so-called K-T Boundary).  While the exact chain of events causing the demise of T-Rex remains hotly debated, there is no doubt a meteor impact played a key role.

The meteor impact appears to have scrambled the phylogenetic record in such way that science may not be able to untangle the exact historical relationship between our sumac gall aphids and those found in Asia.  At least, that's a conclusion Ren and her co-authors presented in their 2017 paper.  Of course, if Ren's research thus far teaches us anything, it's that science does not stand still.  And, the lessons taught by the sumac aphid is more than just gall deep; they are deep time deep.