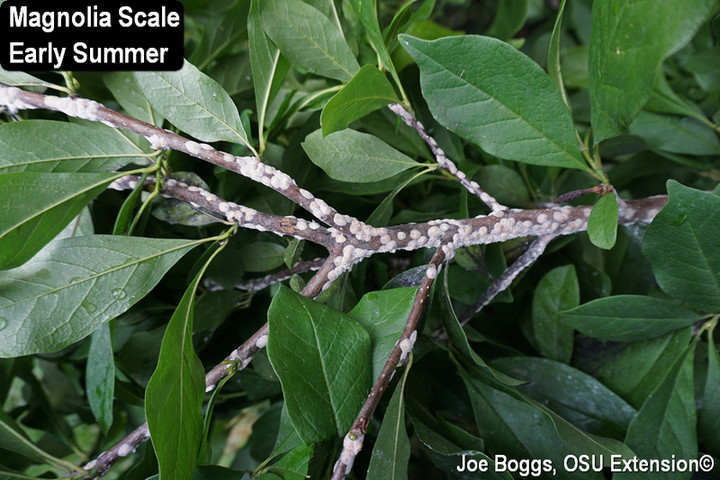 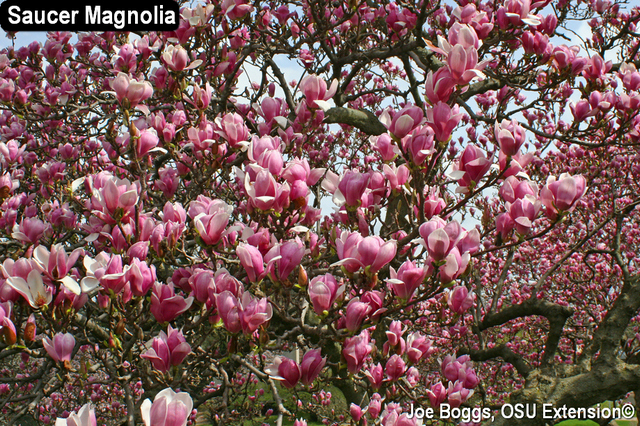 Magnolia scale is a type of "soft scale" so named because of the helmet-like soft leathery covering that protects the females.  Although it's one of the largest soft scales in Ohio with mature females measuring as much as 1/2" in diameter, the current pinkish-tan colored females are still somewhat flattened and may be obscured by a heavy coating of white, waxy, flocculent material. 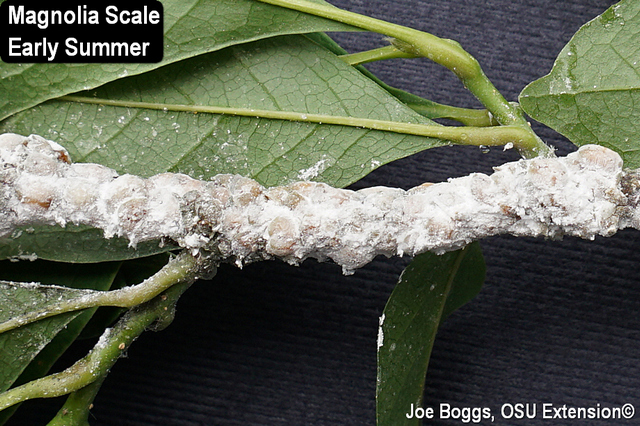 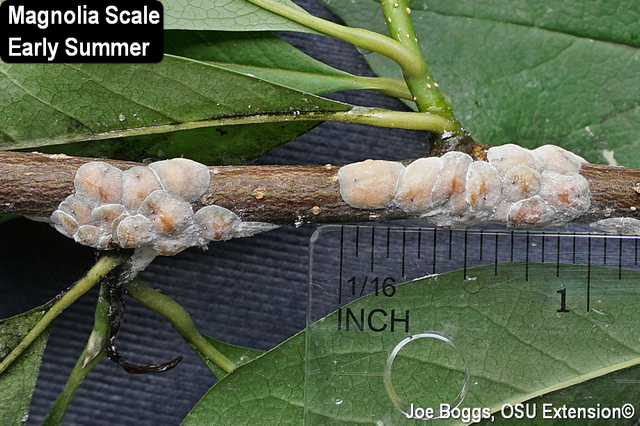 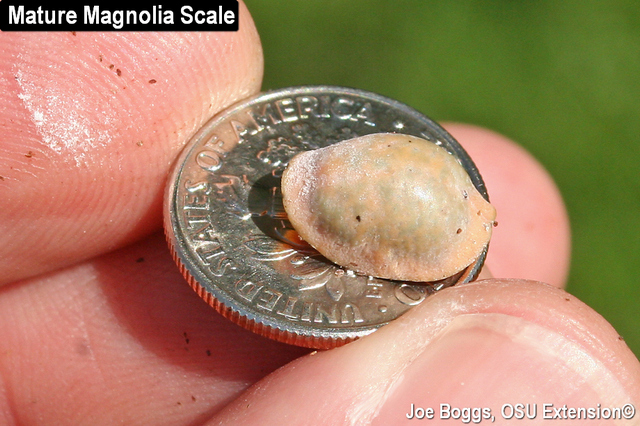 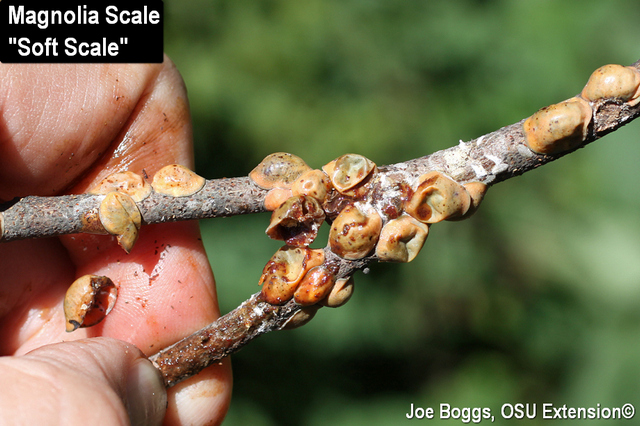 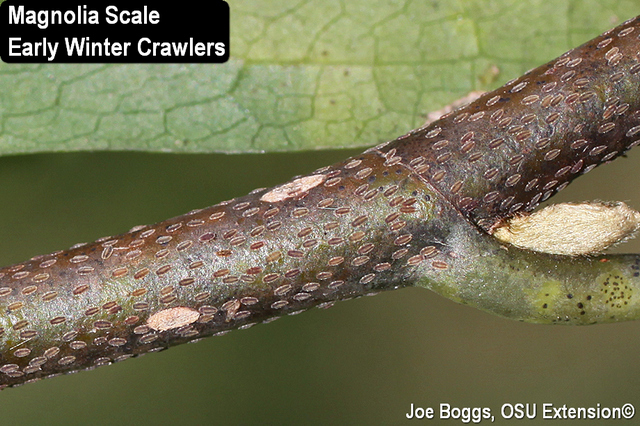 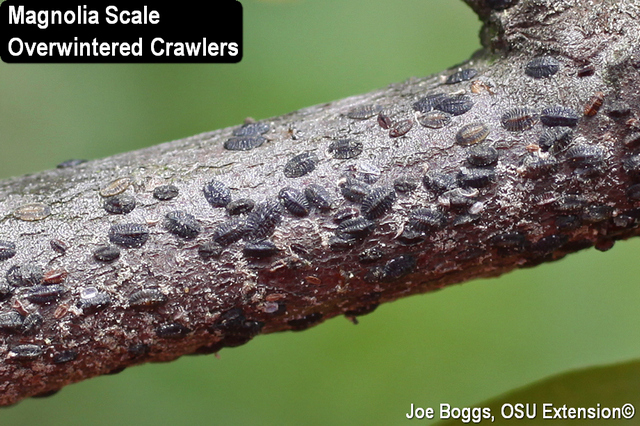 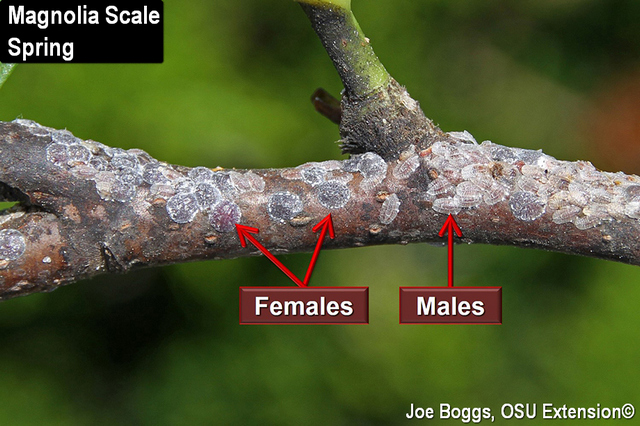 The females remain immobile but rapidly expand in size as they mature through the spring and summer.  Eggs are produced in late summer to early fall and held internally until they hatch creating the illusion that the females are giving birth to the first instar nymphs (= crawlers).  The first instar crawlers are highly mobile but become immobile once they insert their piercing-sucking mouthparts into stems.  This is the overwintering stage. 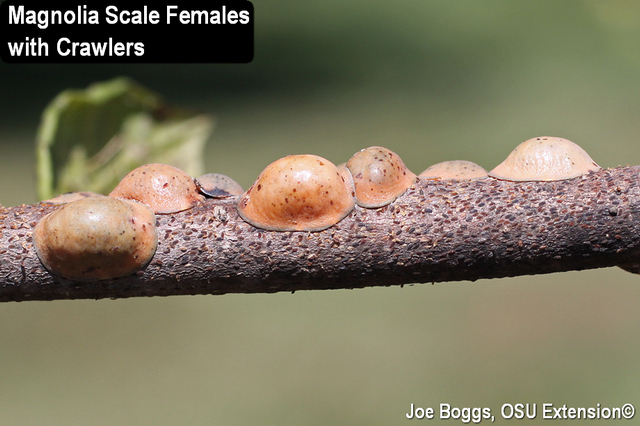 Magnolia scale adults and nymphs insert their piercing-sucking mouthparts into phloem vessels to tap plant sap.  A substantial loss of sap from a heavy scale infestation represents a serious loss of energy resources to the trees.  The associated physiological stress can produce leaf yellowing and loss, branch dieback and canopy thinning; even the death of entire trees.  Stress can also indirectly make trees susceptible to other problems.

Magnolia scale sucks plant sap to withdraw carbohydrates which provide energy and to extract amino acids which are building blocks for proteins.  However, the sap contains trace amounts of amino acids compared to huge amounts of dissolved carbohydrates.  This means the scale must process a large amount of sap to extract the small amount of amino acids.  They discharge the excess sugar-rich liquid from their anus in the form of a sticky, sugar fluid called "honeydew" which is actually a nice name for scale diarrhea.

Magnolia scale is a prolific honeydew producer.  During normal years, the sticky honeydew drips onto the leaves and stems of the host plant as well as understory plants to eventually become colonized by black sooty molds.  Although the molds do no harm, blackened leaves can seriously reduce the aesthetic appeal of heavily infested trees. 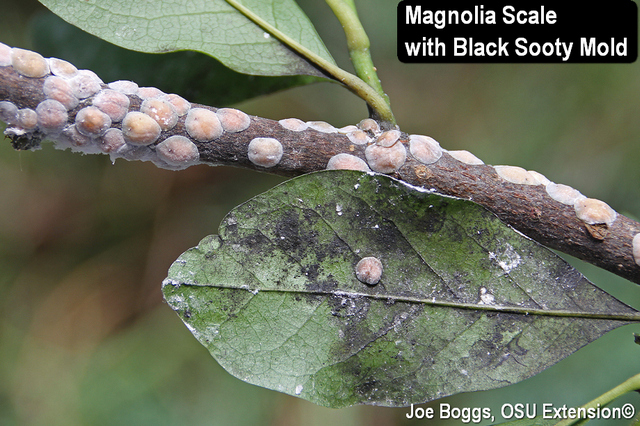 The honeydew also attracts a plethora of freeloading sugar-sippers including bees, wasps, ants, and flies.  In fact, a high percentage of the flies are often members of the blowfly family, Calliphoridae.  Their maggots may have a taste for decaying flesh, but adults like sweets. 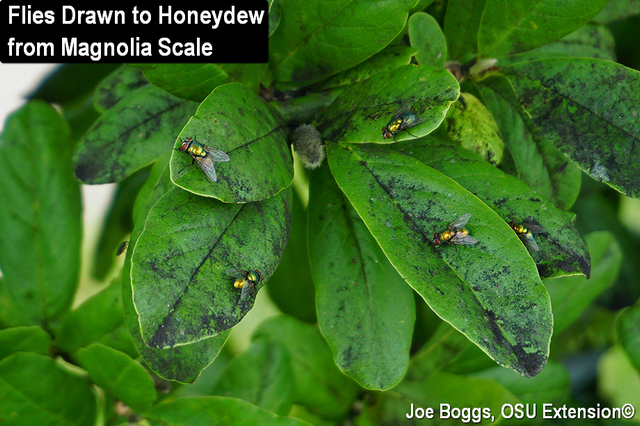 Thus far, this season has not been normal in southwest Ohio.  Recurring periods of heavy rainfall appear to be keeping pace with scale honeydew production.  Several heavily infested rain-washed magnolias that I inspected recently had little evidence of honeydew on the leaves and no black sooty patina.  In fact, given how often I use black sooty molds as a scale (or aphid) indicator, I may have missed the infestation had I not already known the trees were loaded with scale.  Of course, the magnolia scale will continue to pump-out honeydew for the better part of the summer, so conditions can quickly change.

Magnolia scale infestations attract a wide range of natural enemies such as the notorious scale and aphid nemesis:  the multicolored Asian lady beetle (Harmonia axyridis) with their alligator-like larvae.  Sigil lady beetles (Hyperaspis spp.) and Australian mealybug destroyers (Cryptolaemus montrouzieri) may also show-up to chow down on magnolia scales.  Both have wool-coated larvae that are actually wolves in sheep's clothing. 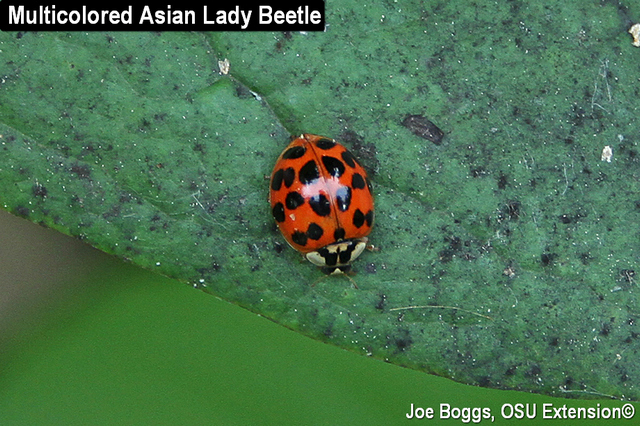 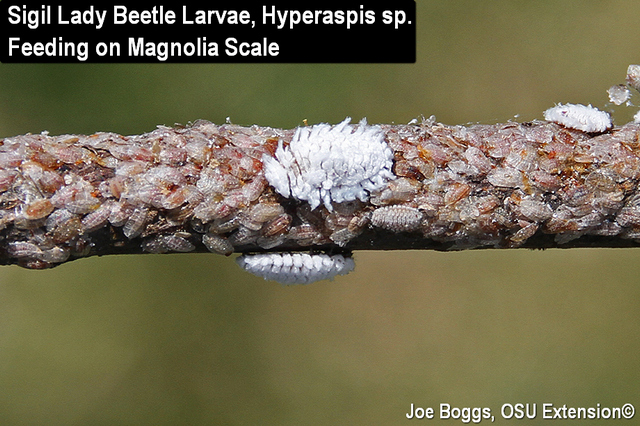 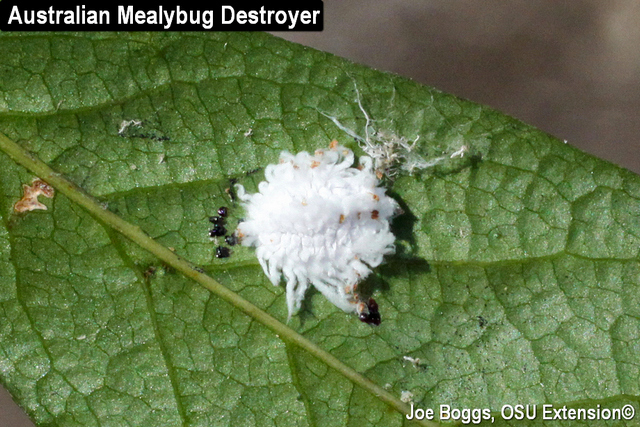 This bio-allies can have a significant impact on maintaining magnolia scale infestations below noticeable levels on native magnolias.  Unfortunately, they appear to have a limited effect on magnolia scale populations on non-native magnolias.  It's speculated that the lack of defenses by the non-native trees may support such a rapid scale proliferation, the large numbers simply overwhelm the ability for natural enemies to have a significant effect. 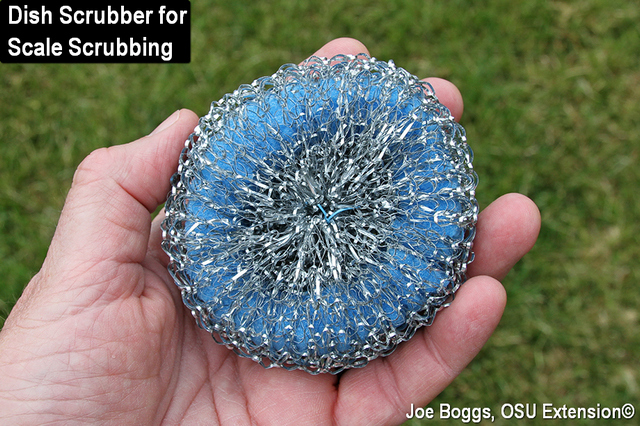 Topical insecticide applications targeting 1st crawlers later in the growing season can be effective.  However, the extended period of egg hatch presents a serious challenge and requires multiple applications with thorough coverage of the stems.  This is particularly true for "horticultural oils" (e.g. summer oils).  Thorough coverage is critical because oils only kill on contact. Spring applications can also be effective; however, there is a risk for damaging flower buds.

Control can be achieved with single applications of the neonicotinoid systemic insecticides imidacloprid (e.g. Merit) and dinotefuran (e.g. Safari).  There are two effective "treatment windows" in Ohio.  They are late summer to early fall, before settled crawlers stop feeding for the season, or sometime in May after overwintered nymphs start feeding.  However, spring applications should be delayed until after trees have finished flowering to avoid killing pollinators.  Of course, as with all insecticide applications, it is critical to read and follow label directions.