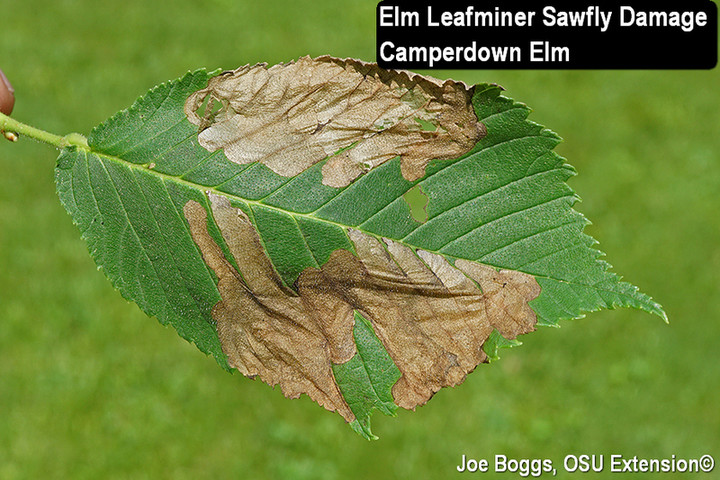 The leaves of native elms, non-natives, and hybrids can look a bit bedraggled at this time of the year owing to the leafmining activity of the elm leafminer sawfly (Fenusa ulmi).  Fortunately, leafmining by the sawfly larvae has drawn to a close for the season, so the damage you see now will be the most damage that you'll see this season.  Unfortunately, sawfly development has moved past effective control options meaning that you'll have to live with the current damage. 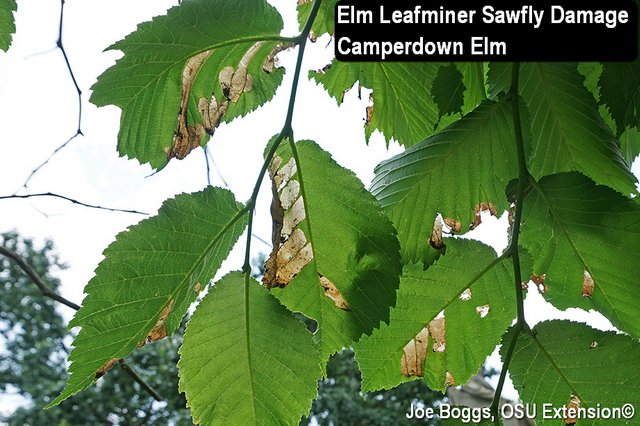 Elm leafminer sawflies emerge from the soil where the spent most of the previous summer as well as the winter when the accumulated GDD reaches 219.  I've found that the full bloom of common chokecherry (Prunus virginiana) is a reliable phenological indicator of adult emergence.

Sawflies are so-named because of their body shape and the appearance of their ovipositors.  Although they are related to wasps, they lack the narrow "waists" associated with wasps which makes them look like flies.  Their ovipositors look and function like tiny saws which the elm leafminer sawfly uses to slice into leaves where they deposit their eggs.  Most egg sites are located near a leaf vein; however, some may occur away from the veins. 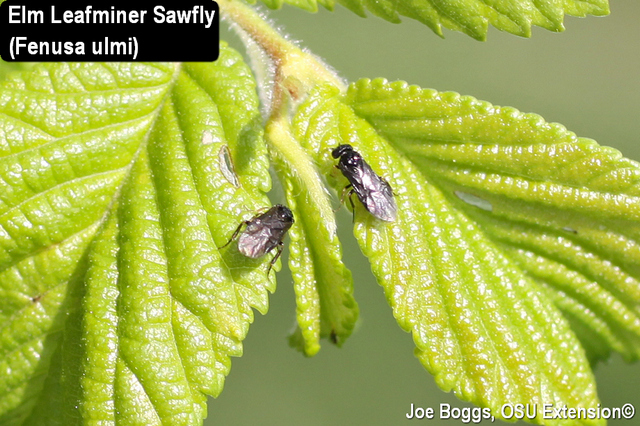 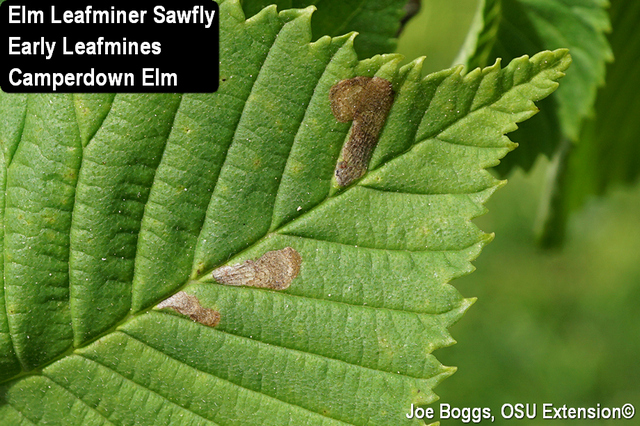 Once the eggs hatch, the resulting larvae mine the leaf parenchyma produce blister‑like, "blotch" mines.  The mines are usually bounded by the leaf veins as they extend towards the leaf margins.  However, the blotch-mines may blur the lines near leaf edges and large numbers of mines may merge.  The larvae develop through 5 instar stages before dropping from their mines to pupate in the soil. 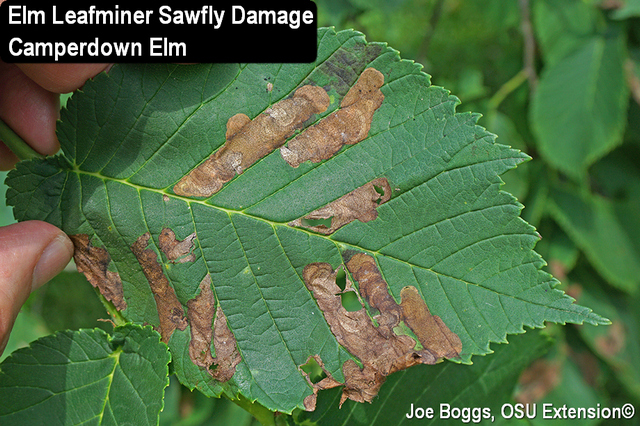 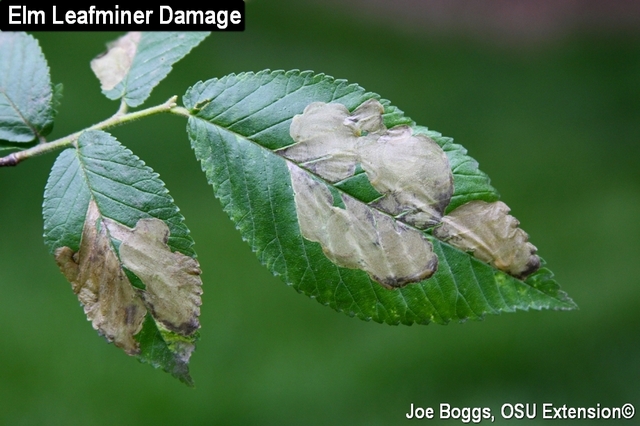 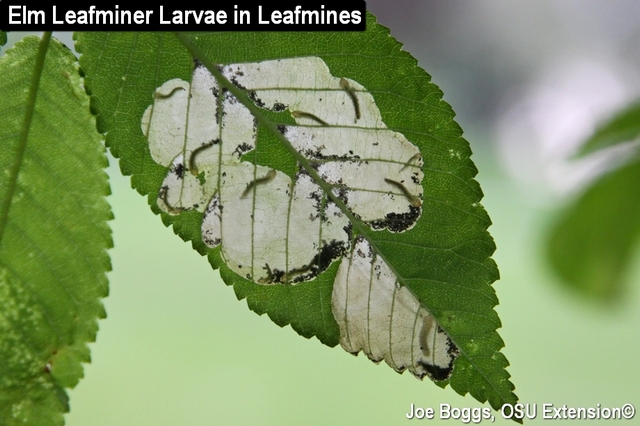 Although the leafmines may appear unsightly, the sawflies seldom cause enough damage to significantly harm the overall health of established host trees.  However, severe leafmining damage may produce stress on newly planted trees and some elms are much more susceptible to leafmining activity.  For example, American elms (Ulmus americana) may suffer only sporadic leafmining activity while leafmining damage to Camperdown elm (U. glabra 'Camperdownii') may be severe.  I've also observed heavy damage to red elm (U. rubra) growing along wooded trails.

Heavy damage can be prevented by making soil drench applications of the systemic neonicotinoids imidacloprid (e.g. Merit, Xytect) or dinotefuran (e.g. Safari, Transect, Zylam).  The applications must be made as early as March in to allow enough time for the insecticides to move into trees in sufficient concentrations to provide control.  However, this preventative application should be reserved for trees with a past history of severe leafmining activity. 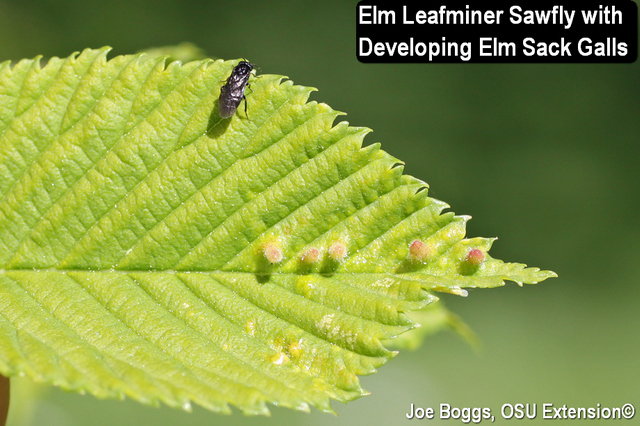