Symptoms of two host-specific fungal anthracnose diseases are becoming apparent in southwest Ohio.  Ash anthracnose is usually announced by the appearance of irregularly shaped reddish-brown, blotchy spots along the edges of the leaflets.  The leaf necrosis often causes the leaflets to curl and severe infections may lead to defoliation. 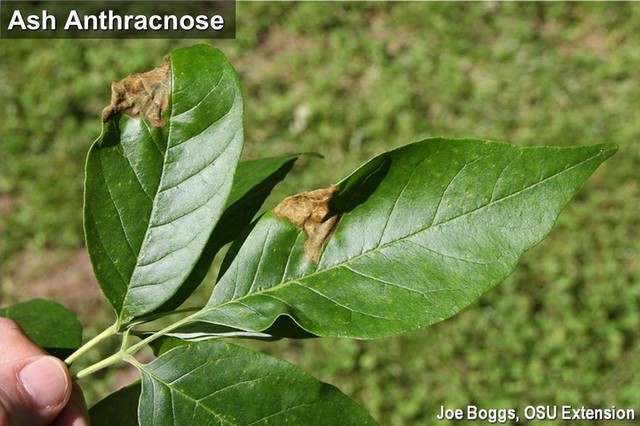 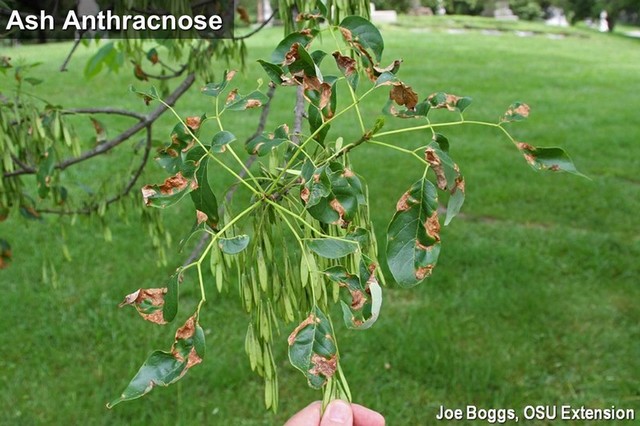 Sycamore anthracnose typically takes two forms:  leaf lesions that appear to "bleed" from the veins and stem cankering that causes new leaves to wilt and blacken.  Both forms can lead to defoliation.  Thus far, the symptoms associated with the stem cankers has been the most apparent form of this disease in southern Ohio. 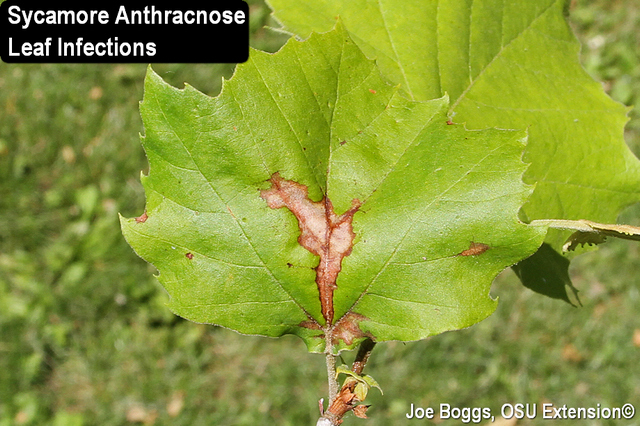 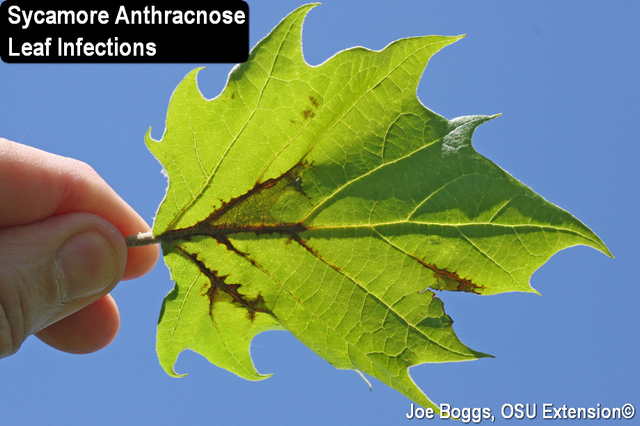 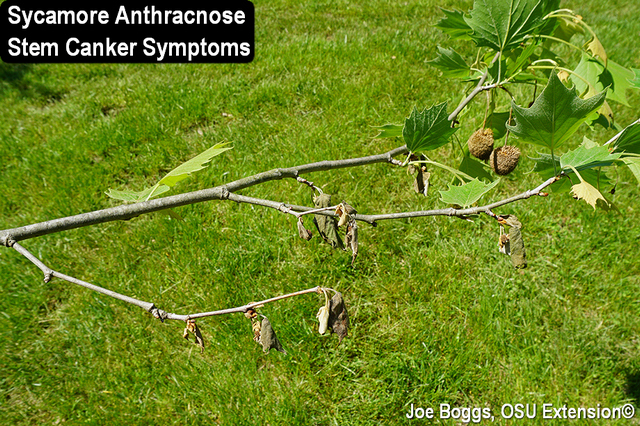 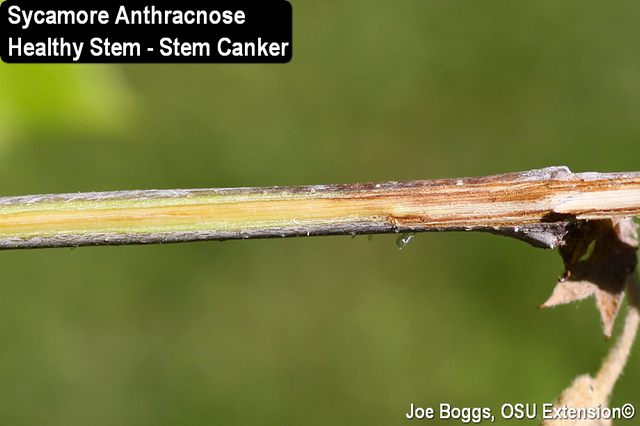 Anthracnose diseases occur every year but most are enhanced by cool, wet conditions during leaf emergence.  Of course, "cool and wet" describes the weather experienced throughout much of Ohio this spring.  Still, it is just as common in the southwest part of the state to find sycamores and ash trees that are free of anthracnose symptoms as it is to find trees showing heavy symptoms.

Anthracnose diseases are not considered tree killers.  In fact, they seldom cause enough damage to seriously harm the overall health of their host trees.  While affected trees may look bad now, based on past history, the trees will recover.  There's plenty of time for healthy trees to produce new leaves when warm temperatures are less supportive of new infections.

For this reason, it's difficult to justify making fungicidal applications to suppress sycamore or ash anthracnose.  Sprays applied now cannot undo the damage from the early springs infections responsible for the symptoms we're seeing now.  Preemptive suppression sprays starting at bud break can reduce infections; however, there's no way to predict whether or not subsequent spring environmental conditions will support the levels of infection that justify the applications.  While there's no such thing as an anthracnose crystal ball, history teaches us that heavy infections are a rarity.