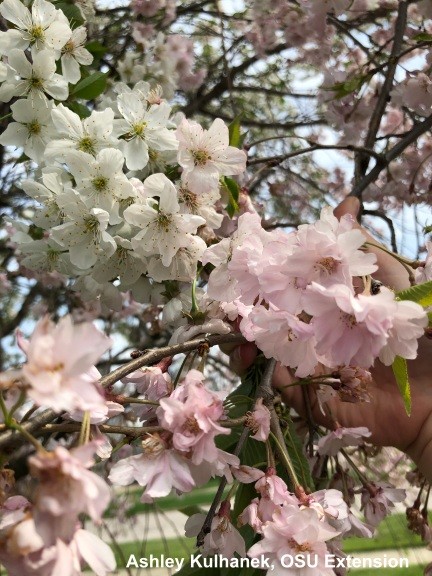 By Ann Chanon and Ashley Kulhanek 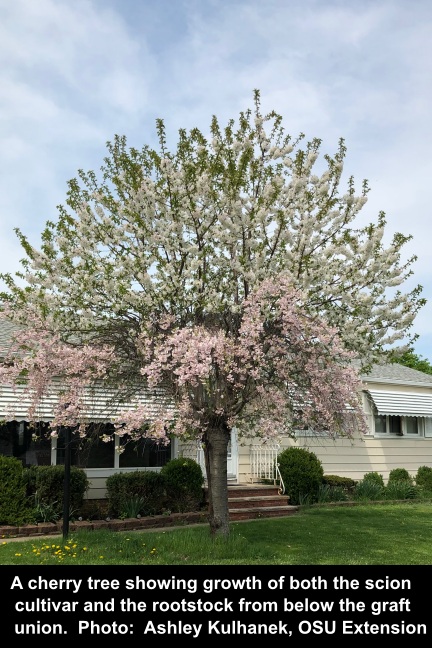 WHAT is WRONGGGG with this tree????  Has it mutated?  Never fear, horticulture is here!

What may be known to landscapers and nursery persons, may be unknown to the homeowner purchasing the tree.  That is, that many cultivars of our favorite trees and shrubs are grafted.

Often plants installed in our landscape are really two-in-one plants!  The upper portion is called the scion and is selected for superior landscape qualities such as double flower or weeping habit.  The lower portion is the rootstock and can be selected for its ability to withstand disease or drought.  These two unique plants are brought together in a process called grafting. 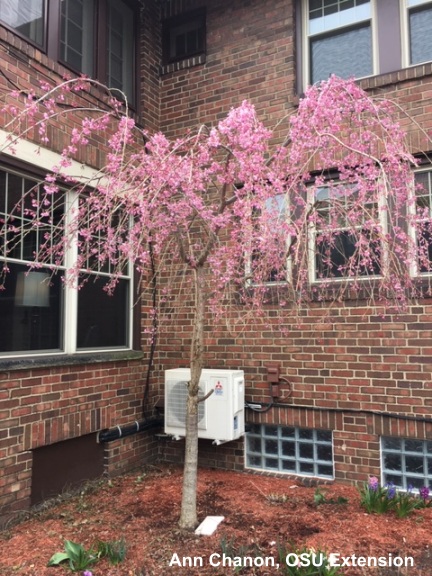 Grafting is a very common practice in the horticulture and nursery industry.  For example, almost all modern fruit tree varieties are grafted.  Normally, these two plant parts knit together creating one plant with the rootstock providing the root system for water uptake and the scion providing the shoot system and carbohydrates, but occasionally problems occur.  If the rootstock is vigorous, it can produce shoots of its own.  If not removed promptly, these rootstock shoots will compete with the scion shoots as observed in this picture. 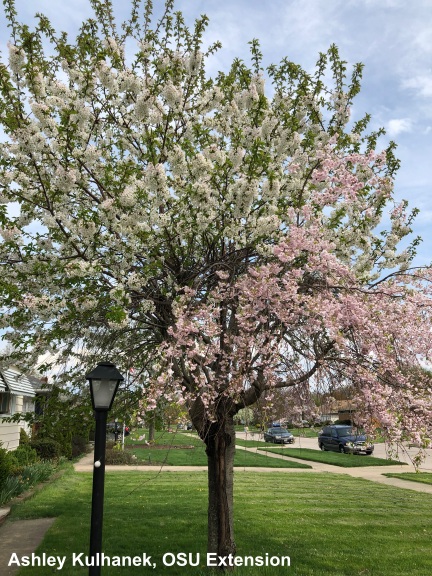 Weeping habit is not a typical phenomenon and is often achieved through purposeful grafting onto a standard woodstock.  The scion shoots have the pink, double-flowered blossoms and its branches have the weeping habit, while the rootstock shoots have the white flowers and upright branches in these photos. 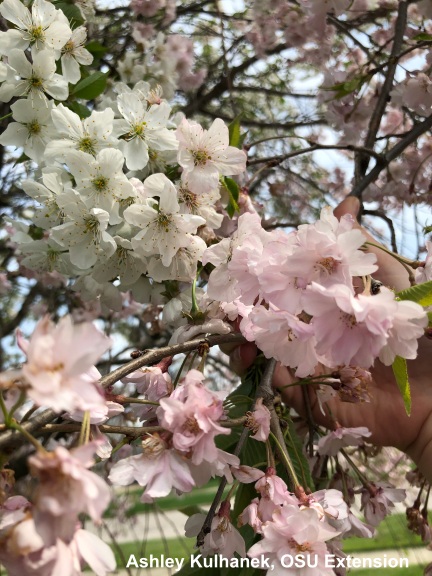 This problem could have been managed if the shoots from below the graft union were removed shortly after their appearance.  It can be challenging to distinguish between the shoots of the scion and shoots from the rootstock when their appearance is similar.  It is only though careful observation of the location of the shoots that the homeowner can determine which shoots to prune and which shoots to retain.  Alternatively, simply pruning to maintain the desired shape is always an option.

This competition between rootstock and scion can happen in other species too.  Shown below is a Japanese Maple exhibiting similar dual canopy effects. 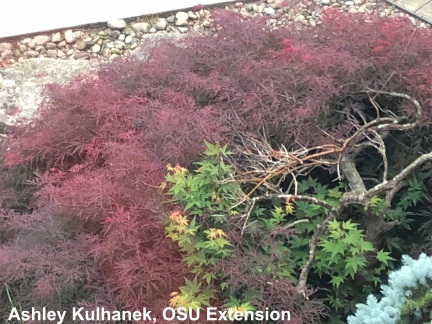 For some, a multi-faceted tree or shrub may be an exciting novelty for the landscape.  However, it could also be a sign of an underlying problem.  While this phenomenon can happen to a healthy tree specimen and survive many years (as the cherry above has), it can also occur when a tree is experiencing stress due to disease, environment, or other factors.  Poor health or general incompatibility between the two can allow the rootstock to overgrow, overwhelm and outcompete the desired canopy.   This can smother the shape, color, or form you purchased in the first place.  Pruning out rootstock invaders as soon as they are seen can help keep it at bay, but if injury or health is a factor, the tree may be in decline.  Observe it carefully through the seasons for other signs and symptoms of declining health.