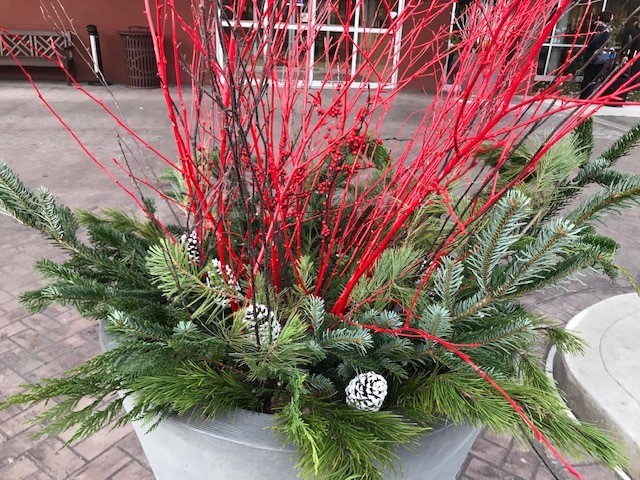 Winterberry, which is a deciduous of Ilex, is a fantastic accent to Christmas arrangements. With a variety of colors of berries, the stems make excellent accents to evergreens. 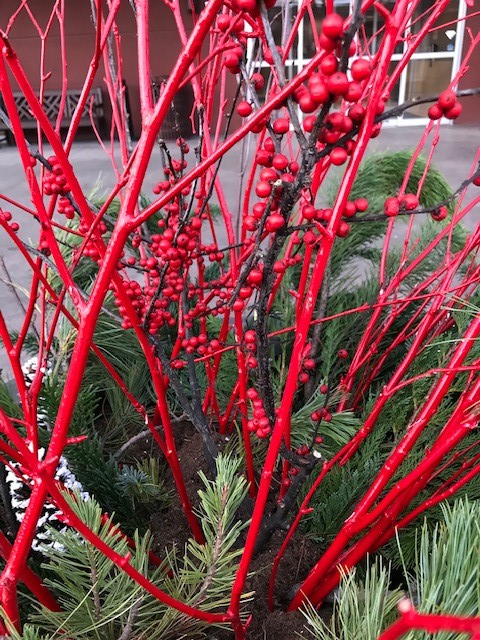 Although there are many varieties of Ilex, for color sake, we will look at red, red-orange, orange and yellow.

Ilex verticillata Is the red berried form of winterberry. 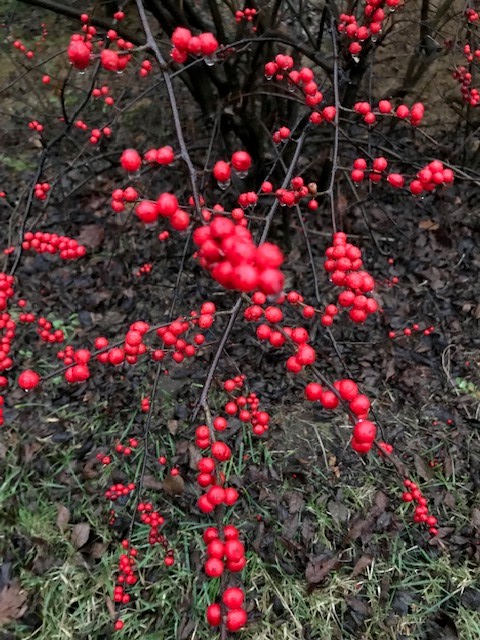 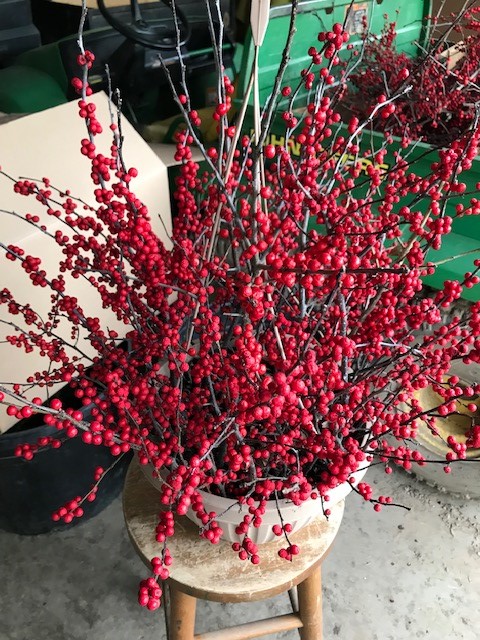 Ilex verticillata ‘Afterglow’ will have a red-orange berry. 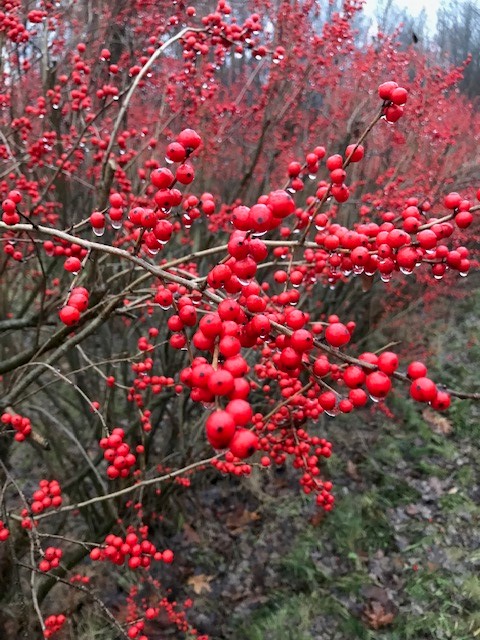 Ilex verticillata ‘Wintergold’ will have orange to pinkish berries. 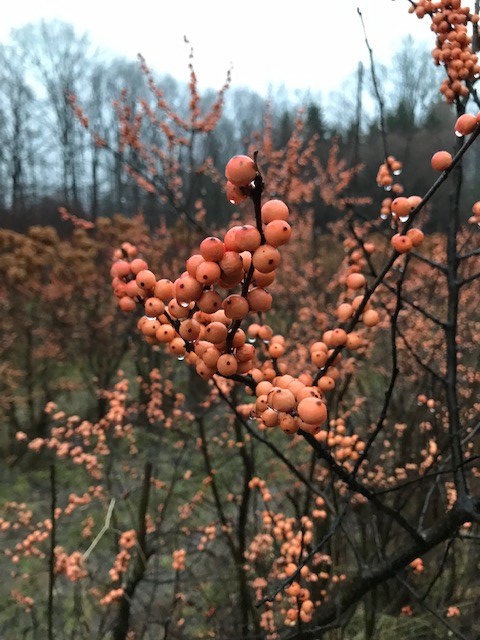 Ilex v. ‘Chrysocarpa’ will have a true yellow fruit. 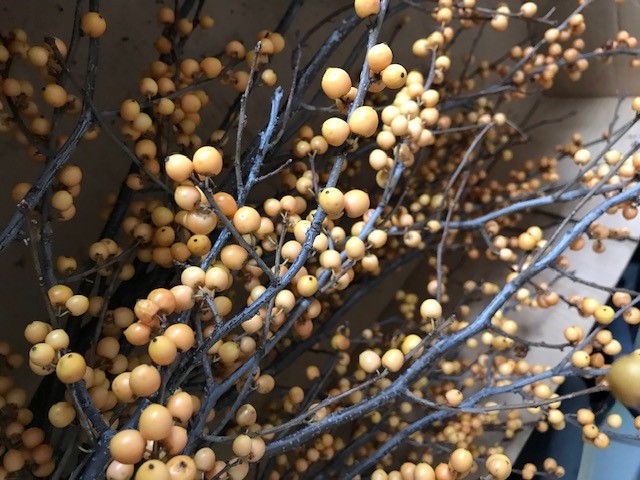 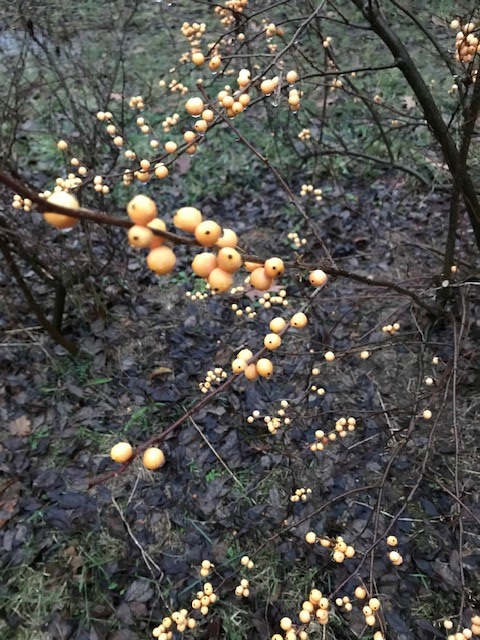 Deciduous Ilex does make an attractive plant in the landscape. This is Ilex v. "Stoplight': 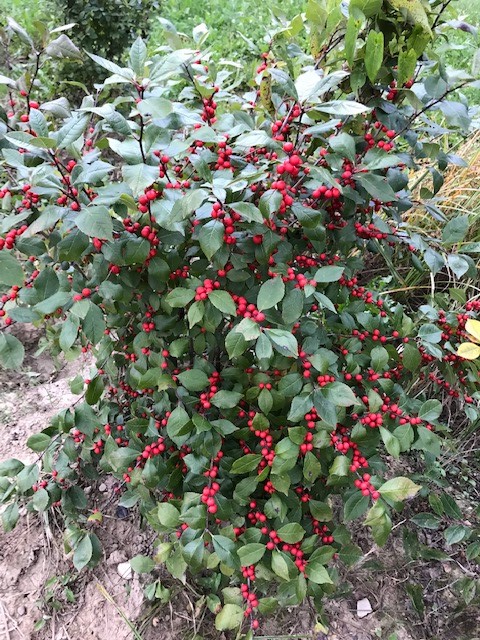 Since plants are dioecious, you need to plant a male and female near each other knowing only the female will produce fruit.