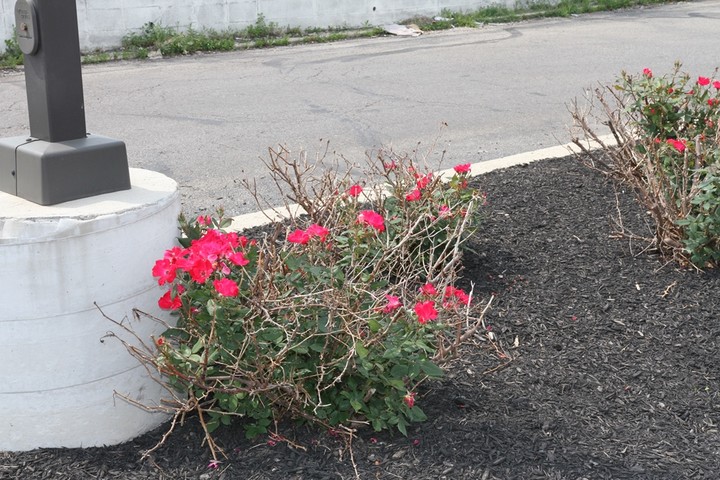 Back in the spring, I wrote a BYGL alert about winter injury to roses.  THANKS to everyone for their feedback and response as to what's being seen around the state.  It seems that the general consensus is that all types of roses experienced major dieback with damage clear down to around four to six inches above the graft.  Some lost a few roses completely but the majority of the roses have recovered nicely according to most.  Winter injury reports came from all around Ohio as well as from Detroit.

It still drives me crazy to drive around town and see the old dead wood hanging out above the first flush of flowers.  Hopefully by now most of the dead wood is covered with new growth and flowers.  Thanks again to everyone who provided feedback.  It was fun to hear from you.

I also heard from a few of you about the other losses in your landscape due to winter injury.  I had several comment that their normally winter-hardy mums didn't make it at all; I lost a few myself.  Caryopteris (blue mist, blue spirea or bluebeard) and Buddliea (butterfly bush) were also hit pretty hard.  It's not surprising to hear about these plants because it seems like every three or four years we get a winter that knocks them back to the crown.