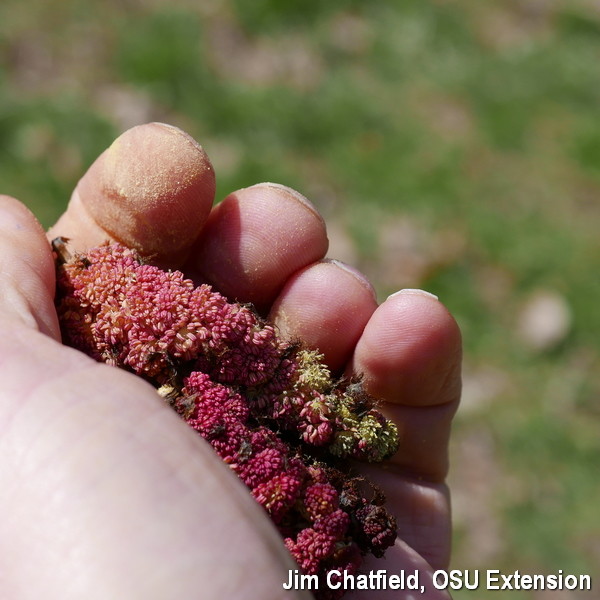 Have you ever been experienced? Well, now I have.  Three weeks ago, before a meeting in Springfield, as I strolled along a stream, there, lit by the sun, garnet-red earrings dangled.  Were they red maple fruits lit by the morning rays?  What, exactly, was I seeing?

Erik Draper, OSU, Geauga County was with me.  What?  He caught on first, noting that this tree with deeply fissured bark was the Eastern cottonwood (Populus deltoides). A towering tree, wide, wedge-shaped leaves, unwelcome fluff to come within another six weeks or so from then. 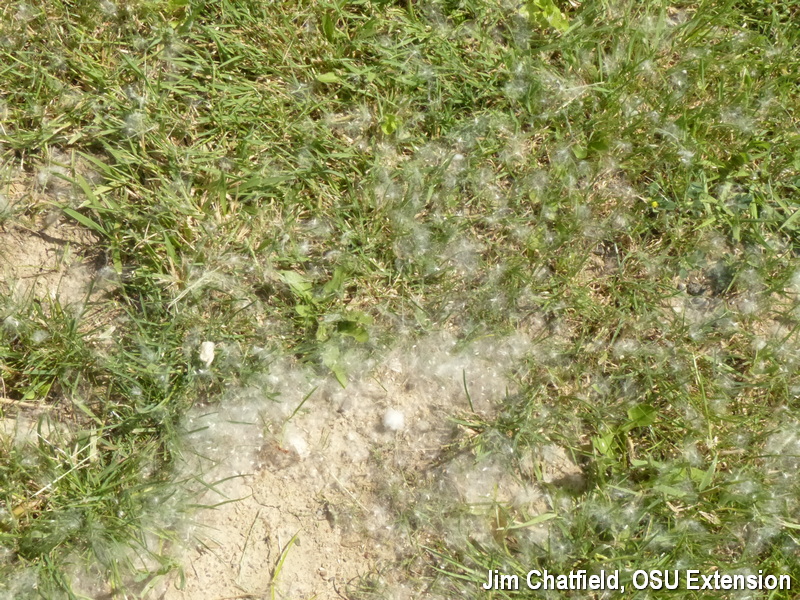 Unwelcome cottonwood seeds to come in late May to early June

But what of these wine red features, this spring growth emerging before the leaves.  Could they be….they were – male flowers. Where have they been all these years?  Of course they had always been there, we had most certainly seen them, but – had not really seen them. As Proust said:

“The true voyage of discovery lies not in finding new landscapes, but in having new eyes.”

None of us at this meeting had noticed these before. Cottonwoods are dioecious. Two houses. This cottonwood had male (staminate) flowers, stamens of red full of yellow pollen grains, about to be swept up by wind pollination (anemophily) to trees with female (pistillate) flowers. And what do the female flowers look like? Perhaps someone will send me a picture for a follow-up.

Well, it was a great day in late April.  Pam Bennett of OSU Extension, Clark County took us to a new park they are developing in the Mad River Gorge (MRG).  There was the non-native invasive lesser celandine (Ranunclus ficaria) that I had mentioned on our weekly BYGL Inservice webinar recently from seeing it in my northeast Ohio yard.

I said it was a pretty buttercup and that it had not spread much (everybody chorused – YET). Joe Boggs did an excellent bygl-alert on it earlier this spring (1013). In THE MRG it is legion. Other volunteers there were more felicitous; native buckeyes in several different developmental guises.

But those staminate cottonwood flowers. How could I have missed them all these years – all my life I have looked for flowers such as these. 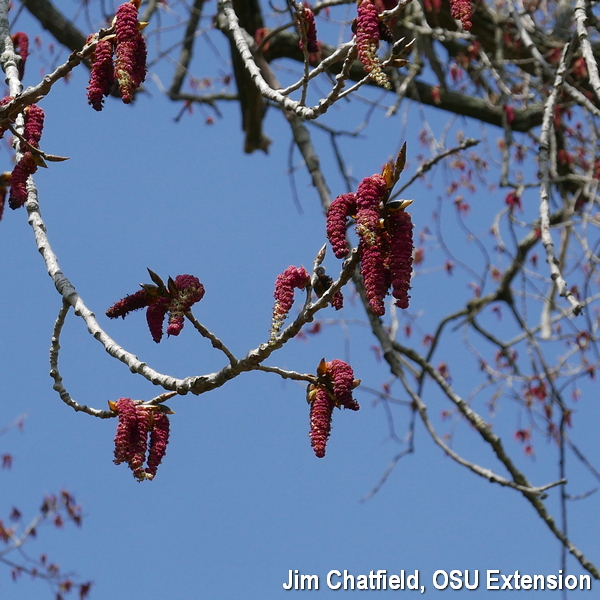