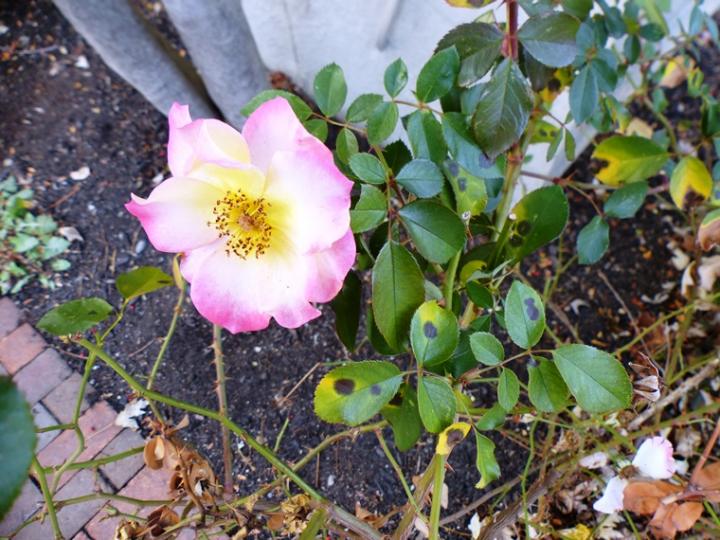 “Roses have thorns, and silver fountains mud;
Clouds and eclipses stain both moon and sun,
And loathsome canker lives in sweetest bud,
All plants make faults.” 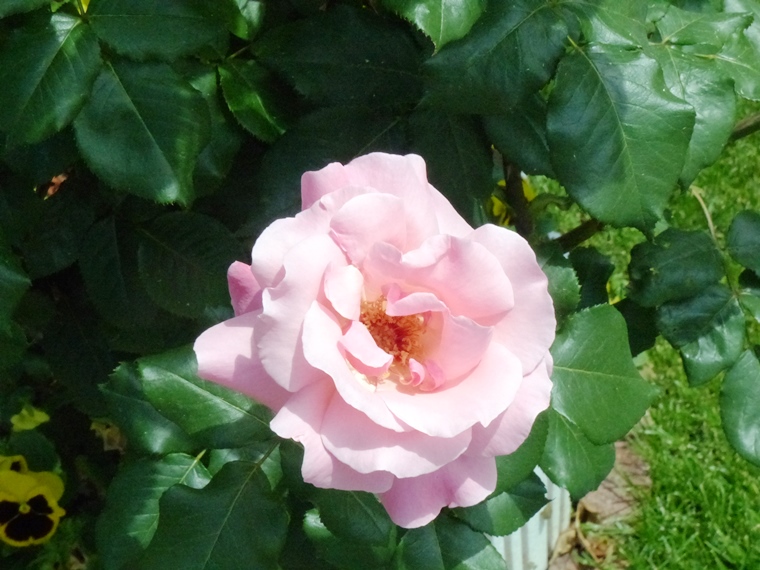 This is only a mild paraphrase of Shakespeare’s Sonnet 35, “plants” rather than “men”. It is a reminder that every plant has a mixed natural history, everything from a siting that works, another that does not: rhododendrons thrive in organic, acid soils in northeast Ohio, not so much in some southwest Ohio plantscapes of pH 7.5. With that in mind, every plant has its place and every plant has its own haunted house, so let’s look at another edition of Horticultural Horrors and Plant Pathologies.

True Mistletoes. (Phoradendron species) Not long ago, I wrote of dwarf mistletoes (Arceuthobium species), flowering parasitic plants that attached to junipers in the Utah desert, feeding on the hard-earned carbohydrates produced through photosynthesis in the juniper foliage. Recently, at a program on a horse farm in Kentucky, we espied a different type of mistletoe in the black walnut trees.

Little round balls of foliage, a different shade of green from the black walnut leaves. This was “true mistletoe”, denoted a hemi-parasite, because in addition to sucking sap from the plant, this kiss-and-do-tell mistletoe also produces some carbohydrate in its own green leaves. True mistletoes grow in Ohio, but mostly in the southern part of the state. Another of Nature’s trick-and-treats.

Black walnut. (Juglans nigra). How could anyone speak badly about this almost transcendental contributor to the world’s best brownies: flavored by earthy chunks of black walnuts. Wow. Or black walnut ice cream. Incomparable. Yet. Yet. Double yet. First, black walnuts practice chemical warfare of the herbicidal-maniac ilk. They produce juglone, which is considered allelopathic to other plants, most notably

Juglone is produced by all parts of black walnut, including roots, in turn, thourhg the wide-spreading root system of a large tree, damaging roots of susceptible plants nearby. Thus, do not plant tomatoes within the root zone of black walnut trees, a zone that can extend over a hundred feet for a large black walnut tree.

Second, and OSU forester Kathy Smith often reminds me of this, foresters working under black walnut trees in the woods prefer a hard hat for fall wear, better to weather the bombarding of fruits on a windy day.

Callery pear (Pyrus calleryana). This Asian native is a good example that the road to wickedness is lined with intentional planting of once well-behaved street trees. Brought to the United States from Asia to cross with fruiting pears for better fireblight resistance, they proved an alluring ornamental of white flowers, glossy leaves and rarely-seen fruits until the ‘Bradford’ cultivar first fell into disfavor for overplanting, then for breaking apart in storms.

Other cultivars replaced the self-infertile ‘Bradford’ but then the cultivars began crossing with the unintended consequence of Callery pears now being reviewed as invasive relative to nursery production status. Check out Theresa Culley’s article in the Ohio Invasive Plants Council Summer 2017 newsletter for more information. Google it.

More wicked (sometimes) plants this way shall come, culminating with Halloween, bygl alert-style. What are your candidates for the ultimate in plant wickedness? E-mail me at chatfield.1@osu.edu.

Finally, exercise your inner iambic pentameters, and “No more be griev'd at that which thou hast done”. All horticulturists and botanists make faults; let us endeavor to learn from our mistakes.