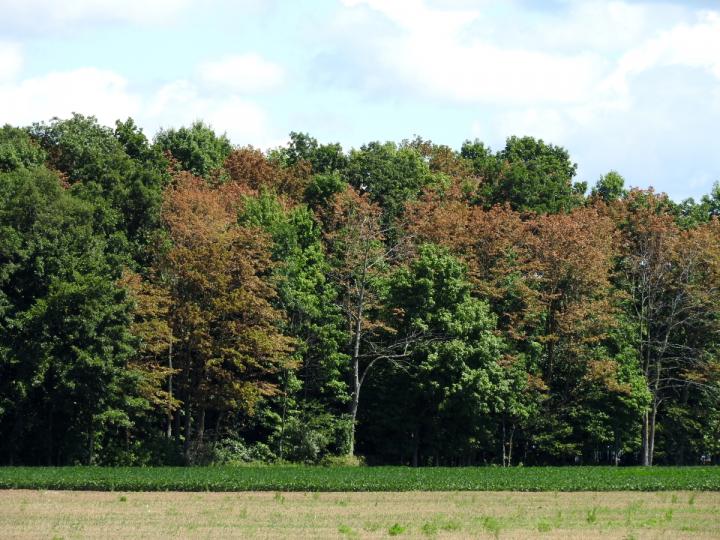 What begins as minor feeding injury on the leaves of basswood (Tilia spp.), can quickly become an attention grabber, especially if you are unfamiliar with the insect and the injury caused. The leaves appear to be torched and stand out among other trees in the area. The damage is obvious even as you are traveling on highways - at the recommended speeds of course. 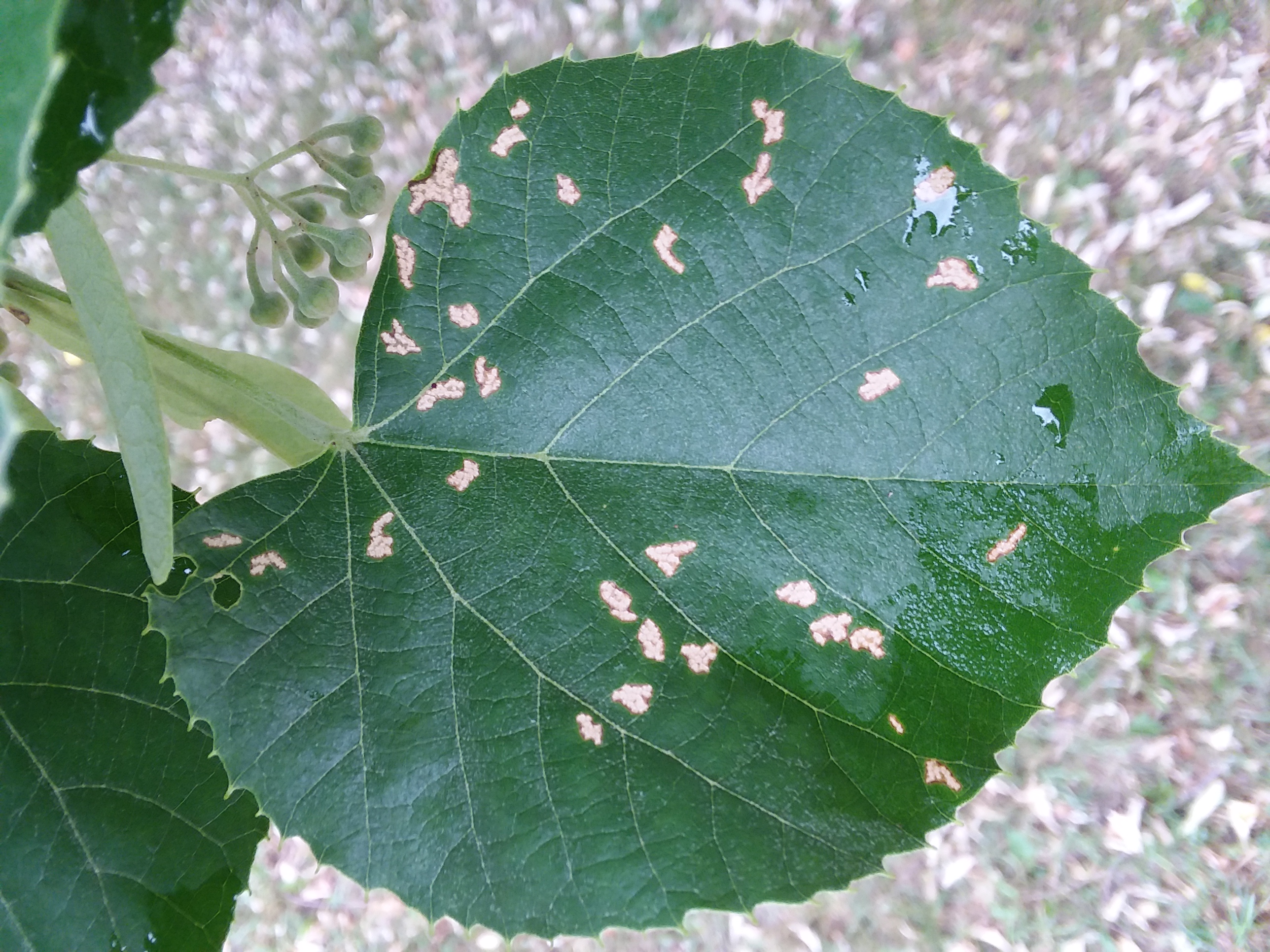 For years, basswood leaf miner had been a problem only seen in northwest Ohio. While the damage continues to be apparent in this region, the damage is being detected in other areas of the state. Recently, some "southerners" from Joe Boggs' area traveled through northwest Ohio and were intrigued by the scorched appearance of some of the trees along the roadside and wondered what was happening.

While the damage has traditionally be found in woodlots and along the roads where basswood naturally grow, we have noticed the damage in more landscape-type situations in recent years.  While their preference seems to be directed towards the natively occurring basswood, we have observed damage on the silver linden (Tilia tomentosa). The leaf photos above and below were taken in Toledo, Ohio on a silver lindens at the Toledo Botanical Garden.  While the damage is not a extensive, their presence is known. 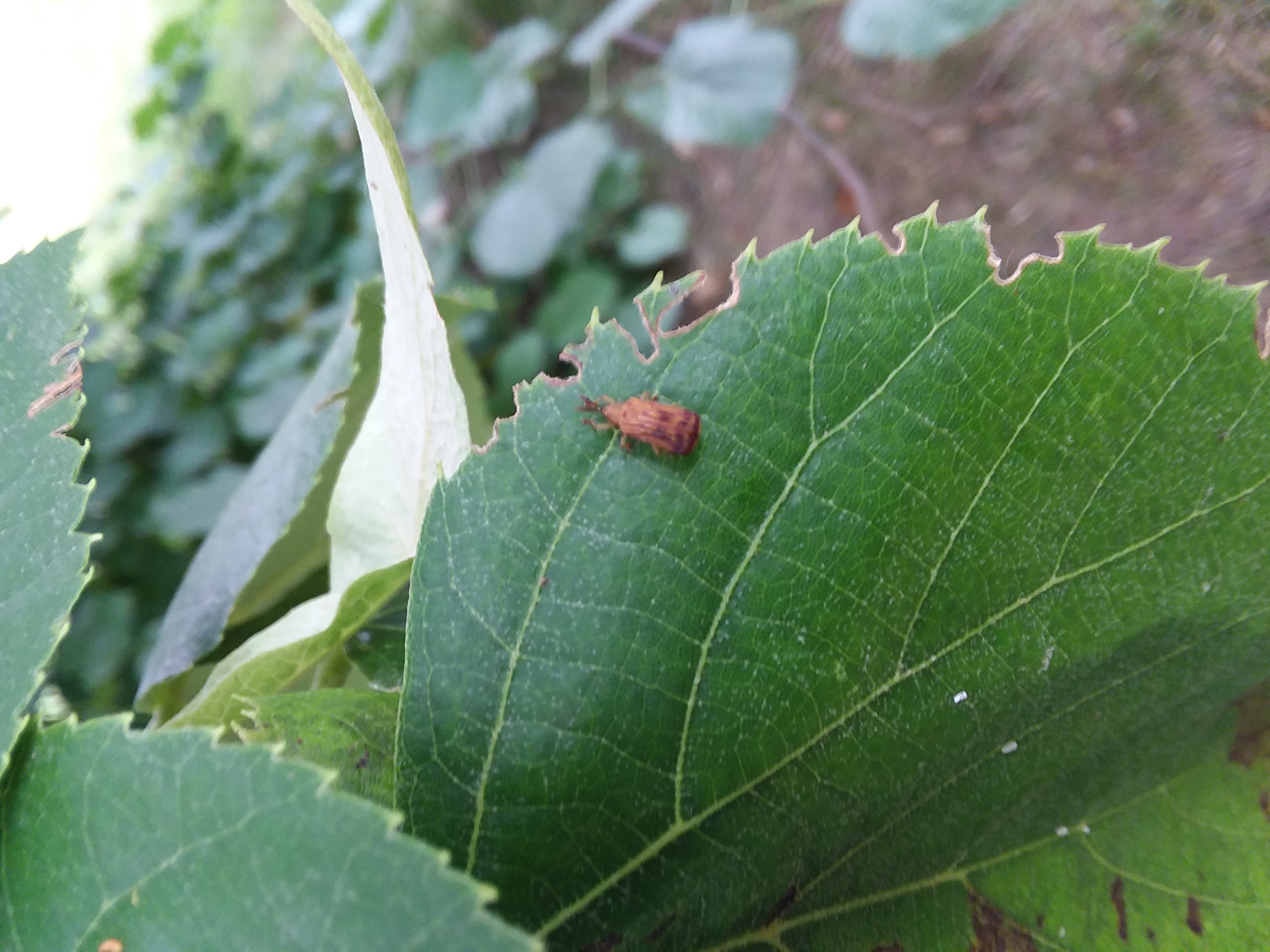 So as you are traveling across the buckeye state and beyond, be sure to enjoy the beautiful side of horticulture and what different areas have to offer, but always be on the look out for the pests and expanding your diagnostic horizons.