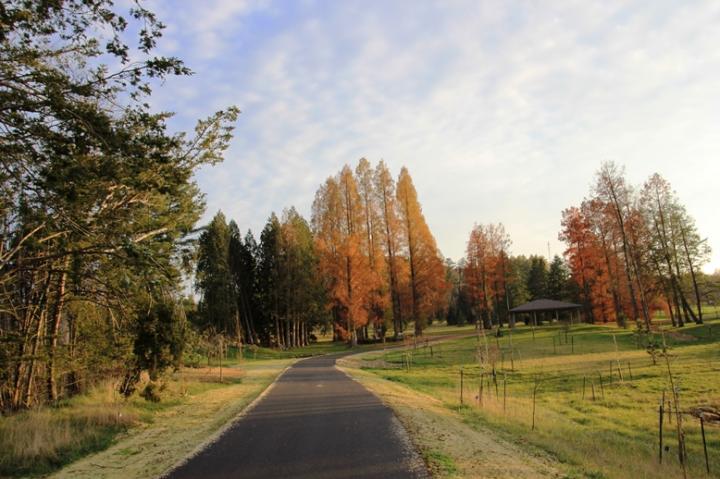 This is a byglbook-alert, premature since I have only read the first chapter of the featured book, but I have started down its path of poesy and prose and hope you will too. The book is On Trails by Robert Moor (not “Moop”, for George Costanza fans).

Robert Moor set out to hike the Appalachian Trail, Georgia to Maine, in 2009.  He speaks of this and then from there starts to muse deeply on the idea of trails, of paths, in his words “a meditation upon trails.”

He writes about how trails reflect adaptation of its users and the reverse:  “The essence lies in its function: how it continuously evolves to serve the needs of its user.” “Its “trail-ness.” Moor quotes Wendell Berry: (trails are) “the perfect adaptation, through experience and familiarity, of movement to place.”  “Wisdom beneath our feet.”

You have to love someone who writes the following; Moor’s describes his AT experience in 2009 through one of the wettest and coolest summers in recent years: “The trail was my only source of navigation. So I clung to it, like Theseus tracing Ariadne’s unspooling ball of twine.”

Moor speaks of Klaus Humpert, “professor of urban design at the University of Stuttgart, who studied dirt paths, shortcuts between paved walkways. He erased the informal pathways by resodding. New trails soon appeared exactly where the old ones had been. “

These “Desire lines”, as Moor notes are everywhere. Impromptu trails. Satellite imagery find “even in Pyongang”, reflections of people’s natural, uncontrolled tendencies that “dictators despise”.  Listen to this: a trail, a “shortcut is a kind of geographic graffiti, pointing out the authoritarian failure to predict our needs and police our desires.”

More from Moor: In Japan desire lines are called kemonomichi or beast trails, in France chemins de l’âne or donkey paths. Cow paths. At the University of Oregon forty cattle were pitted against a sophisticated computer program to find the most efficient path: cows won. Moor quotes Emerson that: “We say the cows laid out Boston.”

There are “No authors to trails in the woods – they emerge.”  Trail experts might cringe at this idea, and of course we salute in wonder their foresight and guidance in providing guidelines and their important desires to keep us from straying, say, from the boardwalk in Johnson Woods Nature Preserve, but Moor’s musings are important contexts as well.

Moor relates several story threads of ant trails. “Ants nose along chemical pathways that are wholly invisible. (One trick to seeing them, I learned is to sprinkle the area with lycopodium, the same powder police use to dust for fingerprints.)” He tells of the great entomologist and sociobiology and island geography scientist E.O. Wilson and how he entertained people back in the 1950s by enticing fire ants to spell out his name through use of a trailblazing chemical.

He notes that Wilson was actually the discoverer of the Dufour gland on fire ants that produces the trailblazing pheromone. He also tells the tale of the renowned physicist Richard Feynman who observed a line of ants on his bathtub and noticed how the line became straighter and straighter over time, which fellow entomologist James Danoff-Burg pointed out reflects that: ‘All things optimize in nature, to some degree.” Which goes to prove that entomologists and fellow ant-lover travelers have too much time on their hands.

Moor asked Danoff-Burg if there was a book he would recommend to think harder about all this. The reply: The Origin of Species. Moor:  “And, as Darwin showed, in the great universal act of streamlining, even the errors are essential. If some ants aren’t error-prone, the ant trail would never straighten out. The scouts may be the genius architects who blazed the trails, but any rogue worker can be the one who stumbles upon a shortcut”.

So marvelous. From Goethe:

“ Man may turn which way he please, and undertake anything whatsoever…he will always return to the path which nature has prescribed for him”

“Both the religious path and the hiking path, as Taoists say, made in the walking”.  - Moor

All of this and more, just in the Introduction.  It gets one thinking. Neural pathways. Path dependence as my political science daughter taught me about analysis of Supreme Court decisions. My own observational path as a modern-day urban and rural flâneur.  And then in Chapters 1-6: fossil trails, more on insect trail networks, four-legged mammals navigating their territories, human societies and their ancient pathways and cultural threads, the winding origins of the Appalachian Trail, and then the longest hiking trails in the world.

Personal Note: My own personal path took a turn recently.  I am a de-retiree.  It ain’t over til’ it’s over.

Moor: “To deftly navigate this world, we will need to understand how we make trails, and how trails make us.”