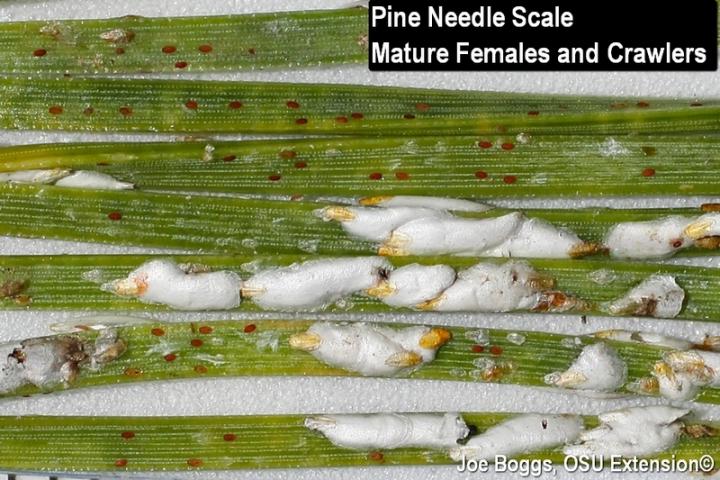 First generation Pine Needle Scale (Chionaspis pinifoliae) crawlers (1st instar nymphs) are now appearing on conifers in southwest Ohio.  This is a type of "armored" scale so-named because of the hard, waxy cover (test) that protects the females.  The egg-shaped pine needle scale tests are snow white with a small yellowish-tan spot at the small end. 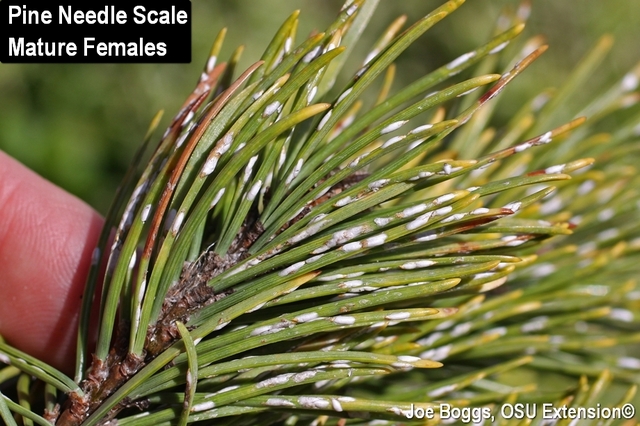 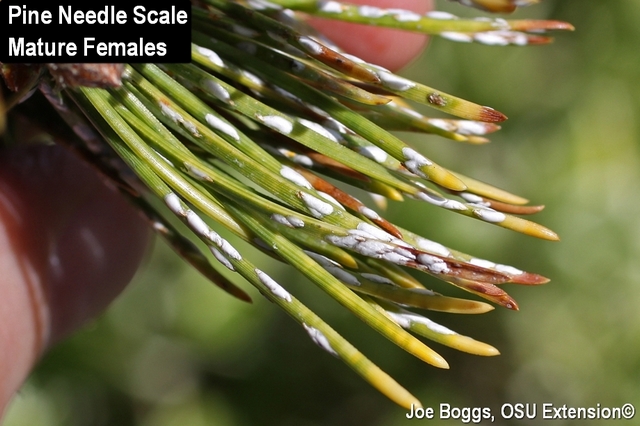 Armored scales insert their long piercing-sucking mouthparts into plant tissue to slurp-up the contents of ruptured plant cells.  This is unlike so-called "soft scales" that insert their mouthparts into phloem vessels to suck-up large quantities of sugary sap.  Soft scales must rid themselves of excess sugar water by exuding "honeydew" which commonly becomes colonized by black sooty molds.  Armored scales do not produce honeydew, so infested trees do not become blackened with sooty mold.

Pine needle scale may infest a wide range of conifers including pines such as Scotch and mugo; spruces; Douglas-fir; and eastern red cedar.  Heavily infested trees look like they've been pre-flocked for Christmas. 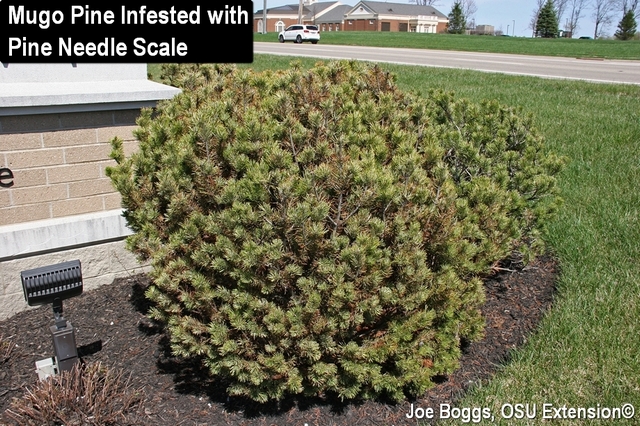 As with all armored scales, pine needles scale 1st instar nymphs are the only mobile stage in this sucking insect's life-cycle; thus, the name "crawler."  It is also the stage that is most susceptible to insecticide applications.  The tiny, dot-like pine needle scale crawlers are dark pinkish-red to rusty-red.  Once the crawlers settle to feed, they turn tannish brown.  A 10x hand lens is helpful with detecting and monitoring the scale crawlers. 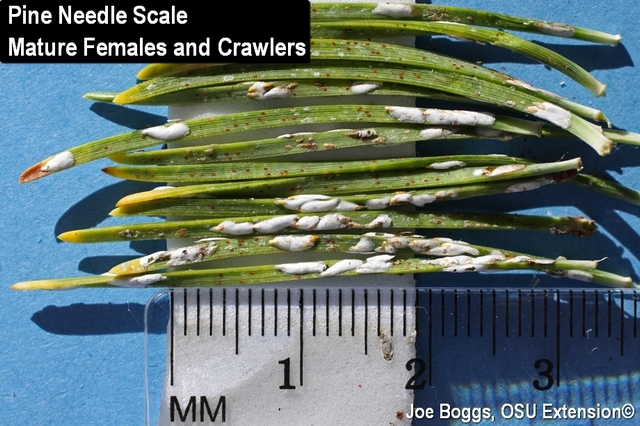 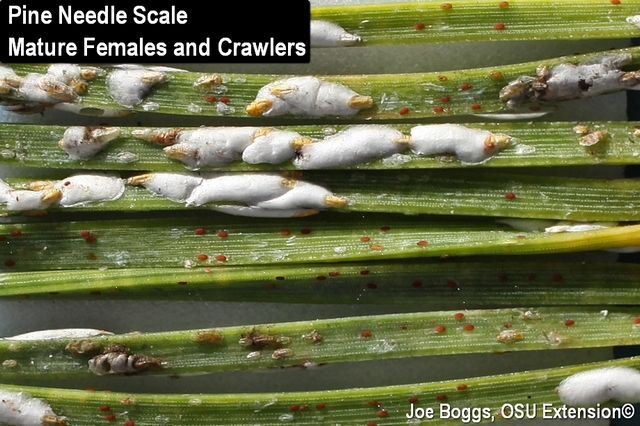 Pine needle scale has two generations per season; we are commencing the "spring generation."  The "summer generation" typically appears sometime in late-June to mid-July in Ohio.  Obviously, targeting the first generation crawlers will have a significant impact on reducing the overall infestation by preventing the population contribution by the second generation.  Also, first generation eggs typically hatch over a relatively short period of time meaning crawlers may be significantly reduced with a single insecticide application.  Second generation eggs hatch over a prolonged period of time often requiring multiple applications depending on the residual activity of the insecticide product.

Effective products include many standard insecticides labeled to control armored scales on the infested conifer species.  The downside is that these products may also kill bio-allies such as lady beetles and other scale predators.  Insecticidal soaps and horticultural oils are also effective and will spare the beneficial insects.  The downside is that both will only kill on contact meaning that thorough coverage is required since there is no residual activity.  This also means pine needle scale crawlers should be closely monitored in case an extended egg hatch occurs and new crawlers escape the first application.