Shrub of the Week: Common Witchhazel 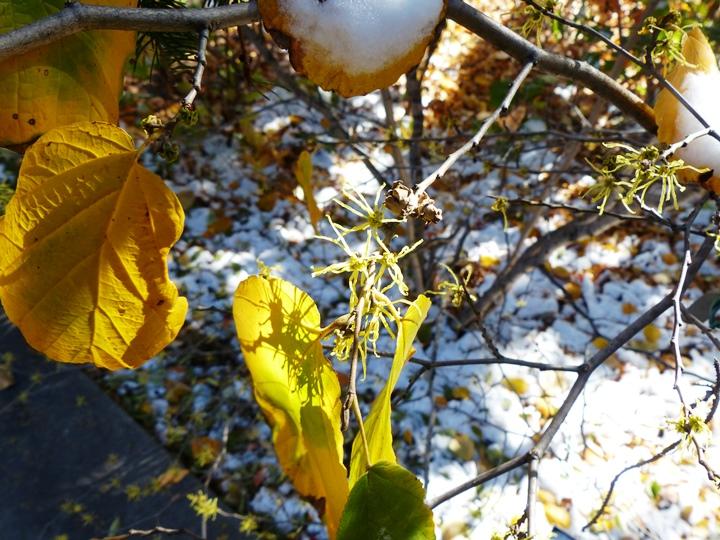 {This bygl-alert was written by Paul Snyder, horticulturist with OSU’s Secrest Arboretum at the Ohio Agricultural Research and Development Center in Wooster. Two pictures were added by Jim Chatfield.

Members of the genus Hamamelis open and close the season for woody flowering plants. Flowering begins with Hamamelis vernalis and Hamamelis x intermedia hybrids in the spring and end with the flowering of Hamamelis virginiana in the fall and Hamamelis mollis in early winter. One Hamamelis mollis selection, ‘Rochester Superba’, typically flowers the week before Christmas at Secrest and continues through January.

Currently, the common witchhazel (Hamamelis virginiana) is flowering at Secrest and has been in flower for about two weeks. The flowers of this species are typically sulfur yellow, but selections are available in red/orange. Found throughout the eastern United States, the local populations can be found that vary in the opening of their flowers, some plants in mid fall, while others open towards the end of November.  As a general rule, the flowers of this species are slightly fragrant, though the intensity can vary from plant to plant. The fall color of Hamamelis virginiana is bright yellow and can hide the flowers until the leaves drop completely. 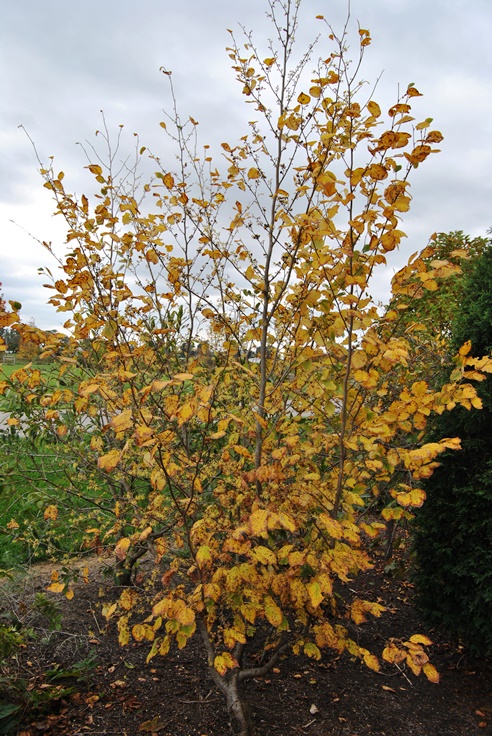 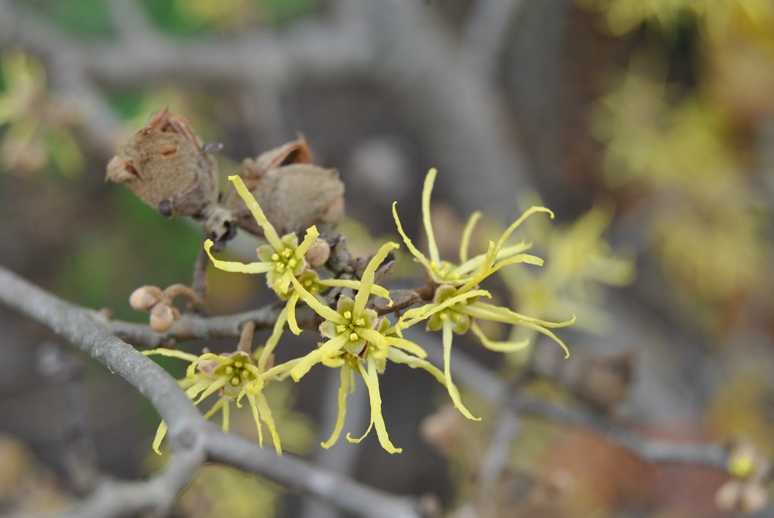 The fruit is a non-messy woody capsule that can expel its seeds up to 40 feet away from the parent plant. When I collect seed, I first pick the unopened woody capsule, and place them in a paper bag. The bag is then placed in a warm location and allowed to dry. As the capsules dry, you can hear the pop of seeds being shot out of the capsule and hitting the side of the bag. At the same time, you can almost hear Ralphie’s mother in the background saying, “You’re gonna shoot your eye out.” Yet, there is no evidence of any such mishap when planting a member of the genus Hamamelis in the landscape.

The summer foliage according to Michael Dirr, is medium green (Manual of Woody Landscape Plants, Sixth Edition. Pg. 477). Moreover, there are no serious insect or disease issues for this plant, though pathologists have been defining and trying to determine host ranges of several leaf blotch diseases, including anthracnose over the years.

Native to the forest understory on slopes, moist stream banks, and upland areas, the plant is adaptable to many growing conditions. It can mature to a height of 20’ and should perhaps be thought of as a small tree when siting it in the landscape. Select a location that has moist, well-drained soil.

So, take a drive through the back roads this week and see if you can spot Hamamelis virginana adorning the forest with its elegant, brightly colored flowers. And with this final image, hang on for the next witchhazels coming our way this winter. 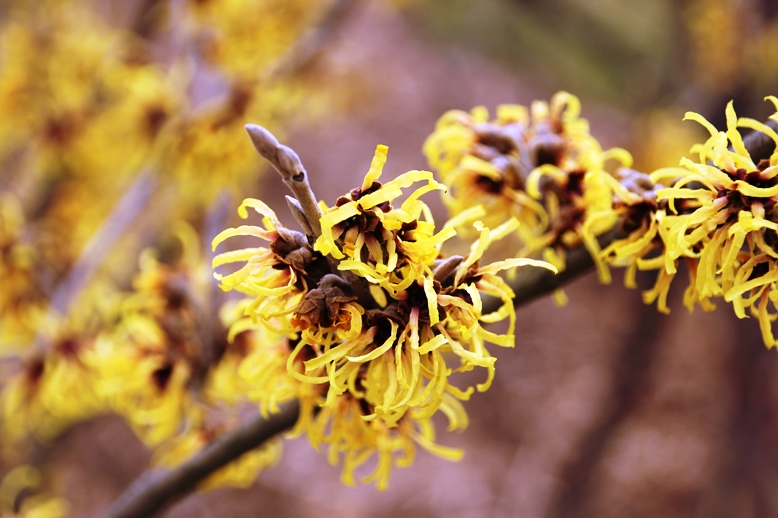