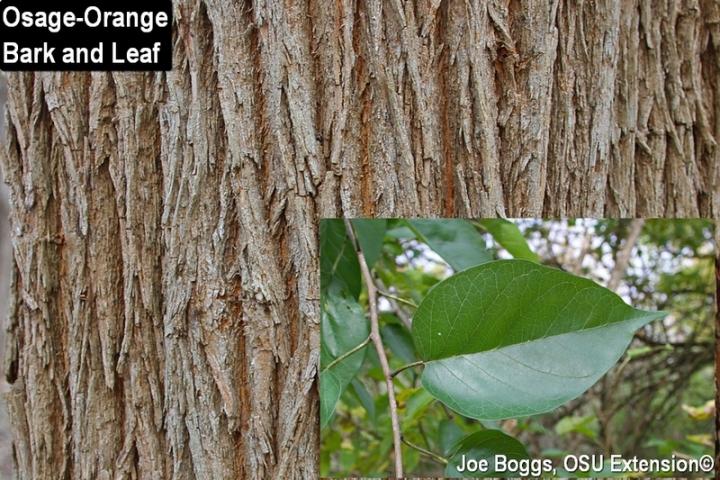 If you can look past the large fruits currently dropping from this native tree (unless one drops on your windshield) and select more mannerly cultivars of this tough native tree, Osage-orange can be a go-to tree for difficult urban sites.  It was first discovered in 1804 growing in a relatively small native range confined to the eastern part of the Red River drainage watershed in Oklahoma, Texas, and Arkansas. 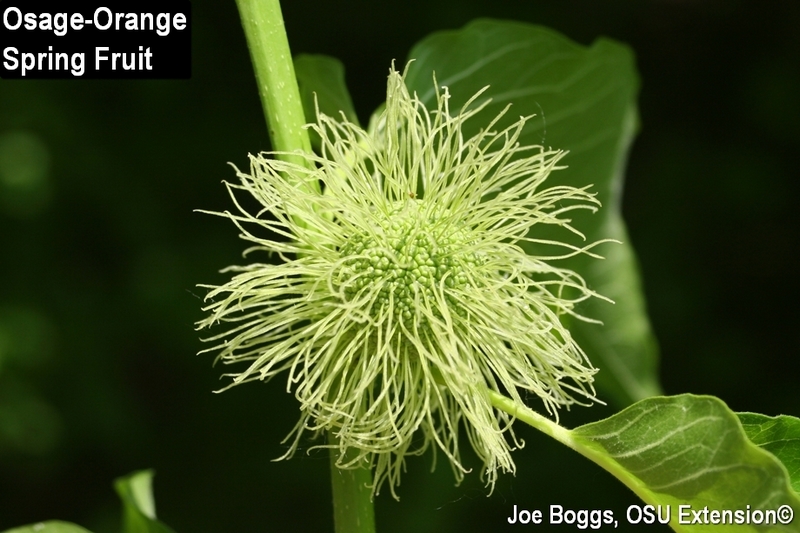 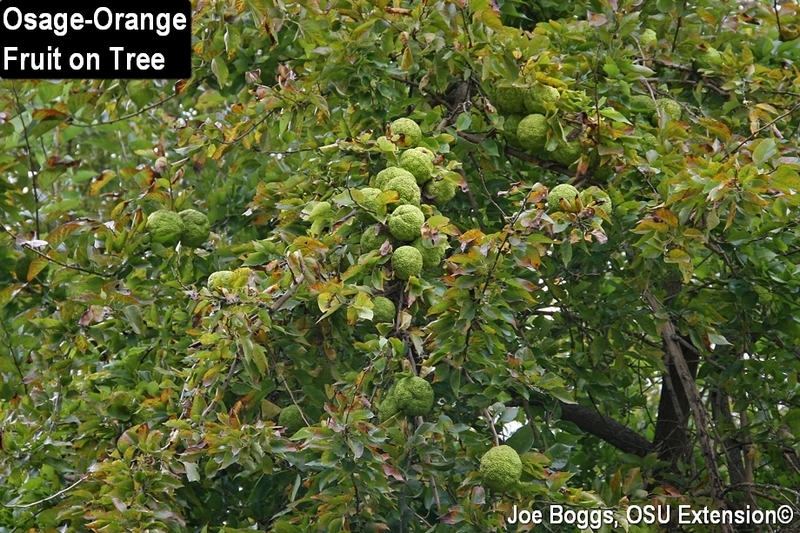 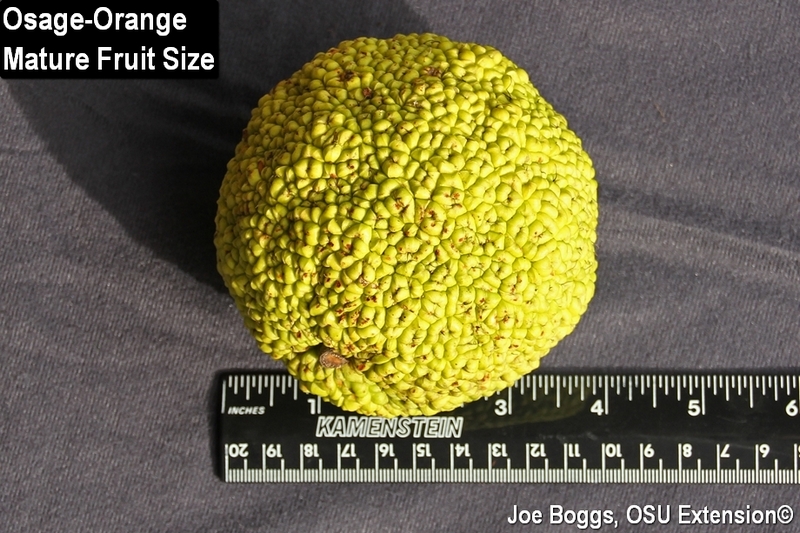 Osage-orange was named for the Native American tribe living in part of the tree's native range and the general appearance of the tree's fruit.  Indeed, many of the other common names refer to the fruit including:  hedge-apple, horse-apple, and mock-orange.  Some common names such as bois d'arc, bodark, and bow-wood reference the wood which was prized for making bows (bois d'arc means "wood of the bow").  Although both the fruit and branches ooze a latex-like sap when cut, several studies have shown that the fruit is not poisonous to livestock, wildlife, or humans. 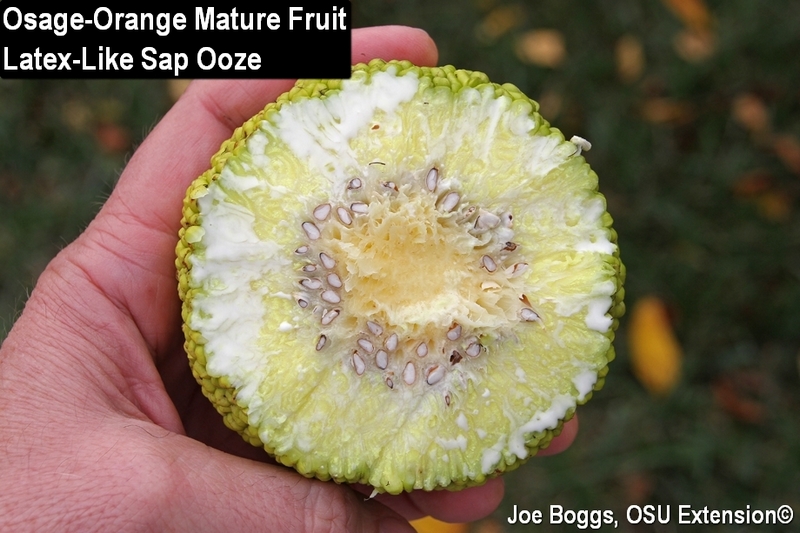 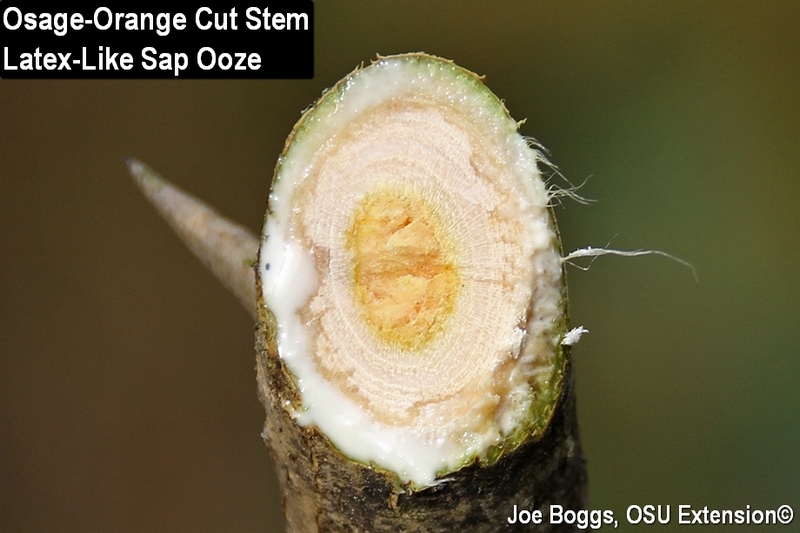 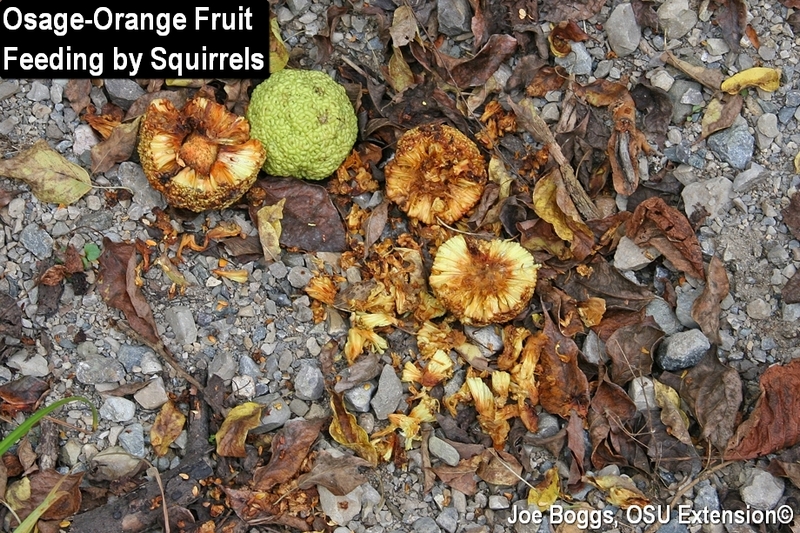 Osage-orange can now be found in all 48 contiguous states.  Its widespread distribution was supported by its boundless adaptability to wide-ranging environmental conditions and its use for several utilitarian purposes.  Trees were planted as living fences prior to the development of barbed wire.  Dense, crossing branches and sharp spines growing from the leaf axils discouraged livestock from crossing close-planted hedges.  It was also one of the primary trees used in Works Progress Administration (WPA) programs aimed at preventing soil erosion.  Thousands of miles of Osage-orange shelterbelts were planted throughout the 1930s as part of WPA soil stabilization efforts.

The adaptable nature of Osage-orange is illustrated by Michael Dirr in his Manual of Woody Landscape Plants (Sixth Edition), "One of our very tough and durable native trees; transplants readily; the poorer the site the better; withstands wetness, dryness, wind, extreme heat, acid and high pH conditions once established …"  Trees are also relatively free of serious pest and disease problems.

Of course, Osage-orange has two attributes that limit its use in landscapes:  large fruits and spiny thorns.  The hard, roughened fruits range in size from 3 - 5" in diameter and have been known to crack windshields of cars parked beneath female trees.  Thankfully, Osage-orange is dioecious meaning that there are both female and male trees; only female trees produce fruit.  So the answer is to plant male trees. 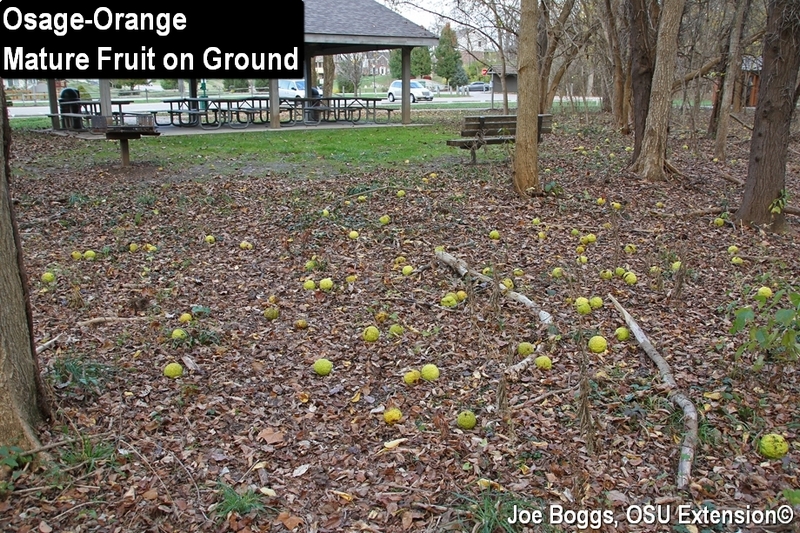 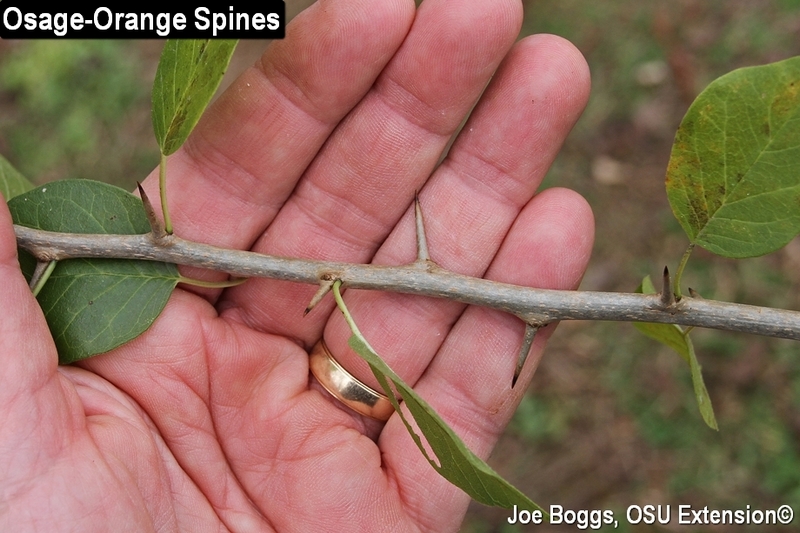 The thorny issue of the prickly spines can be solved by selecting cultivars that are so-called "thornless."  Three well-known male and thornless cultivars are 'White Shield', 'Wichita', and 'Park.'  Finding these cultivars may be a challenge; however, they are worth the effort.  Also, make certain to be specific when purchasing trees.  A web-search showed that the straight species is commonly being sold for naturalized areas; trees will have thorns and may be females. 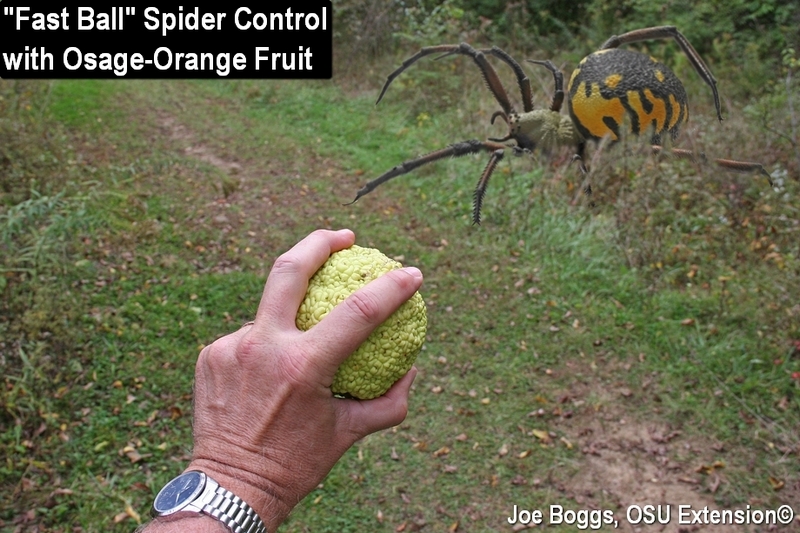 Finally, a number of stubborn myths have grown-up around Osage-orange such as the fruits being capable of repelling insects and spiders.  Indeed, I found a website selling Osage-orange fruit using the advertisement, "100 Percent Organic Insect and Spider Repellent."  Research has debunked the insect repellency claim.  While compounds have been found in the fruit that have some insect repellency properties, the natural concentrations of these compounds in the fruit are far too low to serve as an effective repellent.  There is no research evidence supporting the claim that the fruit repels spiders.  On the other hand, as demonstrated in the above image, throwing the fruit at insects and spiders can have an effect.