Teasel Flower Heads are on the Rise 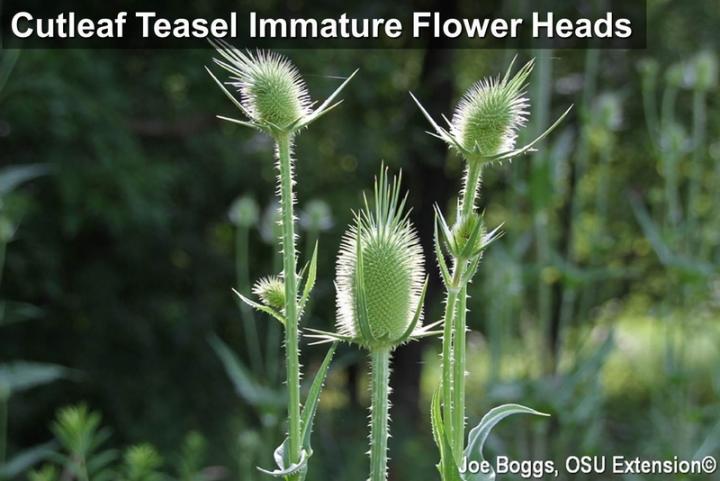 Cutleaf Teasel (Dipsacus laciniatus) and Common Teasel (Dipsacus fullonum) are native to Eurasia and North Africa and were originally introduced into the U.S. in the 1700s for use in the textile industry; the prickly dried seed heads were used to raise the nap on fabrics.  Later introductions were for ornamental use with the persistent dried seed heads still used in flower arrangements. They are now found throughout the U.S. often creating havoc in naturalized areas. 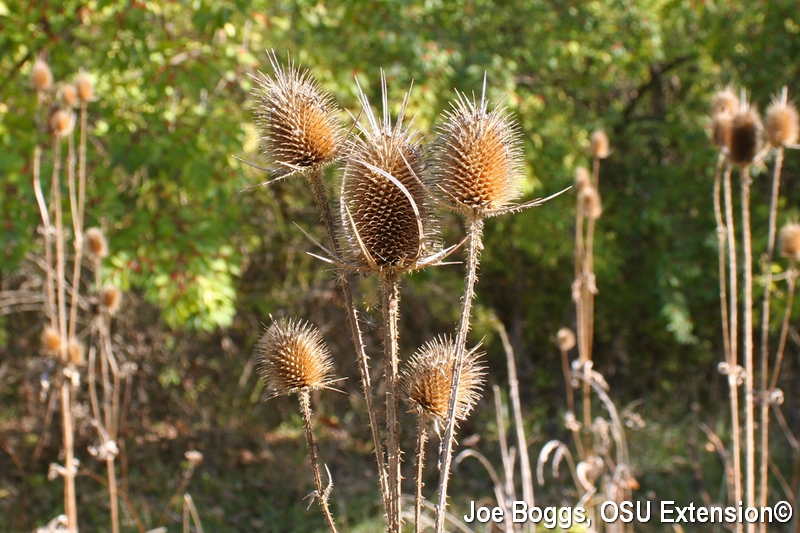 These biennials are prolific seed producers with seeds germinating in late summer to early fall to form basal rosettes which is the overwintering stage.  Plants remain in the rosette stage throughout their first full season and form a deep tap root which may extend more than 2' into the soil.  Plants bolt to produce flower stalks and seed heads the second season from July through September.  Flowering plants can be identified by their egg-shaped, spiny flower heads covered in tubular white flowers on common teasel and purplish flowers on cutleaf teasel.  Dried flower stalks and spiny flower heads persist which helps to identify heavy infestations. 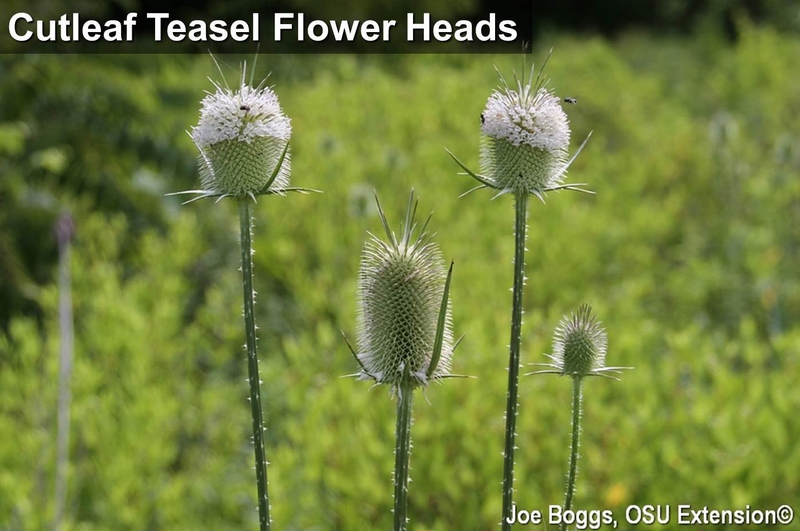 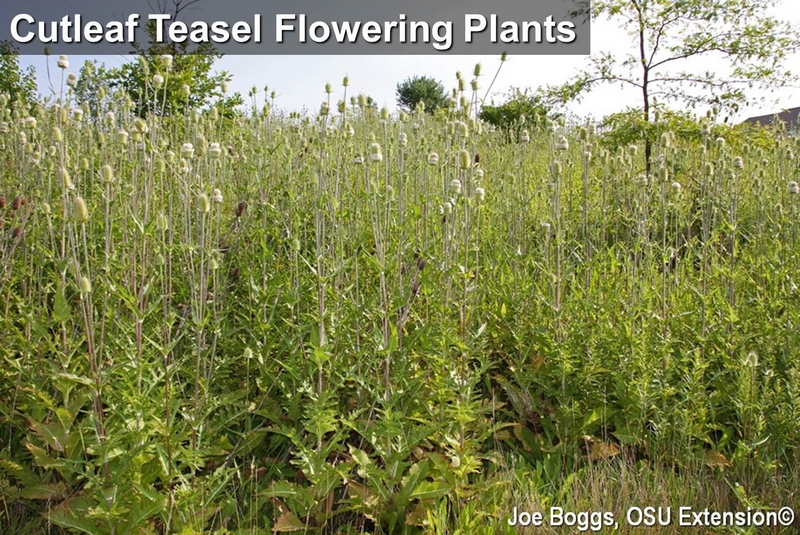 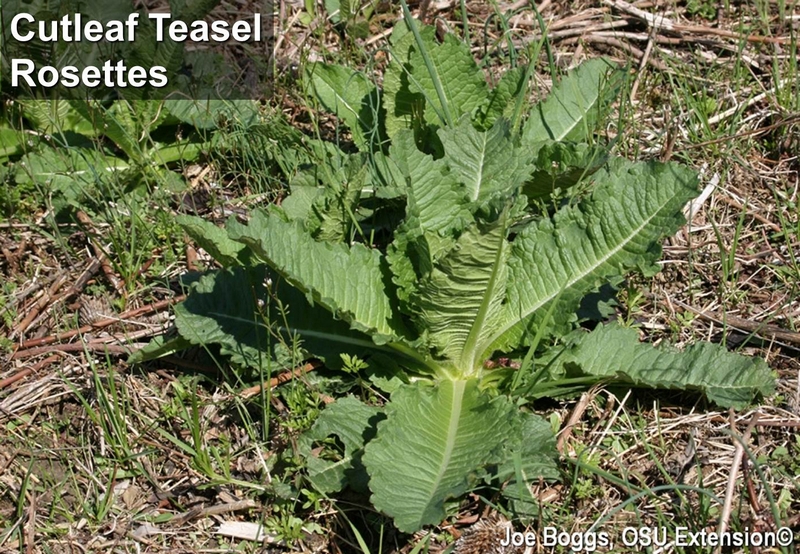