Maackia Madness: Two For One 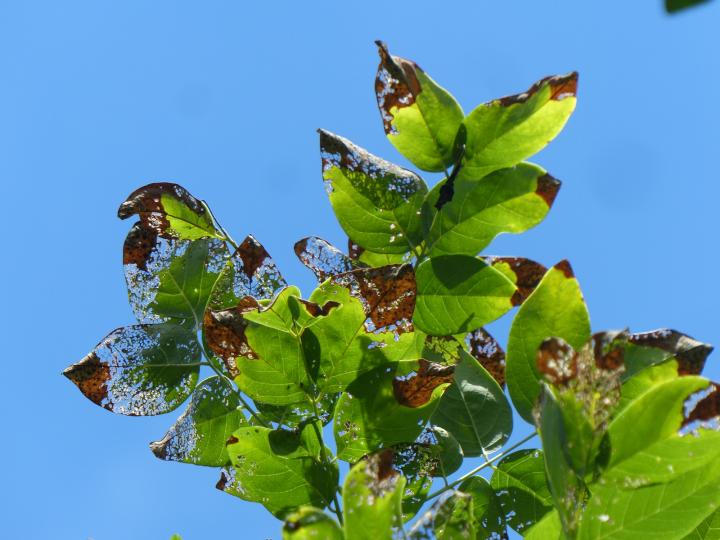 The 4th Question of Plant Problem Diagnostics (http://www.oardc.ohio-state.edu/floriculture/images/20_Questions_on_Plant_Diagnosis.pdf) is “What Do You See?” in terms of symptoms of plant damage. The 6th Question (after “What is the Overall Health?) is a return to the idea of symptoms with “What Exactly Do You See?” I was reminded of this the other day when looking at an Amur maackia tree in my backyard. The tree foliage is mostly above arms-length, but I could see that Japanese beetle flyers had no problem, munching with their chewing mouthparts, leaving sections of leaves partly skeletonized. I did not see the actual beetles on this occasion, but the smoking gun was there – the symptoms of skeletonization they caused. Circumstantial, yet  - substantial - evidence.

Looking closely, though, there was also evidence I have noted before on this maackia, evidence as with the Japanese beetles, that I had linked with actual presence of the perpetrators – leafhoppers causing what is known as “hopper burn”. Maackia, as with many other members of the Fabaceae (the bean family) and other plants are susceptible to leafhopper infestations and damage. In some cases, such as with alfalfa (also in the Fabaceae) and potato leafhopper, symptoms include the wedge-shaped necrotic areas (hopper burn) at the tips of the leaves, as shown here. 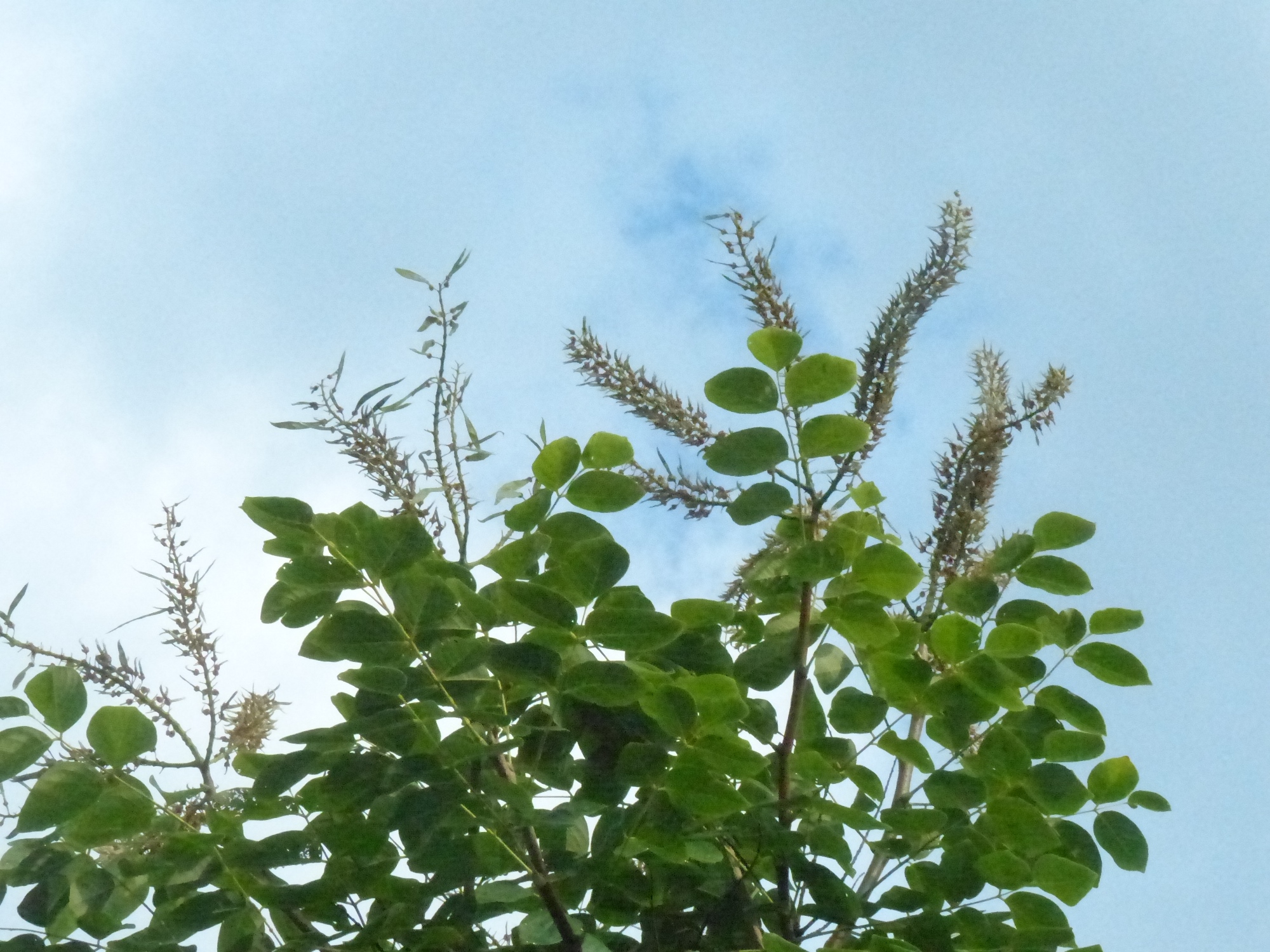 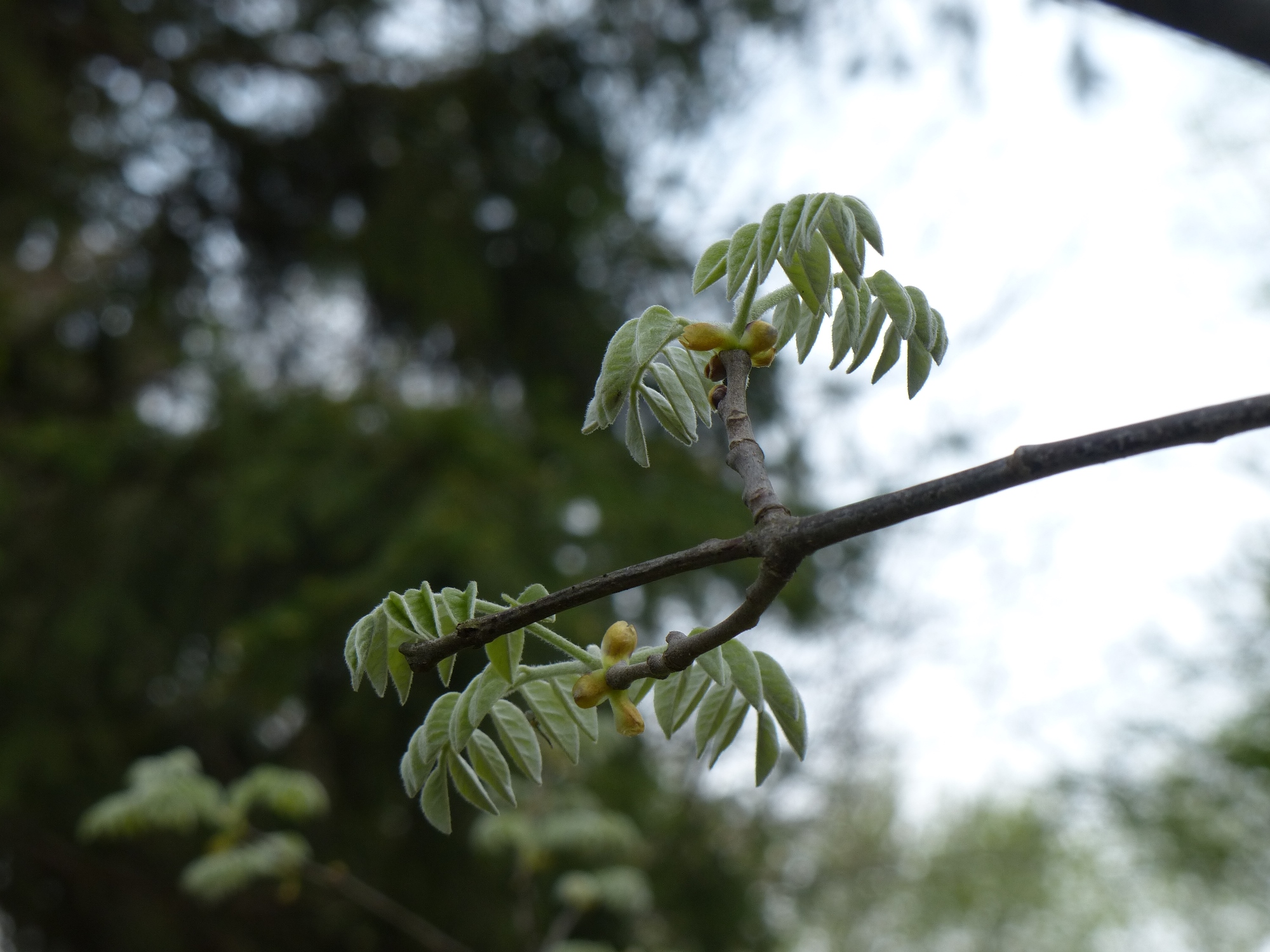 Note on Names: Remember: The first Question of Plant Problem Diagnostics is “What Is The Plant?”. Amur maackia (Maackia amurensis) is a small to medium-sized tree, recommended for example in Chicago as an urban street tree. It is adapted to a wide range of soils, including the ChatScape. Wikipedia notes that it was named for:

“Karlovich Maack (Richard Maack), a 19th-century Siberian explorer who discovered the tree in the Amur River region on the Siberian Chinese border.”