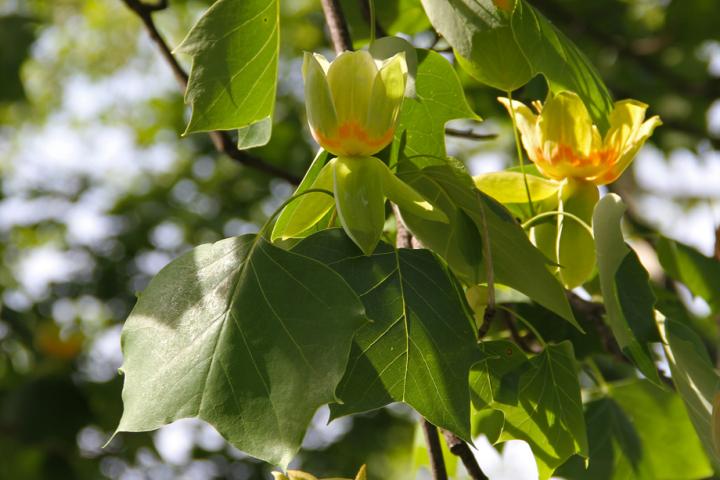 Our 80-year old plus parents have a gorgeous huge tulip poplar. Earlier it was full of blossoms. Squirrels have nipped most of them off.  They believed this is the first year that this is happened. Wondering if there is a reason/explanation for this?

I do not know the answer, but one possibility is that this is due to the large amount of nectar produced by tuliptree (another name for tulip poplar) flowers. If so, their behavior is not so squirrely, after all.

Ron was referring to the “Tupelo Honey” 1971 song and album by the great Irish singer-songwriter Van Morrison (“Wild Night” was also on the album). As noted on Wikipedia: “the namesake for the album and its title track is a varietal honey produced from the flowers of the tupelo tree found in the Southeastern United States…The lyrics echo the domestic bliss portrayed on the album cover; they largely describe and celebrate the rural surroundings of Woodstock and Morrison's family life…”