Eastern Tent Caterpillars Coming Off Some Nests in S.W. Ohio 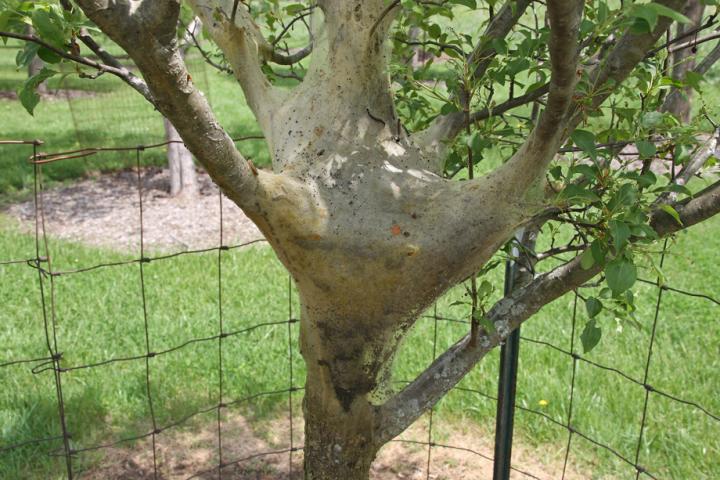 The pace of Eastern Tent Caterpillar (ETC) (Malacosoma americanum) development varies widely in southwest Ohio.  However, some caterpillars have reached their final instar stage and are abandoning their highly visible silk nests located in branch forks to go on a crawl-about in search of pupation sites.  Their abandoned nests will remain evident throughout much of the early summer as they gradually disintegrate.

The caterpillars are covered in short, grayish-white hairs, and they have a distinct, unbroken white stripe down their backs.  ETC prefers to feed on trees in the family Rosaceae, particularly those in the genus Prunus, such as cherries.  However, once the caterpillars commence their crawl-abouts, they may appear on a wide variety of plants.  Fortunately, they do little or no feeding so damage is inconsequential.

Of course, active nests can continue to be found and a close examination may reveal an important ETC natural control agent.  While photographing some active ETC nests earlier this week, I was amazed at how many of the caterpillars were dangling upside-down from the base of the nests.  Some were dead while others were dying; a sure sign the caterpillars were infected with an insect-killing pathogen (entomopathogenic).  Other natural controls of this native insect include predators and parasitoids.  The good-guys often win out in the end! 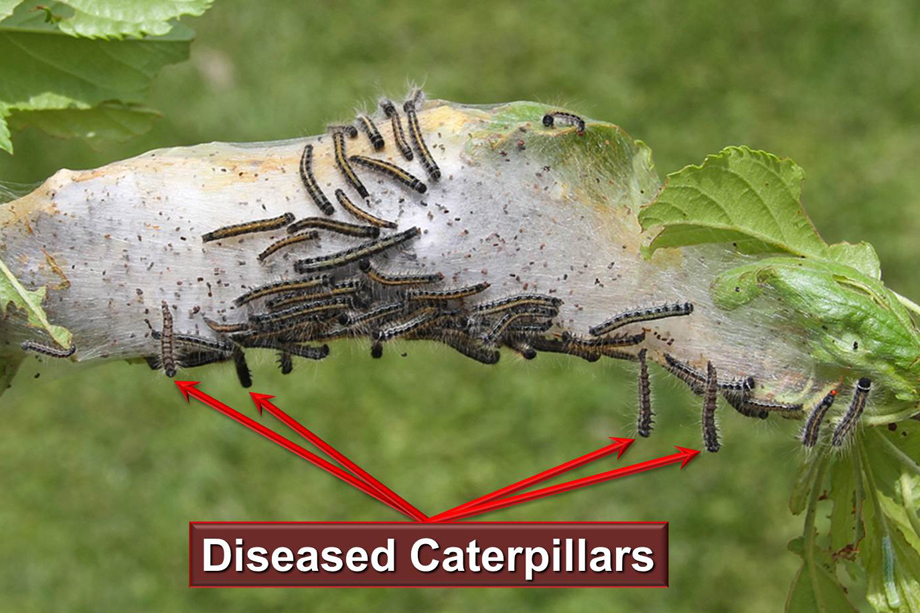