Authors
Thomas deHaas
Published on
May 31, 2022 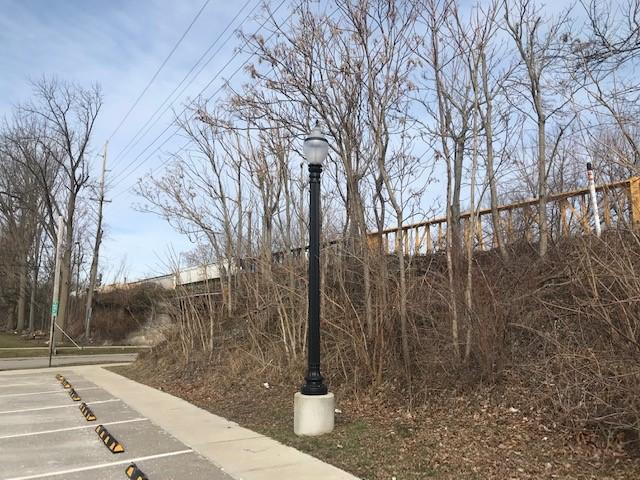 Spotted Lanternfly nymphs have begun the hatch from an infestation that was discovered last year in Amherst, Ohio. 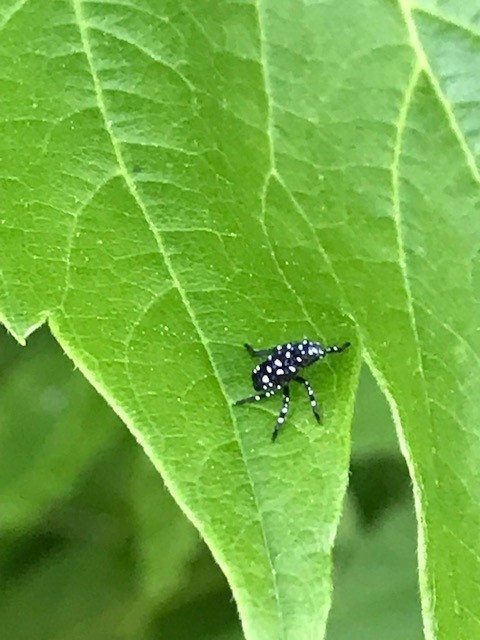 On Thursday, May 24th,2022, while scouting for SLF, I discovered that what appears to be first instar nymphs have emerged.

I observed nymphs on the upper portion of leaves of Boxelder. 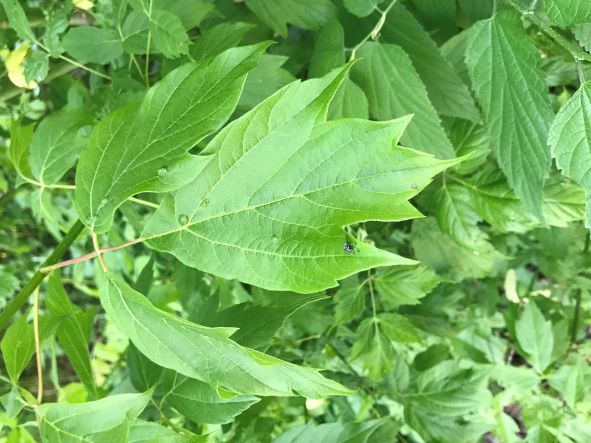 They were on the leaves and stems.

A trap was set up by ODA Inspector Fred Meyer. 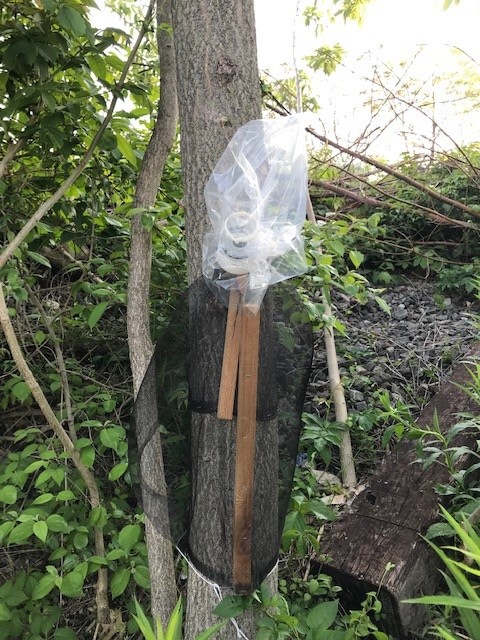 One nymph found its way into the trap. 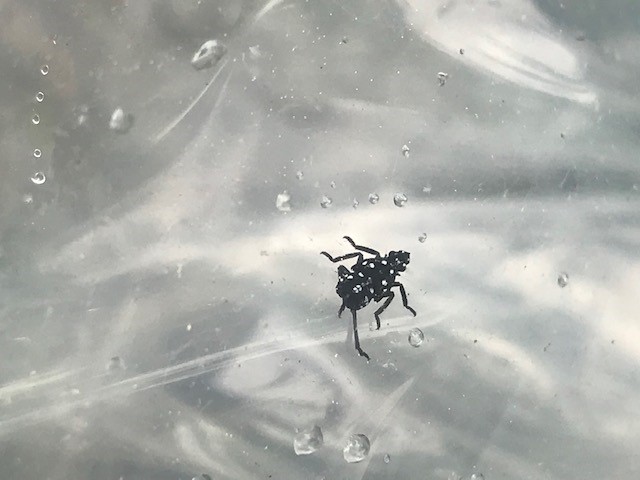 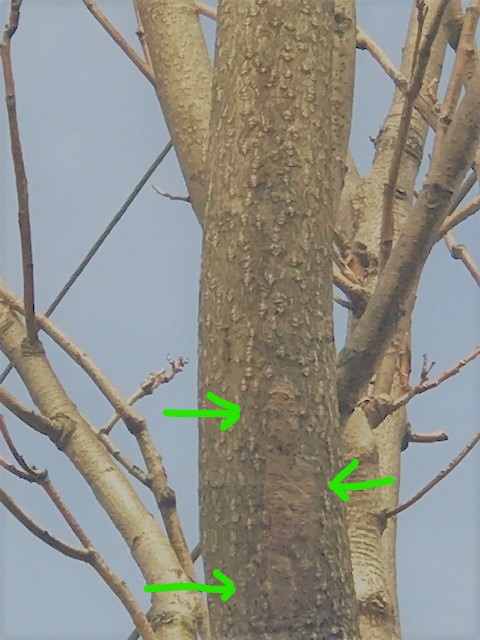 We have reached enough growing degree days for nymphs to hatch.

The nymphs are tiny, so keep your eyes open!