Look Before You Sit: Particularly if You’re Wearing White Pants 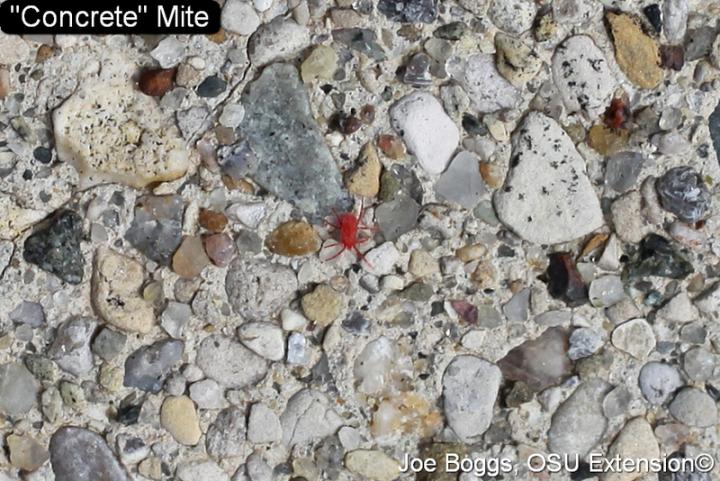 Over the past few days, I’ve received several e-mails about the backsides of pants being stained with red dots after people have sat on concrete park benches or other concrete surfaces.  A few messages referenced benches made of wood or recycled plastic.

The culprits behind the red-dotted behinds are so-called “concrete mites.”  They make an annual appearance each spring in Ohio meaning we need to be looking before we sit. 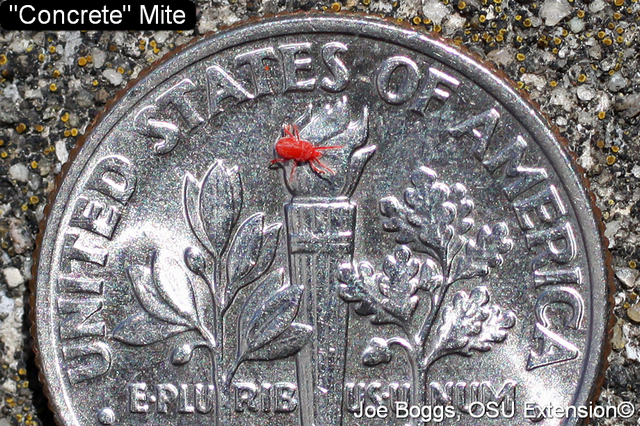 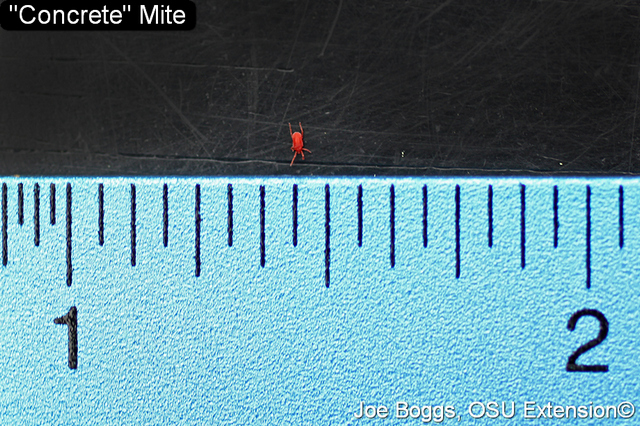 These tiny, fast-moving bright red mites scurry around on sunny surfaces such as on picnic tables, patios, sidewalks, concrete retaining walls, and on the outside walls of homes and buildings.  They belong to the genus Balaustium (family Erythraeidae) and are commonly called concrete mites owing to the locations where they tend to congregate. 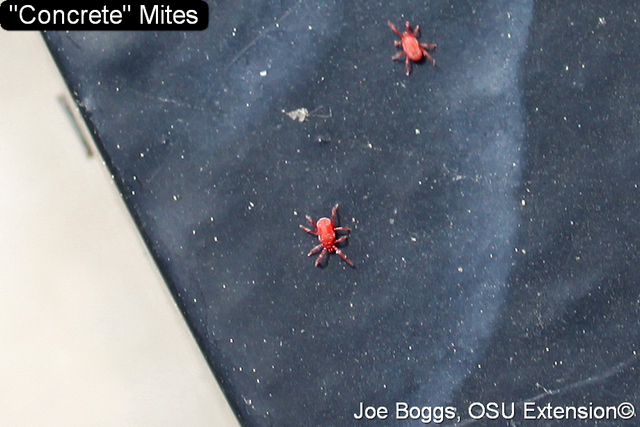 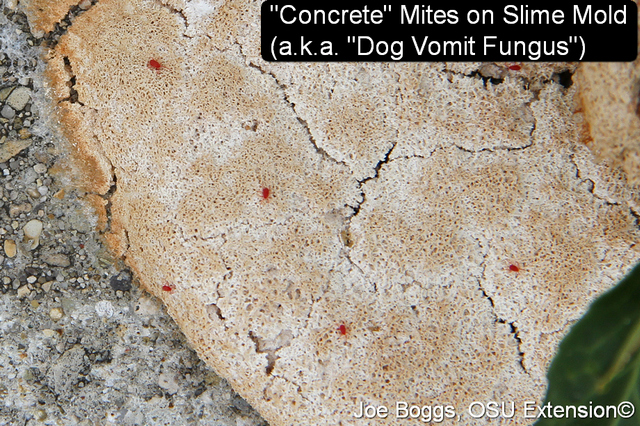 Concrete mites are predaceous and eat other mites as well as small insects.  They are also capable of supplementing their meat diet with pollen.  Research has revealed that the mites often start the season as pollen-feeders and switch to a meat diet later in the season as more prey becomes available. 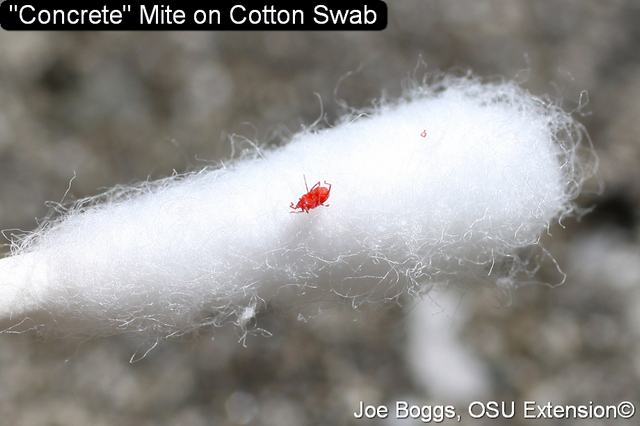 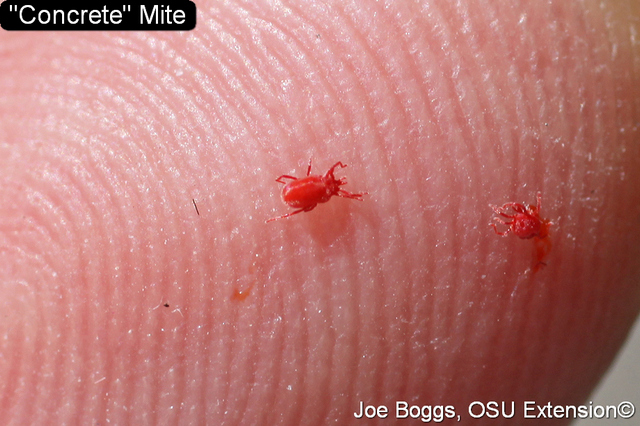 Do not confuse Red Grasshopper Mites (Trombidium holosericeum, family Trombidiidae) for concrete mites.  This predaceous solitary mite is one of the largest-sized mites found in the U.S.  They are sometimes called "red velvet mites" because of the fine, soft hairs covering their bright red body, making them look like they're covered in velvet. 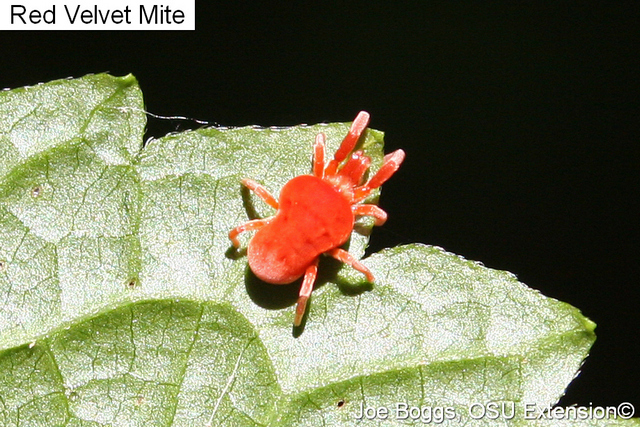 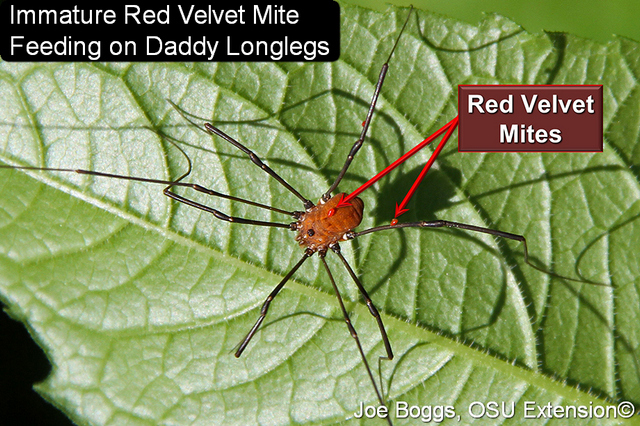