Another Interesting Oak Gall: the Roly-Poly 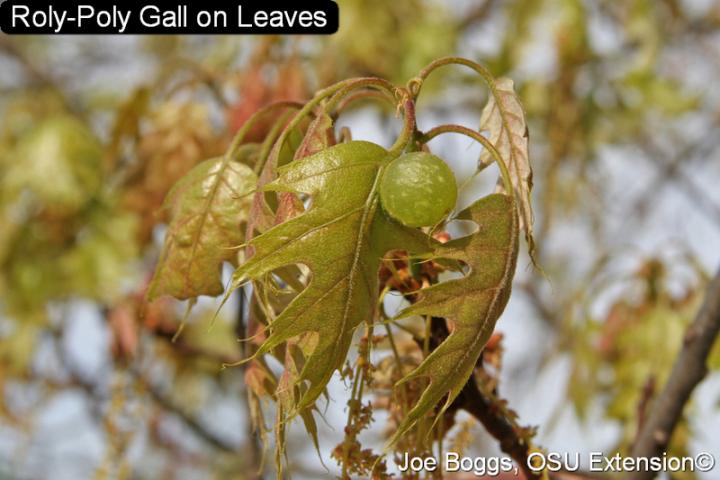 One of the most unusual galls found on oaks is the light green, sometimes speckled, ball-like Roly-Poly Galls produced under the direction of the gall wasp, Dryocosmus quercuspalustris (family Cynipidae).  The specific epithet reveals one of the most common hosts of this gall-making wasp:  Quercus palustris is the scientific name for Swamp Spanish Oak (a.k.a. Pin Oak) with palustris being Latin for “swampy” or “marshy.” 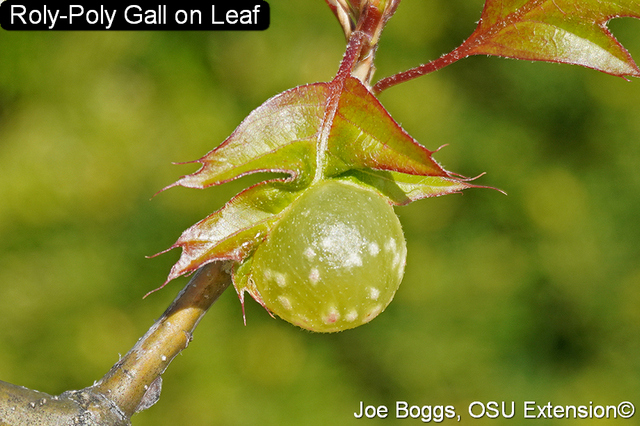 However, the gall-wasp has a much wider gall-making palette including many members of the red oak group.  The galls may also be found rising from both leaves and catkins.  This is a bit unusual for gall-making arthropods with most targeting specific plant structures. 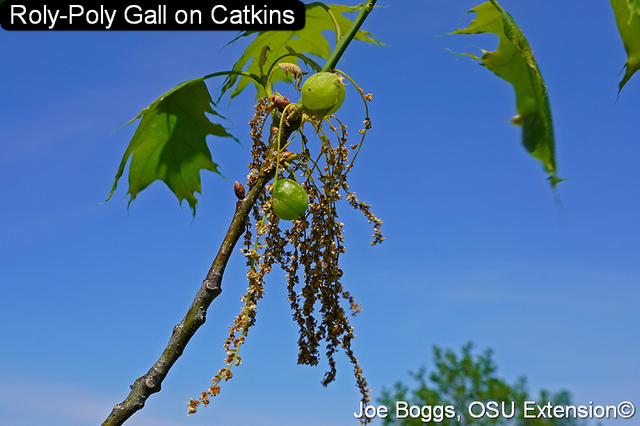 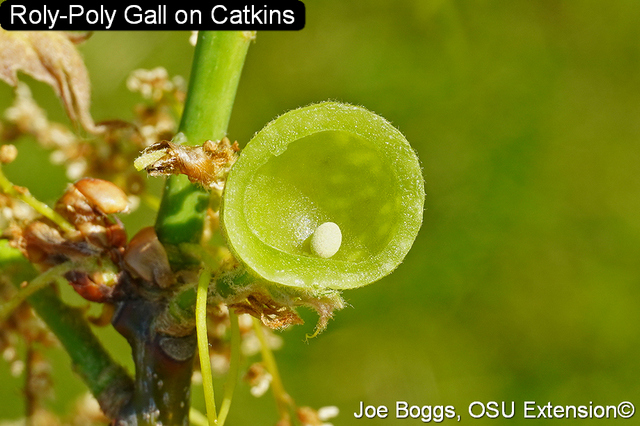 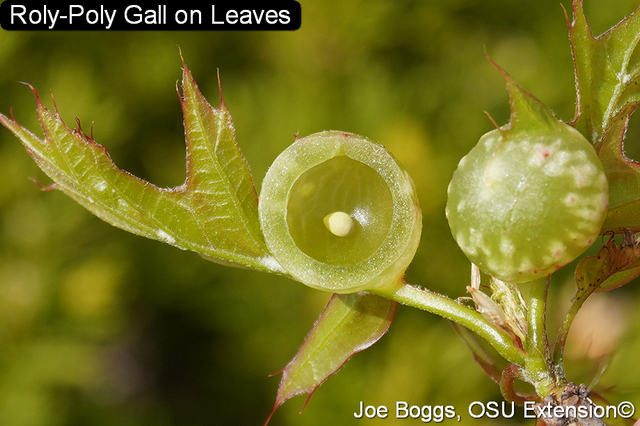 An alternate common name sometimes used for the galls is the much less descriptive Succulent Oak Gall.  Although I’ve never found a reference explaining this name, I believe it refers to the fleshy walls surrounding the roly-poly structure like the flesh of a cantaloupe. 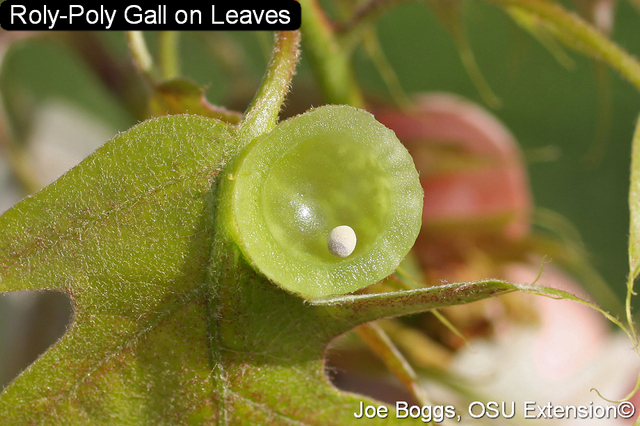 Plant galls provide both a home and food for the developing gall-maker.  But they don’t always protect the developing wasp as illustrated by the images below.  When I saw the hole in the succulent gall-wall, I thought it was an adult emergence hole.  However, cutting the gall open revealed a concavity around the hole.  A reasonable interpretation is the wasp larva became a bird meat snack; a fate not shared by its neighbor. 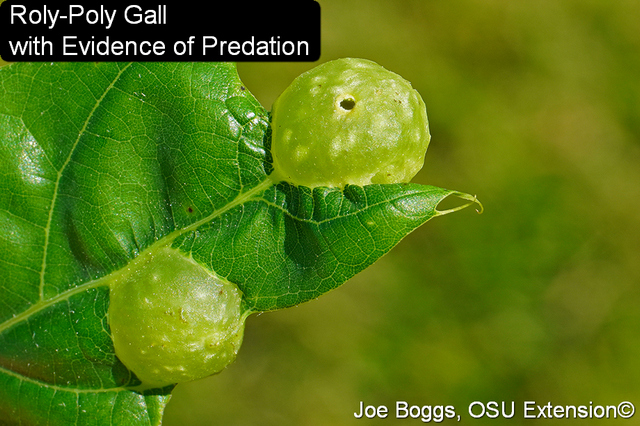 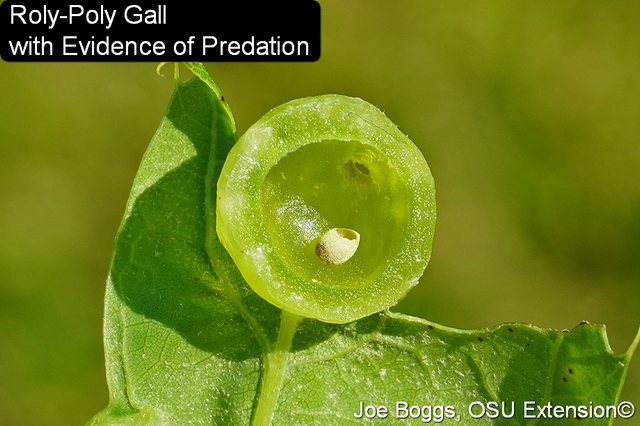 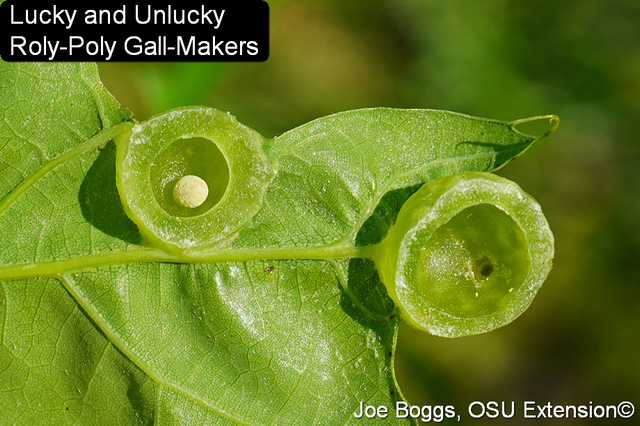