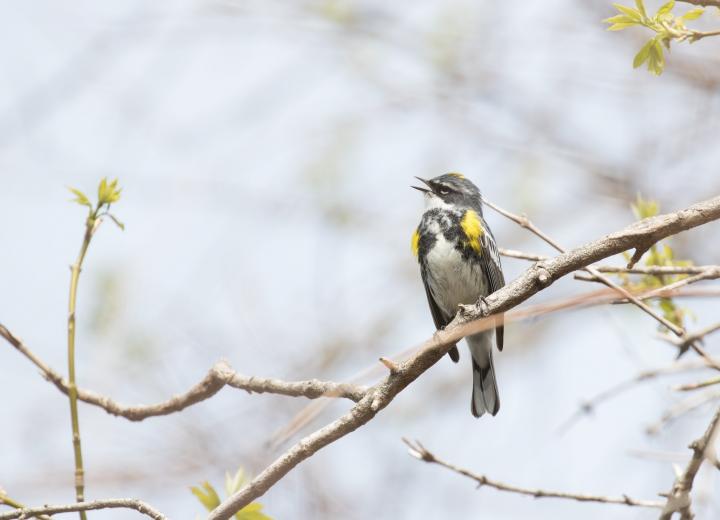 The Biggest Week in American Birding is May 6 - 15, 2022. The event is organized and hosted by the Black Swamp Bird Observatory (BSBO) and attracts birders from Ohio, across the United States, and many international visitors too! It takes place in northwest Ohio, or what is commonly called "The Warbler Capital of the World." Information shared in this alert was provided by the BSBO.

Northwest Ohio in May is quite simply the best place to witness spring songbird migration in North America. The southern edge of Lake Erie acts as a barrier that the birds are reluctant to cross during migration. The birds tend to “pile up” in the woodlots surrounded by marshland on the lake’s southern edge to rest and refuel before crossing the lake. The timing of their arrival is early enough in the spring that the trees have not leafed out, there are no bugs, and the birds are incredible low and accessible. No such thing as “warbler neck” around here! We get HUGE numbers of birds, much like a fallout, only better! Fallouts occur when a weather event pushes birds down, and what birders find are weary survivors. Here in NW Ohio, we get the same huge numbers of birds as you’d see in a fallout, but the birds are active and vibrant, and by the time they get to this latitude, the males are actively singing!

A bird list is provided for the area with likely species during this time. Check out the list at: https://www.bsbo.org/regional-bird-checklist.html. But in short, you should expect to see at least 20 warbler species every day, along with masses of thrushes, vireos, flycatchers, orioles, and other migrants in the woods, plus shorebirds and other in more open areas.

Must sees include Magee Marsh Boardwalk for warblers and other songbird migrants; Maumee Bay State Park for waterbirds and their boardwalk for songbirds; Ottawa National Wildlife Refuge for warblers, shorebirds, and waterbirds; Black Swamp Bird Observatory for American Woodcocks and migrants visiting the water feature outside the window on wildlife; Metzger Marsh for waterbirds and migrant songbirds; and Oak Openings for woodland species.

With that said, my office is at the Toledo Botanical Garden and in recent days has been a hot spot to see some of our feathered friends during their migration.

Most events require the general festival registration which provides you with a festival name badge. The guided Magee Marsh Boardwalk bird walks do not require specific registration for each walk, but you do need to be register for the festival to participate.

Did not register this year, there are plenty of bird viewing opportunities beyond what is scheduled as part of this year's festival. Be sure to check out the website for the latest and greatest information: https://www.biggestweekinamericanbirding.com/