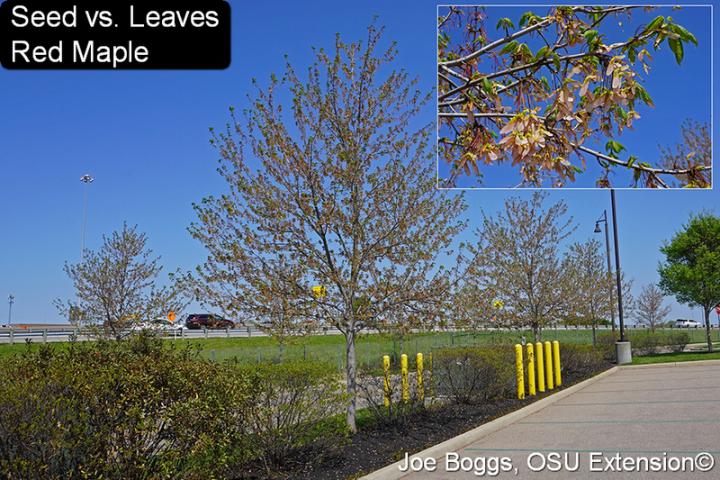 BYGLers located throughout Ohio are reporting heavy maple seed (samara) production.  This can temporarily cause maples to have stunted leaves or no leaves, particularly towards the top of seedy trees.  Consequently, the thin canopies can cause landowners to ask, “what’s wrong with my maple trees?” 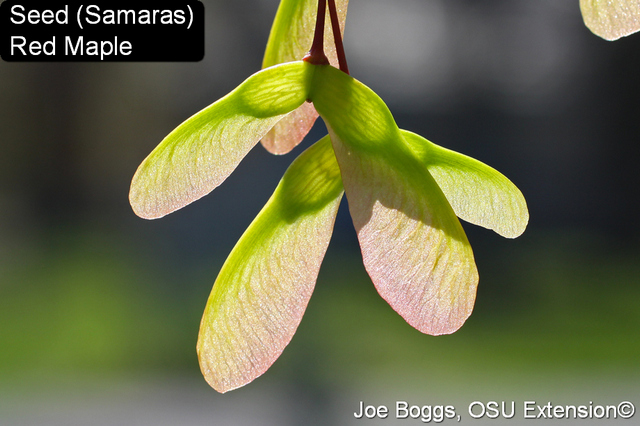 Of course, sometimes a thinning tree canopy is a symptom of a serious tree health issue such as poor site conditions, stem-girdling roots, vascular wilt diseases, etc.  However, it’s unlikely one or more of these tree health issues have become so common across Ohio they are producing a widespread maple malaise throughout the state this spring.

It’s more likely the common condition of thin maple canopies is a condition common to maples.  It’s common for maples to shift energy to support heavy seed production at the expense of leaf development and expansion. 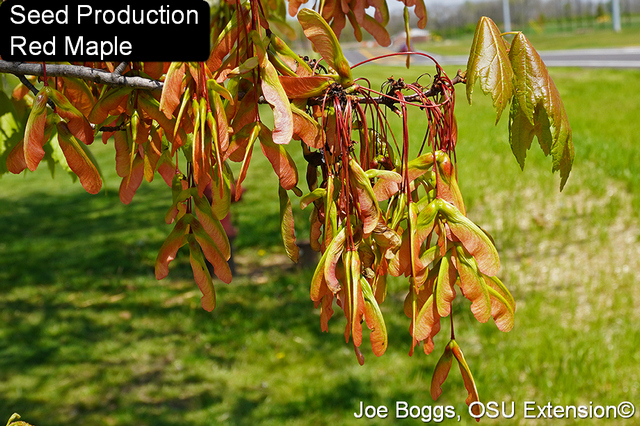 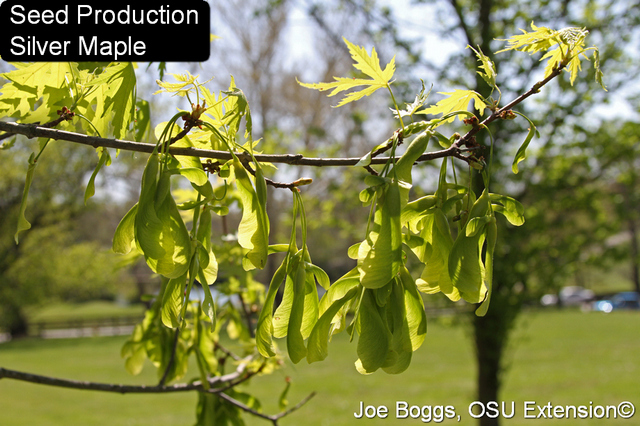 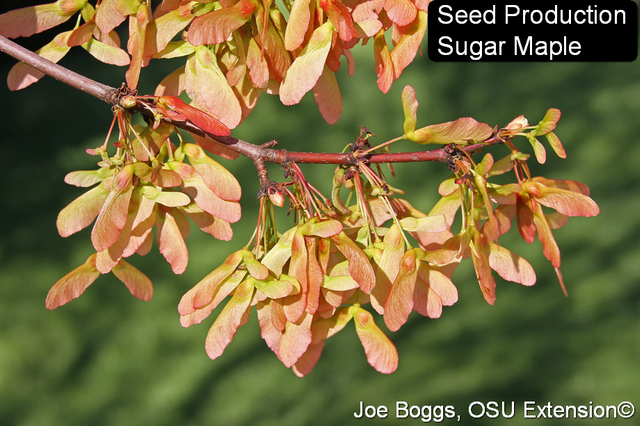 The leaves take time to fully expand which masks the winged seeds after the samaras mature.  Thus, abundant springtime samaras by themselves can draw attention to maple trees before they are concealed by fully expanded leaves 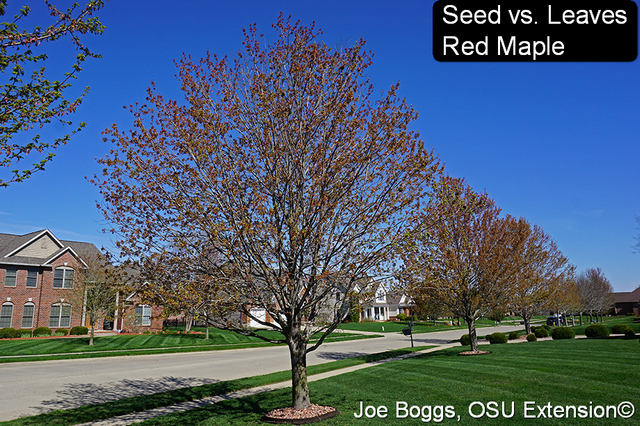 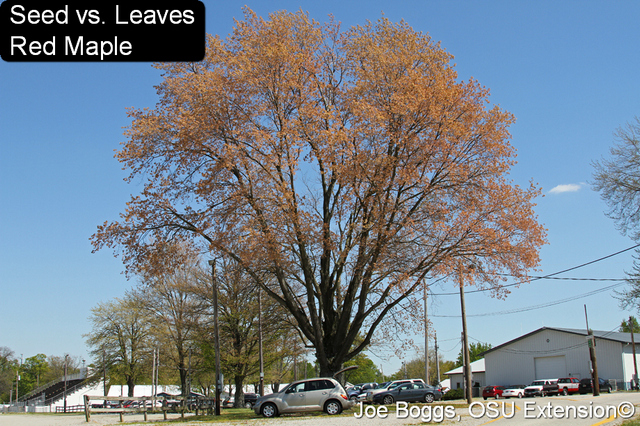 Exactly when this occurs depends on the maple species.  The timing for seed production varies widely between the dominant maple species in Ohio.  Red maples (A. rubrum) are the first to bloom closely followed by silver maples (A. saccharinum).  Sugar maples (A. saccharum) are the last to bloom.  Thus, red, and silver maples are the first to appear sickly during the transition from samaras to leaves followed by sugar maples.  Of course, the chronology can become mixed owing to the mixed genes found in hybrids. 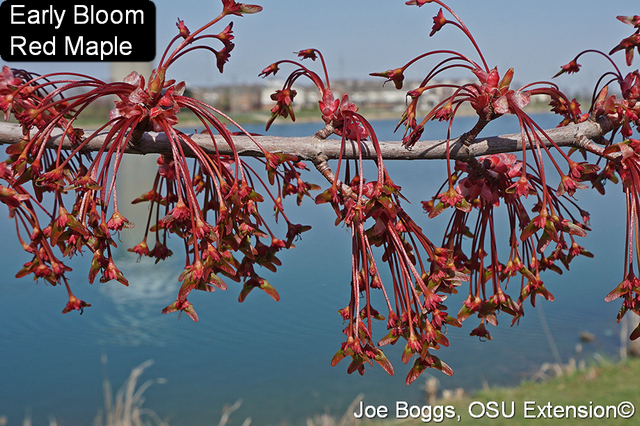 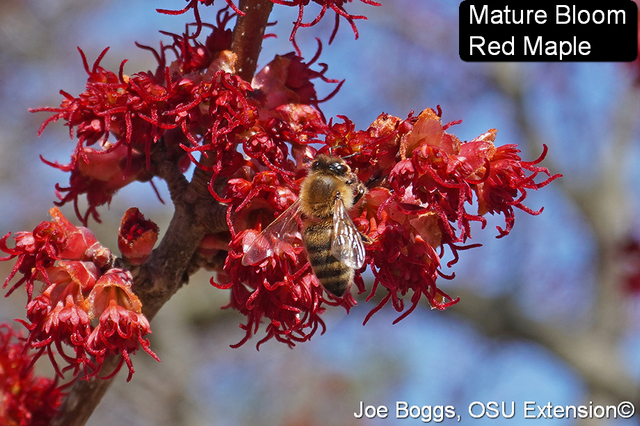 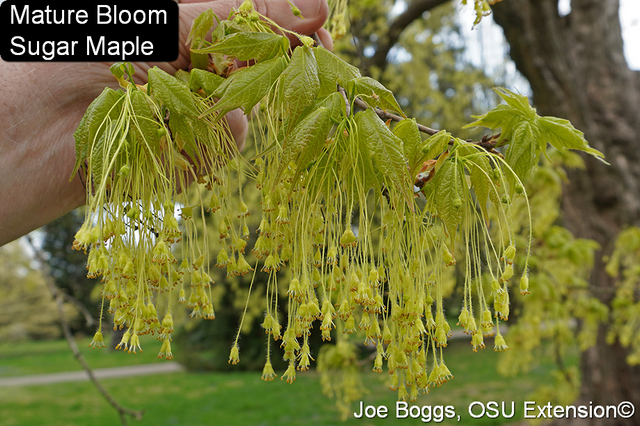 Heavy maple seed production is a natural event securing the survival of the species as demonstrated by hordes of maple seedlings eventually appearing in landscapes, vegetable gardens, and gutters.  However, the exact reason(s) some maples produce huge numbers of seeds one year and few the next has been the subject of much speculation. 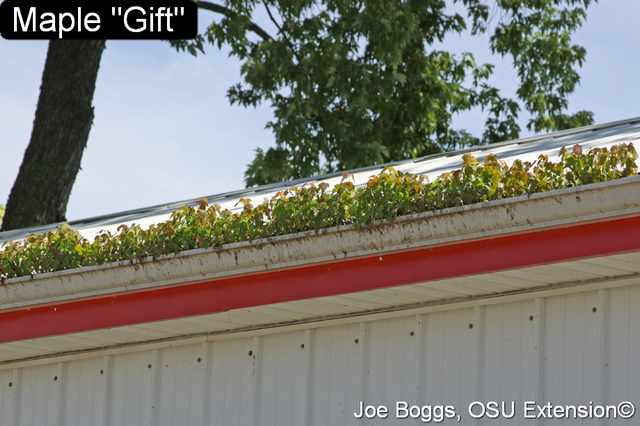 It was once believed that prolific tree seed/fruit production is connected to tree stress.  The theory was that heavy seed production occurred on stressed or dying trees as a last hurrah in support of the species.  However, research has failed to provide consistent support for this speculative conjecture.  For example, a study published in 2017 in the Canadian Journal of Forest Research found no evidence that stress associated with drought over previous seasons influenced seed production in sugar maples.

Another hypothesis emerged several years ago that maples are a bit like rabbits.  They are by nature heavy seed producers, but their effusive reproductive efforts are occasionally thwarted by freezing temperatures killing the flowers or nascent seed.  This explanation carries some weight given that observations across Ohio in past years support a reduction in seed loads after spring freezes damaged vulnerable flowers or seeds. 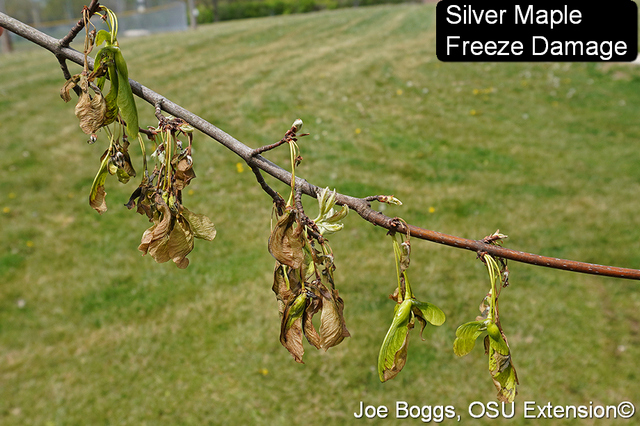 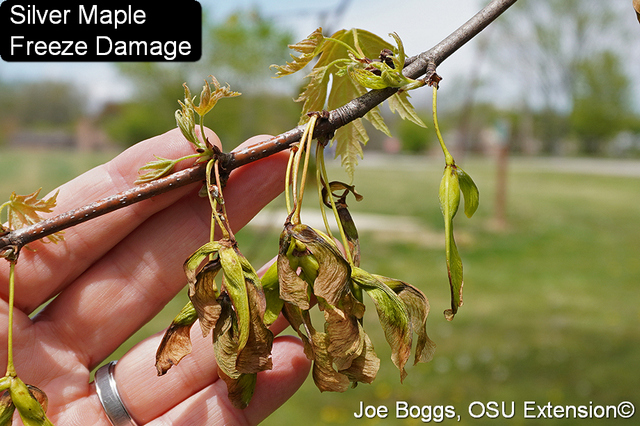 However, research has shown that another important variable must also be considered.  As with oaks, sugar maples exhibit synchronous seed "masting" in which all trees in a population produce heavy seed in certain years.  It is thought synchronous flowering by wind-pollinated trees enhances the success of pollen finding its way to receptive flowers.  Also, heavy seed production can overwhelm seed predators which enhances successful maple stand regeneration. 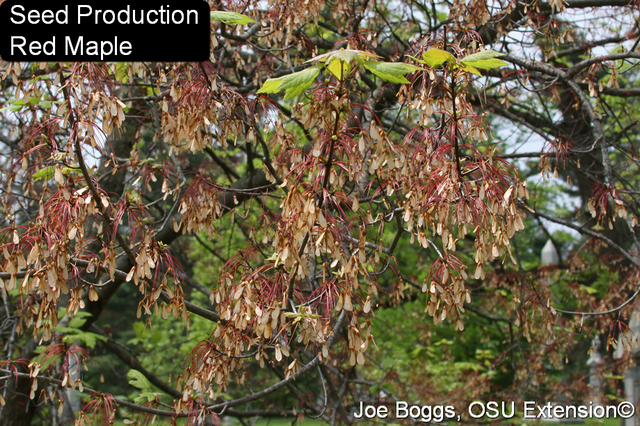 Thus, heavy seed production may occur with the convergence of two events:  a heavy “masting” year for the maple trees coupled with the lack of a killer freeze.  It appears that maples in many areas of Ohio dodged the frozen bullet that put the kibosh on beautiful magnolia bloom displays.

The bottom line is that “temporary” is the operative word relative to the impact that heavy maple seed production can have on tree aesthetics.  As shown in the image below, seedy maples will eventually recover. 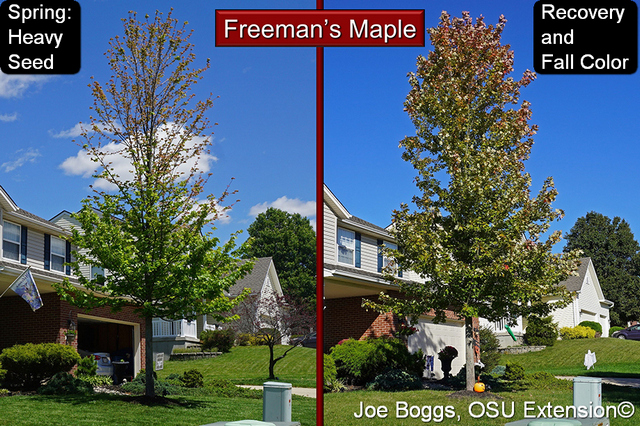