Woolly Bears and the Winter's Tale 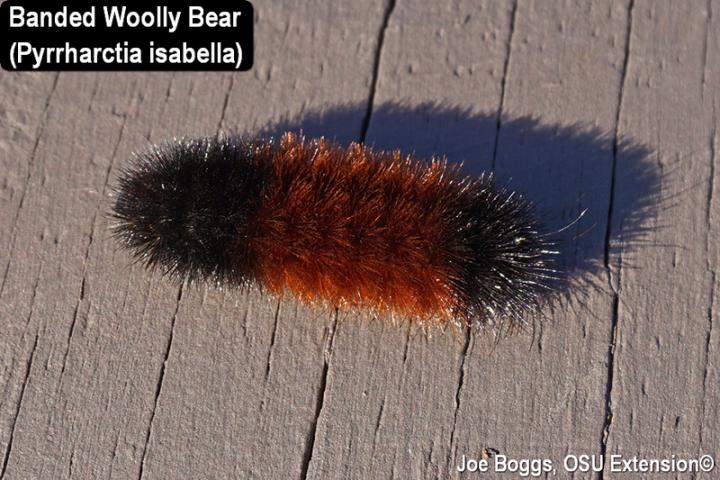 Popular folklore holds that bristly "woolly bear" caterpillars are like the Oracle of Delphi for predicting winter weather.  Of course, this is a myth, but it’s still a good story.

Woolly bears (woolly worms in the south) are the caterpillar stage of medium-sized moths known as tiger moths (family Erebidae; subfamily Arctiinae).  The caterpillars are so-named because of their short, stiff bristles.  The sharp-pointed bristles serve to defend the caterpillars.  However, they are not stinging hairs; they do not inject venom.  Still, some people suffer severe localized reactions if the hairs penetrate their skin. 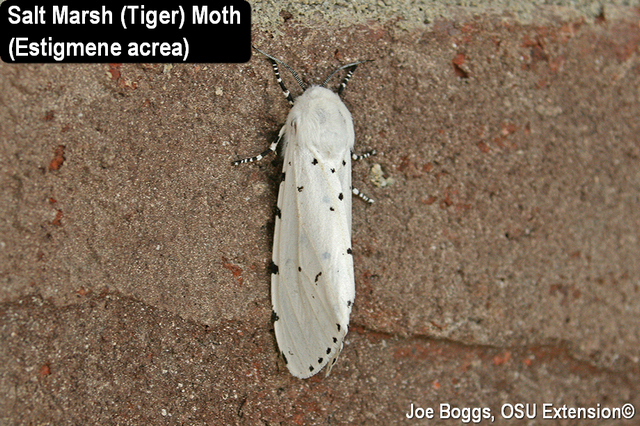 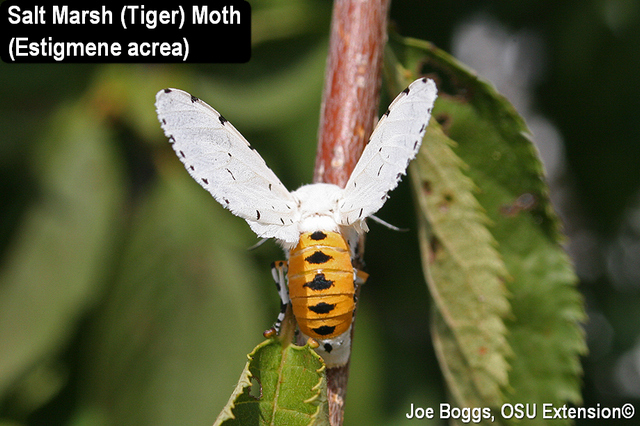 Woolly bears will roll themselves into a tight ball when disturbed to bring to bear their defensive bristles.  Their resemblance to hedgehogs is referenced by the alternate common name "hedgehog caterpillars."  You may see this defense posture in response to various wasps such as yellowjackets (family Vespidae) that attack and feed on caterpillars. 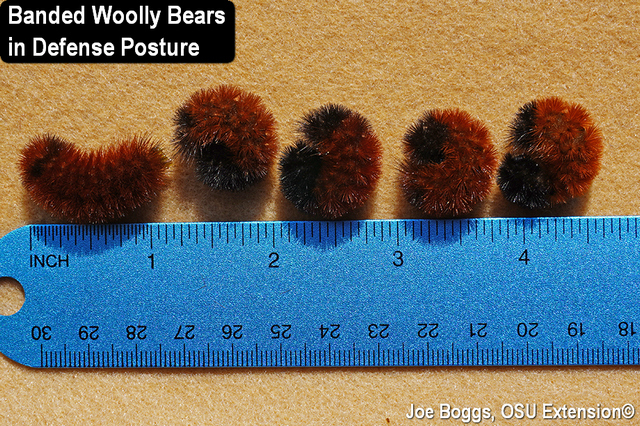 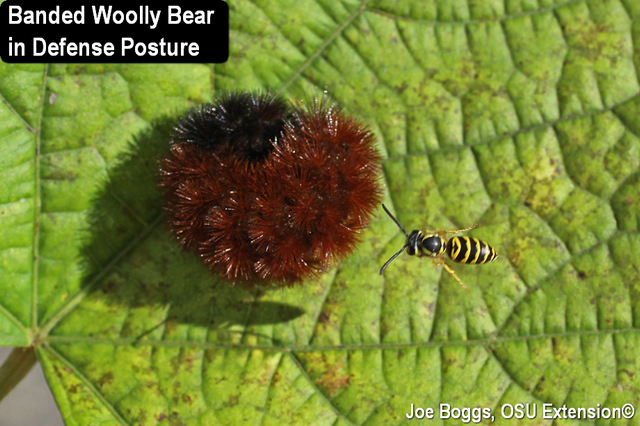 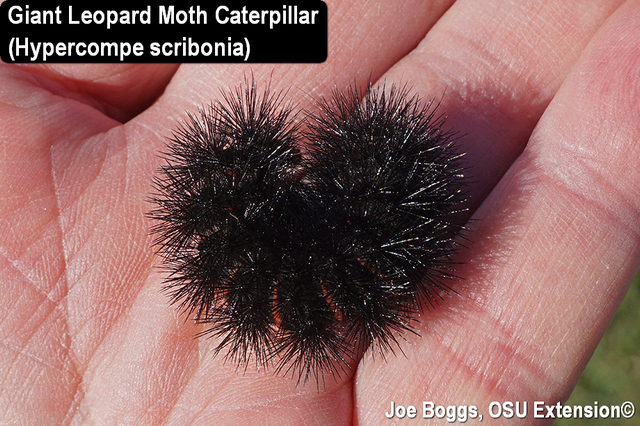 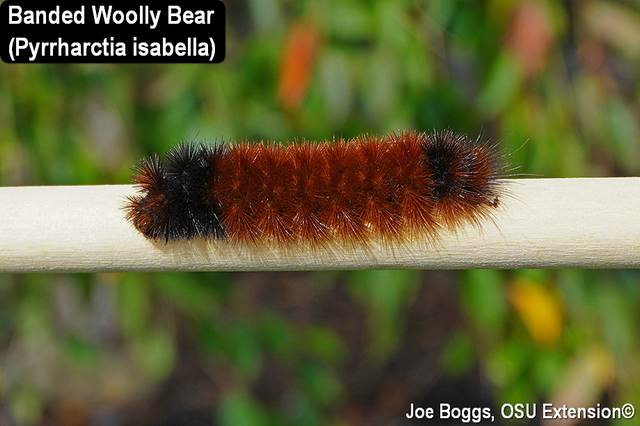 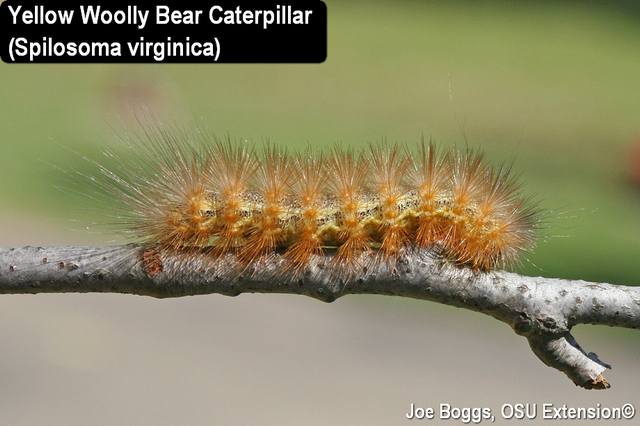 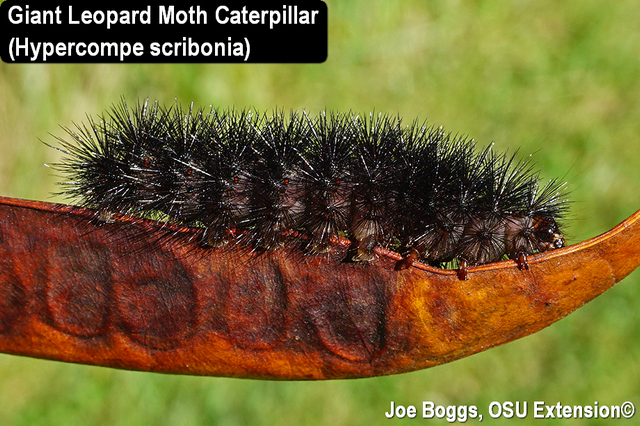 The caterpillars of all four species may be found feeding on a wide range of plants including some field crops.  In fact, crop harvests commonly produce an early flush of caterpillars crawling across nearby roads.

All four species of moths have two generations per season in Ohio with the largest number of caterpillars occurring in the second generation.  This is one reason we typically see more caterpillars in the fall.  The other reason is their mass fall crawl-abouts.  Large numbers of caterpillars may be seen shuffling along on their stiff thoracic legs and fleshy prolegs in search of protected winter quarters. 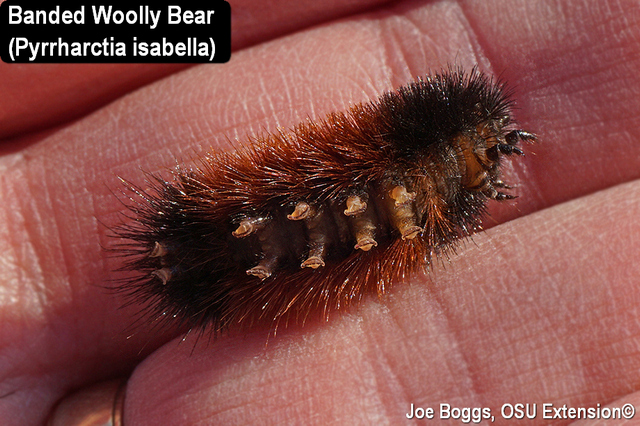 Research conducted by Jack Layne, Department of Biology, Slippery Rock University, revealed that the woolly bear caterpillars of the Isabella tiger moth and the giant leopard moth produce antifreeze-like chemicals, collectively known as "cryoprotectants," to prepare themselves for winter.  The cryoprotectants prevent sharp-pointed ice crystals from forming inside their bodies which would puncture cell membranes.

The banded woolly bear (P. isabella) is the species most often referenced as the "official" predictor of winter weather for obvious reasons; it's banded.  Giant leopard moth caterpillars are completely black which provides a good excuse to spend the winter in Florida. 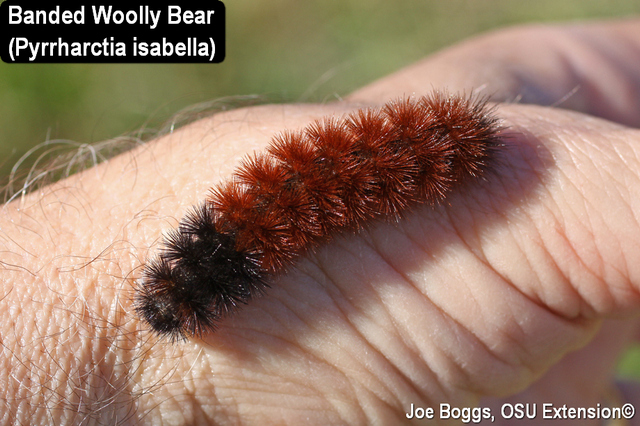 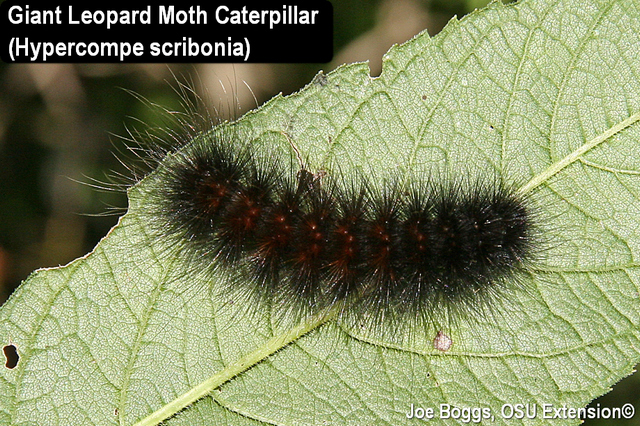 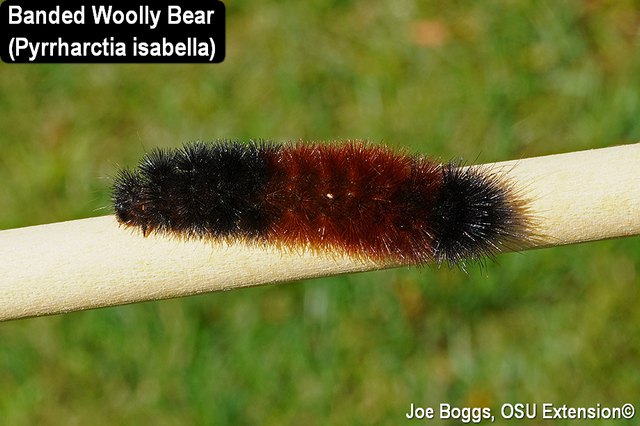 The folklore that banded woolly bear caterpillars can predict winter weather dates back to the American colonial days.  However, we can thank Dr. Charles Howard Curran for giving credibility to this myth; perhaps inadvertently.

Curran was a noted entomologist who served as Curator of Insects and Spiders for the American Museum of Natural History (AMNH) in New York City (NYC) until his retirement in 1960.  On October 27, 1948, Curran and fellow AMNH entomologist Mont Cazier, along with their wives, traveled to (Woolly?) Bear Mountain State Park about 40 miles north of NYC.  They collected 15 banded woolly bear caterpillars and dutifully measured the lengths of the black end bands and rusty brown middle bands.

Curran was a respected scientist who published widely in scientific journals, most often on Diptera.  There remains much debate as to whether or not this expedition was a serious attempt to test the theory wrapped in folklore that the caterpillar bands predict winter weather.

Instead of producing a scientific paper to be perused and parsed by his entomology colleagues, Curran's "survey results" predicting the winter weather for 1948 were announced by news reporter John O'Reilly on the front page of the October 28, 1948, issue of the New York Herald Tribune.  The caterpillars predicted a mild winter … which turned out to be correct. 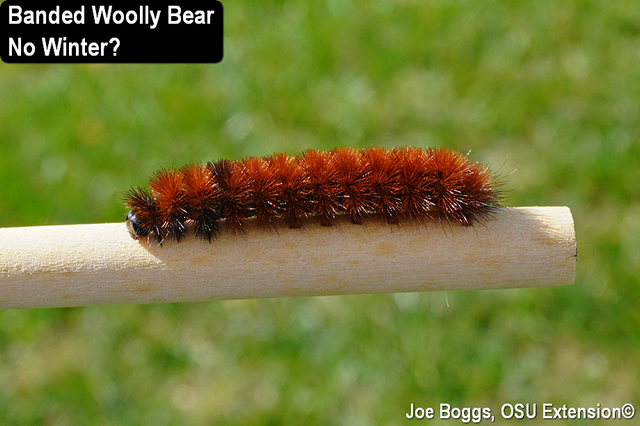 Of course, this produced a demand by the Tribune readers for an annual winter weather prediction by Curran's caterpillars which continued for seven more years.  I couldn't find information on how often the caterpillar prediction was correct.  However, I found several reports that Curran recognized his sample size was always too small to be of any scientific value.  One may assume he may have simply used the caterpillars for their entertainment value.

More rigorous research has subsequently debunked the weather prognostication value of banded woolly bears.  The caterpillars commonly show high variability in their coloration based on their age, food sources, and moisture levels in the area where they develop.

You can see the variability in the image below.  These banded woolly bears were collected on the same date from around a building in southwest Ohio that is surrounded by landscape flower beds as well as nearby crop fields or fallow ground with a wide range of native and non-native vegetation.  It was not a scientific study, but no color form was excluded during the collection. 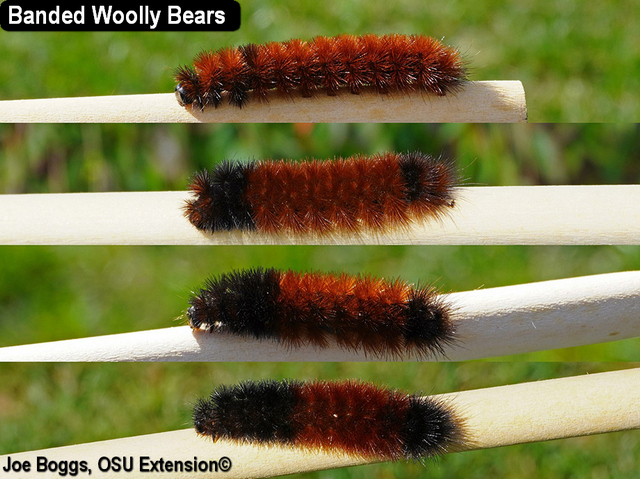 Of course, caterpillar coloration also varies between woolly bear species.  If weather prognosticators accidentally use the "yellow color-form" of the yellow woolly bear, they would assume there will be no winter.  Conversely, the all-black giant leopard moth caterpillars could create mass panic causing folklorists to flee to the south for the winter! 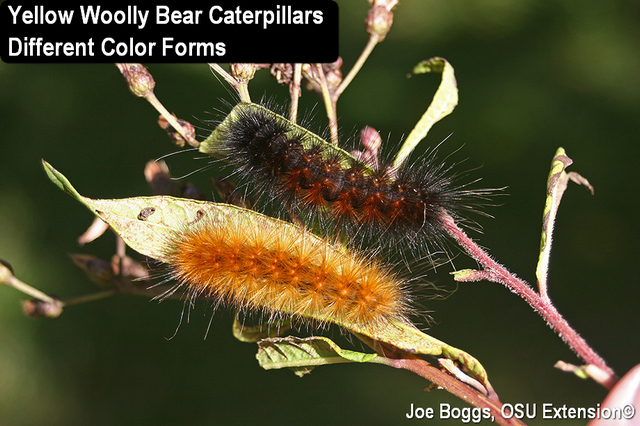 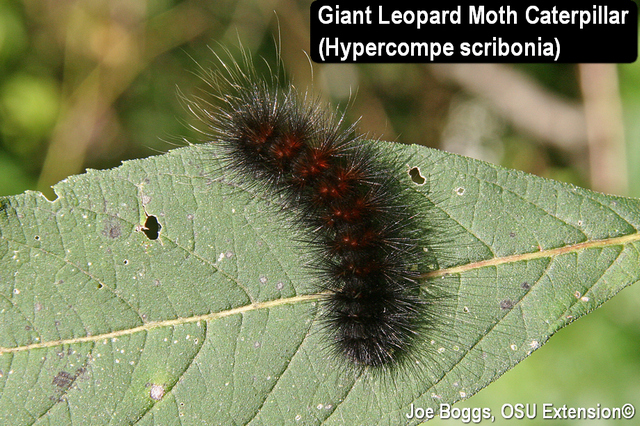