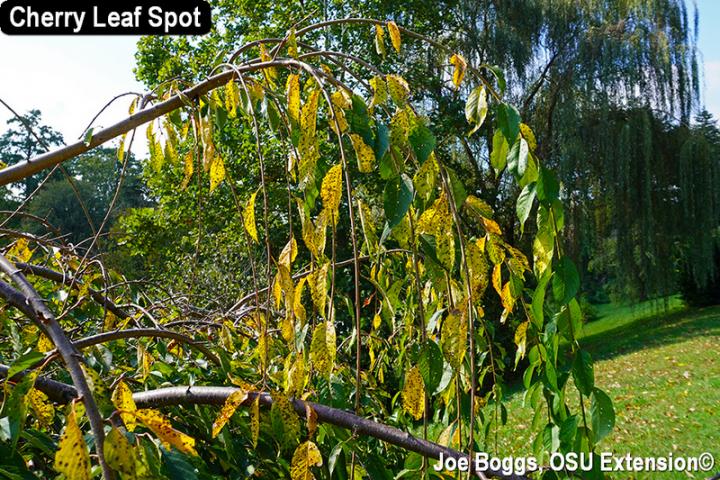 During our BYGL Zoom Inservice, Steve Foltz (Director of Horticulture, Cincinnati Zoo and Botanical Garden) showed images of weeping cherries in southwest Ohio that were completely or nearly completely defoliated.  They looked like ghost trees. 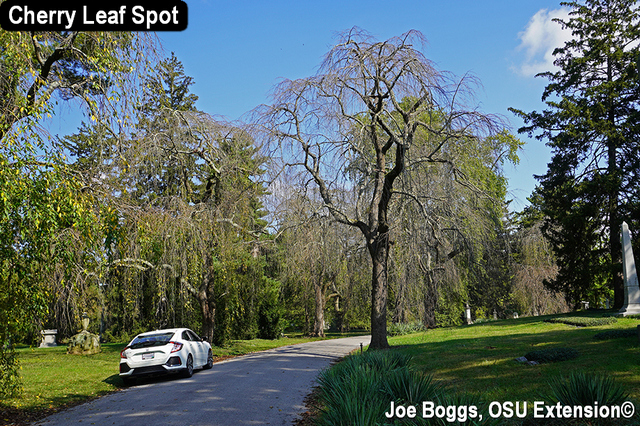 The defoliation is the parting shot of Cherry Leaf Spot caused by the fungus, Blumeriella jaapii.  The fungal pathogen was formerly known as Coccomyces hiemalis and the disease is sometimes called Coccomyces Leaf Spot in older literature.

Other common names for the disease are Yellow Leaf owing to the chlorosis that appears on heavily infected leaves and Shothole Disease derived from the holes that commonly appear in the leaves.  Both illustrate that disease symptom development is a dynamic process with symptoms changing over time. 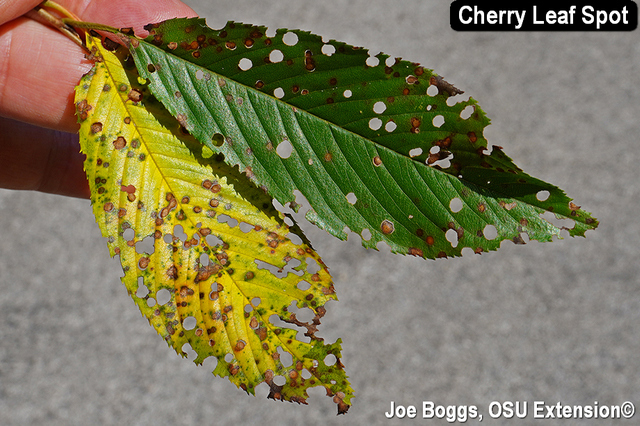 Holes in leaves are commonly associated with leaf-feeding insects.  However, the holes produced by the cherry leaf spot fungus provide a good example of symptom progression with symptoms changing in a somewhat predictable way over time.  The dead (necrotic) tissue produced by the cherry leaf spot fungal infections contracts as it dries out causing the necrotic tissue to separate and eventually drop from the leaves to produce holes.  This symptom progression isn’t confined to cherry leaf spot. 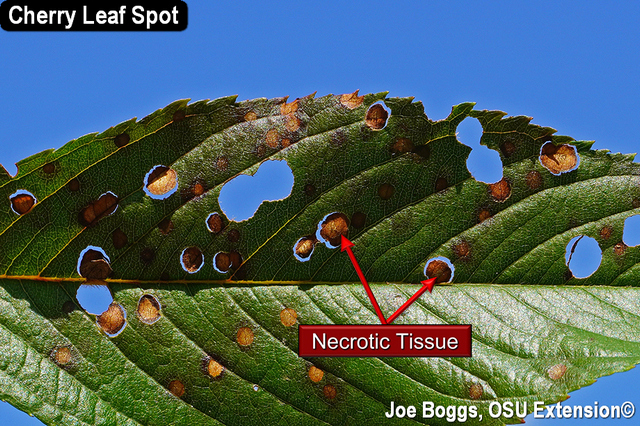 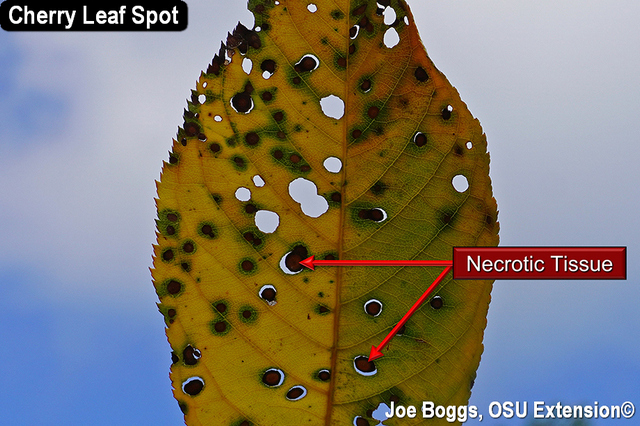 Cherry leaf spot can be devastating for orchardists in the Midwest with defoliation of sweet and sour cherries sometimes occurring in mid-summer.  Spray programs are required to avoid serious losses in production and to protect tree health.

However, the disease is mostly a curiosity on ornamental and woodland cherries.  The leafspots may develop early in the season, but leaf yellowing and leaf loss don’t occur until late in the season after the trees have produced and stored enough carbohydrates to support leaf production the following season.  Indeed, we’re close to the time of the year when we see normal fall leaf drop.

The fungus overwinters inside fallen infected leaves.  Although fungicide applications aren’t needed to protect the health of ornamental cherries, leaf infections next year can be reduced by raking and destroying leaves shed this season.