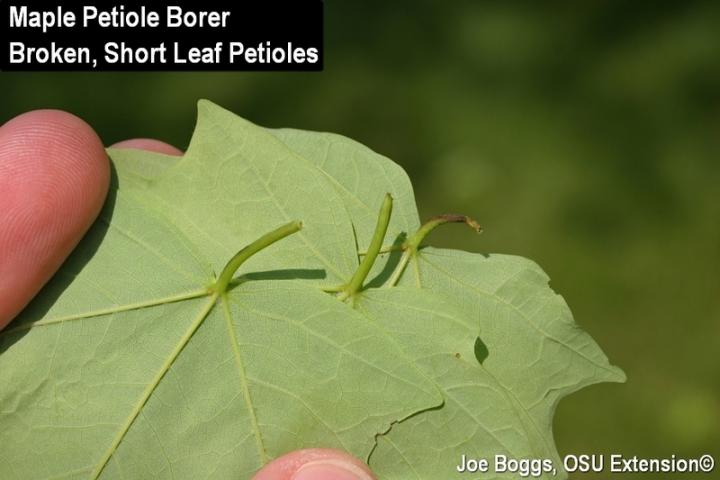 The annual leaf drop on sugar maples caused by the maple petiole borer (Caulocampus acericaulis) is underway in southwest Ohio.  Look closely at the fallen leaves for abnormally short petioles and examine the tree canopy for broken petioles that have remained attached.  This helps separate leaf drop from the petiole borer from loss due to high winds or maple anthracnose. 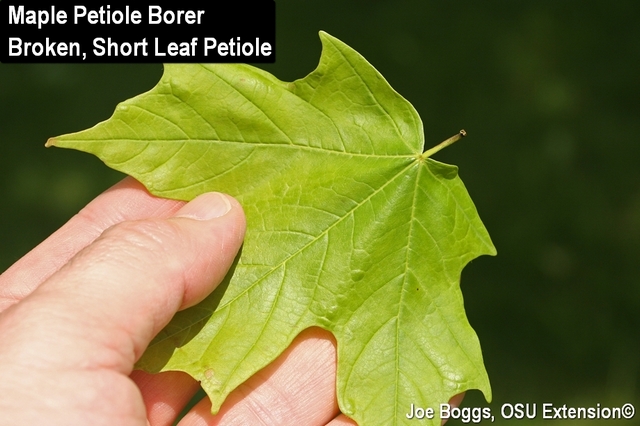 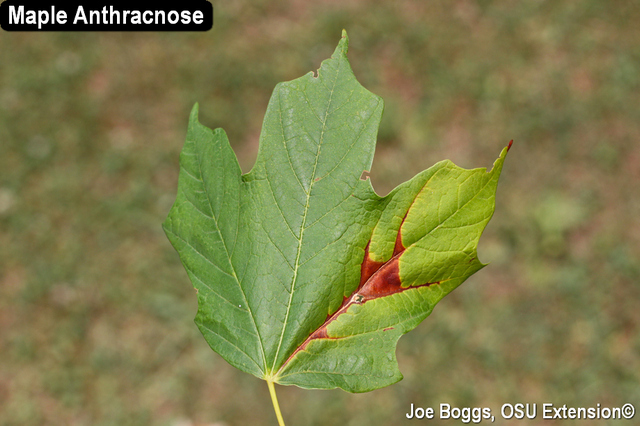 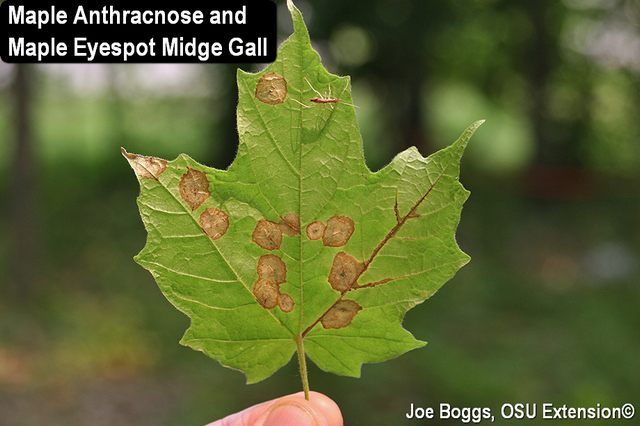 This non-native sawfly was introduced into the United States from Europe.  Although sugar maples are generally preferred, other maples may occasionally be infested.  Fortunately, while the leaf drop may appear dramatic, the actual impact on the overall health of affected trees is minimal, so controls are not necessary.

The sawfly spends the winter in the pupal stage buried 2 - 3" in the soil beneath the affected tree.  Adults emerge in the spring.  After mating, the females use their saw-like ovipositors to insert a single egg into the petiole near the leaf blade.  The resulting grub-like sawfly larva feeds by boring down the center of the petiole. 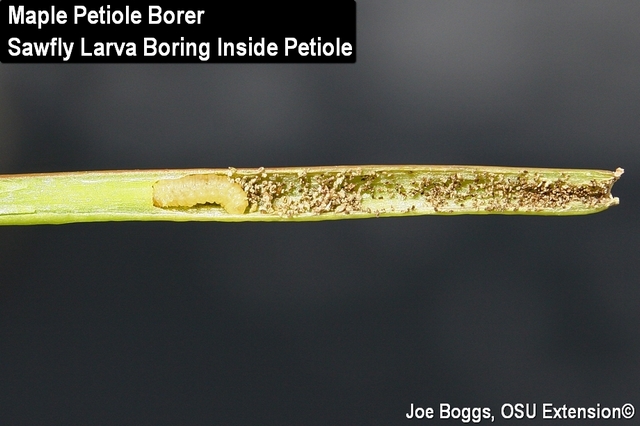 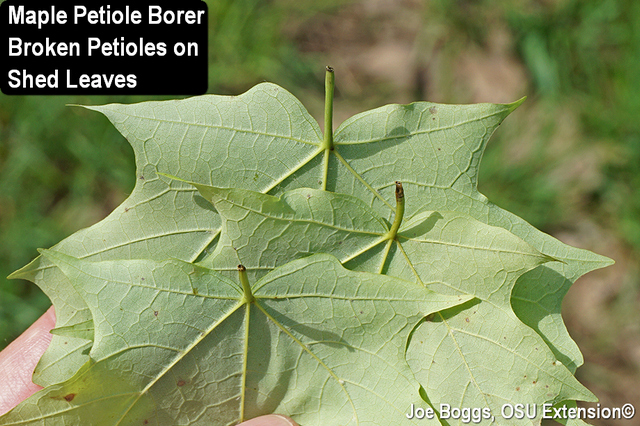 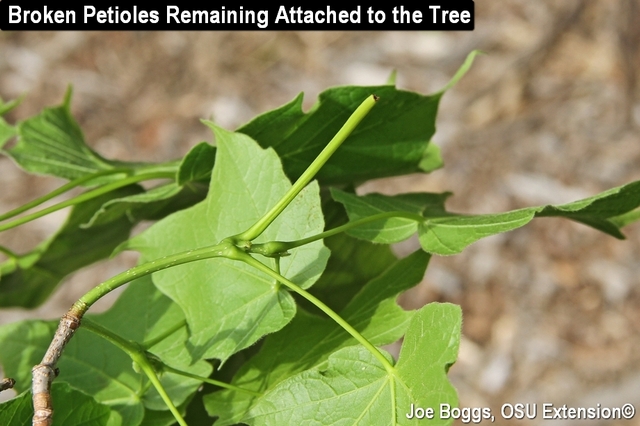 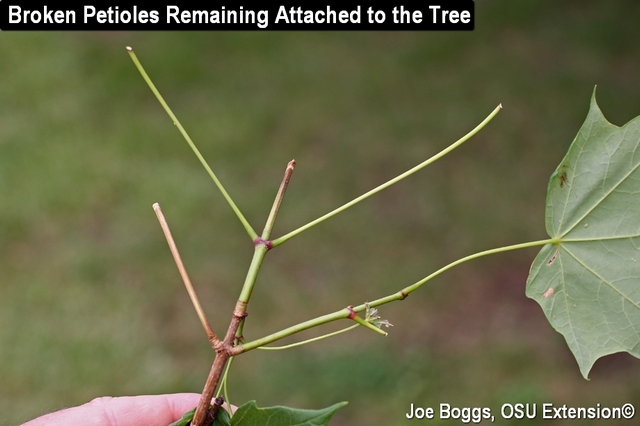 The initial symptoms of a maple petiole borer infestation are highly variable.  Some leaves may become "scorched" and wilted while still attached to the tree with the petioles collapsing and turning brown just before the affected leaves drop.  Other infested leaves show no outward symptoms and appear perfectly healthy when they drop from the tree.  However, all of the fallen leaves will retain only a very small portion of the hollowed-out petiole.  Since larvae stay inside the portion of the petiole that remains attached to the tree, raking and destroying fallen leaves will not reduce the sawfly population. 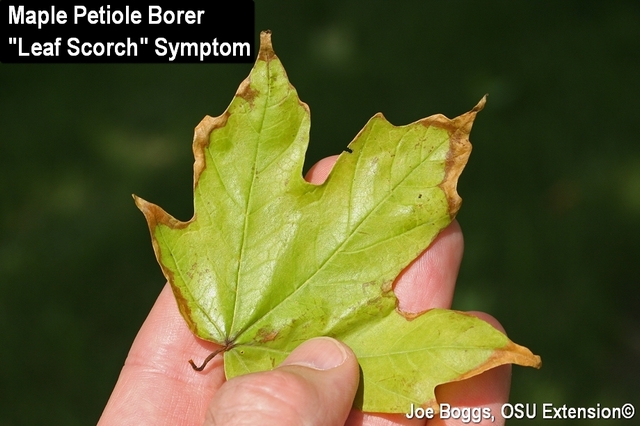 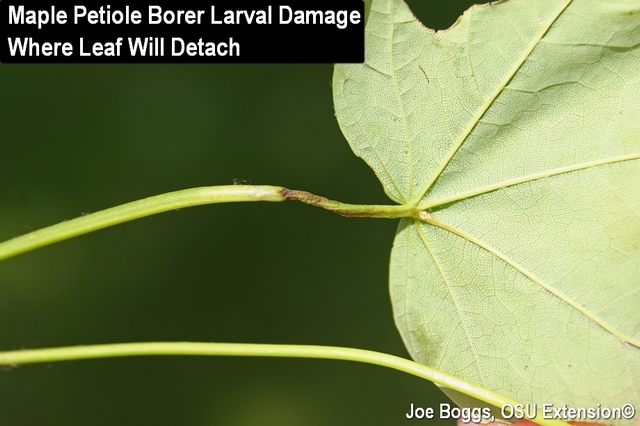