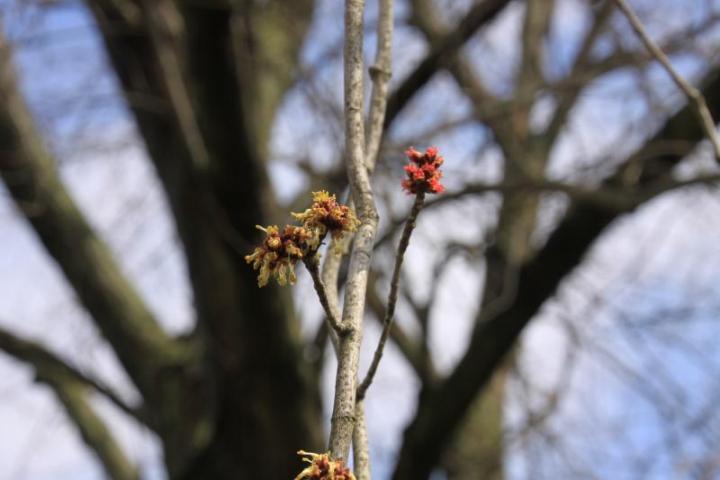 Ever wonder why when passing a Silver Maple (Acer saccharinum) in flower, one week the blooms appear to be a green-yellowish cast and then suddenly, a little while later, the blooms appear to have turned red?  Then the questions begin like, did I misidentify the tree or did I really see light yellow blooms on the branches?  First and foremost, you are not going crazy, and in the case of the silver maple, it is perfectly normal to see both colors of blooms!  According to Micheal A. Dirr's Manual of Woody Landscape Plants, silver maple blooms are described as follows: "Flowers: Monoecious, predominantly staminate or pistilate; greenish-yellow to red, without petals, opening before Acer ruburum, usually in early to mid-March; borne in dense clusters similar to Red Maple, some trees not as showy as Red Maple, female showier than male." And therein lies the answer! 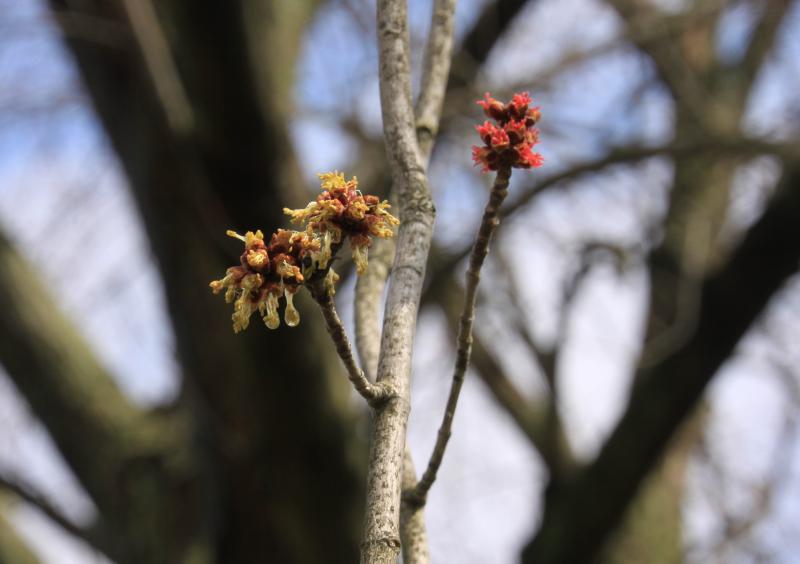 The flowers on an individual silver maple tree will be either predominantly pistilate, and therefore female and reddish in color, or staminate, and therefore male and yellowish-green in color!  So you're not losing your mind, but it is perfectly normal to have both colors of bloom on that silver maple.  So get out there and look closely at those first maple flowers announcing that Spring has sprung! 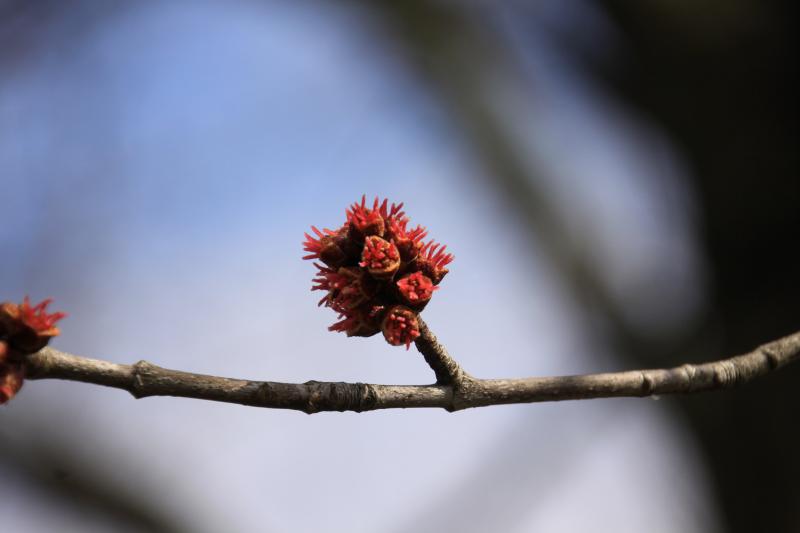