Asian Jumping Worms a Threat to Gardens and Woodlands 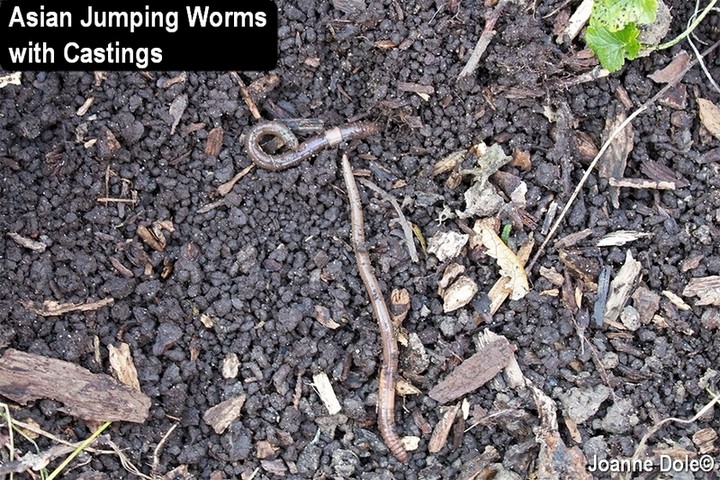 As gardeners, we understand that earthworms are important allies in creating a soil ecosystem that is conducive to growing flowers, vegetables, turf, shrubs, trees or any type of plant.  Deep dwelling earthworms such as common night crawlers create tunnels, which allow air and water to reach plant roots.  Their castings, or excrement, help enrich the soil by adding nutrients such as phosphorous, calcium, nitrogen, and magnesium.

But recently an invasive species of earthworm, the Asian Jumping worm (Amynthas spp.), also known as snake worms or crazy worms for their quick, crazed-like movement, have gardeners in Central Ohio anxiously turning their soil in search of this earthworm which is more destructive than helpful to those who tend the soil. 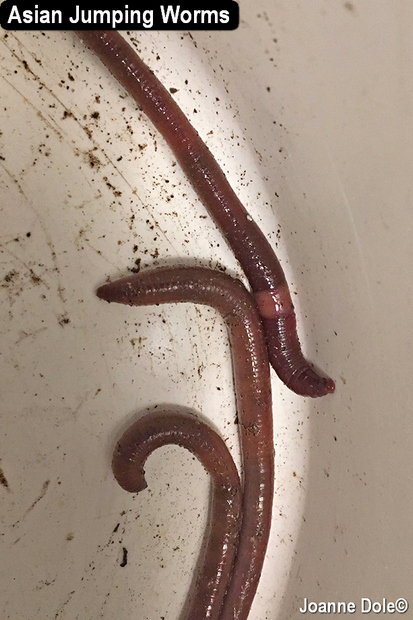 These invasive species of jumping worms from eastern Asia (there are several different species) arrived on the West Coast of the United States more than 100 years ago, and were documented in New York in the early 1900’s. And just because 2020 hasn’t been disruptive or unsettling enough, Asian Jumping worms started appearing in Central Ohio gardens this summer, with several dozen positive identifications from locations throughout Franklin County.

Asian Jumping Worms have been identified in recent years in locations throughout the Upper Midwest and Northeastern United States. Wherever they have been found they have degraded soil quality by voraciously devouring organic matter at the top of the soil, leaving large amounts of telltale castings, which look similar to used coffee grounds. Because these worms live and feed at the top of the soil, they are not effective at deep aeration of the soil and actually create too much pore space, drying out the soil in the heat of the summer. Additionally, these worms create a loose seedbed making it difficult for plant roots to be established, and leaving the soil more susceptible to erosion. The worms have also been observed to feed on roots of young plants. 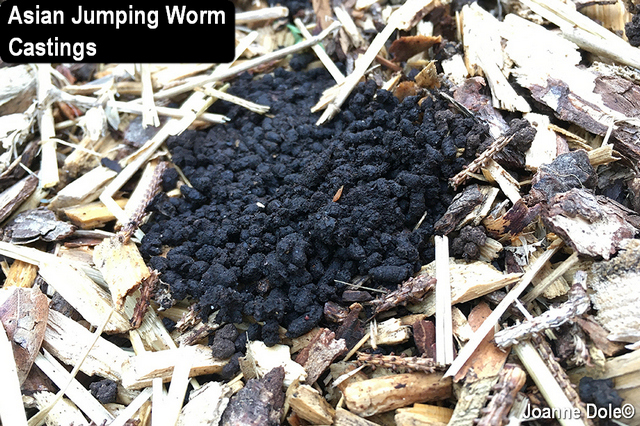 The negative effects of these worms are magnified on the forest floor where they quickly devour layers of leaf litter needed to create humus to build top soil and provide a medium for native plants to germinate. Fewer native plants will result in reduced food supply for wildlife and insects and can lead to reduced biodiversity of Ohio forests.

Identifying Asian Jumping worms may be easier by examining their behavior than their color or size, as they writhe quickly and constantly in large masses. Their movement is more similar to that of a provoked snake than that of other slow moving earthworms. While similar in size to other earthworms, the Asian Jumping worm is brown to grey in color with a distinctive smooth white band (clitellum) that encircles the body near the head. 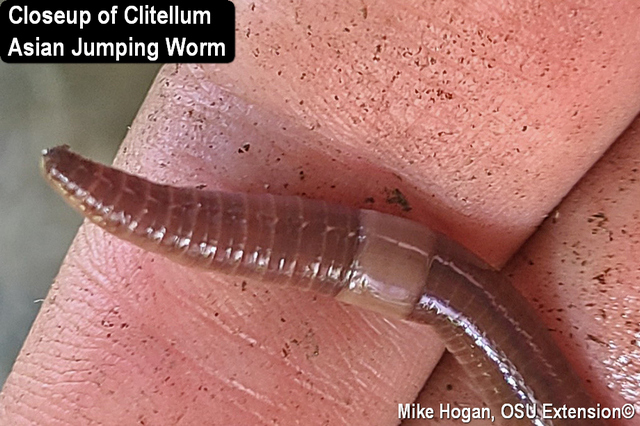 Much is unknown about the long-term effects of these worms, with research currently underway regarding control strategies in different environments.  In order to understand and track the presence of these worms we have developed a reporting site where Ohio gardeners can document locations of suspected populations. Gardeners should visit [ https://go.osu.edu/asianjumpingworms ] to report suspected locations and upload photographs.

Until effective research-based control strategies are developed to keep populations of this worm in check, gardeners should closely examine soil, compost, wood chips, and other soil amendments they move on or off their property. Learn how to identify these worms and educate your gardening friends and neighbors so they too can identify these worms.  If you do find these worms on your property, never share plants or soil with other gardeners.

To learn more about these worms visit our OSU Extension website to learn how one of our Master Gardener Volunteers is attempting to address a large population of Asian Jumping worms in her organic vegetable garden in Worthington. The presentation can be found here: https://go.osu.edu/AJWjdole