Robber Flies: Their Name Says it All 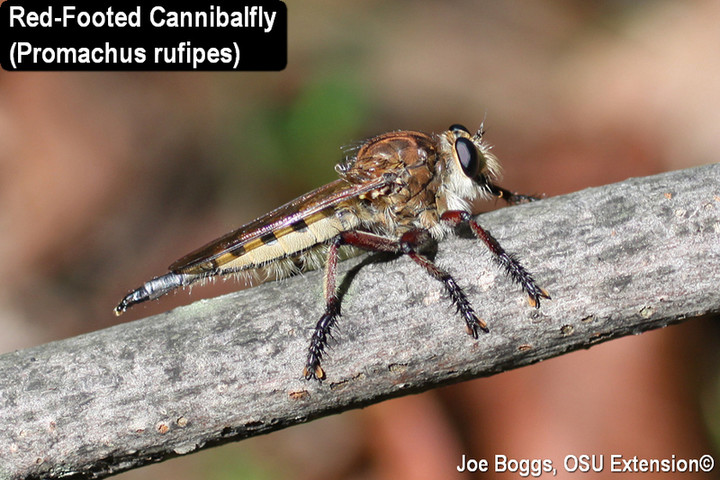 Few carnivorous insects can match the amazing acrobatics and predatory proficiency of robber flies (family Asilidae).  Adults of all species are predators and they will attack a variety of insects including "armed" prey like wasps. 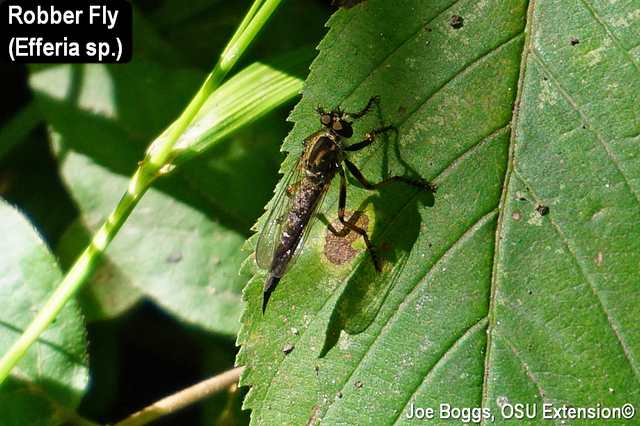 Last week, Tonda Pence from Garrett, IN, sent some beautiful pictures of a red-footed cannibalfly (Promachus rufipes) which is one of the largest robber flies found in North America.  One of her images showed a European honey bee (Apis mellifera) in the clutches of the fly which illustrates the downside of these predators:  they are indiscriminate in their insecticidal pursuits. 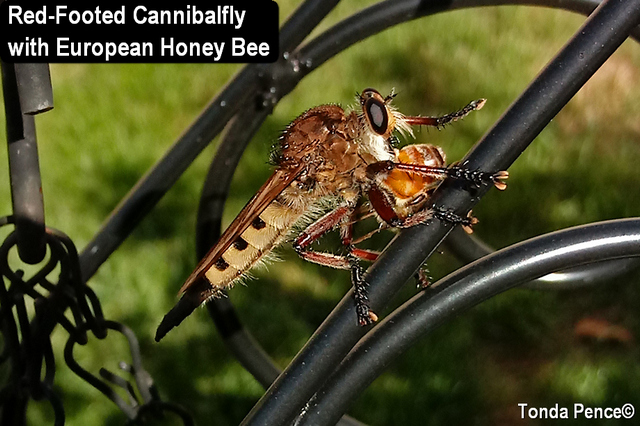 There are over a thousand species of robber flies in North America representing a wide range of forms and sizes.  The red-footed cannibalfly is one of the largest measuring over 1 1/4" in length. 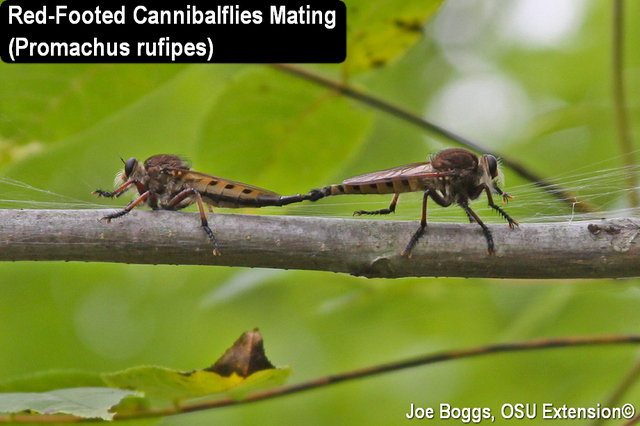 The cannibalfly is a natural born killer with its entire body design supporting its predatory lifestyle.  Their long, narrow body aids in stream-lined flight.  Their stout thorax is packed with muscles to operate the wings and legs.  The ball-like shape of the thorax serves as a battering ram.  Each of their long, dangling legs is tipped with two formidable tarsal claws that function like grappling hooks.

Like many robber flies, cannibalflies take their prey out of the air which requires aeronautical skills matched by few other flying animals.  They make a distinct buzzing sound as they fly, which is loud enough to draw your attention.  If you hear the buzz punctuated by a loud "snap," like someone snapping their fingers, it means the fly has met it prey; literally.  In an amazing display of aerial acrobatics, the fly slams at high speed into an airborne quarry stupefying the hapless insect victim.

The fly then grasps its dazed prey with its claws and uses its piercing-sucking mouthparts to inject saliva containing neurotoxic and proteolytic enzymes.  As if being slammed by an airborne battering ram isn't enough, the neurotoxins paralyze the victim ending struggle.  The digestive enzymes dissolve the internal tissues; it robs them of their life.  The fly then lands and uses its soda straw-like mouthparts to have an insect Slurpee.

Hanging thief robber flies (Diogmites sp.) don't land on a horizontal surface to feed.  Instead, they use their grappling hook-like tarsal claws to hang from a leaf or stem; thus their common name. 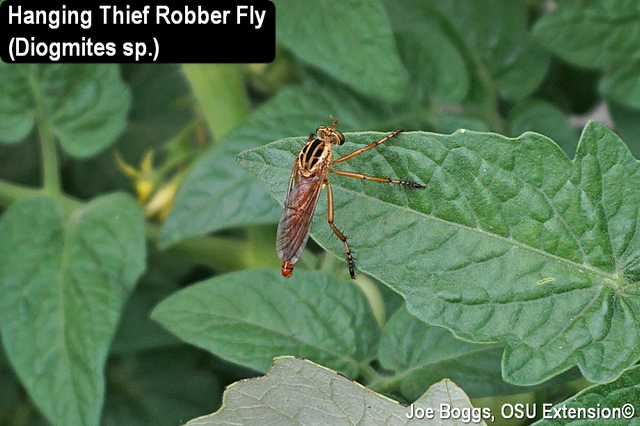 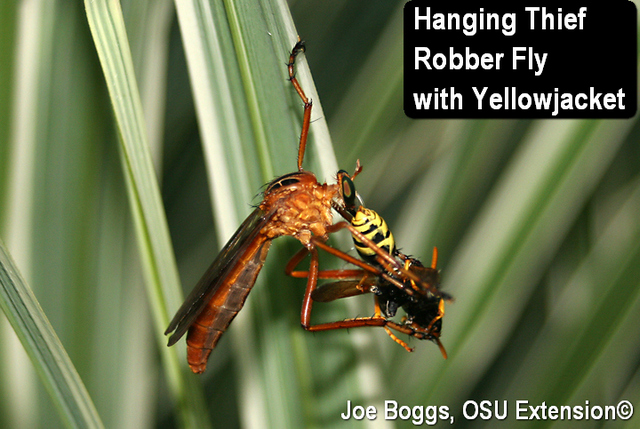 Robber fly larvae are also predaceous and live in the soil, or in decaying wood and other organic matter, where they feed on insect larvae.  Although robber fly adults and larvae rob insects of their lives and are generally considered beneficial, a few species test the limits of "beneficial."  As their common name indicates bee-killer robber flies (Mallophora spp.) commonly attack bees including honeybees.  Likewise, robber flies belonging to the genus Laphria will also attack bees.  These robber flies mimic bees and are sometimes called bee-like robber flies. 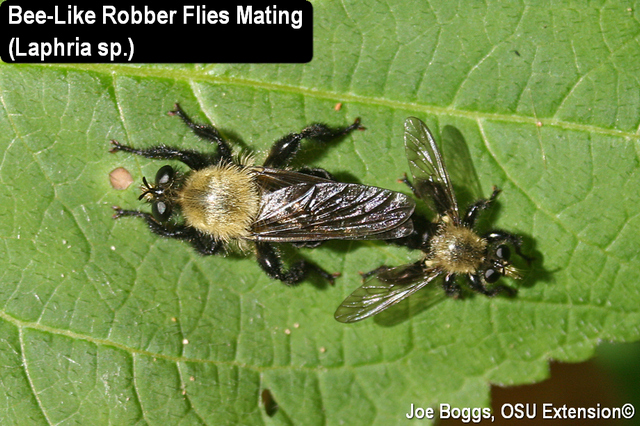